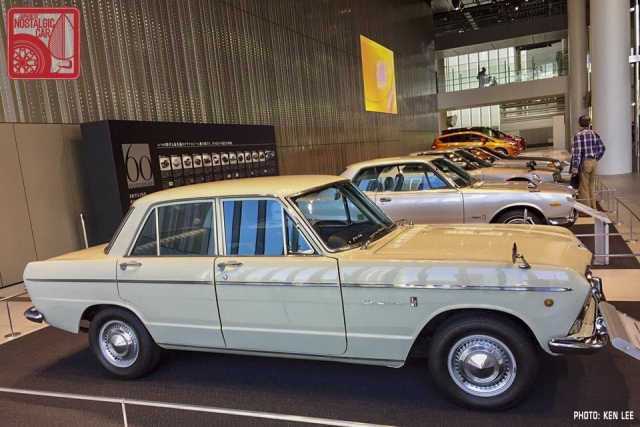 The 60th anniversary of one of Japan’s most influential models is not lost on Nissan. Last month Nissan held simultaneous events at three locations across Tokyo and Yokohama on same weekend the original ALSID Prince Skyline was launched in 1957. While that has come and gone, at Nissan’s headquarters showroom the celebration continues with a new lineup of classic Skylines. 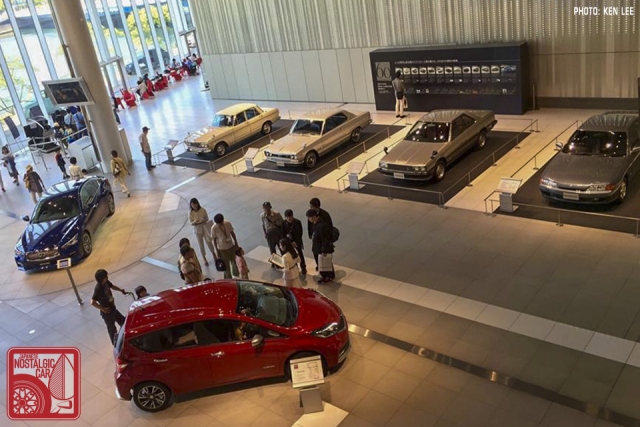 When we last checked in, the lineup consisted of a rare Prince Skyline Sport, an R30 RS Turbo, a gorgeous Kenmeri 2000GTX-E, and a silver 60th Anniversary Edition Skyline (based on the V37 Skyline sold in the US as the Infiniti Q50). 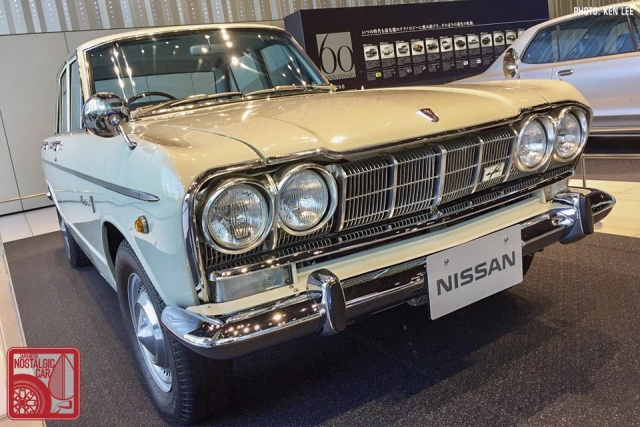 The earliest Skyline in the lineup is now an S54 2000GT, the model that resulted when Shinichro Sakurai shoehorned in an inline-six and sent it out against the Porsche 904 at the 1964 Japan Grand Prix, kicking off the Skyline Legend.

Representing the 80s was an R30 Skyline 2000 Turbo GT-E S with the six-cylinder, 12-valve, SOHC, non-intercooled L20ET under its hood. Though not the FJ20-powered flagship 2000RS, it was still the highest-spec model of R30 upon initial release. It was a confusing time, when Nissan offered a head-spinning eleven engine options for a single generation of Skyline. 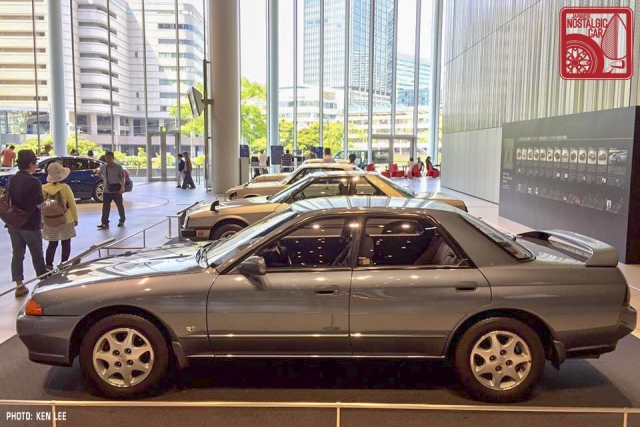 Likewise, rather than the Godzilla GT-R, standing in for the R32 generation was a GTS25 Type X-G sedan, the highest-spec non-turbo variant. If the wheels look familiar, that’s because they were the same alloys that came on the S13 Nissan 240SX. The GTS25 was available in either a 5-speed manual or 5-speed automatic. The latter was one of the first 5AT transmissions developed in Japan. 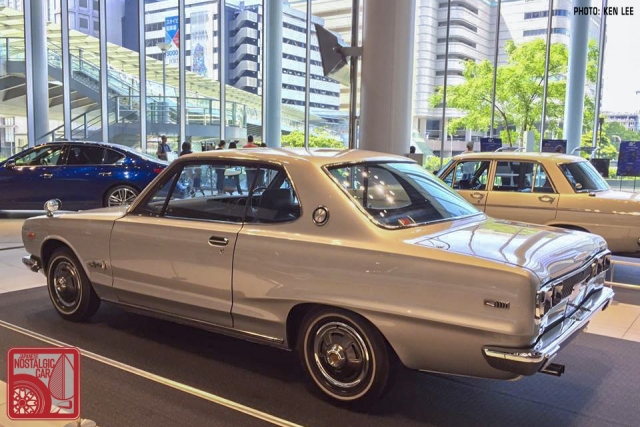 Perhaps the most beautiful of all was a Hakosuka 2000GT-X, sleek and elegant with its surf line and trunk lid unbesmirched by racing accoutrements and stylish hubcaps over its wheels. For those used to seeing aggressive GT-Rs, this specimen simply sits like a work of art, a reminder of how varied the Skyline truly was.

The current display lasts through the end of the month. Special thanks to Nissan designer Ken Lee for the photos.

8 Responses to GALLERIES: Nissan’s 60th Anniversary of the Skyline celebration continues in Yokohama