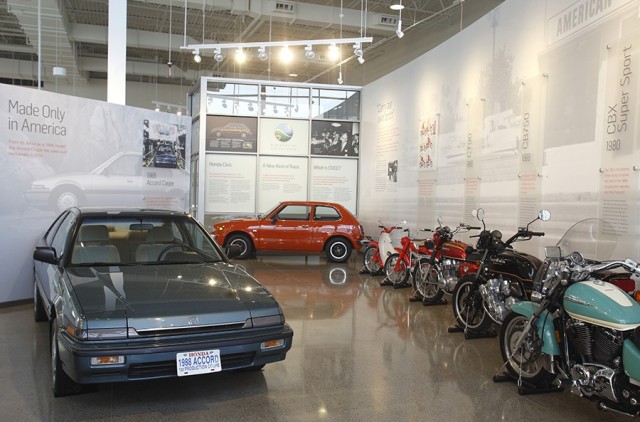 Honda has opened a new Heritage Center at its plants and R&D center in Marysville, Ohio. Take note, this is a different collection of Honda vehicles than the American Honda Collection we recently toured in Torrance, California. This one showcases the whole of Honda technology, from a Super Cub to ASIMO to the Honda Jet, and will be open to the public. 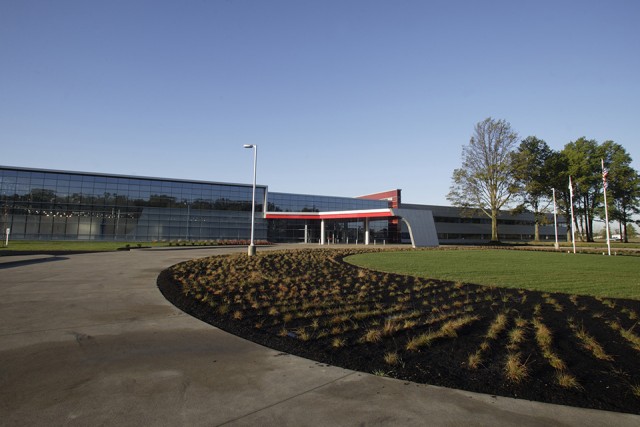 The Heritage Center is part of a new $35 million, 160,000-square-foot facility that also includes a technical development center and offices. Honda mentioned to us that this facility was underway when we were at the Torrance warehouse, and we asked whether the collections would be merged. A Honda representative said that there were no plans to do so. 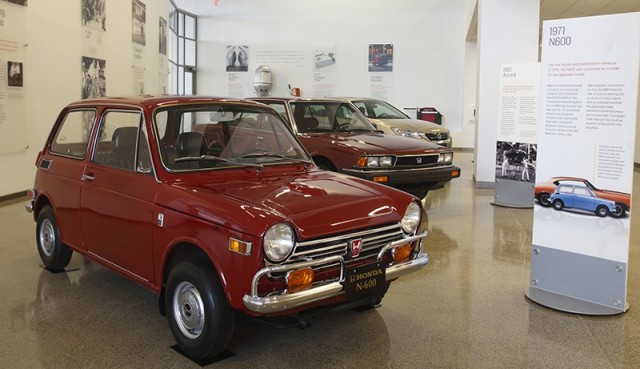 With two separate collections, there are some notable overlaps. Ohio has a Honda N600 too, which is to be expected, but in red instead of the Torrance car’s Astral Blue. By sheer coincidence, on the other hand, the second-gen Accord in both collections is a Regency Red 1983 sedan. 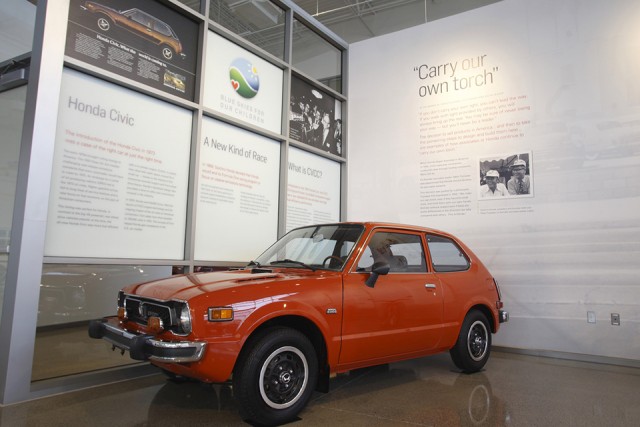 As perhaps the most pivotal model in Honda history, it was no surprise to see another first-gen Civic represented, a 1974 model in Orange to complement the Caroline Yellow 1975 CVCC in California.

Even better, the Ohio collection begins to fill in some of the Torrance collection’s gaps. Note the presence of a 1988 Accord Coupe in the lead photo. In California, a champagne four-door represented the third-gen family hauler, but the most noteworthy fact about this model was that the coupe was US-built and shipped back to Japan for sale. We were struck by its absence in Torrance, but are glad to see that not only is there one in Ohio, but that it’s the first ever production Accord Coupe. 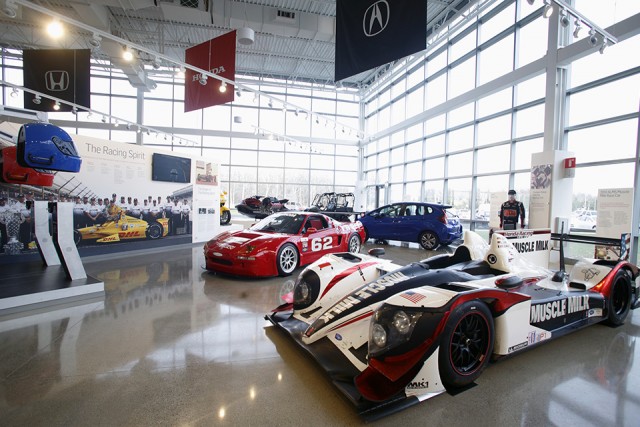 In addition, the Honda Heritage Center will have areas dedicated to motorsports, power equipment, motorcycles, robotics, and even the new Honda Jet. The museum will open its doors to the public in January.