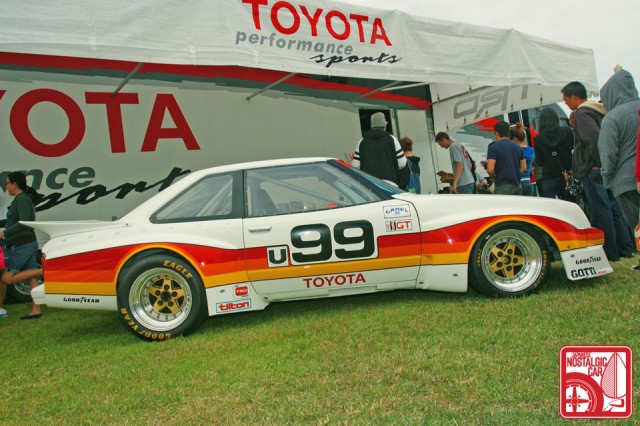 The most famous celebrity driver raced under Nissan’s white-red-blue colors, but their main rival had an Oscar-winner of their own flying the red-orange-yellow. Yes, Nissan may have had Newman, but Toyota had Hackman. After competing in the SCCA Formula Ford series in the 70s, Little Bill Daggett raced Dan Gurney‘s ’81 Toyota Celica in the 1983 Pepsi 24 Hours of Daytona.

Sadly, even Popeye Doyle couldn’t prevent the car from incurring a DNF thanks to a failed gearbox. However, one of Hackman’s co-drivers, Masanori Sekiya, would later become the first Japanese racer to win the 24 Hours of Le Mans and a spokesman for the JZA80 Supra.

Unlike Newman, Hackman never became a Toyota spokesman. Having Lex Luthor himself hawk for Lexus is a missed opportunity if you ask us. Gurney’s All American Racing team would go on to dominate GTO and GTP a few years later, and in the meantime Gurney was featured in several ads for the A60 Supra.

permalink.
This post is filed under: motorsports, toyota and
tagged: 24 hrs of daytona, a40, a60, celica, dan gurney, daytona, Gene Hackman, supra, toyota.