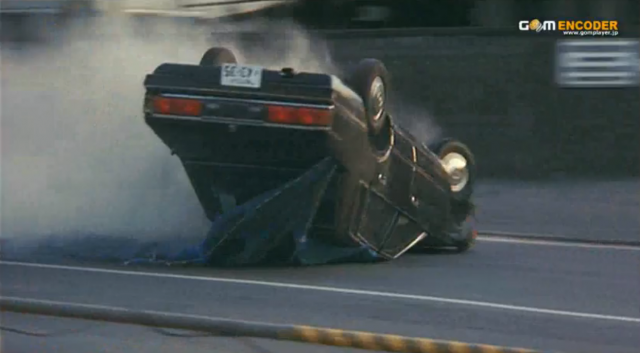 In this clip from 80s Japanese cop show Abunai Deka, a Nissan Cedric 430 unmarked patrol car gives chase to a Gloria Van of the same generation. As you can see, this series doesn’t take itself as seriously as, say, Seibu Keisatsu, which would have ended the pursuit with Daimon arriving just in time to cut the baddies off at the pass and blow the crap out of their driver with a blast from his shotgun. Instead, Abunai lets its heroes play the fools, and even though we can’t understand what’s being said in this clip it still made us lawl.