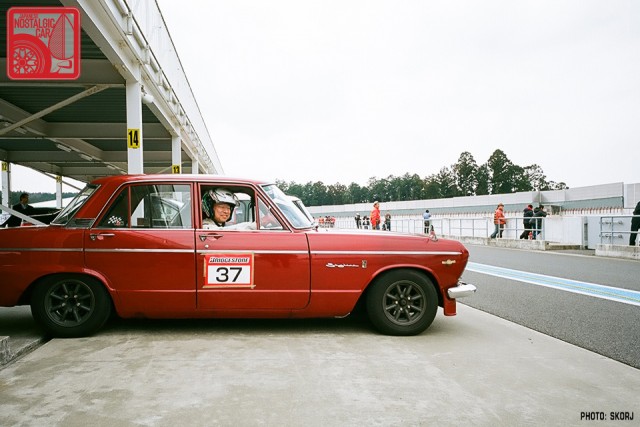 One of the great things about owning a classic car in Tokyo is that you can find a car club revolving around almost any make and model you desire. Soon you’re welcomed into the fold with typical Japanese hospitality, and as a result of my recent purchase of my Sunako blue GT-B, I was invited by the head of the Prince Skyline GT A&B club to come out for an event at Sodegaura Forest Raceway with four other members.

So early one recent morning, Skorj and I hopped into the GT-B and had a nice ride out to Sodeguara, located across Tokyo Bay in Chiba. We took the Tokyo Bay Aqua-Line, a massive $11.2 billion public works project that spans 15.1 miles across the bay via bridge and tunnel, stopping at the floating island Umihotaru Parking Area in between. 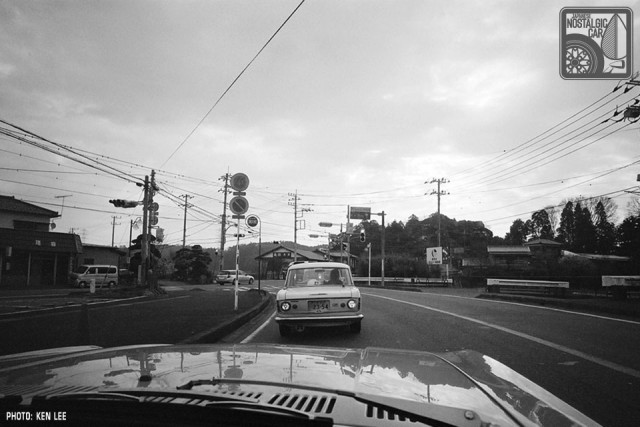 After that it was a ride through the winding roads of Chiba. 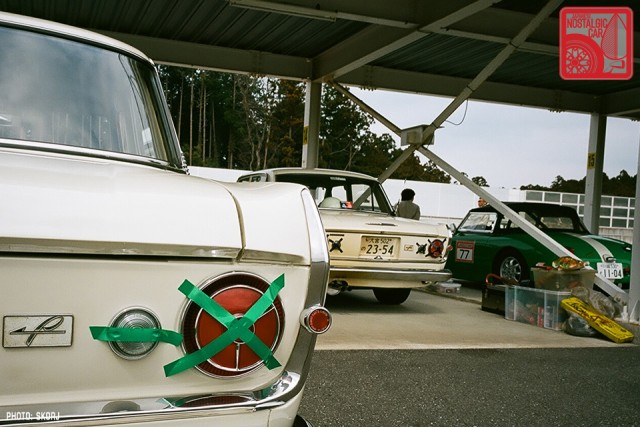 The event was called the Tokyo Bayside Classic Cup, a relatively new vintage racing series for cars built before 1972, though the rules are fairly relaxed and sometimes newer cars are allowed as well. The goal is simply to enjoy driving the cars. The TBCC is run four times a year, and this was their second season’s last race.

Because this is Japan, it attracted a diverse collection of cars came out to race, from Lotus Europas to Ginettas. Where else can you find a Ford GT40 next to a Galant VR-4, or a Morris Minor on Hayashi Streets? 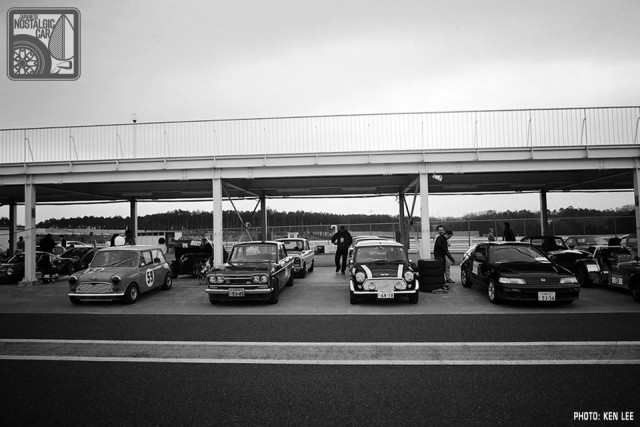 As the Skyline GT A&B Club lined up in the paddocks it became clear just how slim the S54 is. The Skyline measures 1,495mm wide, while the original Mini is 1,410. That’s less than four inches of difference, and yet the Skyline can seat four comfortably. By comparison, even the CRX seems enormous. 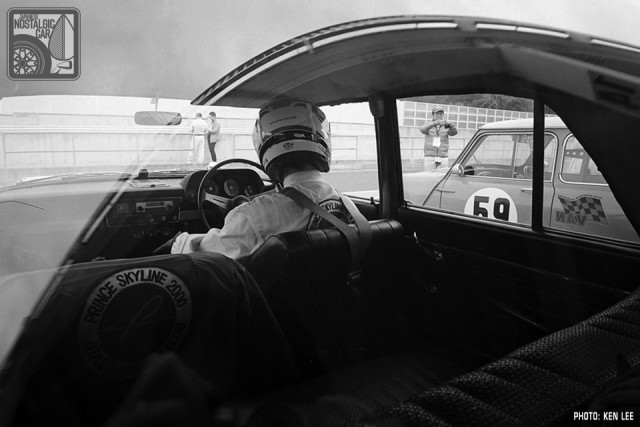 Sodeguara Forest Raceway is a relatively recent addition to the roster of Japan’s road courses. Opened in 2009, the circuit has 14 turns and is 1.5 miles long (somewhere between Tsukuba and Fuji Speedway in terms of length). 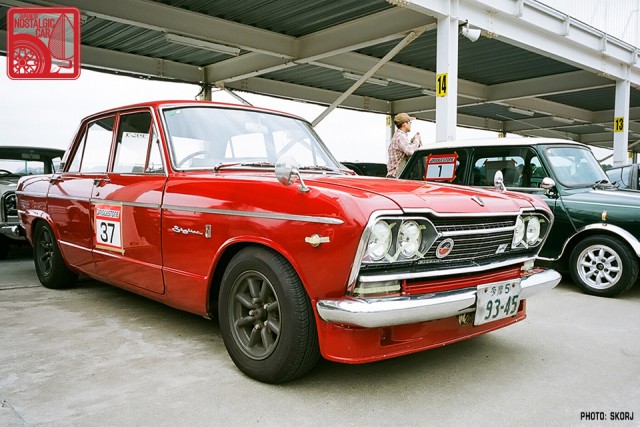 The day was divided into different runs depending on your skill level: family drive, non-timed race, and remote timed race. The Skyline club ran in the non-timed race.

This gorgeous GT-B belongs to one of the club members. It is a perfect shade of 1960s red, not overly bright but bold enough to mean business, especially when paired with Watanabe wheels in gunmetal. 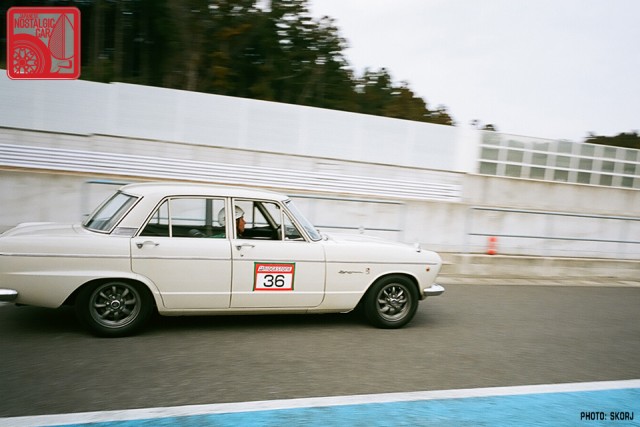 There are 40-50 members of the Skyline GT A&B Club across Japan. This white one belongs to the club president. The engine has been modified to a 2.5L with period correct racing modifications. I confirmed this morning that both two owner cars — most likely exchanged within the club. The off-white one had a new plate made with the old number. 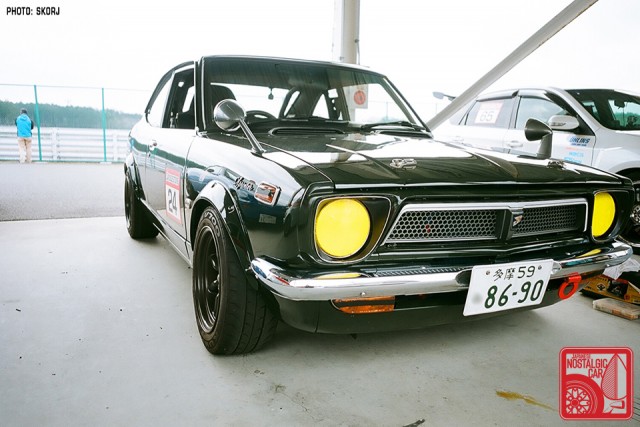 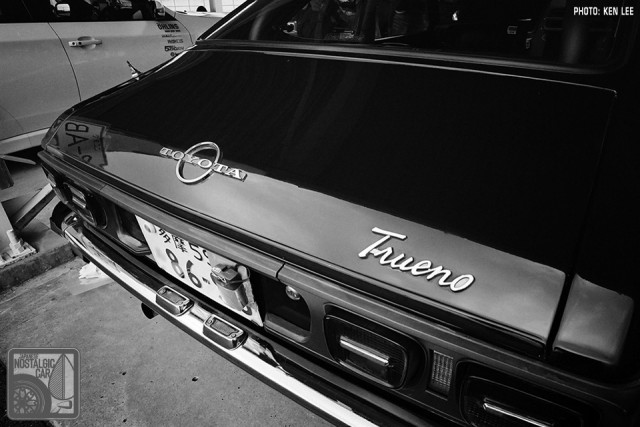 With angry yellow headlight covers and glossy black Wats matching its glossy, deep green coat perfectly, this Sprinter Trueno could very well have been the meanest TE27 on the planet. 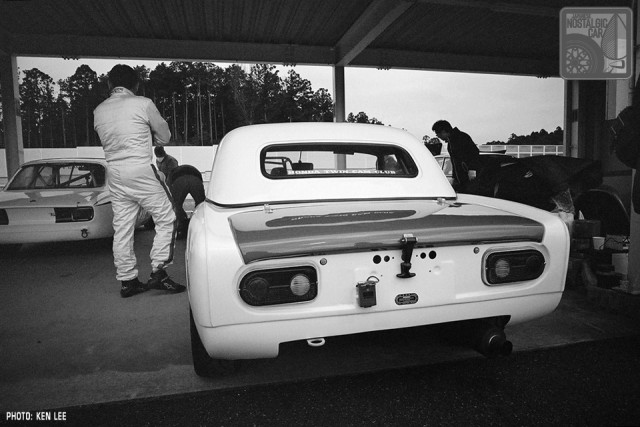 A very dedicated member of the Honda Twin Cam Club showed up in a lightened S800. With bumpers, chrome trim and interior panels removed, as well as speed holes elegantly drilled into the rear panel, the car must have weighed quite a bit less than its original 1,565 pounds.

However, the car wasn’t just tacked on with go-fast parts and slathered with stickers. The owner was clearly a man of refined taste, preferring the “less is more” philosophy of car building. When he popped the hood, we were able to understand exactly why the motor sounded so fantastic — 10,000 rpms Keihin CR carbs and ITBs.

Painted white with red hood and trunk panels, it evoked the livery of Honda’s 1960s Formula One machines. The driver, naturally, had a matching suit with similar vintage style. It was simply a stunning example of a proper racer, not simply purposeful but beautiful as well. 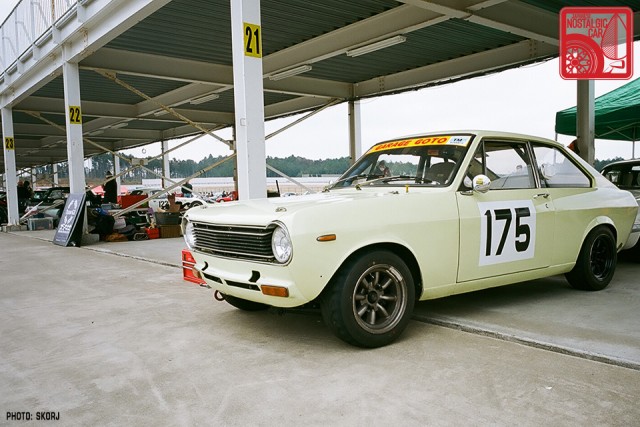 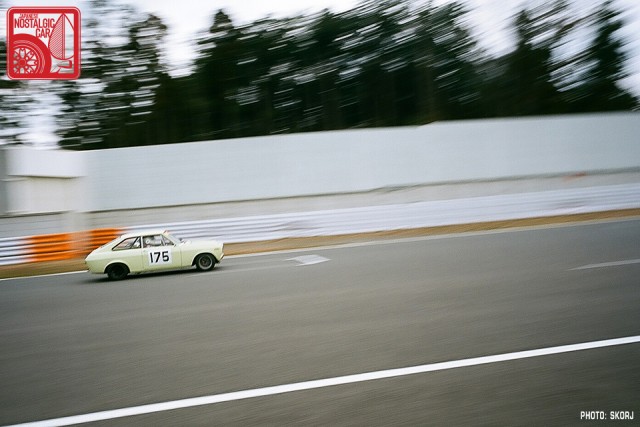 Garage Goto in Chiba may specialize in vintage Alfa Romeos, but the owners are also big fans of the B10 Sunny. Their work on the Nissan A10-powered cars isn’t heavily publicized, but they clearly know how to make a 1.0L Datsun go. 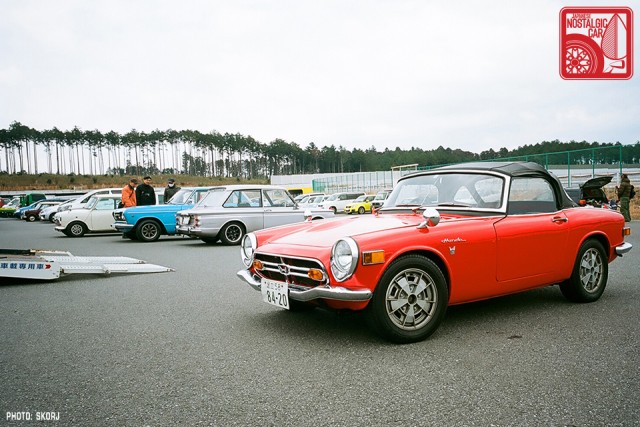 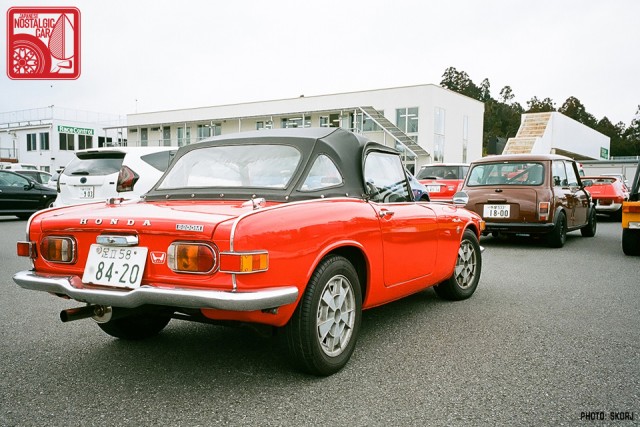 Found lurking on the premises was a Honda S800M, a late model built to satisfy safety requirements in various export markets. Large side markers and reflectors, safety glass and more fuel efficient carburetors indicate that Honda intended to sell the S-Series in the US, but it never came to fruition.

Lastly, where there are large open spaces frequented by petrolheads, there are project cars waiting to be resurrected. Parked by a shed was a Nissan H130 Cedric Special Six among a pack of 90s kei cars. It would be very cool to see an example of this Seibu Keisatsu staple joining the rest on the circuit. Season three of the Tokyo Bayside Classic Cup starts sometime in June.