Way, way back in the day, nisei (the Japanese word for second-generation Japanese Americans) held informal cruise nights all over the greater Los Angeles area. They were some of the first guys ever to modify 510s, Celicas and the early Mazda rotaries. Eventually, that evolved into an actual show, the Nisei Showoff, sometime in the early-to-mid 90s. There’s a lot of history there, but sadly, this will be the last one.

Originally called the Import Showoff, the show underwent a name change when it was incorporated into the nearly 70-year old Nisei Week Festival in Little Tokyo. And as any Angelino knows, Little Tokyo has been morphing the past couple of years. New luxury condos and annoying hipster clothing chains have sprung up, taking up real estate. By this time next year the parking area where the Nisei Showoff takes place will be gone.

FF compacts and large FR turbo machines dominated the scene for much of the Naughties but a welcome resurgence of J-tin, like this bright white E20 Corolla with matching painted Longchamp XR4s, turned out to see the Showoff off.

Most people prefer the quad-headlight version of the TE71 Corolla and we tend to agree, but a beautifully stanced TE71 Corolla can overcome any reservations about squares up front.

We were not allowed to touch this 510.

The AE91 Corolla hardly gets any love at all, but this car is proof positive that anything can be improved with the addition of fender mirrors. A heap of JDM trim pieces and sexy TOM’S wheels don’t hurt either.

Everyone’s favorite of the show seems to be the TE72 Corolla Wagon in the lead photo, and we can’t blame them. Bright white Diamond Race customs are a sharp contrast to the metallic brown body and you could probably fit a wedding cake in each one.

Chalk up the Nisei Showoff as another victim of gentrification. But it’s not over yet. The organizers have put together the Mega Matsuri Car Show (named after local festivals in Japan) to carry on the torch. 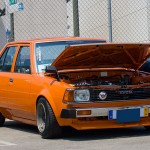 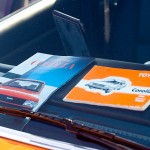 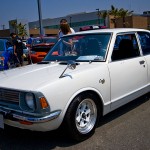 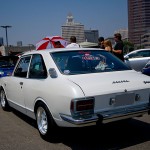 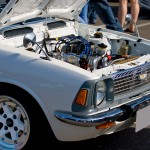 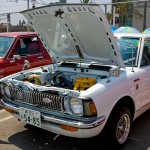 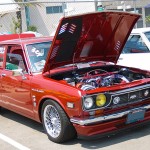 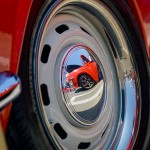 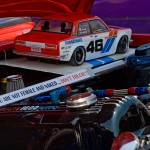 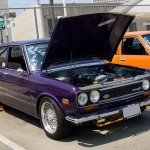 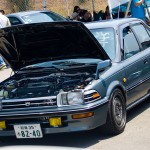 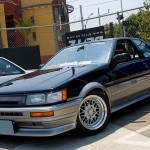 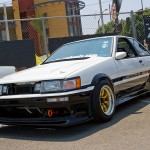 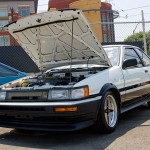 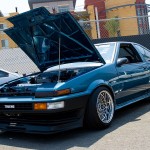 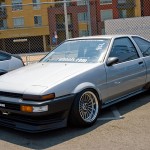 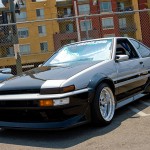 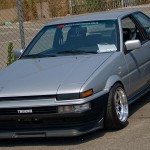 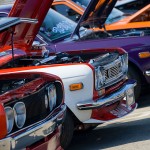 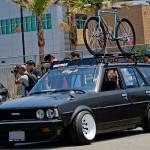 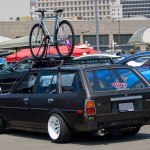 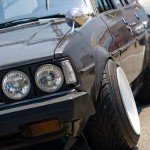 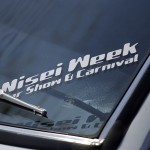