EVENTS: The Best of Radwood 2 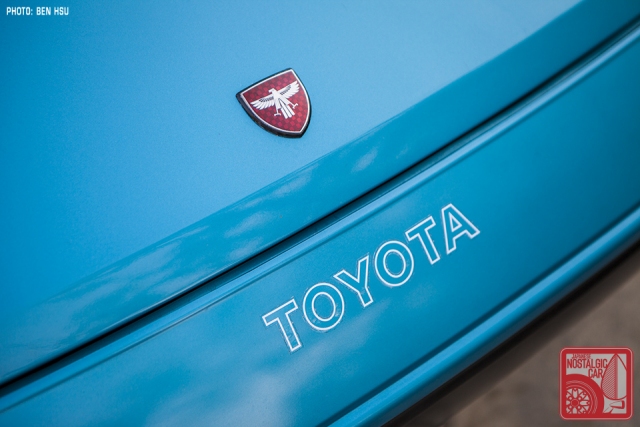 Among the, like, totally awesome cars of Radwood were a few that hit us in the face like a blast of Drakkar Noir. This isn’t a scientific polling, because who wouldn’t want to take home the Wolf’s NSX, but just a few cars that we and the Radwood judges felt best captured the spirit of the 80s and 90s.

First up was Kris Taylor’s 1988 Subaru GL hatchback, whose 1.8-liter boxer motor just passed the 90,000-mile mark. It’s been a SoCal car its whole life so it likely has never seen snow — a rarity for a Subaru. It still had the original “New Car Delivery Sheet” and all the pamphlets one got when they bought a Subaru in 1988. We also dug the Sony double-deck boom box and VHS camcorder. Props for the props.

In a similar vein, Randy Carlson festooned his all-original 1984 Honda CRX with all sorts of 80s memorabilia. A beautiful car already, it was made even more so with the addition of a ghetto blaster, a collection of cassette tapes, a Noid figurine and, shockingly, a bag of Doritos with its 1980s packaging still in tact. 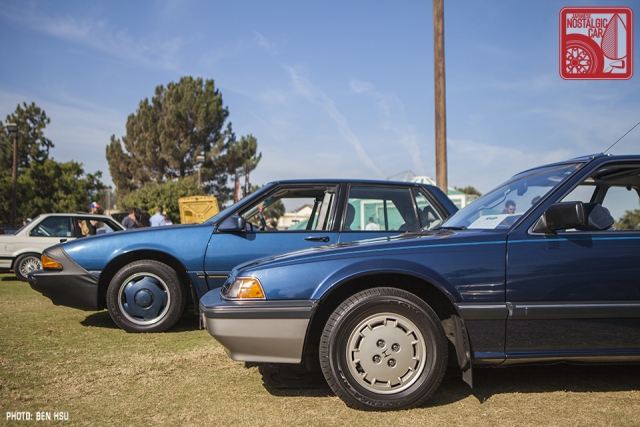 Only a select few got to take home a super gnarly Nintendo cartridge trophy. Internet Brands, a large online forum conglomerate, sponsored some of them so there were certain marque-specific categories. For example, the Honda-Tech.com award went to Chris Green’s 1986 Honda Prelude, which won the JNC award at JCCS 2014 and just passed 50,000 clicks on the odometer (on a side note, the daily driven Pontiac Bonneville SSE next to it was also pretty impressive). 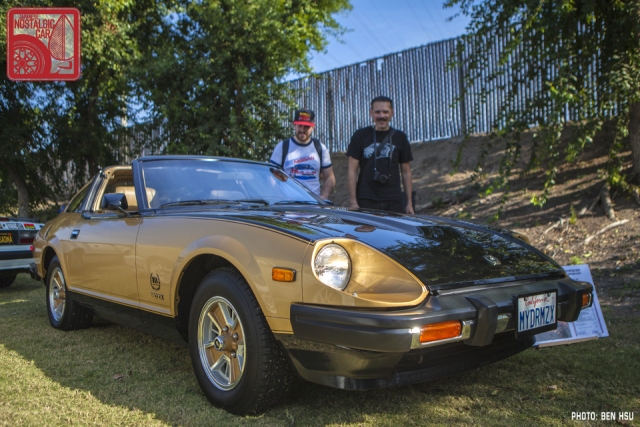 The rest of the winners were divided into American, European and Japanese categories, along with a few brand-specific ones and fun awards like “best dressed” for the costumes (the winner is said to have been pulled aside at airport security for his briefcase full of fake money and cocaine). For the J-tin, the sole Black Gold Datsun 280ZX took home third place. 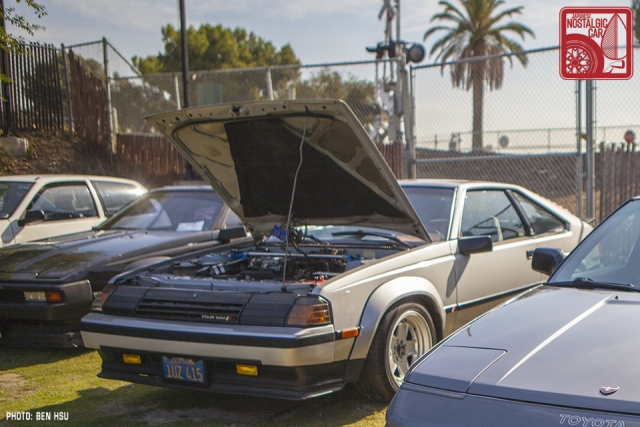 Second place went to a veteran of the SoCal’s Japanese classic car community — Frank De Jesus’s RA65 Toyota Celica GTS. Not only was it one of the cleanest A60 Celicas and Celica Supras at the show, but it has a Lexus 1UZ V8 under the hood. Even more impressively, it’s his daily driver.

First place went to an incredibly original Acura Integra Type R. Glorious in Championship White, it was the lone example at the show and a pristine specimen. It probably says something that an ITR won when there were multiple NSXes at the show, but this is reflected in real-world prices. Unmolested ones trade at around $40-45,000, often matching the prices of early NSXes. 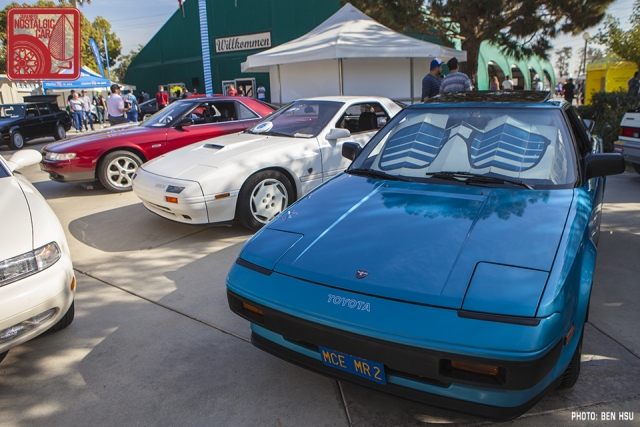 However, if the JNC staff had to choose one car to give the gold Zelda cartridge, it would be Mike Evanoff’s 1985 Toyota MR2. All first-gen MR2s have brilliantly 80s angular styling, but early ones have just a few more lines before some of the trim and edges were rounded off for the mid-generational facelift. Mike’s is also finished in the original 8B8 Light Blue Metallic, an almost turquoise hue that a defining wavelength of the era. Both our Touge California rallymaster Patrick Strong (a former AW11 owner) and I agreed, it is the best color for the MR2.

If you really want to seethe with jealousy, there’s the story of this particular MR2. Mike, a former AW11 owner, had been wanting to reconnect with another one. Most of us would then slog through mountains of half-baked Craigslist ads but he just happened to come across this most perfect example at a local cars and coffee with a “for sale” sign in the window. 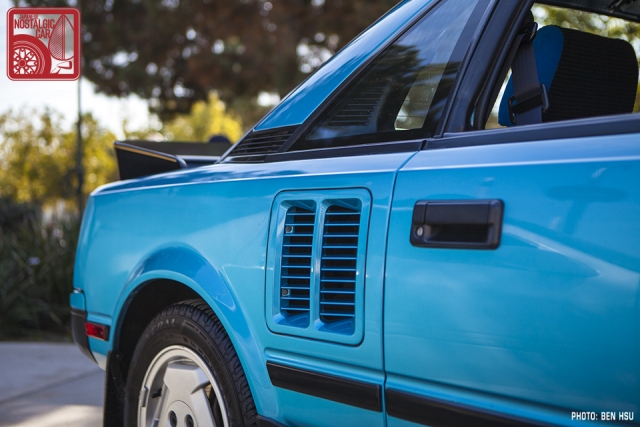 It was owned by a former Toyota technician, who had kept the original window sticker, paperwork, and even a not-for-public-consumption AW11 training manual. It has just under 75,000 miles on the odometer and had been cared for as if it was the emperor’s first-born. Needless to say, Mike snapped it up and is never selling it (we had to ask).

And with that, our Radwood 2 coverage concludes. We can still see the vivid lipstick reds, cocaine whites, and AW11 turquoises in full color while the Duran Duran plays. Later, skaters!

15 Responses to EVENTS: The Best of Radwood 2