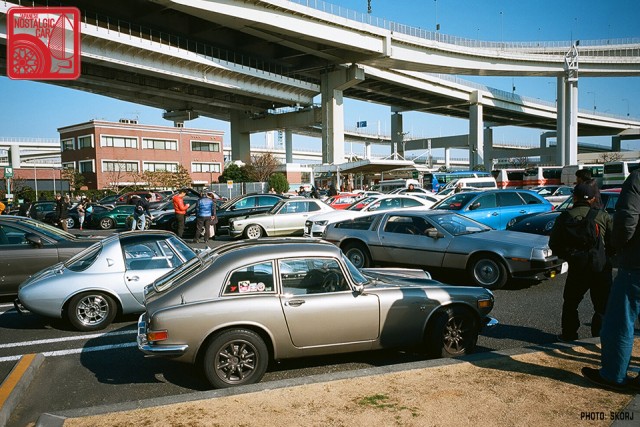 Located right off the famed Wangan Bayshore Route in Yokohama, Daikoku Futo PA is a congress for car fiends. As die-hard fans of JDM-land know, representatives of any and every type of Japanese tuning subculture come together to appreciate the many facets of  the customized automobile. It’s like Cars & Coffee without the coffee, unless you toss a few yen into the ubiquitous vending machines. On a recent Sunday morning, the lot was full by 9:00 am. 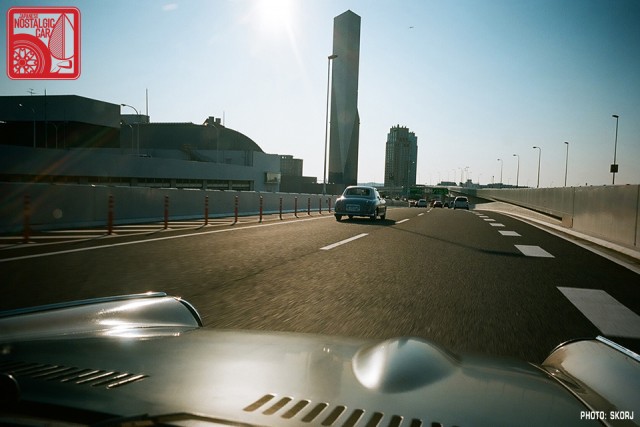 The ol’ S800 had just come back from getting some head work done, and it was the perfect opportunity for a shakedown. Near Odaiba on the way out of Tokyo, we shared the Wangan with a Nissan Figaro. 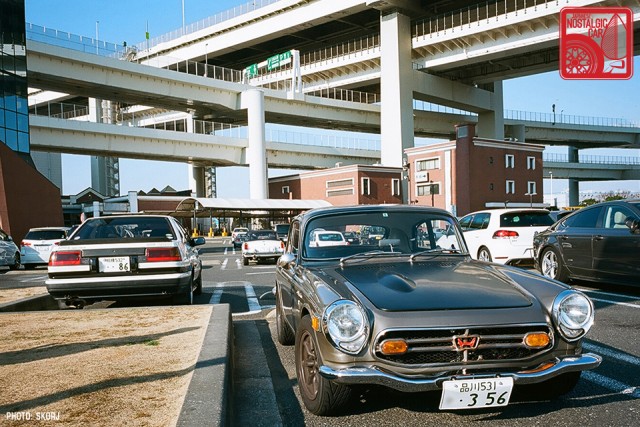 The spiraling ramps and soaring concrete pillars of the Daikoku Interchange provide a unique backdrop to the PA, or Parking Area. Though plenty of travelers in regular cars simply use the stop as a rest area, you might also be joined by a surprisingly unmolested AE86 Coupe or  couple of MGB fans. 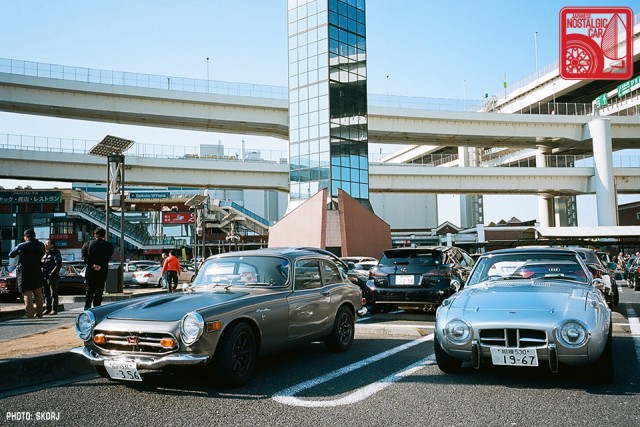 If the owner of a similar car cruises by, and there’s a space open, they will often park beside you for a bit of impromptu camaraderie. Fifty years ago, the Honda and the Toyota Sports 800 would have been rivals on the circuit. Today, they’re brothers in arms in a sea of over-gadgetized Audis and Lexus hybrids. 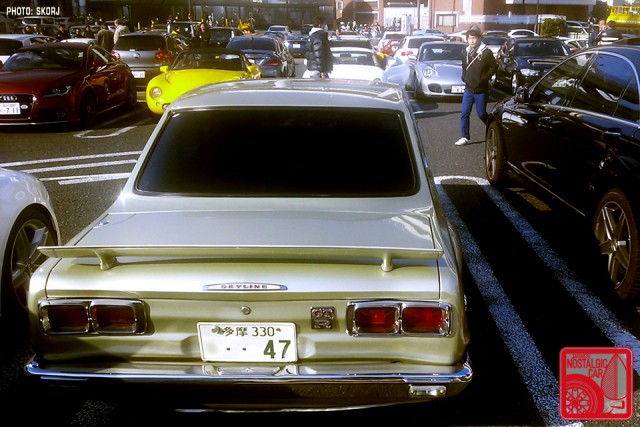 Space is limited though, so other times you get a Hakosuka invading a corner of modern German luxury cars. Incidentally, the “47” on the license plate is likely a reference to Showa 47, or 1972 on the Japanese calendar. 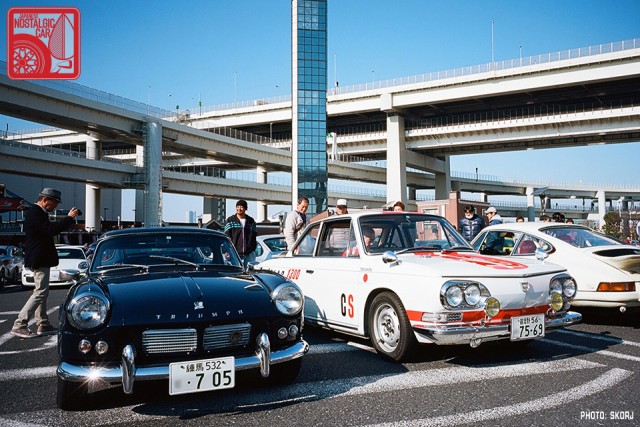 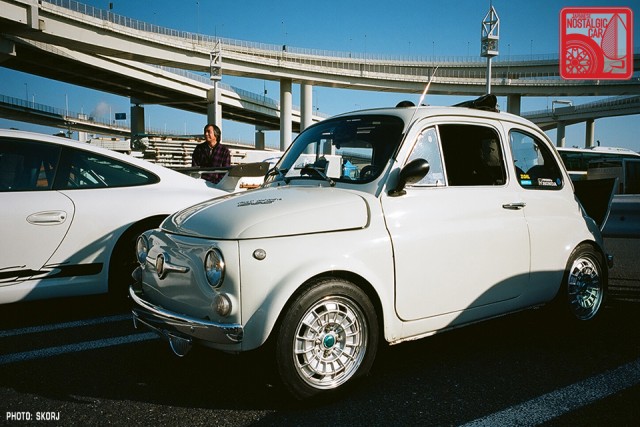 Of particular note was a Fiat 500 that looked simply like one of the many classic Italian compacts that populate Tokyo. However, its Mugen NR10 wheels give a clue to the Honda Civic 1500 engine that lies under the hood. 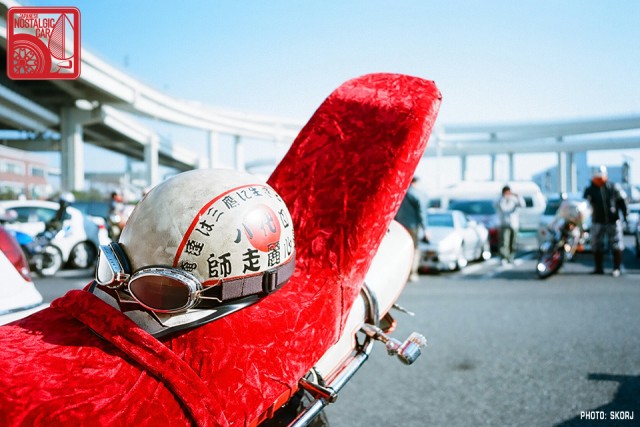 On this particular day, a squadron of bosozoku bikers made an appearance. The stylistic importance of a velvet seat, hinomaru helmet and aviation goggles cannot be stressed enough. 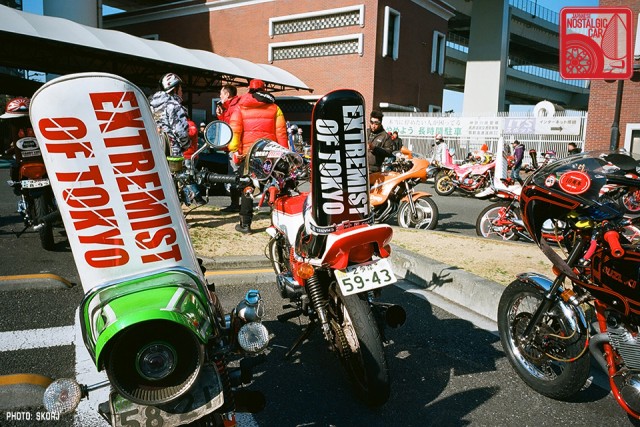 A colorful array of bubble fairings and backrests populated the section, with the notable inclusion of a single Kenmeri Skyline taillight used by one enterprising speed tribe member. 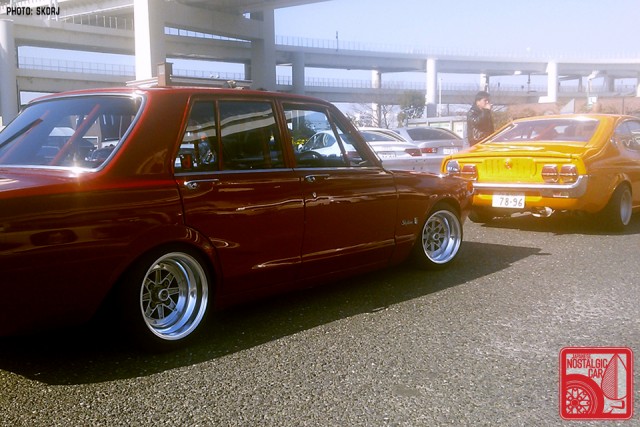 Soon their four-wheeled counterparts descended on the festivities. Unfortunately, it was around this time that this photographer’s camera ran out of film, thus resorting to a keitai to take the remainder of the shots. 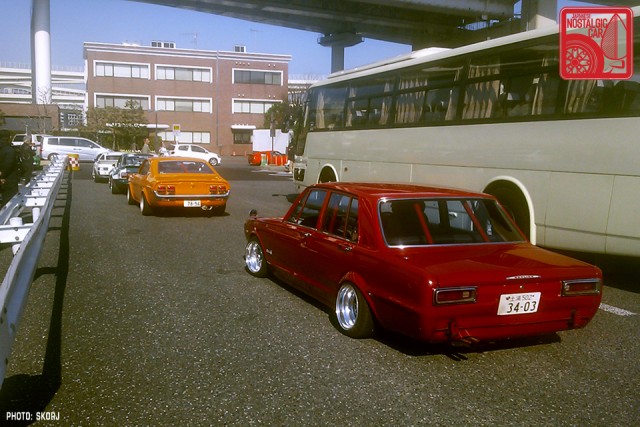 Following a cadre of rotaries, including a rare-even-for-Japan Mazda Luce RX-4, was a devastatingly beautiful 4-door Hako on SSR MkIIIs. 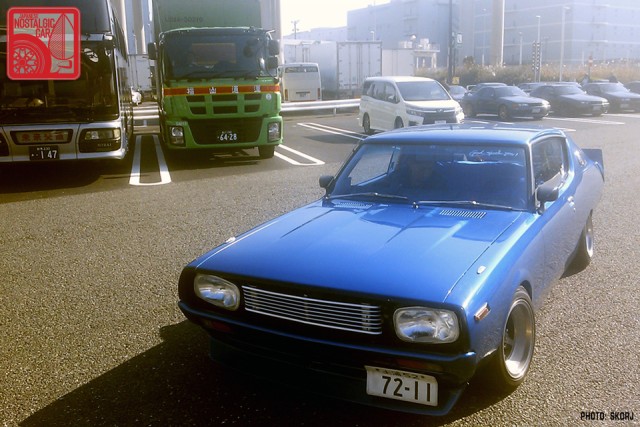 Nearby, a Kenmeri that came straight out of the 1970s looked as if it could have been an Aoshima kit. 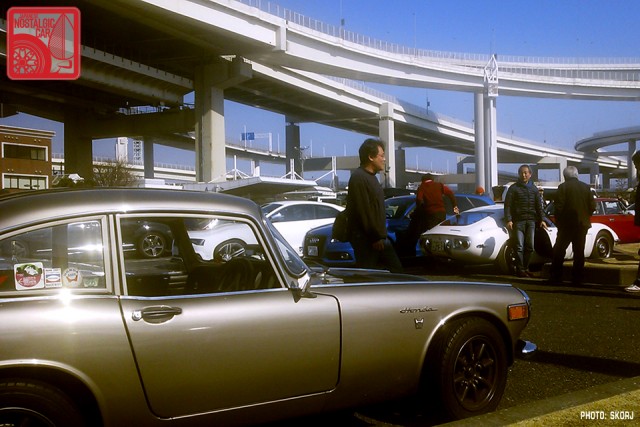 And finally, Daikoku Futo might just be the only rest area in the world where one can catch sight of a million-dollar Toyota 2000GT in the wild. We must go back.