Welcome to the second and final installment of our SevenStock XII coverage (Click here for Part 1). It was hotter than the the ninth level of Hell that day and easy to see why southern California was on fire for a month. Still, plenty of Mazdafarians came and went, cooling issues be damned!

Let’s begin with the most sublimely insane. This is a Mazda R100 in vague shape only, the rest is an insane quarter-mile eater. The R Power crew rolls deep with some of the cleanest old rotaries around.

Mazda’s last Le Mans attempt, the 1992 Group C MX-R01. This car may have received blessings from a Japanese temple, but following the 787B’s victory the year before, a mile-high stack of rules changes ensured a Mazda rotary would never win again.

In Part 1 it seemed like every RX-2 had a vinyl roof on it. We shudder to think what it might look like under some of those moisture-trapping canvases, but luckily this clean, green machine didn’t have one — yet retains the side stripe. Did they ever install them on sedans?

We saw this flat black RX-3 at MazFest, and we still wouldn’t want to meet it in a dark alley. That angry mug must have given hakosuka drivers many a nightmare.

We know the later 1st gen RX-7s are supposed to look more aerodynamic and thus “better,” but we just might prefer the Series 1. There’s something to be said about integrating a metal bumper so seamlessly into a shape this svelte.

This metallic gray RX-2 was Dan’s favorite of the show. Not only was it flawless, the mild drag-style staggering of reasonably sized wheels didn’t overwhelm the car itself.

My personal favorite was this dark metallic gray Series 1. It has the aforementioned metal bumpers that I’m so fond of and nicely fitted wheels of restrained diameter. I absolutely love the four headlight, upright grille and chrome bumper look of 70s Japanese cars so it was hard for me to pick this 7 as my fave. But when you consider what the typical American car of 1979 looked like this thing was downright space age, and had a space age motor to go with it!

Two rotaries in one parking space. How? The motorcycle in the bed of this REPU is a Suzuki RE-5, which does indeed have a rotary engine. It was sold from 1975-76, but poor sales forced Suzuki to abandon plans for successive rotary bike projects.

Yet another blue Rotary Engine Pick Up. Someone at the REPU factory must have ordered too much blue paint by accident. We’d love to see a well-patina’ed one slammed and pinstriped with a shop name — written in hot rod font, of course – on the doors.

This 1989 Mazda B2000 pickup was built by famed rotarians Racing Beat for Mazda and christened California Haulin’. My goodness, that neon blue color scheme could out-80s a 24-hour Miami Vice marathon.

It gets interesting inside though. Gone is the four-banger, replaced with a Turbo II motor mated to an off-road 4-speed automatic. It only has about 3200 miles on it.

The interior was wrapped in Connelly leather and the bed is equipped with a pink jetski pad. Garish, perhaps, but an interesting piece of history from an old school tuning house.

As with any rotary meet, not all the cars were Mazdas. The Datsun 510 swap is practically commonplace now, but this is the only wagon we can recall seeing.

A rotary A54 Mitsubishi Colt! This is one way to get your name on the Triple Diamond Mafia’s hit list. Normally inter-marque swaps are a no-no, but the Mazda rotary and Honda F20C are the only engines I am okay with in any nostalgic. John would add the Nissan SR20 in there, but that’s why we call him Datsunfreak.

Well, at least this NA MX-5 Miata started out as a Mazda. Anyone who calls this a “girl’s car” can drive their Hummer H2 right off a cliff.

There are a few more pics in the gallery below. We hope both Mazdafarians and the unconverted enjoyed it alike. Now get ready for JCCS! 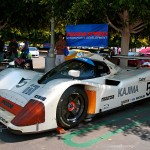 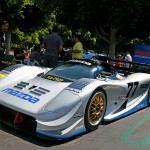 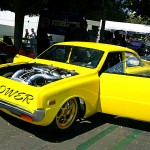 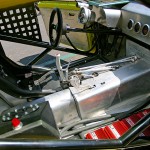 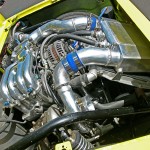 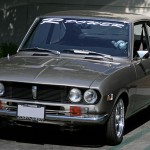 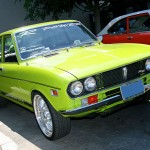 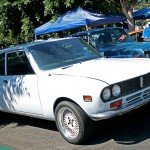 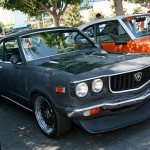 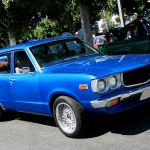 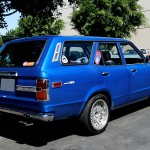 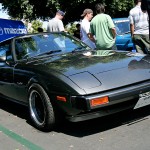 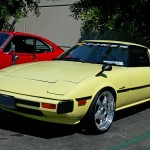 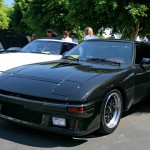 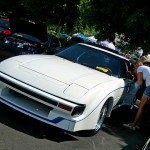 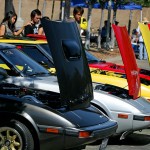 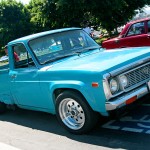 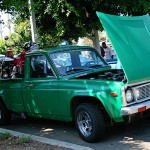 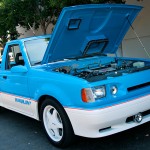 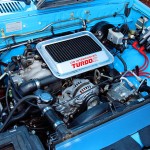 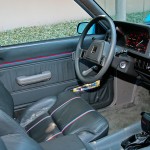 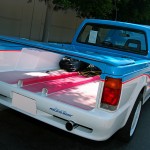 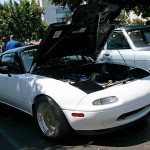 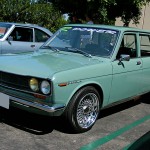 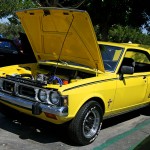