SoCal’s biggest rotary gathering took place on Saturday, at Mazda USA’s Irvine, California headquarters. Dan snapped enough photos that we’re splitting them into MotorMavens-style two-post coverage rather than our old massive image dump format. Let’s get to it, shall we?

The first thing you see above is JNC reader dizmine3’s flared GC-style RX-3 sporting SSR Mark IIs and a fresh new coat of yellow paint. The clean machine always takes center stage in front of the main Mazda building and in case you missed it you can see it in person at the JCCS next weekend.

Let’s take a closer look at the red R100 lurking in the background, shall we? The license plate and Simmons wheels clued us in that this RHD car came from Down Under. Somewhat sadly, garishly upholstered racing seats and steering wheel followed it, but it was still the cleanest R100 at the show.

Old favorites like the 1979 24 Hours of Daytona IMSA RX-7 were on display. You can read all about the glorious racing history of this car in (shameless plug alert) JNC #3.

The “Mazda” stripes and matching vinyl roof give this RX-2 a period correct look, helped by some old school Epsilon meshies.

Contrast this with the one above. The vinyl roof looks different enough for us to question whether it was installed in the 70s or perhaps a bit more recently. I personally think the large modern wheels do a disservice to this otherwise clean RX-2, but our Aussie readers might disagree.

This was the actual shop car of legendary Mazda tuner Racing Beat. The nose kit was inspired by the speed record cars that Racing Beat built for competition on the Bonneville Salt Flats. It is now owned by a private collector.

This tubbed and tubed RX-2 drag car is the real deal. A few years ago we saw it at the Mooneyes X-mas Party at Irwnidale, a show primarily for hot rods and domestics. When this car lined up at the lights, the crowd booed unsportingly to shouts of “Get that Datsun outta here!”

There were more Rotary Pickups at this SevenStock than ever. As a Toyotaku it pains me to say this, but I think the best looking vintage pickups have to be either the Mazda REPU or Datsun 620.

For some reason, the vast majority of them were some variation on this particular shade of blue. Mazda’s obsession with blue trucks can be traced back to the T2000.

And another. And we’re not even showing you all of them. There were several more blue REPUs in attendance.

Who’s in the mood for some Bob Marley?

We’re not sure if this is an original color but it suits the RX-7 nicely.

This all-original ‘survivor” RX-2 was gorgeous, mint except for the one flaw on its door. The couple that owns it is torn by whether to repair the door and thus necessitating a repaint, or keeping it as is.

More to come in Part Two… 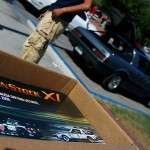 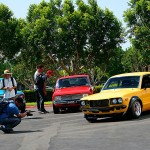 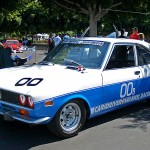 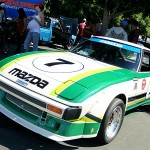 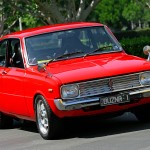 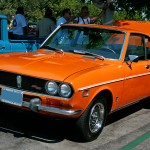 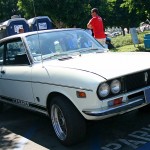 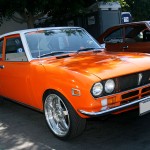 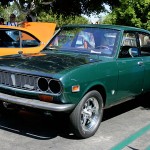 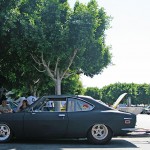 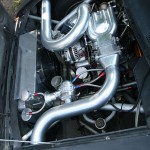 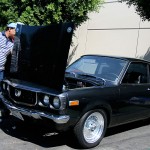 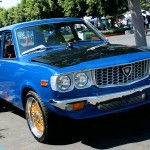 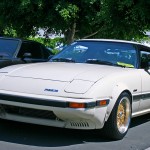 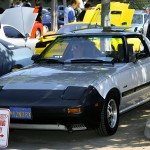 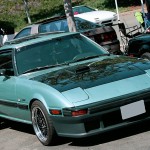 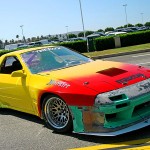 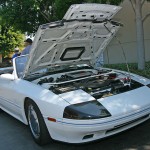 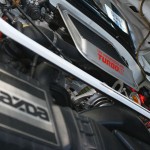 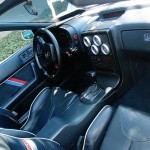 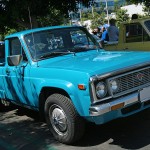 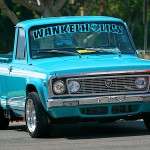 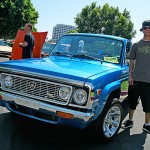 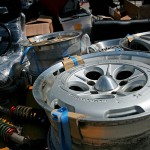 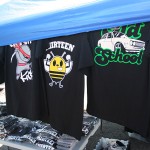 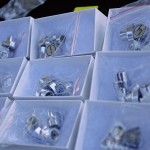 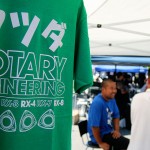