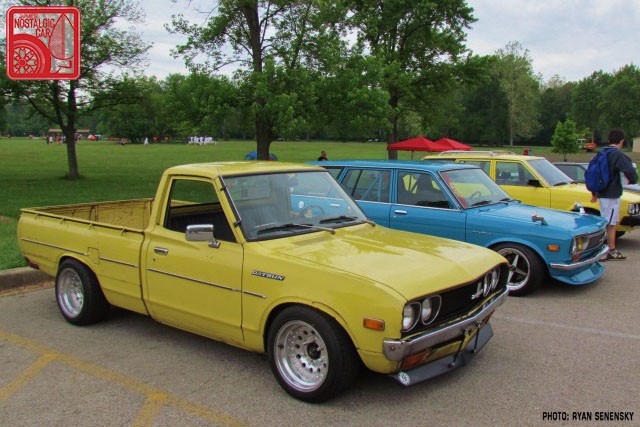 In Part 01 of the coverage we exclusively covered Toyotas. It was a pretty big upload and there were probably too many Toyotas to feature all at once. Datsuns were relatively sparse by comparison, but what they lacked in quantity they made up for in quality. If you noticed the teaser picture at the end of the previous installment you saw a Datsun 510 laying down a massive burnout, So lets start with that car. 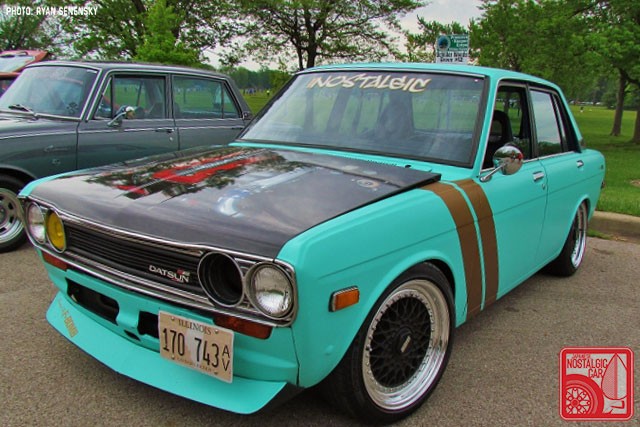 Sporting an eye-catching Tiffany Blue vinyl wrap, with bronze BRE Stripes and an F20C swap, Adair Rolon’s 1970 Datsun 510 was one of the cars I was most excited to encounter, having seen it previously featured in other publications. Generally, I tread a line closer to the purist side of things but I definitely appreciate a well-built car with quality parts. No shortage of that here, from the BBS RS wheels to the ram-air intake under the hood.

Some really cool touches that Adair added to his car were the trunk lid featuring a beautiful piece hand painted from famed German graffiti artist Rene Turrek himself, and a vinyl wrap on the hood of the bay below.

Adair hasn’t pulled any punches on this build, with an F20C he gains almost half a liter, adds variable valve timing, a second camshaft, and puts down more than double the stock output of the car. 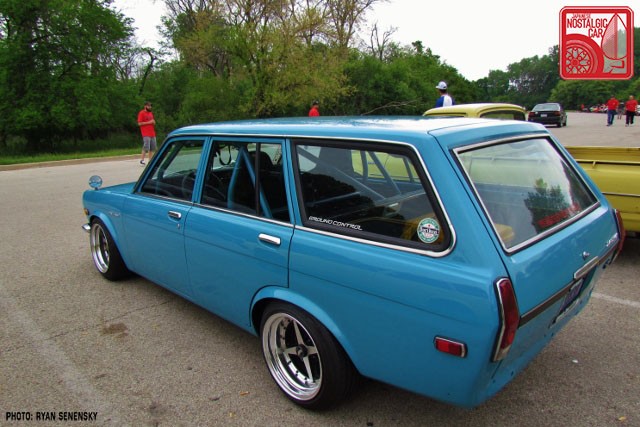 Luis’s ’71 510 wagon has also been featured in other publications. Luis has taken a relatively more traditional approach opting to keep the original L18 in place, a light restoration and a dollop of JDM parts. In the midwest, a lot of people run replica wheels to avoid ruining a $1000-plus set of brand name wheels on our Mad Max-quality roads. However, there are no fake wheels to be found here, only a set of Work Equip 01 wheels, sitting closer to the fender thanks to some 3-inch lowering blocks in back and a set of Techno Toy Tuning coilover sleeves up front.

Luis could give Jun Imai a run for his money for the quintessential 510 wagon build. Things to notice are the custom fender flares, roll cage and deleted bumper, which all come together to give a California canyon carver feel to the whole build. 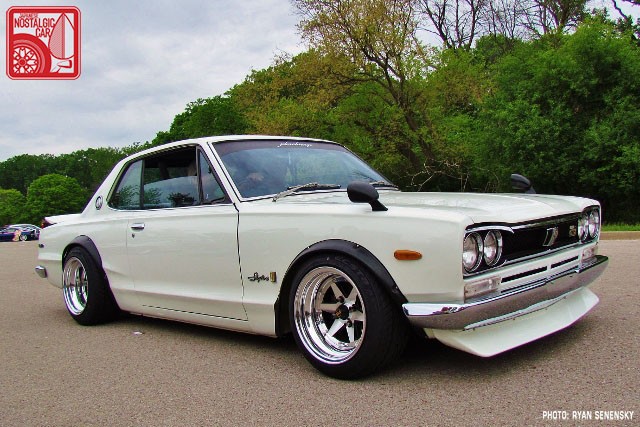 510s were not the only Nissans to gain attention at the show, Ginash from JDMChicago caused a bum rush when he rolled in with his Hakosuka. Absolutely flawless. That is the only way to describe Ginash Georgee’s 1972 Nissan Skyline GT, from the zinc plating of the headlight housings to the factory air conditioning sticker on the original rear windshield.

Ginash has had this car since 2012, carefully restoring it bolt by bolt, and the result is a car that’s probably is in better condition than when it left the factory. It took me about an hour to wait for the horde of people to disperse from the car to get a few pictures of it, but what else do you expect when it’s what could very well be one of the top ten Hakosuka builds in the United States. The only thing that kept him from taking home his weight in trophies was an early departure from the show.

Some of my favorite touches to the car were the rebarreled Longchamps and the very careful use of zinc plating for that factory accent look without being over the top (ahem, neochrome). 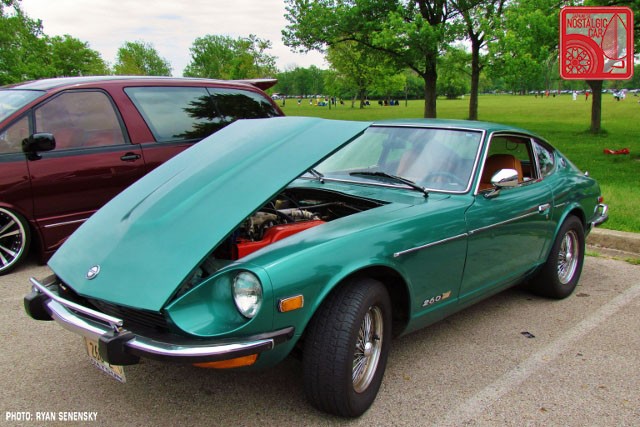 As mentioned in Part 01, Kevin Kovac defied the laws of physics and drove two cars at the same time, bring out his Datsun 260Z along with his AW11. 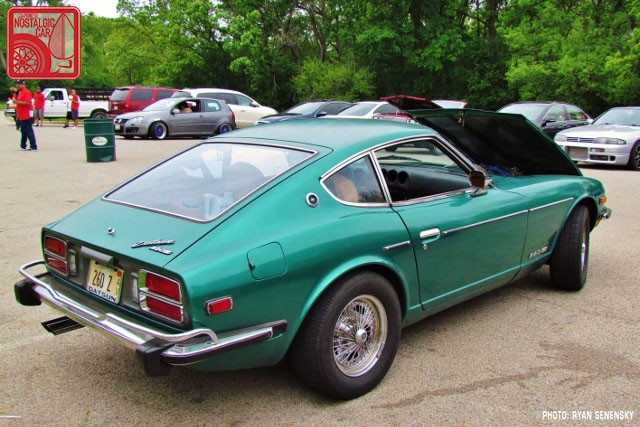 While the MR2 saw track use and was beaten on as god intended, Kevin’s 260Z was nearly completely stock minus the aftermarket mag wheels that came on the car at the time of purchase. It is unrestored and sees use as a cruiser. 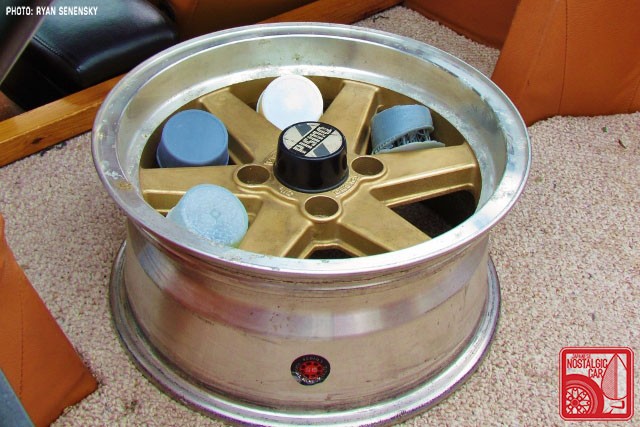 He had recently picked up a set of very rare Pismo wheels, currently being used as an organizational tool in his boot, but they will soon be restored and mounted. 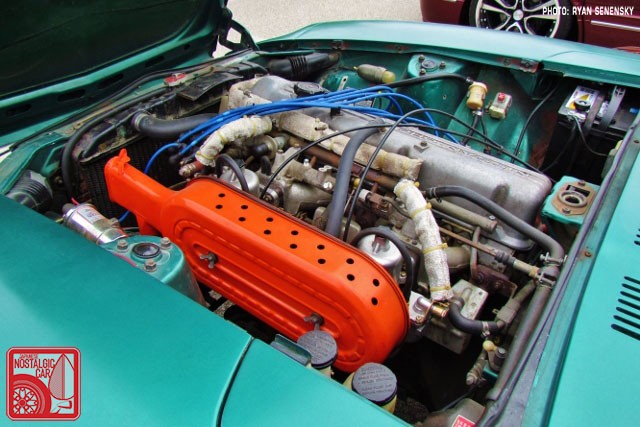 What caught my eye was the cleanliness of the unrestored engine bay; it’s amazing what a proper detailing job can do for a car. Kevin was lucky to buy this car when he did, because the prices for S30 chassis cars are skyrocketing in price and original, unrestored examples will be pulling big numbers in no time.

On the other end of the S30 perspective is a modified 280Z sporting what appears to be an MSA bodykit. Kits like these predated the cheesy early-2000s body kit phase, and are actually pretty subdued when compared to contemporary 80s kits. 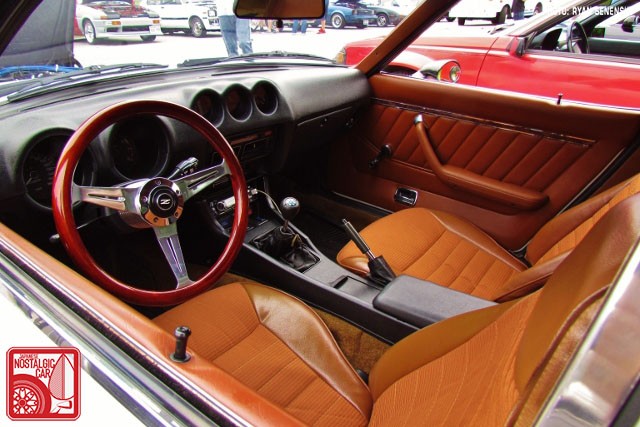 The interior of this car is probably my favorite part, the wood grain steering wheel and leather seats look so inviting and really is eye catching. 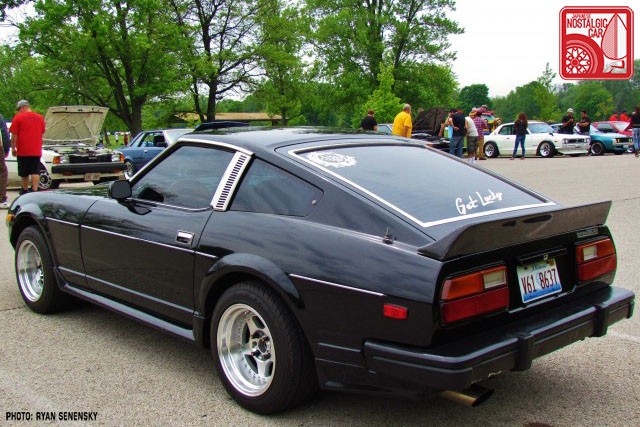 S30 Z-cars were not the only Fairladys in attendance. A lone S130 280ZX joined the festivities, and although these are arguably the least popular Z-Car around, they do still look pretty good and are a solid platform, especially when you look at other cars from the era. The chrome accents around the windows make the body lines really stand out, especially in black paint. 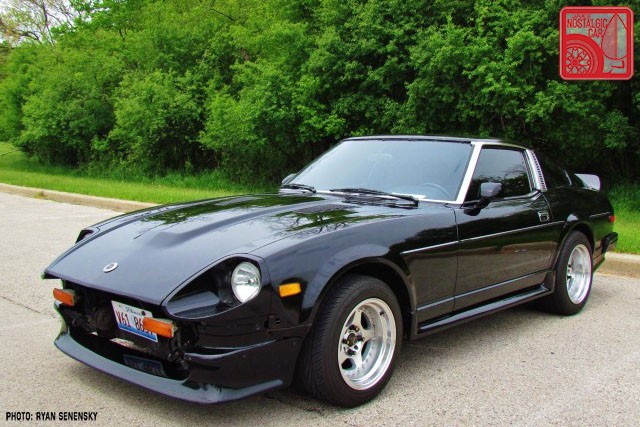 This example is missing the front bumper, but judging from the rest of this car I suspect the project is incomplete. That bumper will make the aftermarket air dam look awesome once its on. With S30s becoming more and more expensive, I imagine there will soon be a lot more S130 builds coming out of the woodwork. 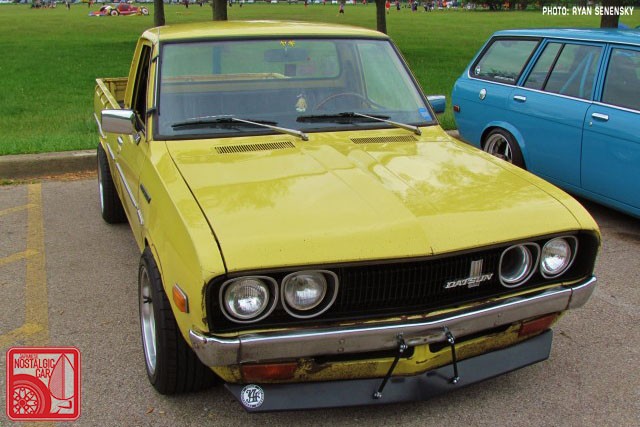 This Datsun 620 was one of the only Datsuns that was unrestored. Here in the midwest, if a car looks clean at all, then it’s usually because most of our cars are garage-kept and nearly flawless, or were once so far gone they received a ground-up restoration. Although nothing is wrong with a restoration as we’ve seen in this post, there is something to be said for the personality of a patina. 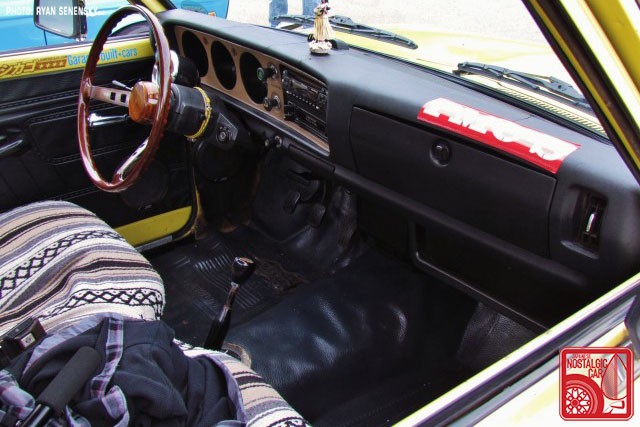 The interior of this truck makes a great argument for keeping a car unrestored. Some changes, such as the deep corn steering wheel and the strategic use of stickers — like the Hakosuka’s PMC-S sticker covering up most of a giant crack in the dashboard — add to the look quite nicely. 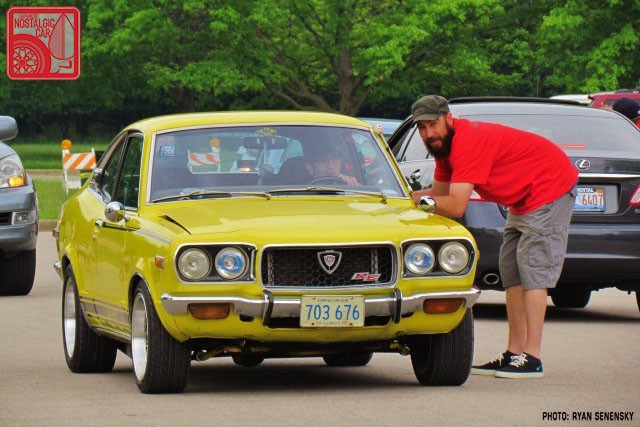 That concludes the Datsun segment of the show, and what can I say, despite spending 20 years considered disposable, these Datsuns really show that Japanese nostalgic cars are very special indeed. Stay tuned in for the next installment featuring the Mazdas of the show, I promise you there are plenty. To be continued…