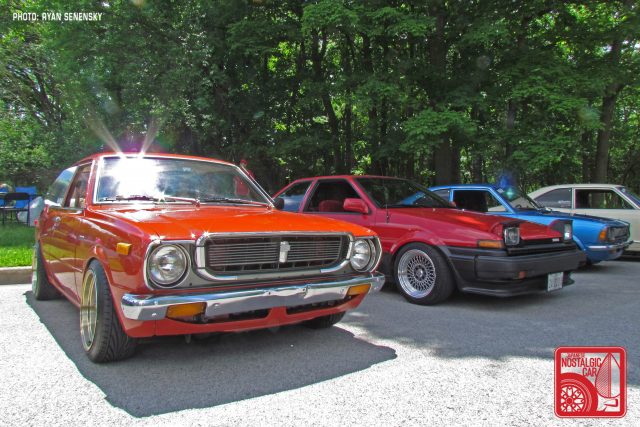 After featuring their Old School Love, New School Flavor show last year (Part 01, Part 02, Part 03) at Schiller Park in the Chicagoland area, organizers Team Nostalgic invited us to come out again so we could see what Chicago’s Japanese nostalgic car community looks like when it is not being rained out. This years show was easily twice as big as last year’s and was so jam-packed with Toyotas and Mazdas that they easily outnumbered every other brand ten to one. 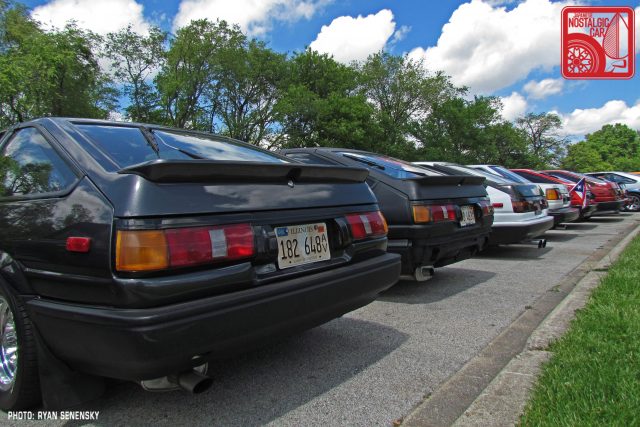 It’s really hard to have a JNC in the rust belt. Unlike people in the southern and western states, we get at most seven months out of the year to enjoy our cars. The other half of the year we’re cooped up in our homes, or — if you’re lucky enough to have heat — in our garages working, or amassing parts to install once spring arrives.

Five months without distraction working on cars can pay off though, as many of these builds are on the same caliber seen in California or Texas. Note, however, that these cars are subject to the added threats of snow and salt in winter, followed by tornadoes and hail in the Summer. I’m not sure which is worse. 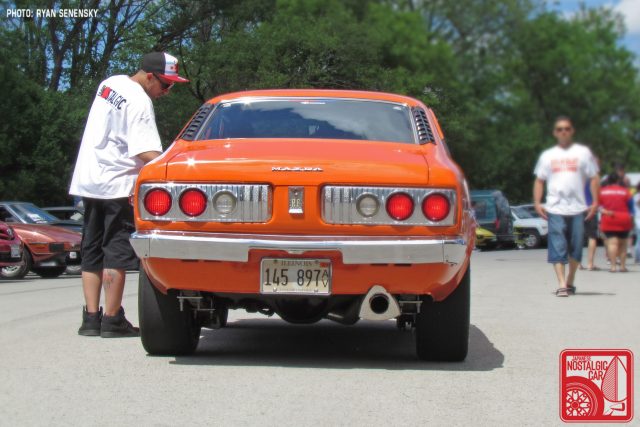 Luckily, the weather held back for a beautiful and sunny 80-degree day this year. When we arrived at the event it was already starting to pick up, with the DJ playing Tito Puente and BBQ chicken on the grille. The Team Nostalgic staff kept everyone organized and the event went off without a hitch — no drama and no hurt feelings, which is surprisingly hard these days. 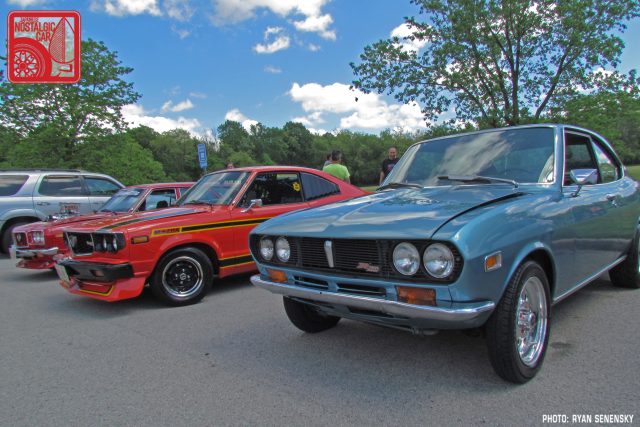 What sets this show apart from others in the region is the Puerto Rican influence, not just in music and food, but down to the builds themselves. The island of Puerto Rico has one of the strongest Japanese car tuning communities in the world; import drag racing is huge there, and its influence can be felt even in the midwest.

Styling cues like skinnies up front with meaty tires in back, Puerto Rican vanity plates, and modified suspension systems could be found on half the cars present. Usually when we hear about drag race builds, we cringe with the thought of someone tubbing out an otherwise perfect RX-3 or peanut Corolla, but even the mango Corolla with the slicks shown above retains the stock chassis.

The pure pride in these builds is phenomenal, for too long these cars were thought of as disposable and it’s refreshing to see people from all cultures appreciate that these cars are something special.

Easily one of the most popular chassis to build these days is the first-generation of RX-7s. Combined, SA22 and FB rotaries were the most common car at the show, which speaks to their popularity as a platform. 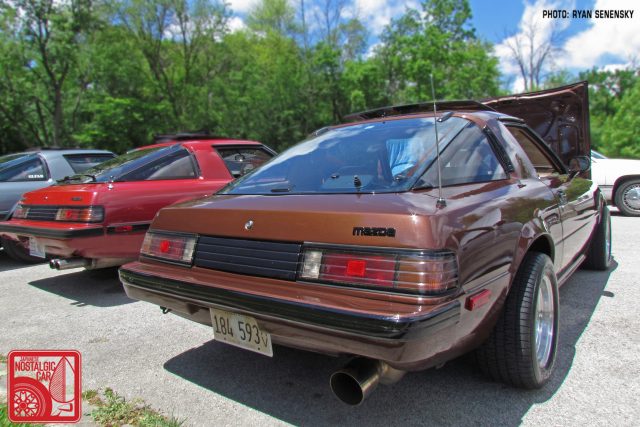 People may write these off as commonplace now, but remember when the AE86 was so easily attained? I’d put a strong bet on RX-7s being one of the next Japanese cars to rocket up in value. As of now, you can find a clean example well under $8,000. 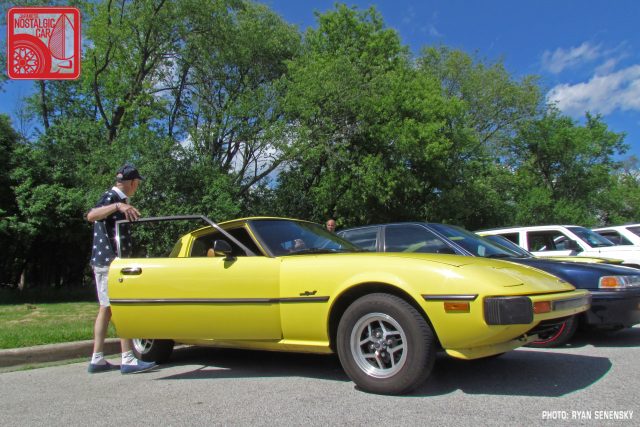 There was a very good range of examples from Richard Bachrach’s single-owner, unrestored yellow 1979 SA22 to more heavily modified examples. 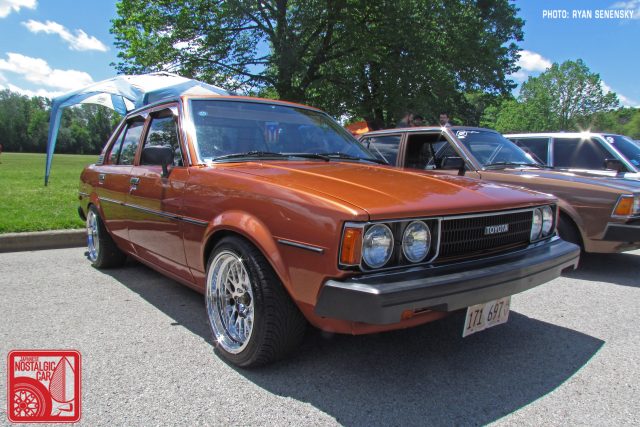 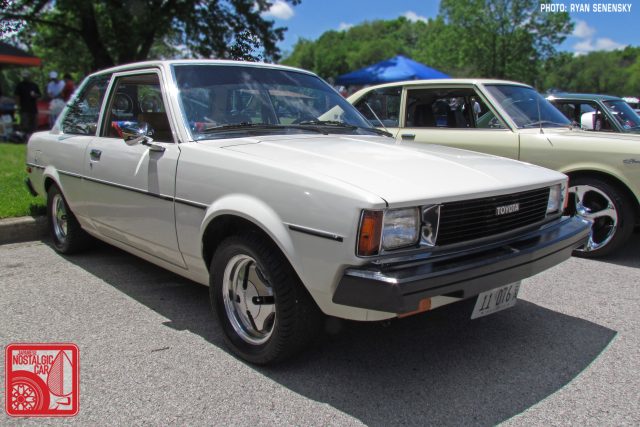 The second most common car at the show was the E70 Corolla. Whereas the original buyers of an RX-7 went into ownership with the intention of being a fun car and something to be cared for, the Corolla would have been purchased by moms to haul groceries, wade it’s way through traffic in winter, and shuttle kids around, each of these reasons progressively worse for the longevity of the vehicle. Needless to say, between the Uprise Crew and Team Nostalgic, there was a glut of quality Corollas. 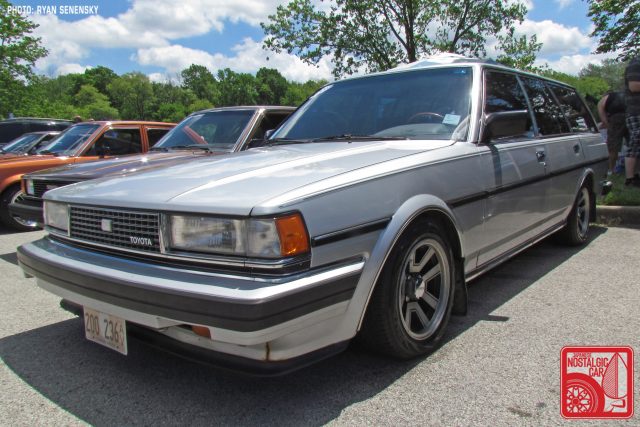 Coverage of the show would not be complete without mentioning Tito Figueroa, whose family brought no less than four Corollas and a beautiful MX72 Cressida Wagon, which would make our editor-in-chief Ben quite jealous. 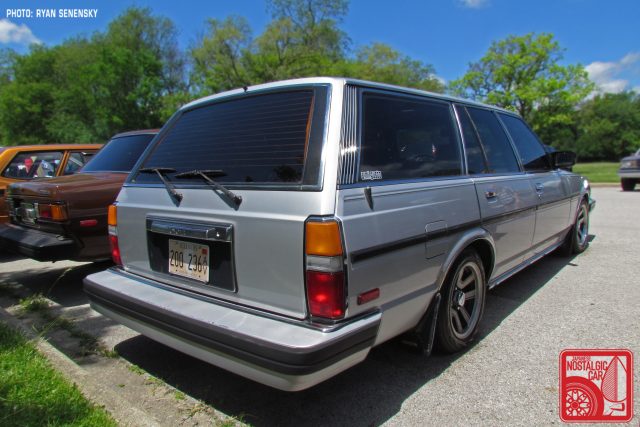 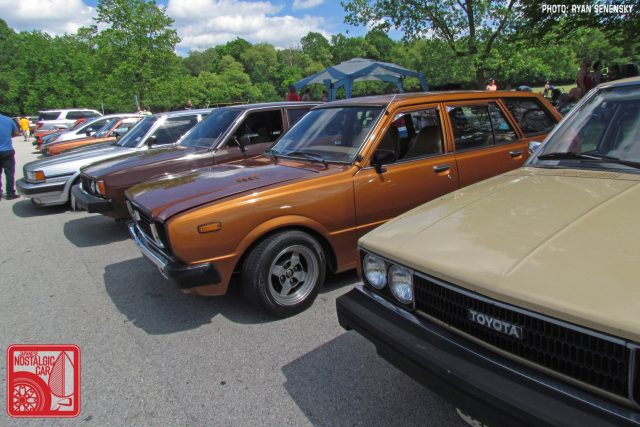 The Cressida has only two owners in its history and a mere five digits’ worth of miles on the odometer. It’s good to see not just one oddball family member into cars, but rather an entire household that’s equally enthusiastic. Tito’s wife even was up until 2:00 am helping him get the Cressida ready for the show the night prior. 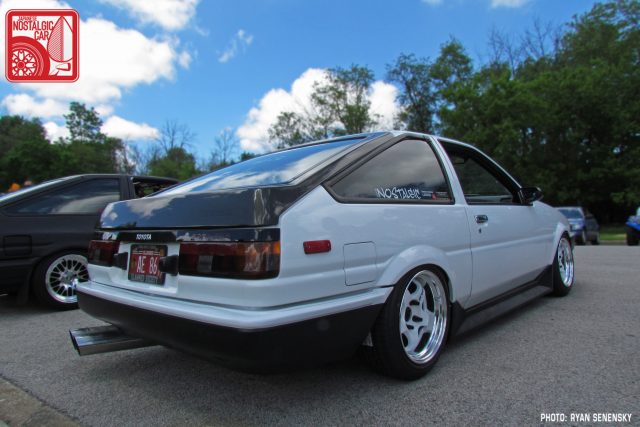 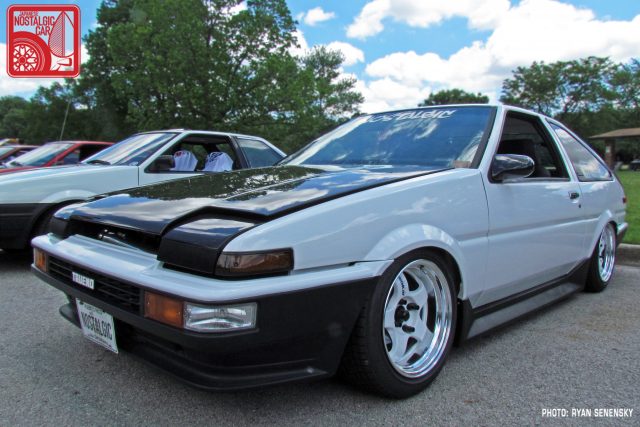 Among the 80s Toyotas was no shortage of AE86s. As is the trend, the vast majority of these cars were modified in some way. Orlando Lespier had just pieced his car back together after it had spent the winter apart for some extensive work. It paid off, as his car is undoubtedly one of the most eye catching AE86s in the midwest.

Of course, that is not to say it was the only noteworthy AE86. Coupes outnumbered hatchbacks among the plastic-bumpered RWD Toyotas, with one particularly notable for its insanely clean red interior. 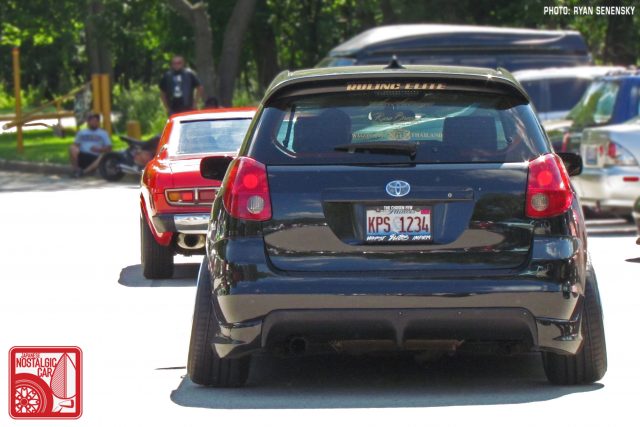 Every time we travel to Chicago for a show, be it Wek’fest or last year’s Team Nostalgic event, we’re completely blown away with the quality (minus a few replica wheels) and uniqueness of the builds. California still is the capital of car world, but the more we see coverage of the midwest, the more we see that the central United States is nothing to scoff at either, especially when you factor in just how much harder it is to keep anything around with the climate here. For now we’ll leave you a little bit of old and new school Toyota love. To be continued…