The Nisei Showoff was back for another year because the spot where the show has been held was not redeveloped as originally scheduled. Hooray for the GFC? Anyway, old school flavor was out in full effect and seems to be getting stronger with each passing year.

Another killer Z. The blacked out chrome is super sinister, and the rest is aaaalmost there. Just let those beautiful Wats fill out those ZG-style flares with some spacers and it’ll be the total package.

A bosozoku-style Honda N600? What is totally awesome for $1200, Alex? This li’l demon had tons of character to go along with its substantial character. Air-cooled two-pot for the win!

Not quite nostalgic, but a strong contender for the next wave of Japanese classics is the Honda EF Civic. Hippari tires stretched on Enkei 92 meshies with shakotan stance and oni-kyan “demon camber,”  the Japanese tuning trifecta.

Now this is an old school color. The TE71 Corolla Liftback is an underrated body style bridging the gap between wagon and hatchback.

Of course, the TE51 Sport Coupe is even rarer, and this one wears new shoes and a new owner since PJ Bonifacio first debuted it at Toyotafest 2009.

And of course, you can’t have old school ‘Rollas without at least one TE27 mango, the O.G. Trueno

And we’ve seen many RT52 Toyota Coronas in recent weeks, but this is one bad barikan. Compared to the first Z, this is a more nostalgic white, and just the addition of some classic barrels makes this shovelnose look like one tough customer.

And here’s something you don’t see every day, a Honda CT70, a minibike like the Monkey or Ape but with a unique T-bone frame that was introduced in Japan as the Honda Dax in August 1969. Perhaps the perfect JNC pit cruiser! 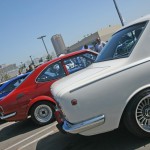 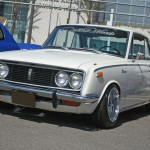 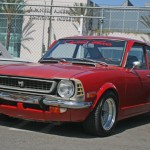 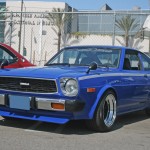 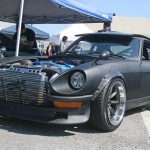 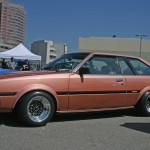 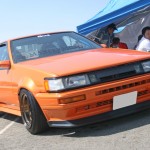 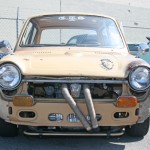 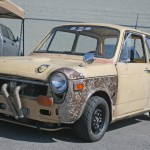 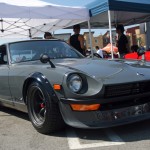 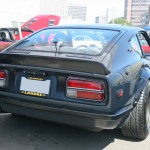 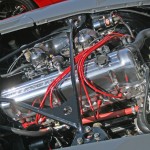 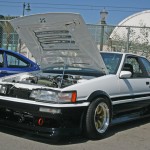 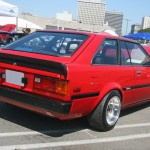 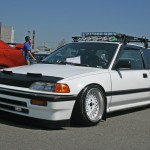 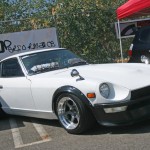 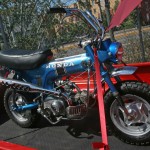