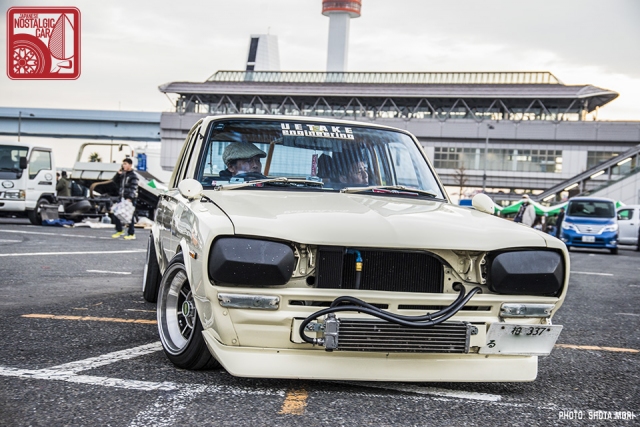 This year was a special milestone for the New Year Meeting, as it was the show’s 40th year. It was quite a milestone for the event, which started in 1977 at the Tokyo Prince Hotel, a much smaller venue. Back then, no one would have guessed that one day Nissan and Mitsubishi would be in cahoots. A lot can happen in 40 years. 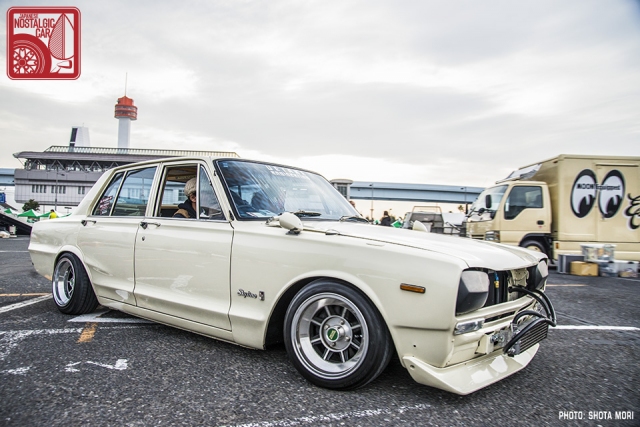 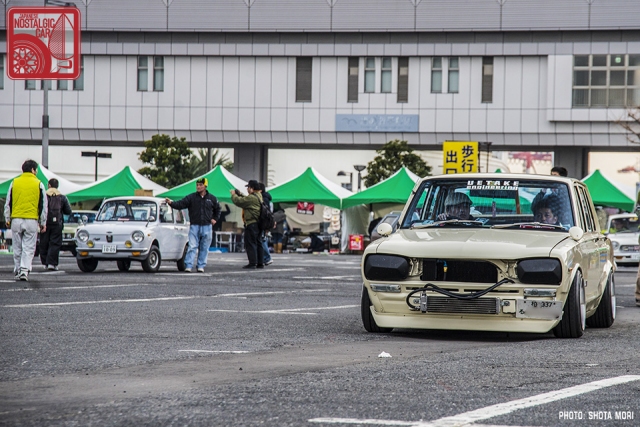 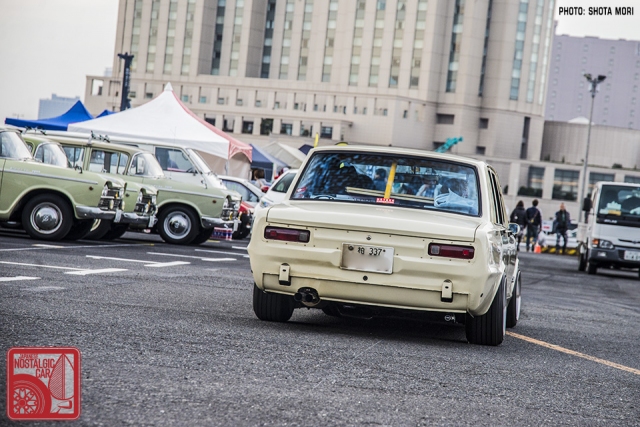 One of the most stunning Skylines at the show was the Uetake Engineering GC10. De-bumpered and oil-coolered like a touring car but slammed on Hayashi Streets in contemporary style, it has undeniable presence. 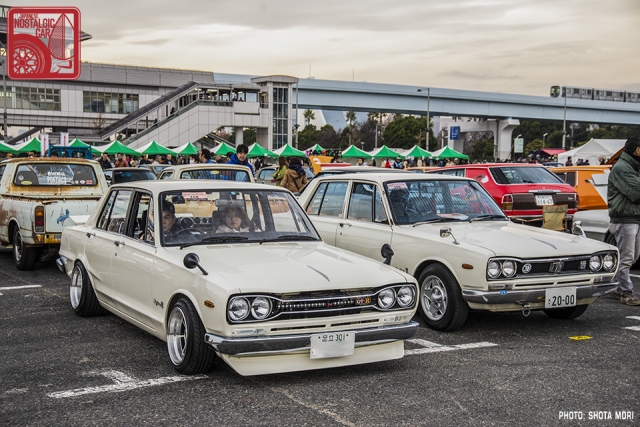 It wasn’t the only sedan there, either. Another modern style GT-R clone stood in contrast to a sibling that appears to have been lightly modded in period and kept that way through the years. 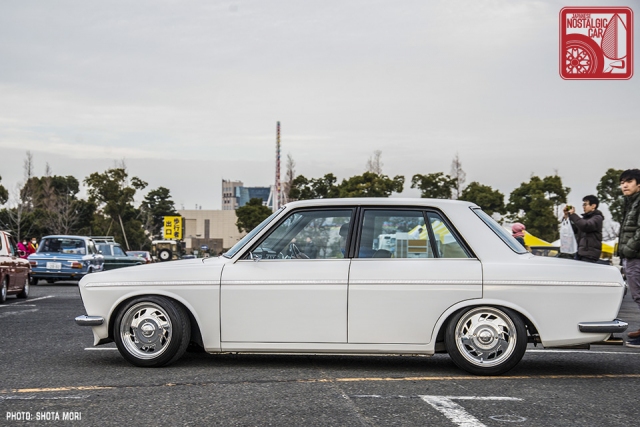 A Bluebird 510 was injected with a heavy dose of California custom style, with massive chrome rims and a body shaved down and de-badged to be as smooth as a dolphin. 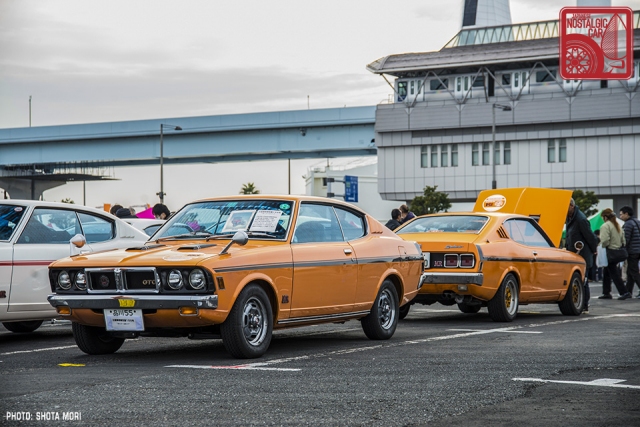 Mitsubishi owners tend to keep their cars’ appearance stock. The Galant GTO owners always turn out en masse, but for some reason they don’t organize to park in the club section, instead opting to make a statement in numbers at the main car show. 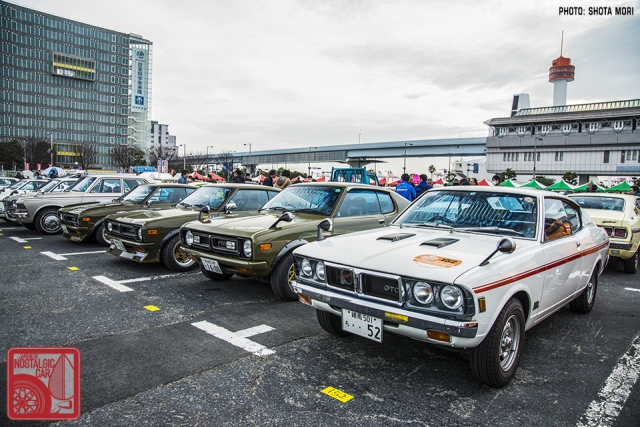 This year the huge number of GTOs was accompanied by a small group of FTOs. It’s extremely rare to see a trio of these together, but the New Year Meeting is a magical place.

Perhaps the most famous among them was the ’73 wearing Techno Phantoms. It’s a regular at the Meeting, and is on of the few Mitsus done up in a street fighter style. You can imagine it, perhaps, challenging TE27s and and RX-3s to battle. 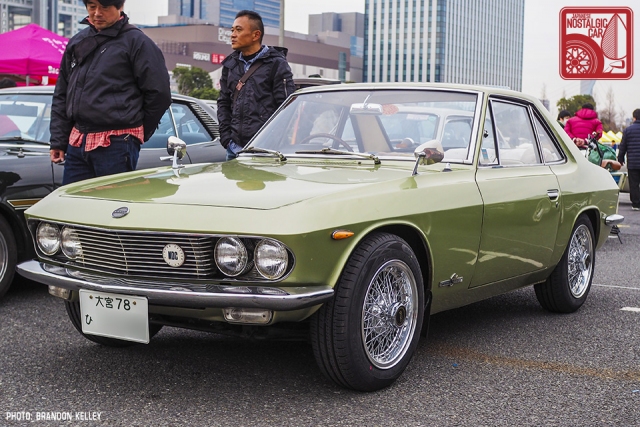 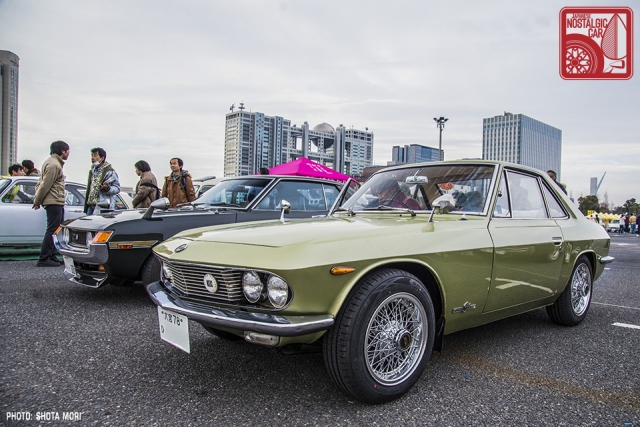 Speaking of unusual but somehow also appropriate pairings, how about CSP311 Silvia versus a TA22 Celica? Both were stylish, 1.6-liter coupes with plenty of aftermarket support (the Silvia via the Datsun Fairlady). It’s a duel we’d never considered until seeing them parked next to each other. 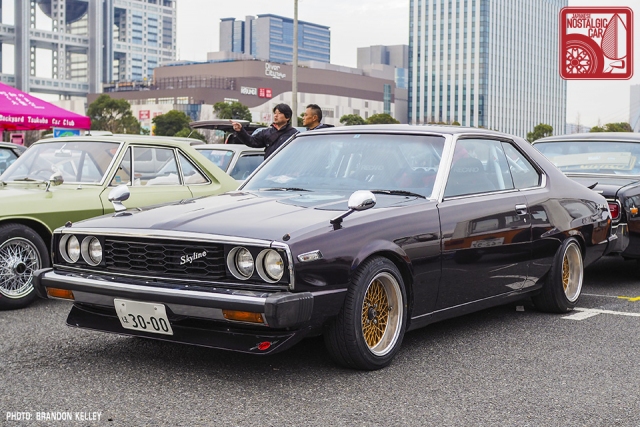 Sometimes it can seem that every last Skyline Japan has been turned into a kaido racer, so it’s cool to see one that hasn’t yet made the complete transformation. It is purple, though, and with Laurel side markers, a skewed Skyline emblem and Hako wing, so it’s getting there. 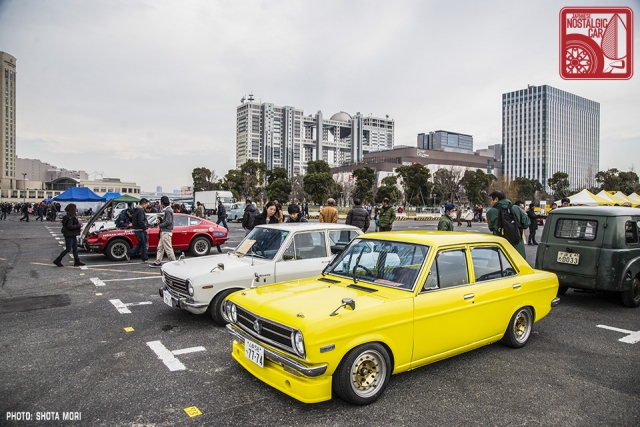 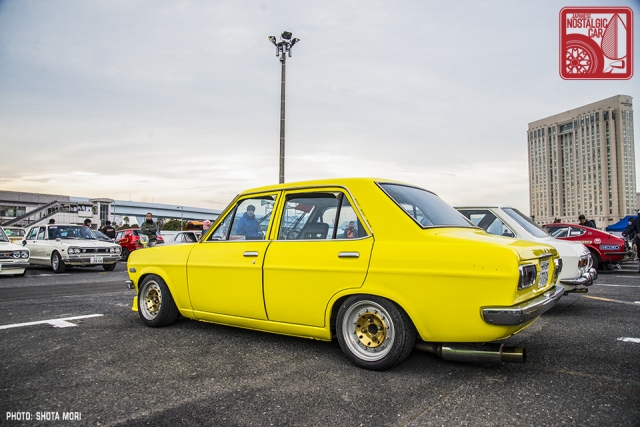 We saw plenty of Sunny Coupe race cars in the club section, but there were more in the show area. A yellow B110 sedan with TS chin spoiler was parked beside a rare first-gen Sunny B10 in white. 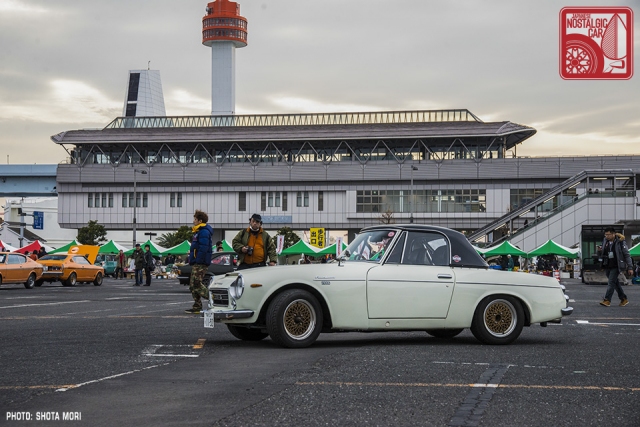 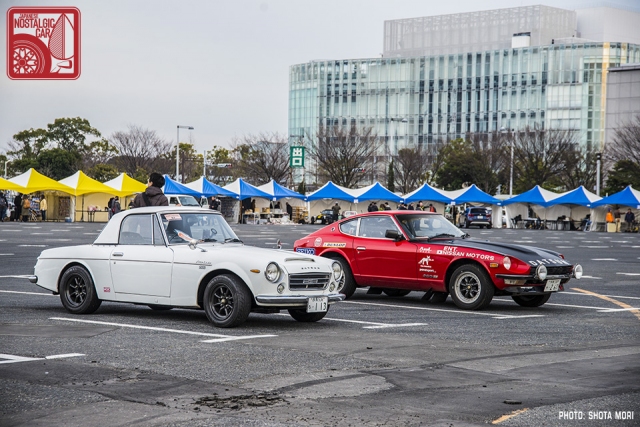 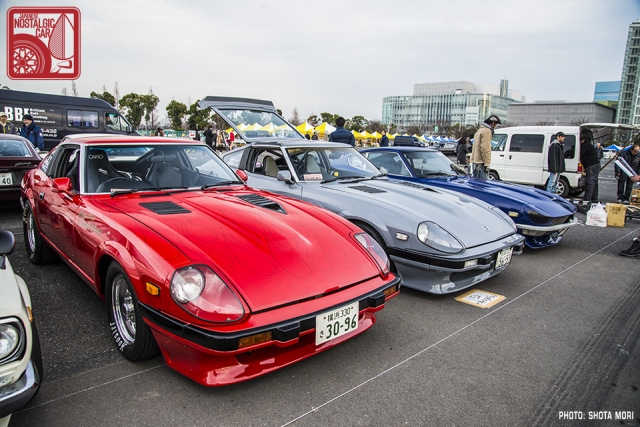 Fairladys ran the gamut in terms of styles, from hard-topped and Watanabe-shod roadsters that look ready to tear into a vintage clubman race to a replica of the Safari Rally-winning Datsun 240Z to a couple of S130s done up in drag racer style. 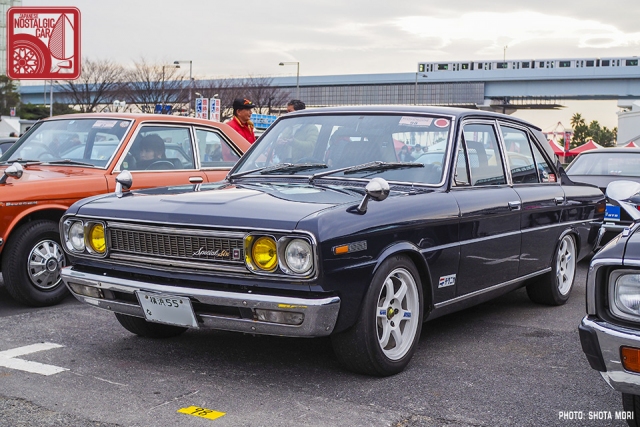 Despite white Volk TE37s that would look more at home on a 90s Honda, a Nissan Cedric Special Six gave off a strong hot rod vibe. The normally staid sedan commonly used as government vehicles has much sleeper potential. 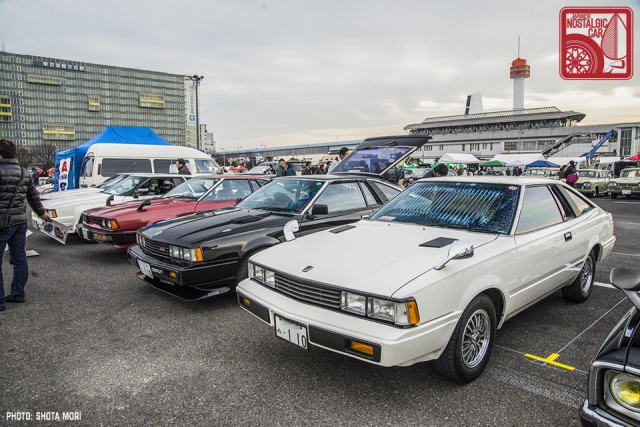 We end this installment on a car often overshadowed by Skylines and Fairlady Zs, and even other Silvias, including Silvia-based machines like the 240RS. This year, several well-preserved normal S110s gathered, making us happy to see that examples of Nissan’s third-gen coupe are still out there.