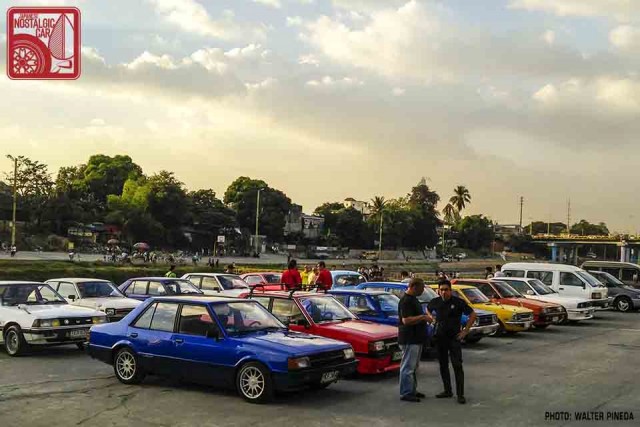 Perhaps unbeknownst to most Americans, the Philippines has an incredibly strong tradition of classic car enthusiasm, especially with Nihon steel. Due to the nation’s proximity to Japan, it was one of the early export markets and received many models that would be popular with JNCers today. The Old Schoolers East are a club composed of owners from the eastern side of Metro Manila who are into vintage cars, mostly ones that were common in the capital city during the 70s and 80s. 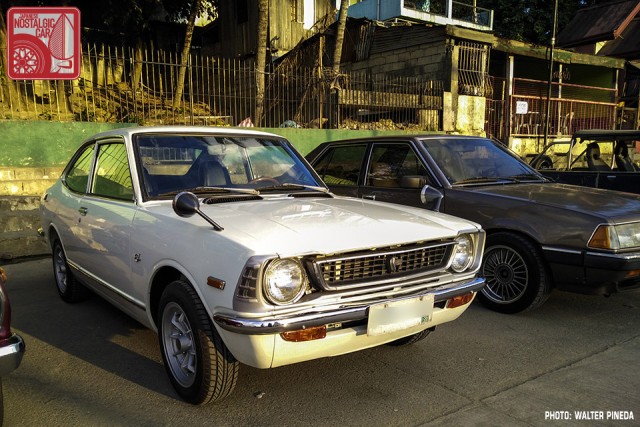 Recently, the Old Schoolers East had a small meet at the Marikina River Park with a few cars that defined the “Pinoy Greenhills Style” of car modding. The style originated from the Greenhills Shopping Center in San Juan, Metro Manila, the most popular car cruising venue of the Philippines in the 70s and 80s. 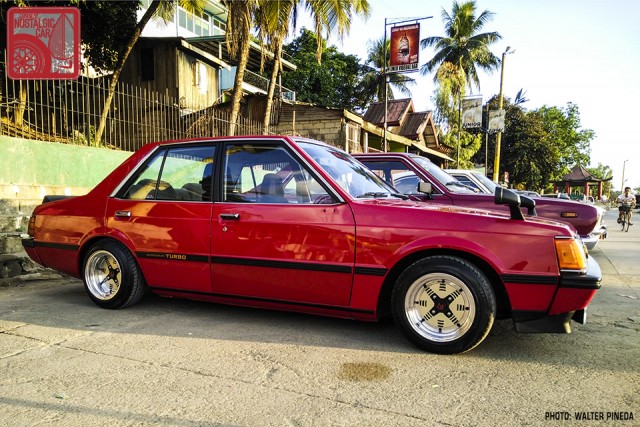 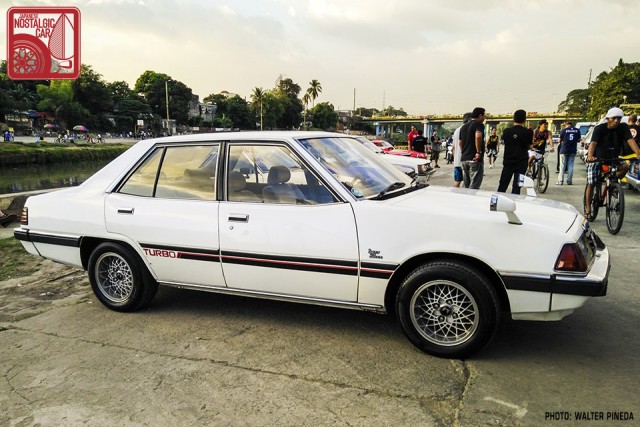 In particular, Toyotas and Mitsubishis are very popular. Whereas in the US, you might see one or two Triple Diamonds at a show like JCCS, here they are probably the second most common marque next to Toyotas. 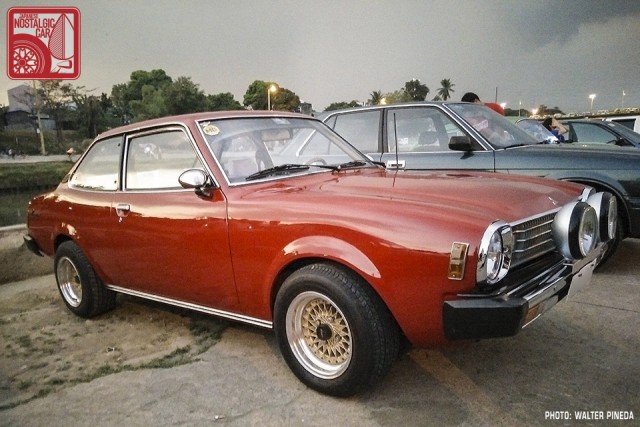 One of the most striking cars was a red 2-door 1979 Lancer GL. Approaching the owner, we greeted him with the comment, “Greenhills na Greenhills, ah!” which meant that his car looked like it just rolled in from the legendary car cruising venue back in the day. 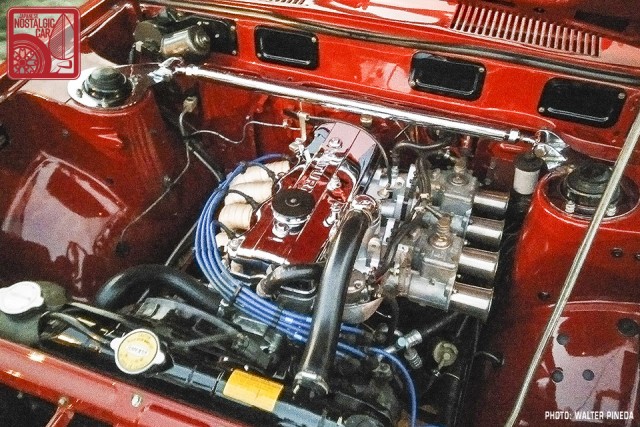 The fellow then proceeded to show me his engine bay, in which the original 1.4-liter Astron 80 had been swapped for a 1.6 Saturn with a full C3 rally-spec kit and twin side-draft carburetors. This was the most popular engine swap for Mitsubishis back in the day, and even in the 70s wire tucks were already popular. The look was inspired by rally cars, which would display nothing electrical but a row of relays when the hood was popped.

Inside, the original cockpit and interior were just as well preserved, spruced up by a wood Nardi Classico steering wheel and a period Pioneer KP500 head unit with period surface-mount Pioneer speakers on the rear shelf. 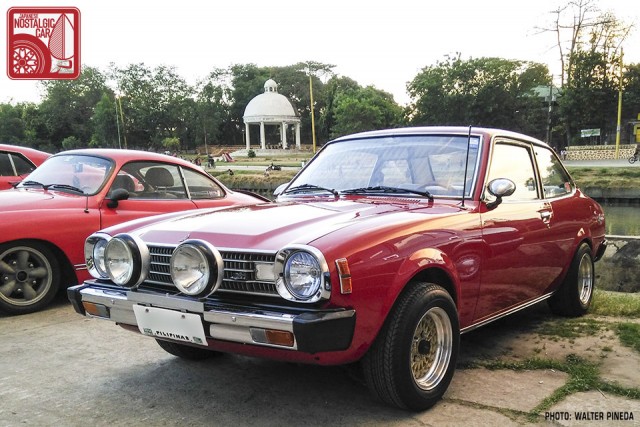 The exterior of the car was also simply and tastefully modded using the style of the time with a Bosch “rubber ducky” antenna on the left front fender, Cibie Super Oscars up front, period Enkei basket-weave wheels with gold centers, and side mirrors reminiscent of Engelmanns. The red paint was gleaming from a fresh wax job and sported all the original emblems. 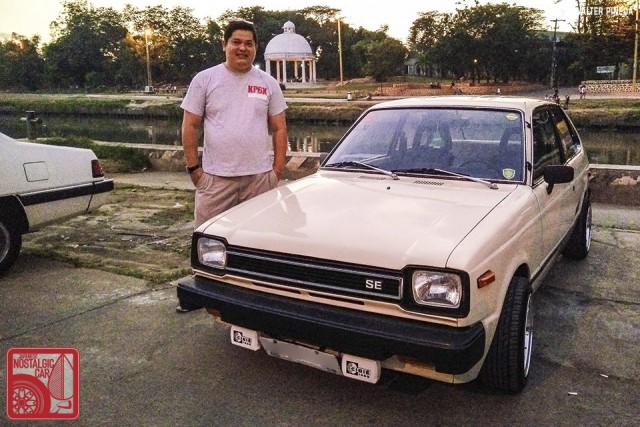 Another car sporting the Greenhills look was a cream 1980 2-door Toyota Starlet on Enkei Apache wheels. The owner said that he had just fabricated the center caps from fiber glass to replace the missing ones, but they looked absolutely indistinguishable from the originals.

The Starlets sold in the Philippines originally had chrome bumpers, but this one actually rocked US-spec black plastic-covered bumpers because even back then we already has an obsession with overseas styles like JDM, USDM or Euro. 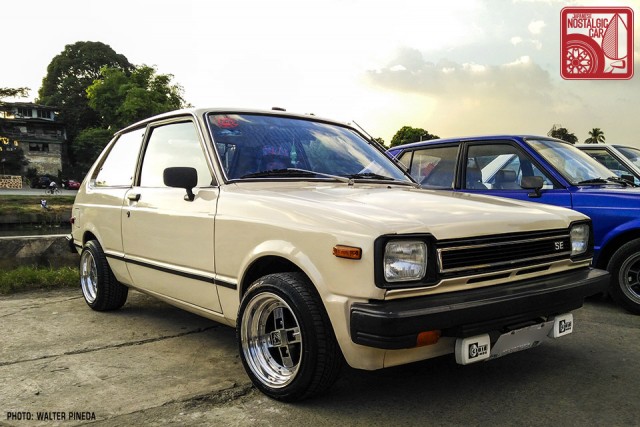 Its side mirrors were original Toyota, which is significant because back in the day the Philippine market didn’t even get side mirrors from the manufacturers. Owners would have to buy them separately! 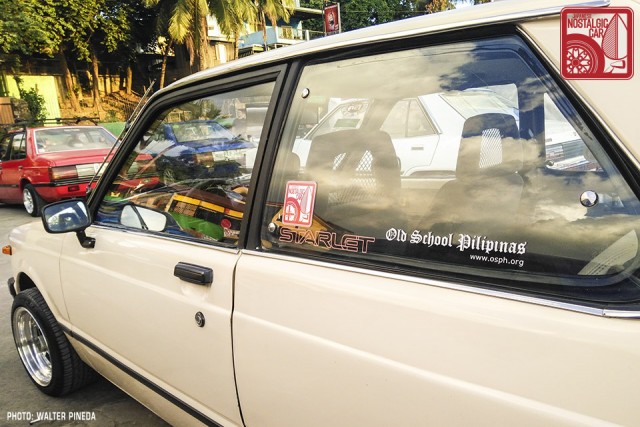 Usually, aftermarket mirrors like Vitaloni, Engelmann or Sebring would have been the preferred choice, since they were widely available in the aftermarket shops that proliferated in Makati and Banawe Streets in Quezon City. It took special effort to source OEM mirrors back then. 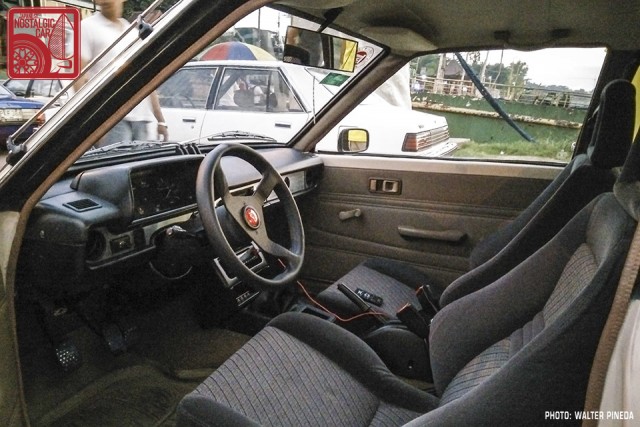 This car was so fresh, the body and interior made it appear that it was still from the 80s. Time capsule stuff! Another styling cue were the rectangular Cibie driving lights mounted underneath the bumper, complete with their original plastic stone protectors. The rear of the car was also treated to a fog light under the bumper.

The interior of this car was fitted with some period Recaro seats with halo headrests. The OEM radio is still in tact for that factory look, while the steering wheel has been changed out to a Momo Monte Carlo. 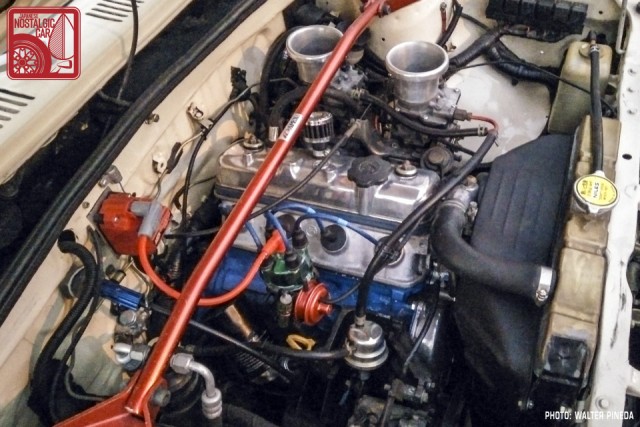 Beneath the hood, this Starlet still had its original 3K engine but with twin downdraft carburetors dressed up with custom wide-mouth velocity stacks. 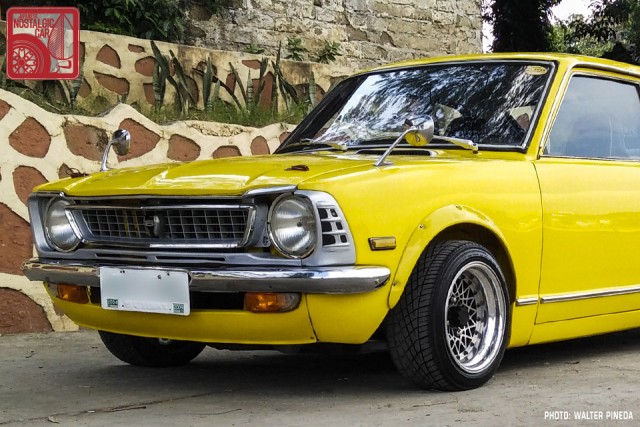 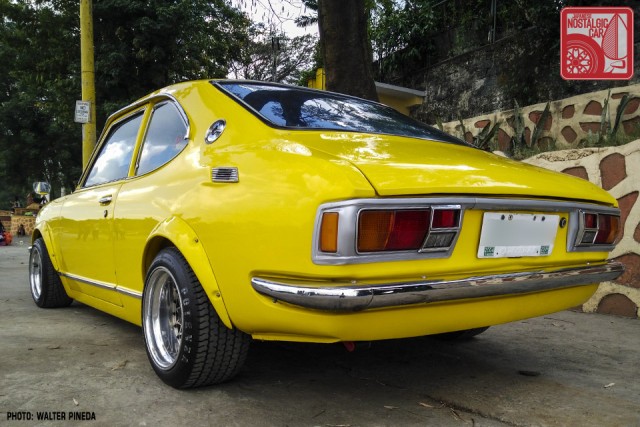 Representing the 1983-84 Greenhills style was a 1973 Corolla SL on period basket-weave 3-piece Compomotives. 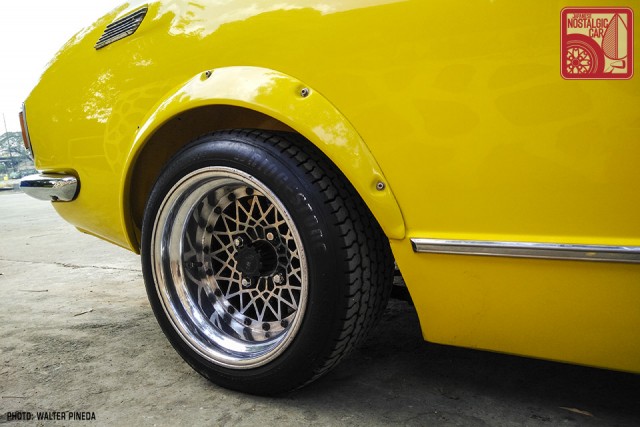 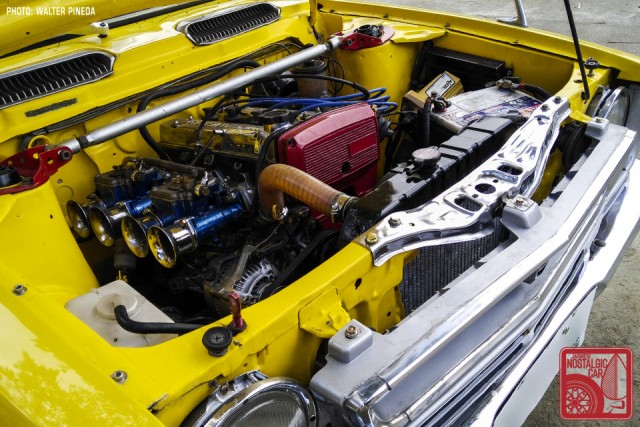 The wheels, sized 13×8.5 front and 13×9.5 rear, required the bolt-on fender flares. A more modern engine, a 4AGE with twin side-draft Weber 45 DCOE carburetors, was under the hood. 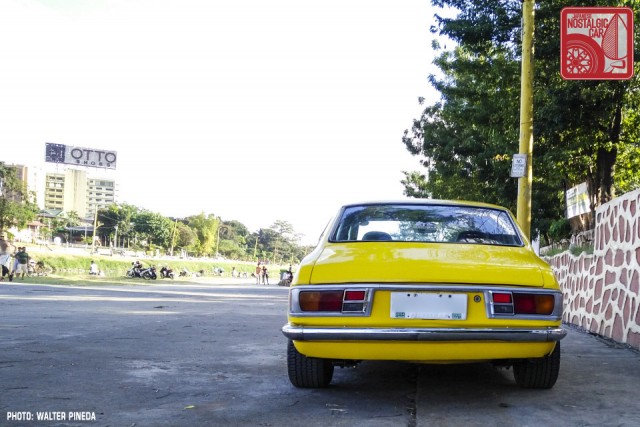 Though the cars were much fewer in number, an unstructured meet on a late Saturday afternoon at Marikina River Park provided a relaxed and laid back venue for Pinoy (Filipino) car enthusiasts to hang out and share their passion. It was very much like what Greenhills was 35 years ago. We hope to bring you more from the vintage Japanese car scene from the Philippines soon.