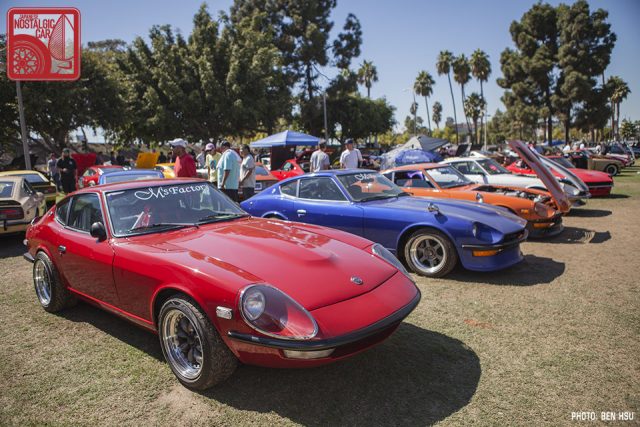 One of the most revered nameplates in the automotive world today is Skyline, but nearly fifty years ago, it was unknown on this side of the Pacific as Nissan was building up their brand in the US. Instead, the Z and 510 were the ones leading the charge and revolutionizing the definition of what a performance car could be. 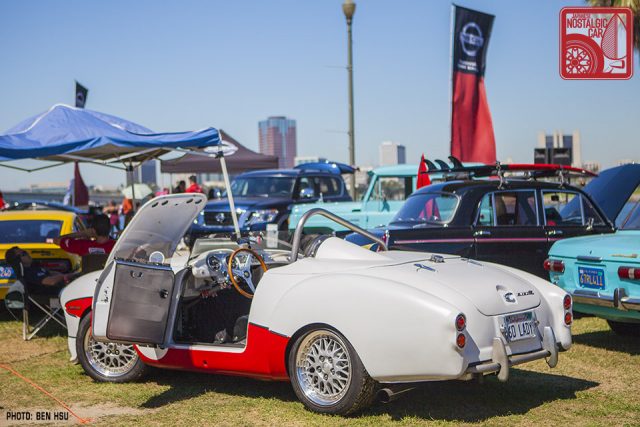 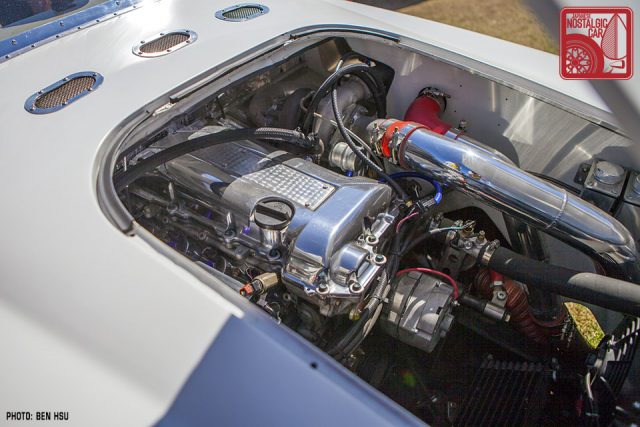 Nissan’s first forays into sports car territory weren’t the greatest. One of the more unique creations at this year’s JCCS was a 1960 Fairlady, which, when stock, doesn’t have much performance potential. It’s basically a roadster body on a truck frame.

However, one owner converted his SPL212 into a speedster, chopping the window frame, installing a roll bar and swapping the 48-horsepower 1.2-liter lump for an SR20. Matte paints are played out, but this Fairlady featured a particularly cool use of flat white to pay homage to the original two-tone gloss white-on-red color scheme. 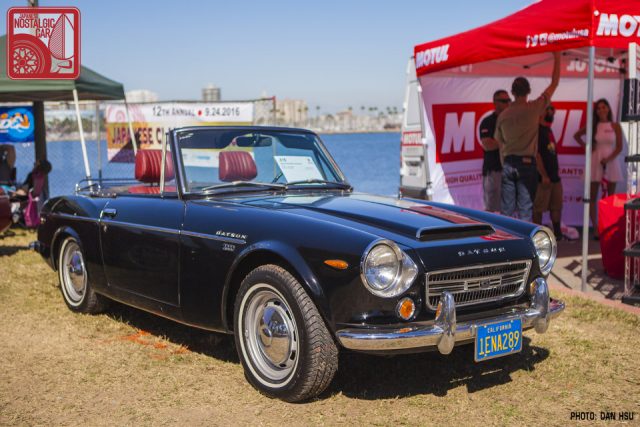 By the next generation, the Fairlady had grown into a true sports car, able to hang with — and sometimes best — the premiere European offerings at the time. Clearly we weren’t the only ones eager to celebrate the accomplishments of Nissan’s first real sporting machine. Next to the Motul Oil booth was Jon Toktas’s 1969 Sports 2000, a prime example of a beautifully restored blue plate special. 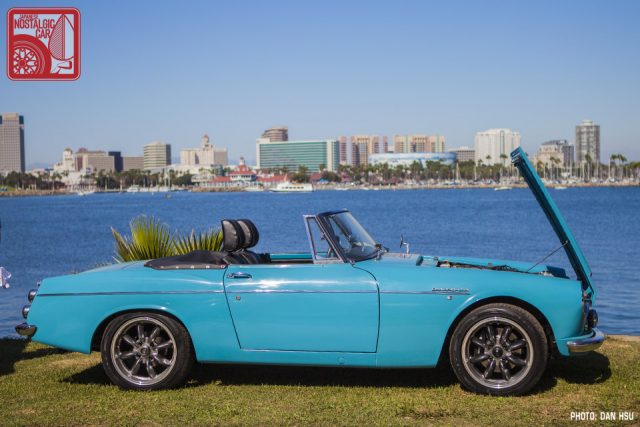 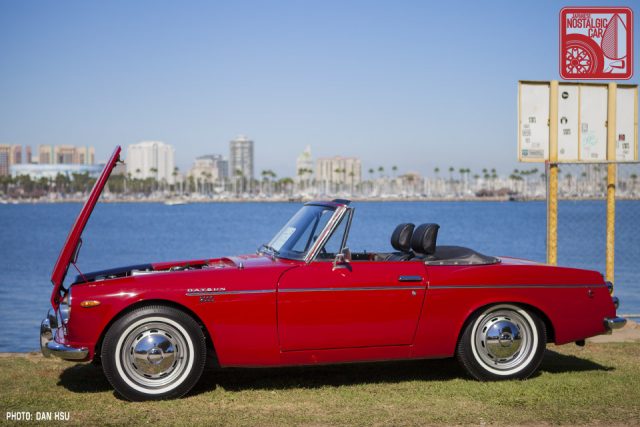 In fact, many of the roadsters present held prime real estate near the waterfront JNC booth. Harlan Katz’s low-windshield 1967 was a beauitufl frame-off resto that looked stock, but under the hood beat the heart of an SR20DE, a combination sure to provide miles of smiles.

John Baker’s red 1969 Sports 2000, a former JCCS “Best of Show” winner, takes a different tack.While it looks stock, it’s fitted with era appropriate parts from the Datsun competition parts catalog. Its perfect stance is a result of Datsun dealer option lowering springs and a “competition package” that consists of Solex-Mikuni side-drafts and a performance cam, raising the output from 135 to 150 horsepower. 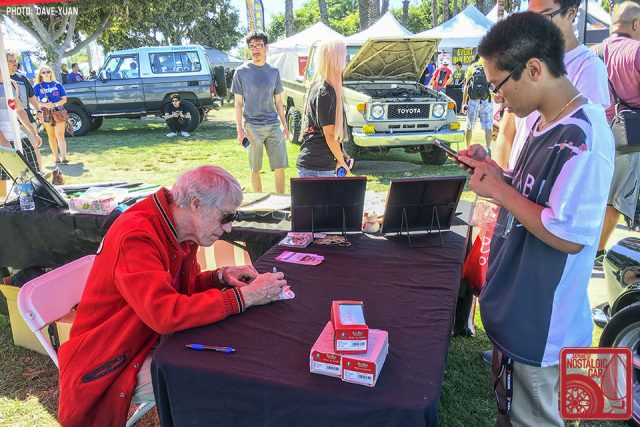 It’s only fitting then that we had John Knepp, the BRE engineer and co-founder of Electramotive Racing, a man who helped build the first BRE Datsun Roadster race cars, at our booth signing autographs for his fans. 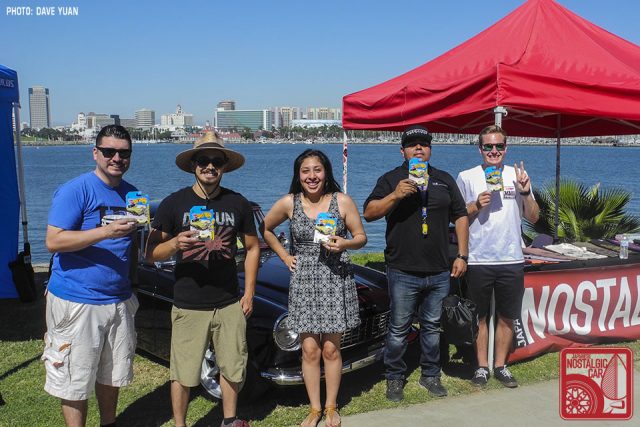 Our drawing for the Datsun Fairlady 2000 Hot Wheels was also a huge success, with more people that we could really handle lining up to win one of five cars autographed by the Hot Wheels design team. 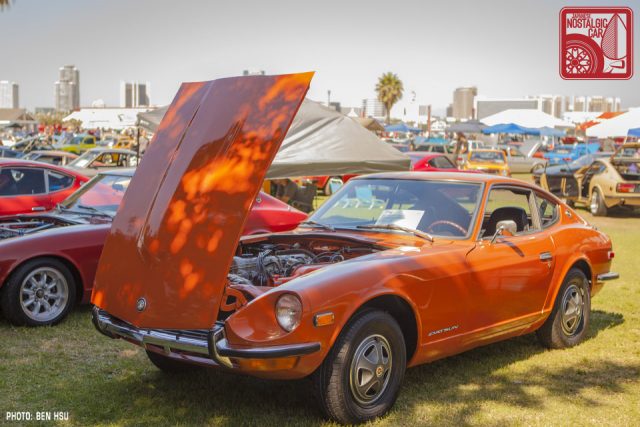 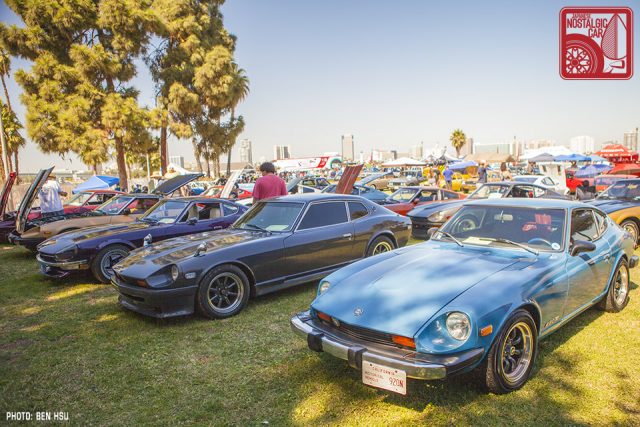 Of course, the next “generation” of Fairlady was what really catapulted Nissan into the limelight. Growing a fixed roof and a “Z” at the end of its name, it offered created a new class of car — something between an MG and a Corvette — and instantly developed a generation of loyal fans. That loyalty was on full display at JCCS, with Zs of all generations and configurations and modification styles parked on the Queen Mary lawn. From bone stock 240Zs like Rich Scharf’s to modified 2+2s like Josh Kreat’s, it ran the gamut. 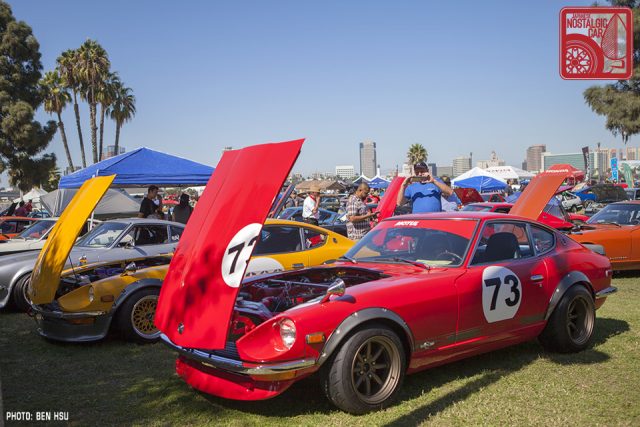 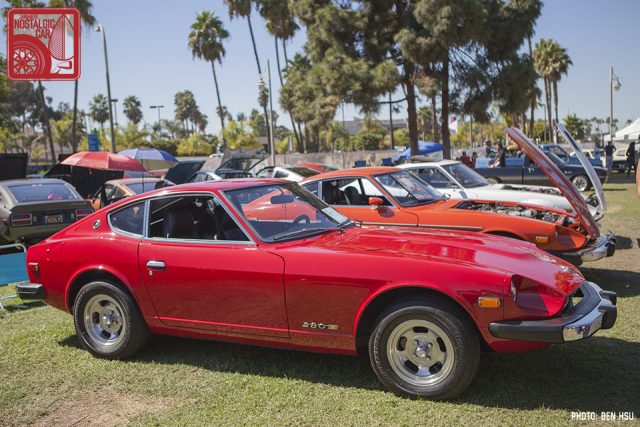 From flared out Japanese-style racers with fender mirrors and big Watanabes to big-bumpered 280Zs that would make a USDM enthusiast with slot mags, JCCS had it all. 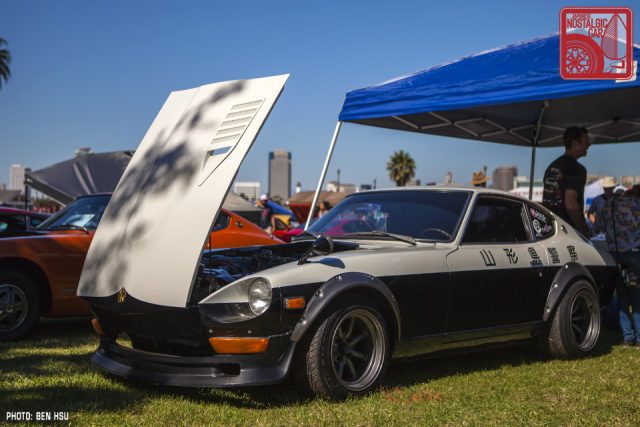 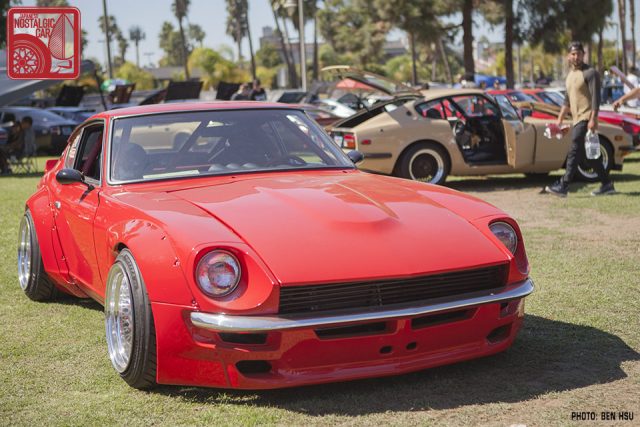 One that attracted to most gawkers was Johnny Humphrey’s 240Z, fitted with a Rocket Bunny widebody kit over super-wide 16×11 with -70 front offest and -92 rear offset CCWs. Under the hood was an E31 head over an L28 block, stroked to 3.0 liters. 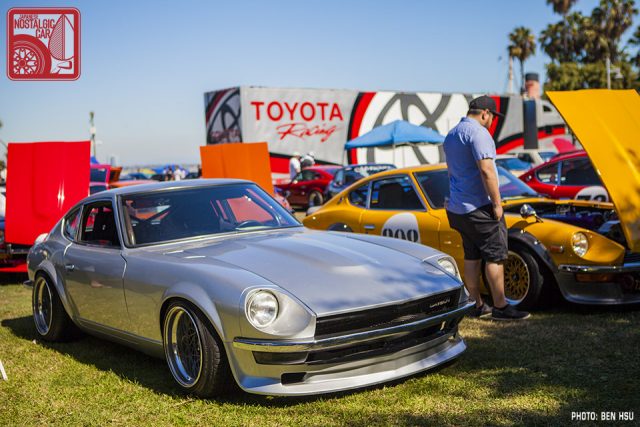 Our friend Matt Kochaon’s 240Z , which we awarded the JNC Award at the Z-Bash earlier this year. It still looks as good as ever, proving that simplicity is the key. 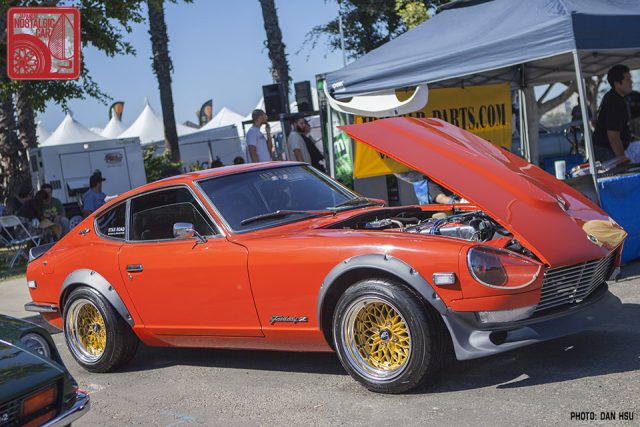 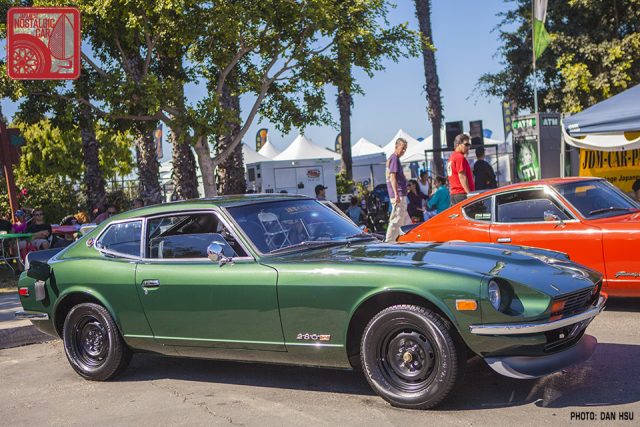 At the JDM Car Parts booth, a Star Road-style Z showed off some of the parts — grille, air dam and Glow Star wheels —  available from the famed Japanese tuning house. JDM Car Parts’s founder, Jay Ataka, is known for immaculate builds and restorations, put his efforts towards an unlikely subject: a 2+2 280Z.

With thin bumpers as well as a black-finished fiberglass air dam and spoiler, it’s quite the late-70s Tokyo dori-cruiser. Its black steelies match perfectly with the dark green metallic finish too, for a faithful recreation of what a JDM 2+2 looked like, which is quite a bit more badass than what we got in the States. 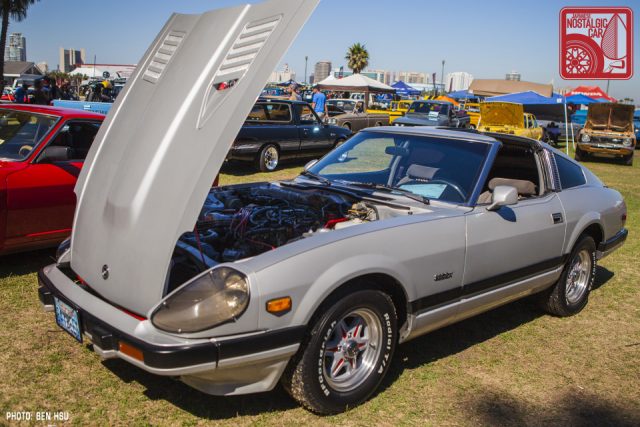 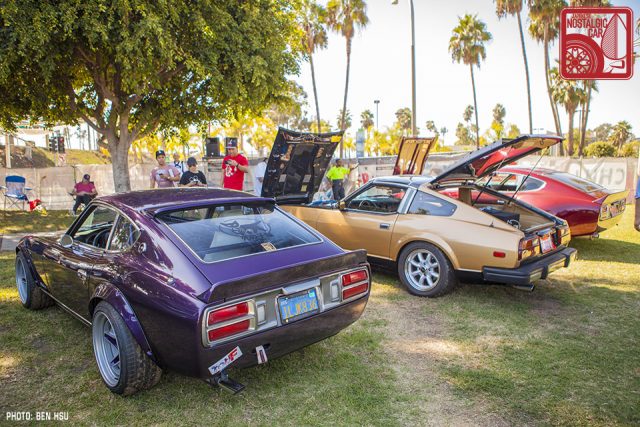 S130s were fewer in number, but their owners no less enthusiastic. Examples tended toward the stock and lightly modified, but there were two Black Gold limited editions, one of which was tucked among bumperless S30 brutes. 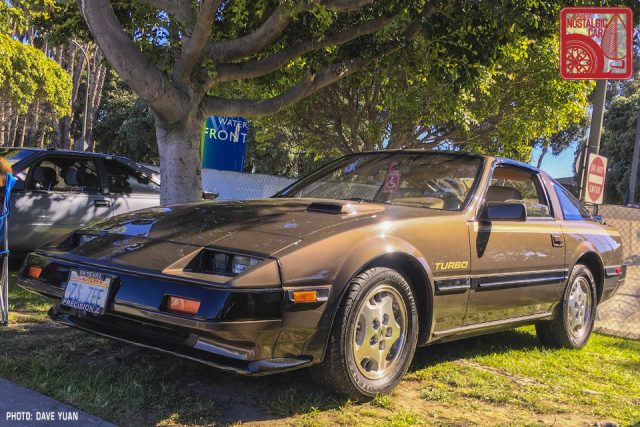 A zenki brown metallic Z31 Turbo in pristine shape and California sunset plates gleamed in the California sun. The owner looked like he could be Bernie Sanders’ grandfather, and has probably had it since new. 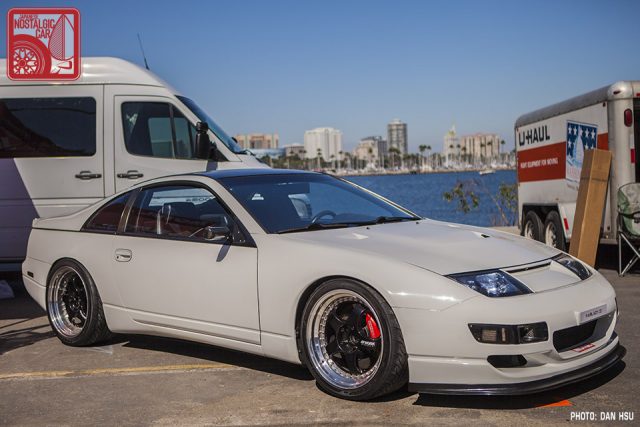 Arnel Solas’s twin-turbo Z32 bookended the other end of the Motul booth, showing just how far the Fairlady evolved in just over two decades, from a small body-on-frame roadster to high-tech, Wangan-eating brute. 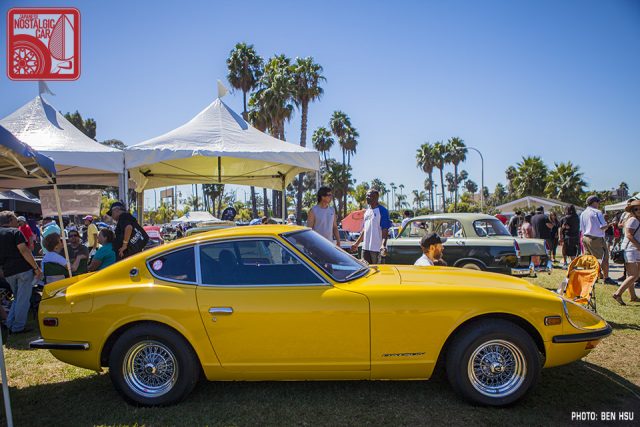 Of course, none of this would be possible with the efforts of Nissan USA’s first president, Yutaka Katayama. His custom-painted yellow Z with a G-nose front that he imported was on display as well. A former Touge California survivor, we were also honored to have it wearing the JNC Shõnin decal.