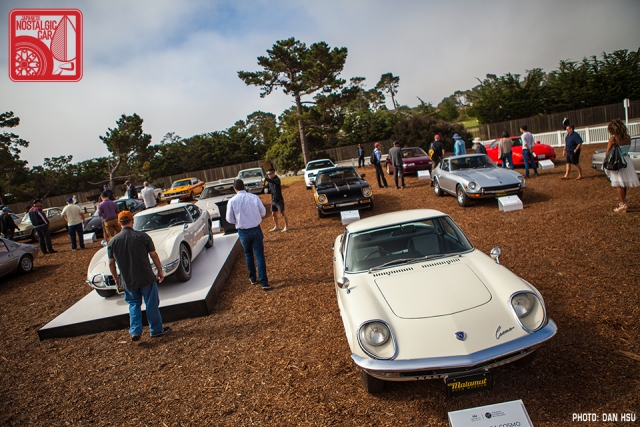 Now in its second year, the Japanese Automotive Invitational seeks to introduce the idea of collectible Nihon steel to a crowd that considers a 1954 Ferrari 375 MM not classic enough. Located at the Infiniti booth that sits just outside the Pebble Beach Concours D’Elegance, it’s a primer for those who arrive at the prestigious golf course to gawk at Voisins and Delahayes. In other words, if you’re wondering what kind of Japanese car a super-rich old guy might be into, here’s a peek.

The oldest cars present were a 1937 Datsun Type 16 Coupe and a 1938 Nissan Model 70, on loan from Nissan’s own collection in Japan. It’s incredibly rare for any pre-war Japanese cars to have survived, but that’s the kind of car that piques the typical Pebble Beacher’s interest. 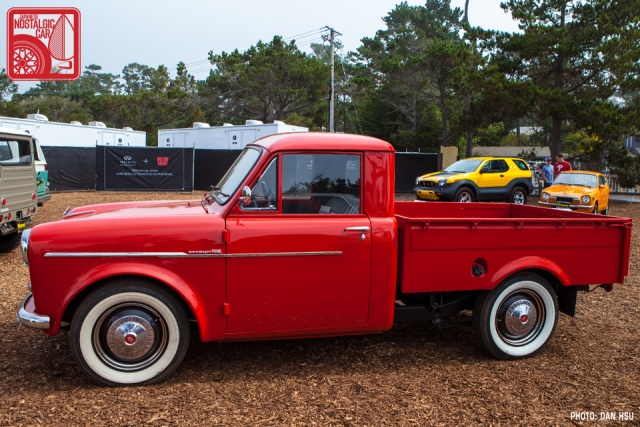 More utilitarian post-war Nissans included a 1959 Datsun 221 truck from the Mike Malamut collection, as well as a 1963 P312 Bluebird and 1967 411 Bluebird Wagon owned by Greg Childs.

Also hailing from Nissan’s Japanese collectionl and making a rare appearance in the US, was a 1969 R382 V12 race car, fresh from a stint at Los Angeles’ Petersen Automobile Museum.

Friend of JNC Scott King contributed a pair of matching 1965 Honda S600s, a coupe and a fully restored roadster. 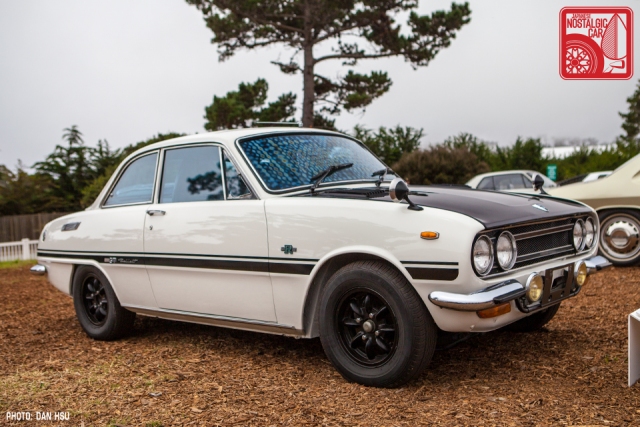 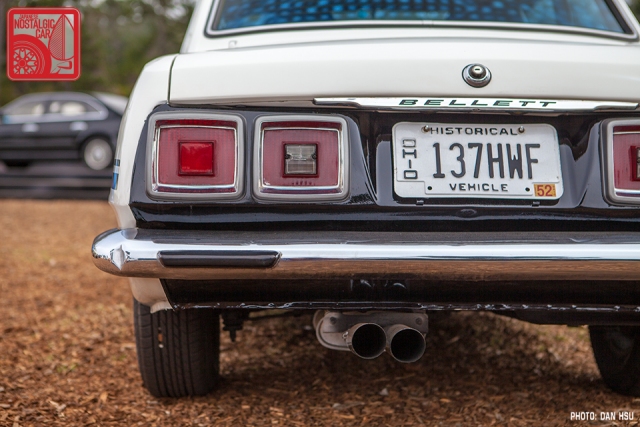 Perhaps the most familiar of all the Japanese classics, Nissan’s renowned Z was represented by a 1970 Datsun 240Z and 10th Anniversary Edition Datsun 280ZX from Nissan North America’s collection.

Rounding out the performance icons were a pair of Hakosuka Skyline GT-Rs, both clad in silver paint and RS-Watanabes.

Honda hatchbacks included a Z600, as well as a pair of CRXes from the American Honda Collection.

A very nice but sadly automatic 1988 Acura Integra RS from Betty Marci and the California Automobile Museum got its own platform.

Subaru of America brought out its restored 1986 XT from their headquarters collection. 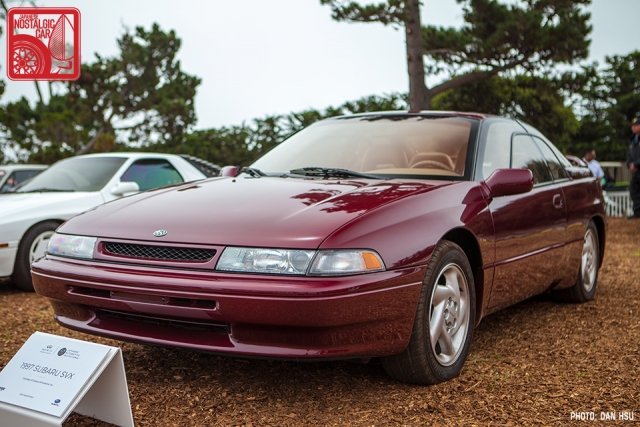 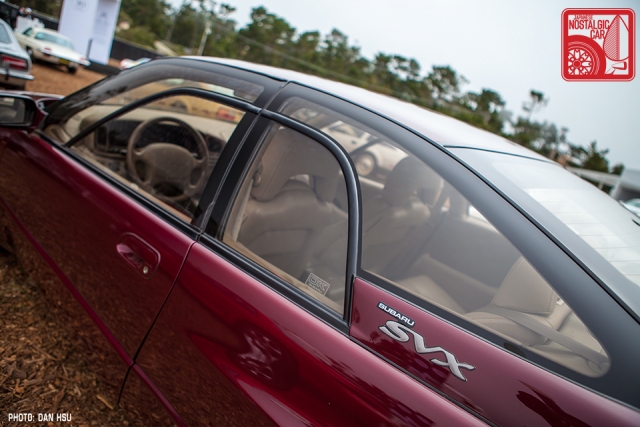 Glass-canopy cars of the 90s included Subaru of America’s own SVX from their New Jersey headquarters, and a Toyota Sera.

The 90s Mazda contingent included a 1991 MX-5 Miata from Tom and Cameron Tyer and the California Automobile Museum, as well as a JC Cosmo and Mazda 929 from Mazda North America’s collection. 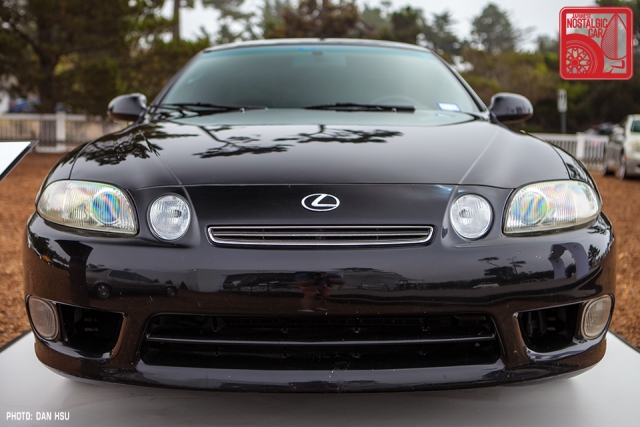 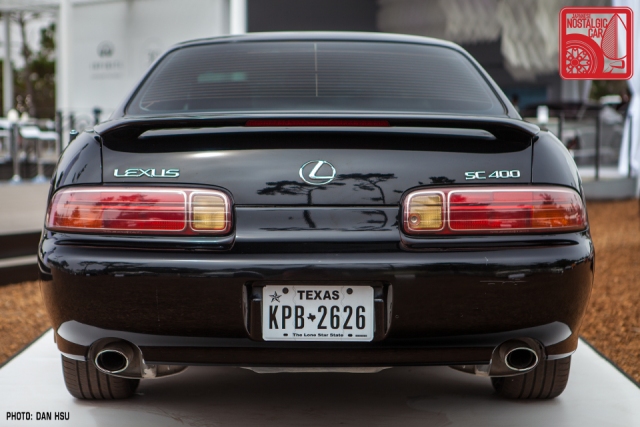 A stunning Lexus SC400 from Paul Williamsen and Lexus USA was the third car to receive its own platform. 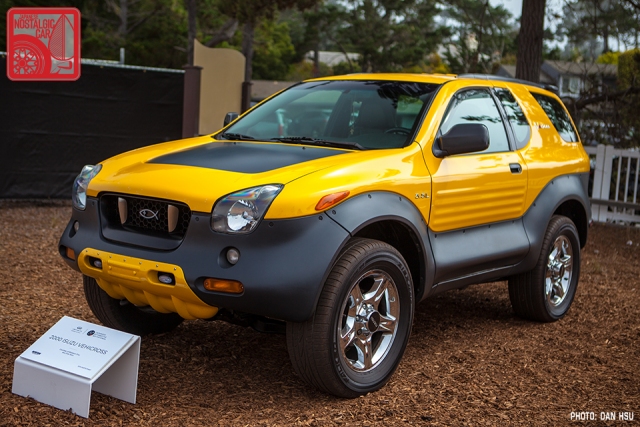 Last but not least were the off-roaders, including a LJ20 Suzuki Jimny and 1973 FJ55 Land Cruiser from the Malamut collection, a Lexus LX450 from the Toyota collection, and an Isuzu VehiCross from our friend Baldwin Chiu.