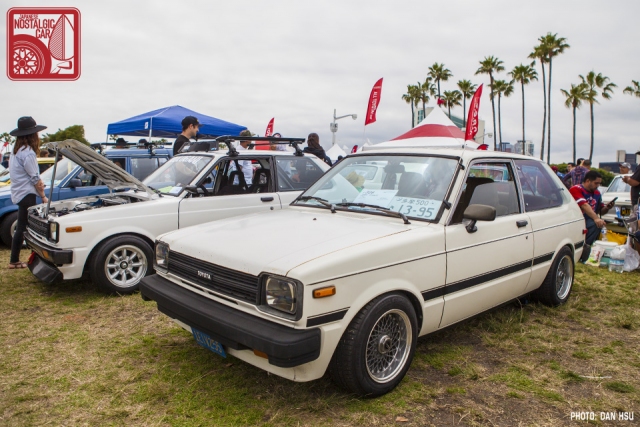 Over the years even traditional, Camry-hating mainstream car enthusiasts have come to appreciate some Toyotas, your Celicas, MR2s, and FR Corollas. However, when it comes to the marque’s most diminutive compacts, the love still tends to emanate only from the dedicated Toyotaku. 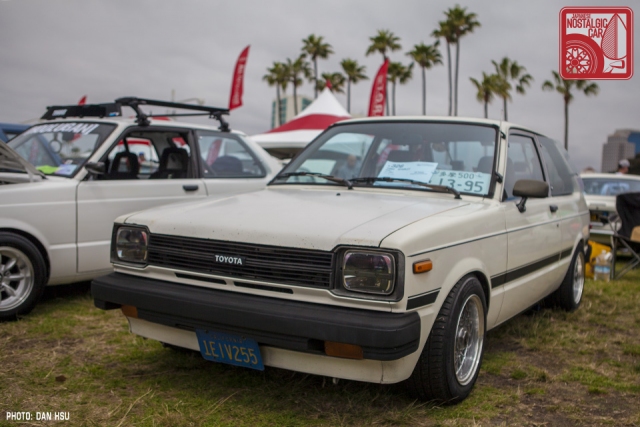 The Starlet was Toyota’s hot hatch of the early 80s, but unlike the defining cars of the breed, were rear wheel drive. Lightweight and capable of accepting all sorts of mods, it was an popular platform throughout Asia. Alex Leyva’s 1981 appeared to only have a drop, wheels, and headlights, otherwise a clean, original-bodied example, even with the right decal stripe. 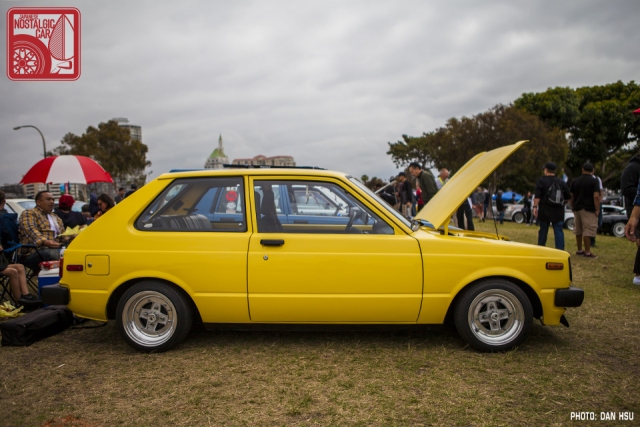 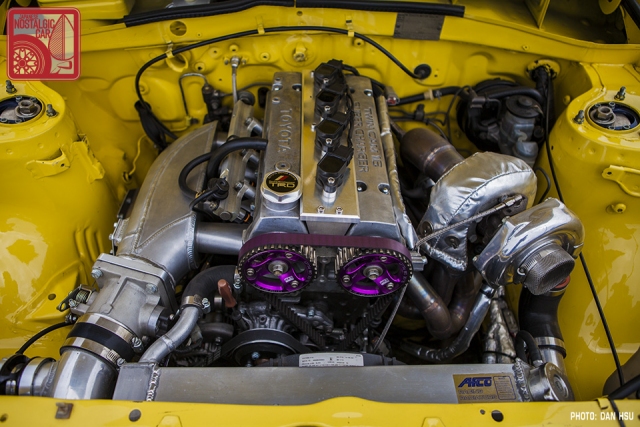 We’ve been fans of Archie Giron’s yellow, SSR MkII-shod 1981, a former award winner at Toyotafest. Though stock-bodied, the it runs a turbocharged 4AG that should make a car that weighted only 1,650 pounds in its plushest trim level a real sleeper. 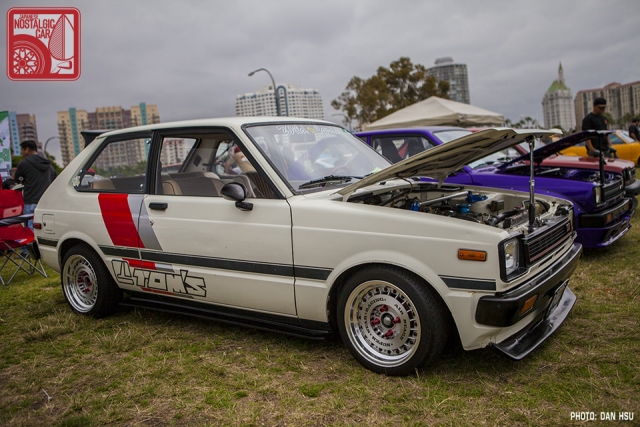 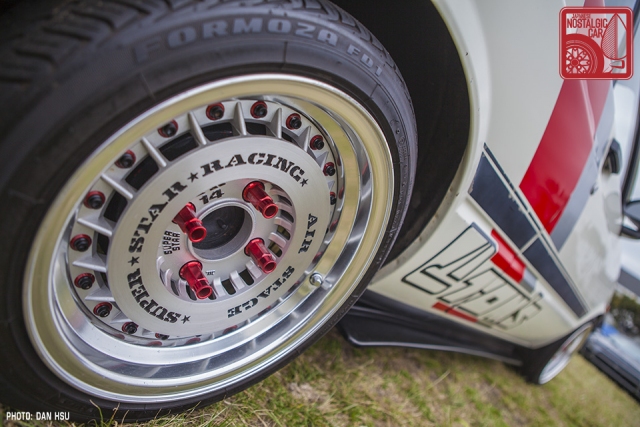 On the other side of the modification spectrum comes Tommy Dolormente’s Hawaiian-built Starlet. With its SSR Air Stage wheels and TOM’s livery it looks the part of a race car, but retains its 4KC its low-riding stance comes courtesy of an air suspension. Built with a sharp eye for design, though, it exudes an old school 80s coolness throughout. 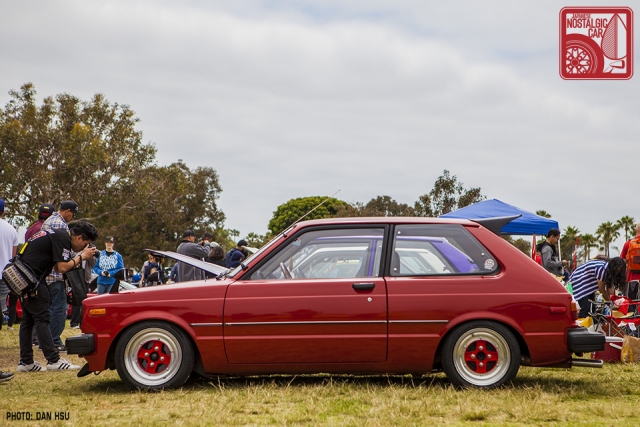 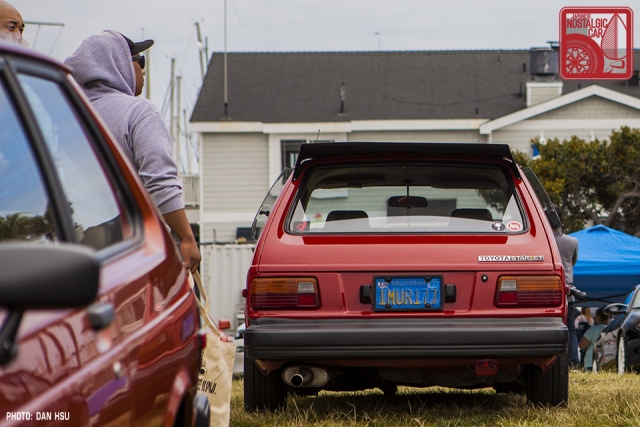 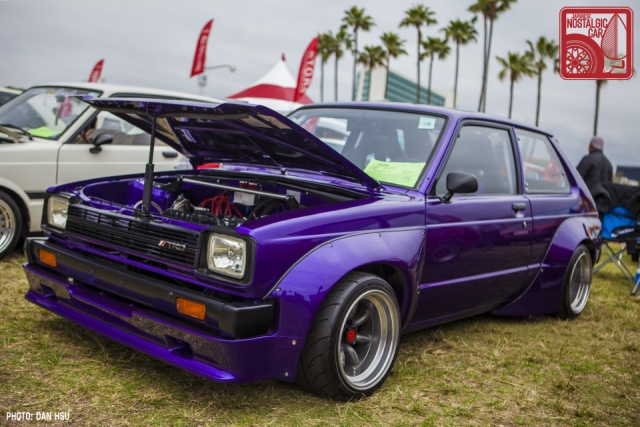 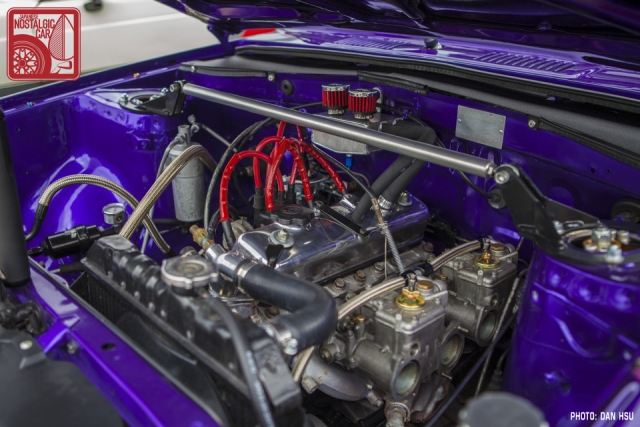 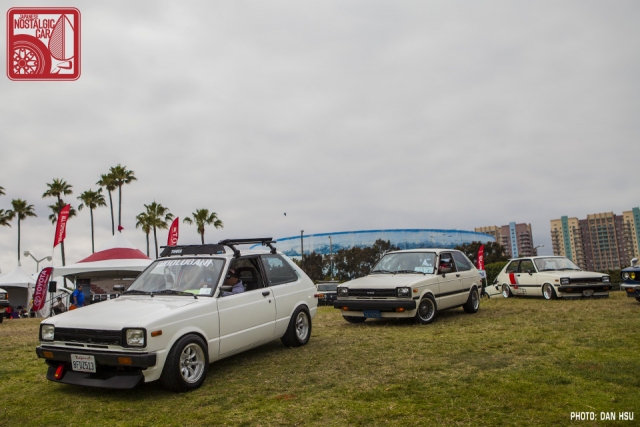 Dennis Dasalla went home with the Toygarage Award for his 1982 Starlet. It was completely reworked with a 20-valve 4A-GE black-top, as well as the brakes, transmission and narrowed rear axle and TRD LSD from an AE86, and a host of other cooling, fuel, and suspension improvements. Panasport 13-inchers with Advan A048 tires rounded out the quintessential PI-style build. 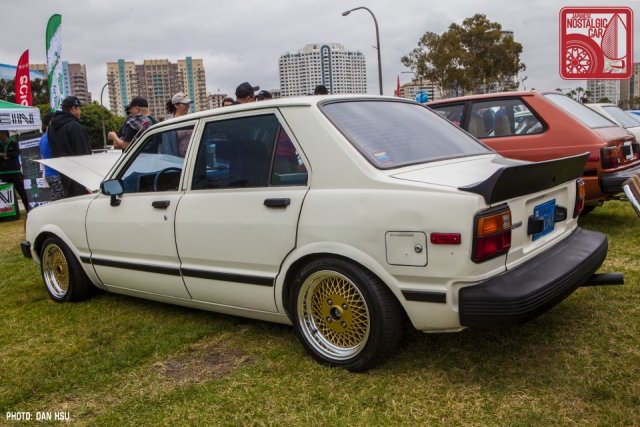 The Starlet was an odd compact for Toyota USA, because at the same time they were marketing the front-wheel-drive Tercel was well. Bernando Hernandez’s 1982 sedan proves that fun could be had with the little-loved entry-level machine. A custom coilover kit lowered the car on Enkei 92s and the now-ubiquitous stock car-esque spoiler somehow works better than it does on any number of SEMA widebody Scions. 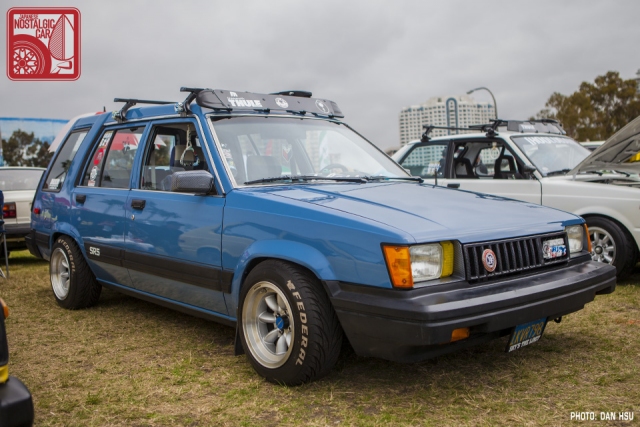 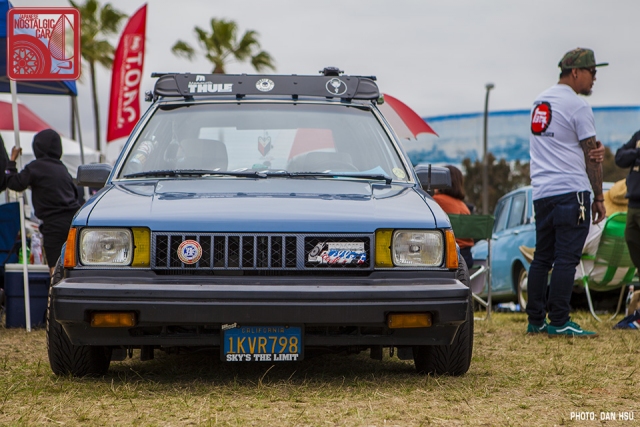 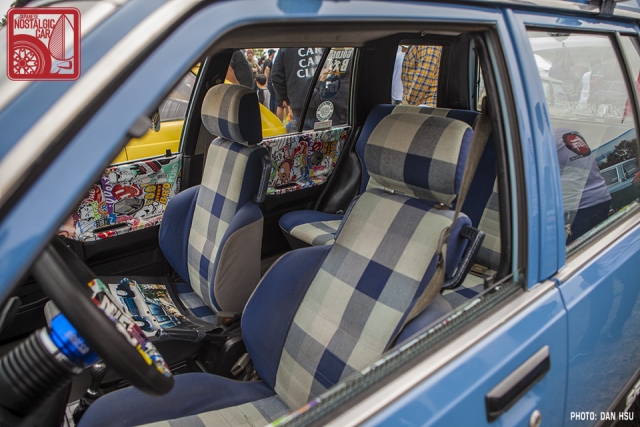 We always had a soft spot for the Tercel 4WD Wagon, Briwurm De Mesa’s blue goon was definitely an eye-catcher. Though the stickering and stancing might be overkill for some, there’s no denying the charm of a factory plaid seats and an off-road capable mini-wagon. 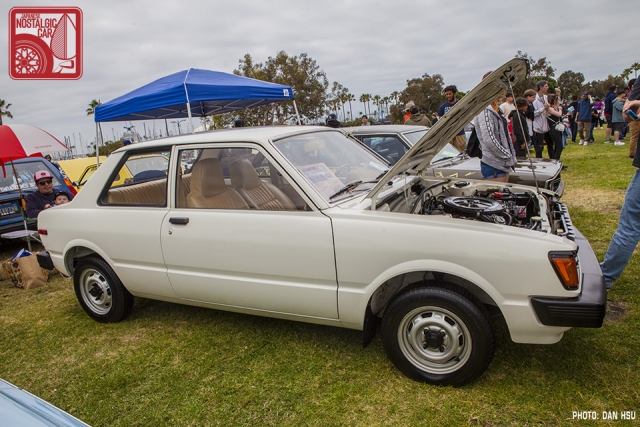 A stand-out car everywhere it goes, Edgar Briones’ 1982 Tercel Coupe has experienced the type of meticulous preservation typically reserved for a 1960s Ferrari. It is said to be all-original, even including the plain-Jane paint, called simply “White.” Obviously an original battery would be impossible to use, but an old Toyota Genuine Parts sticker is at least affixed to the one underhood. In the end, this Tercel even beat out Supras, MR2s and Lexues for the Original/Restored Condition Award car for all of Toyotafest.