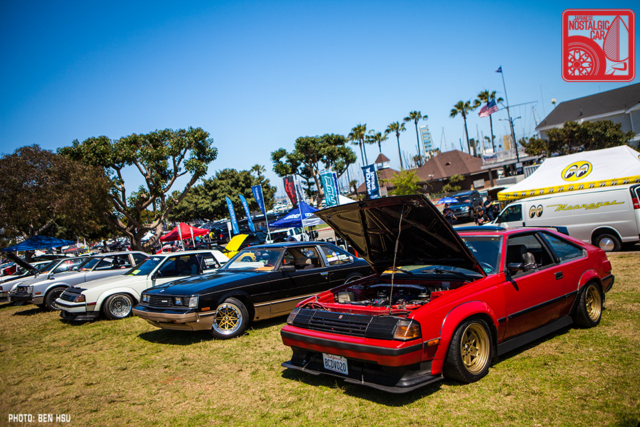 With a new Supra on the way and Toyota’s increased focus on more powerful and likely very expensive sports cars, let us not forget the humble Celica. For seven generations it was Aichi’s entry level sports car, and long before the zippy front-drivers and AWD rally monsters, the Celica was a proper, lightweight, rear-wheel-drive sports coupe. 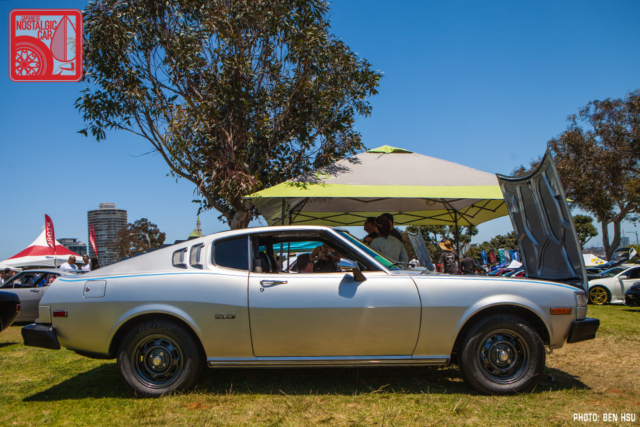 We featured Richard Pope’s immaculate 1977 Celica Liftback in a Toyotafest spotlight last year. The car made a return this year, still as beautiful as ever. Richard is the original owner, and last year finished a bare-metal, nut-and-bolt restoration. Not a bad way to celebrate a 40th anniversary with your car. 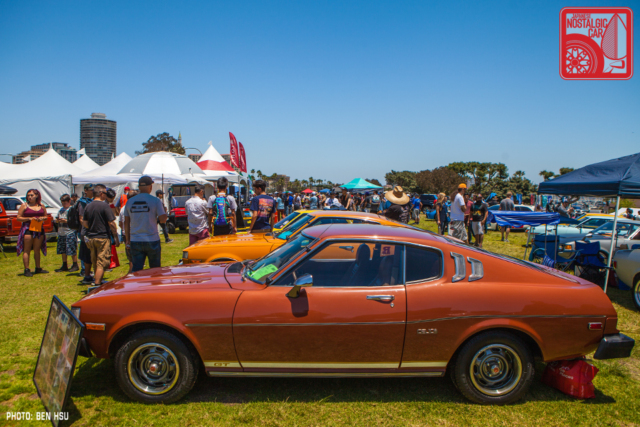 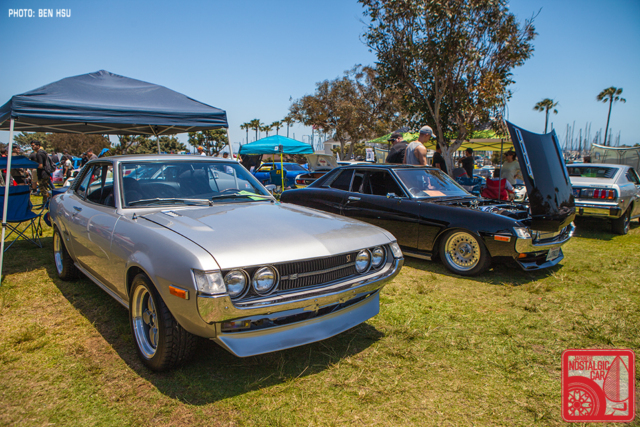 Ryan Panilio’s 1974 Celica was a well-built resto-mod, with Libre reps, a 5-speed W50 transmission, TRD lip spoiler and T3 coilovers. Behind it lurked Cary Miller’s 1JZ-powered drag Celica, which we spotlighted last year. Cary walked home with one of three awards in the first-gen Celica class. 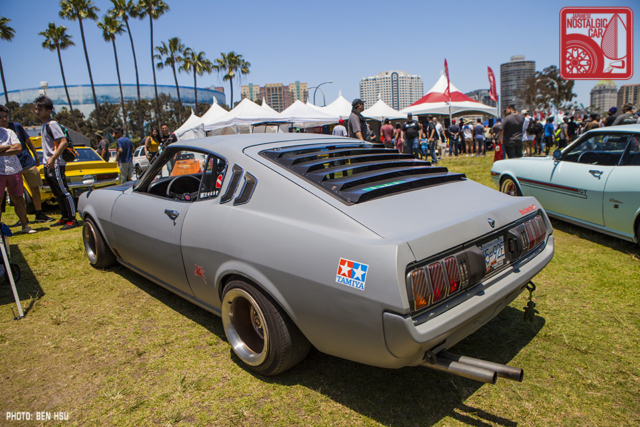 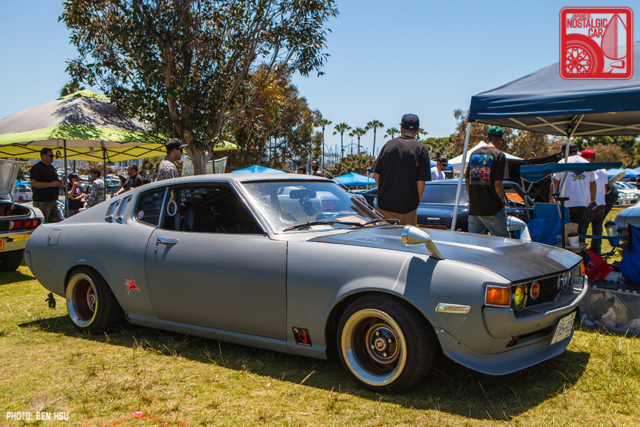 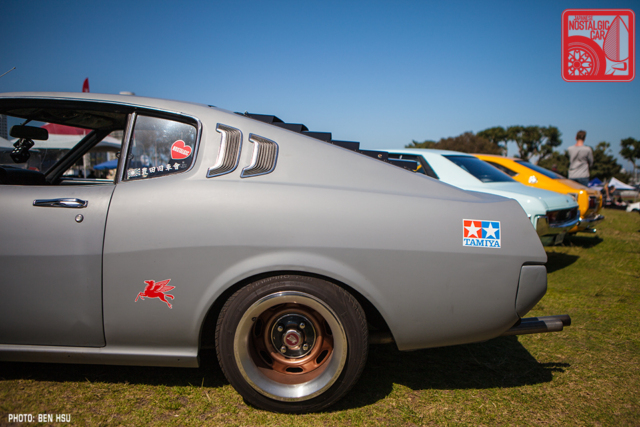 One of our favorite new builds this year was Keith Measures’ slim-bumpered RA29 Celica, which contained several clever touches and nods to Japan, including widened steelies, butaketsu side markers, askew shotgun exhaust, and a tsurikawa. Stickers representing Mobil, Tamiya, Benetton, and our very on JNC Love Nostalgic made for perfect retro livery. 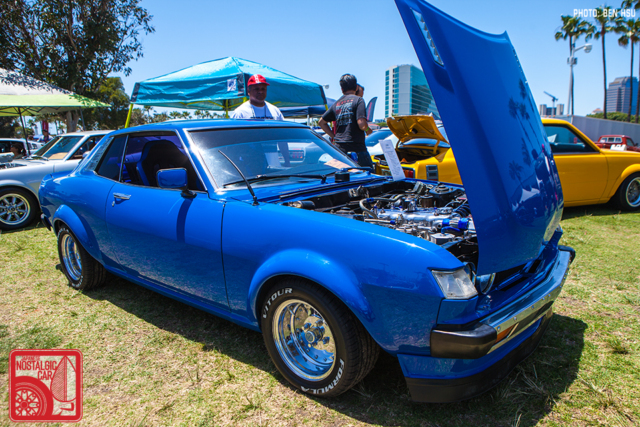 Alejandro Gonazlez’s 1975 Celica coupe was also period correct, but modified in American street style. The molded flares, 13×8 Cragar SST wheels with beefy 215/50 radial tires, and US-spec safety bumpers show the state of USDM customization back then. The engine consists of a match-ported 20R head on a 22R block, dual Mikuni side-drafts, a TRD 280 cam, and Pacesetter ceramic headers. Alejandro has owned the car since 1985, when it served as his daily and an SCCA Solo2 autocross car. 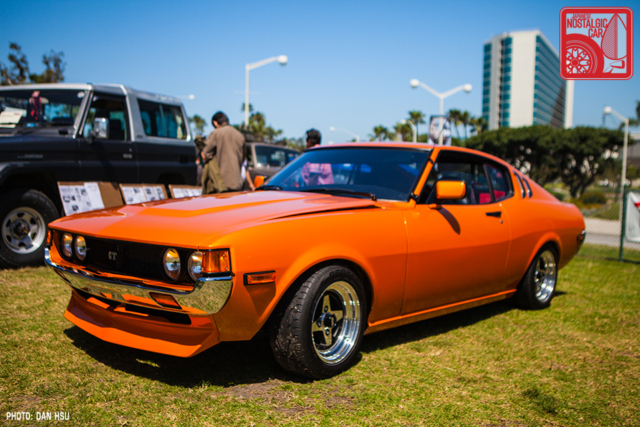 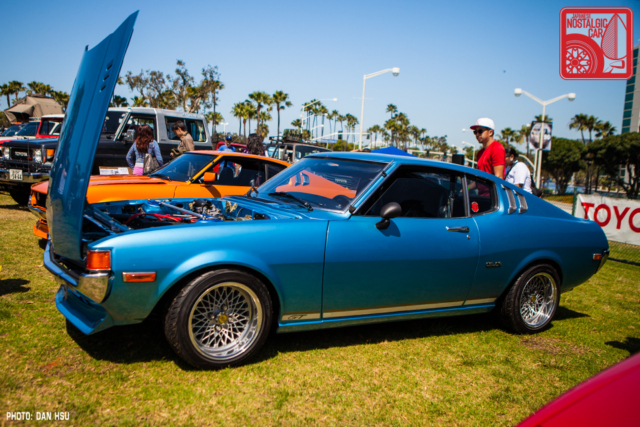 If there are hard core JDM and hard core USDM styles of Celica, Brian Karasawa and Jeff Yee’s Liftbacks fall somewhere in between. These are proper nisei style, which had a bit more of Japanese influence than what was prevalent back in the 80s, with details like smiley bumpers, Hayashi Command or SSR mesh wheels, and racing mirrors. 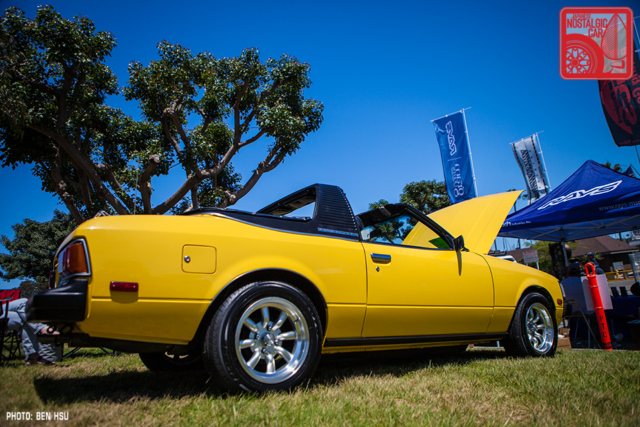 Moving onto second-gen Celicas, we came across Anthony Raimundo’s droptop A40. Resplendent in yellow and a Touge California veteran, we cannot think of another car more suited to the name Sunchaser. Anthony went home with an award for workmanship as well. 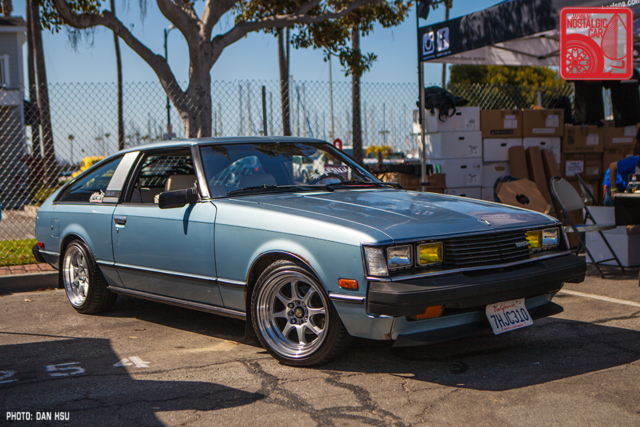 Big props to the Weds Wheels booth for showcasing an A40 Liftback. This could very well be the first time an A40 Celica has been used to sell wheels since the 1980s. 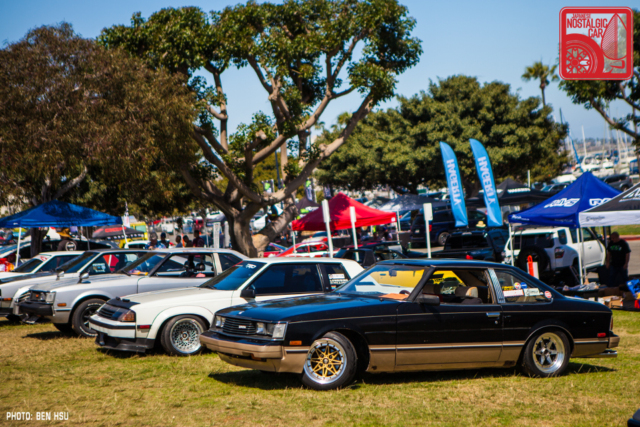 The A40 Celicas were sold for four years starting in 1978, but only came in two-tone paint jobs in their final year. Even among already rare two-tones, Adonis Belt’s 1981 Celica sports a unicorn-like factory black and tan combo. Adonis says the car was built for track and drift use, which explains the Work Equip 03 wheels on the front and Longchamps on the back. 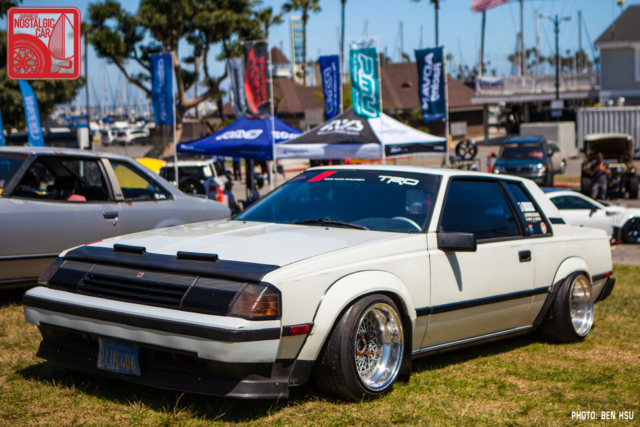 Though overshadowed by the truly phenomenal A60 Supra, the third-gen Celica should receive more recognition than it does. A few years ago they suddenly began showing up at Toyotafest, but the momentum has largely stalled. GT-S models with the factory fender flares are a US-market anomaly, theoretically making them even more desirable. They were never sold like that in Japan, making them even more desirable. 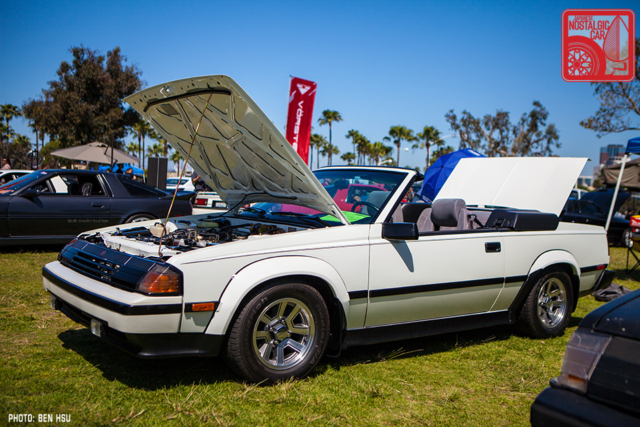 Another US-only variant was the GT-S convertible made by ASC. KJ Woolcott’s 1985 was about as flawless a specimen as we’d seen. Turns out, there was a good reason why: Joseph DeMeo, whose concours-quality Celica All-Trac should be in a museum, helped get this Celica to show quality. Not only is everything original, KJ is also the original owner of this beautiful example. 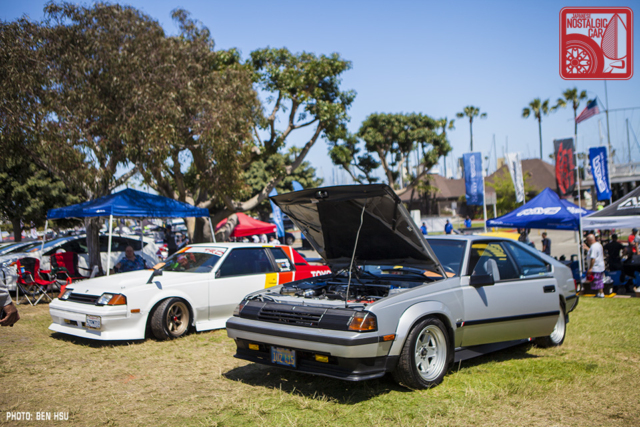 Frank De Jesus took home an award for workmanship for his 1UZ-swapped Celica GT-S hatchback. Amazingly, the Lexus V8 looks so at-home in the engine bay of Frank’s A65 that you could be forgiven into thinking it was a factory option. A slew of suspension, cooling, and brake upgrades, combined with what must be a jaw-dropping power-to-weight ratio, makes the car sound incredibly fun. 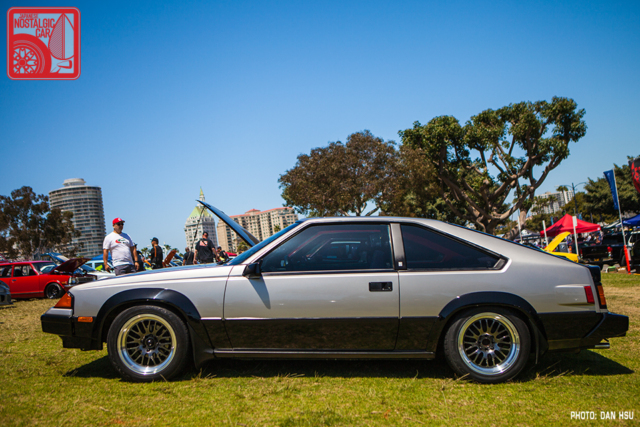 The final award in the class went to a 1983 RA65 owned by Dylan Nagao. The car was bought four years ago with a blown motor and rebuilt by Dylan and his brother. The car is modified tastefully and remains stock-bodied in a rare Haze Gray over black two-tone. Incredibly, Dylan is just 17 years old, meaning he was probably one of the youngest award recipients at the show. For us, though, learning of Dylan’s story filled us with hope for the next generation of car enthusiasts is an even greater reward.

We’ll have more 2018 Toyotafest coverage coming up, but in case you missed it, check out Toyotafest 2018, Part 01 — Sedans, Part 02 — Supras, and Part 03 — Transversely Mounted, as well as a spotlight on Randy Beard’s Toyota Mark II kaido racer.

permalink.
This post is filed under: events and
tagged: a20, a40, a60, celica, toyota, toyotafest.