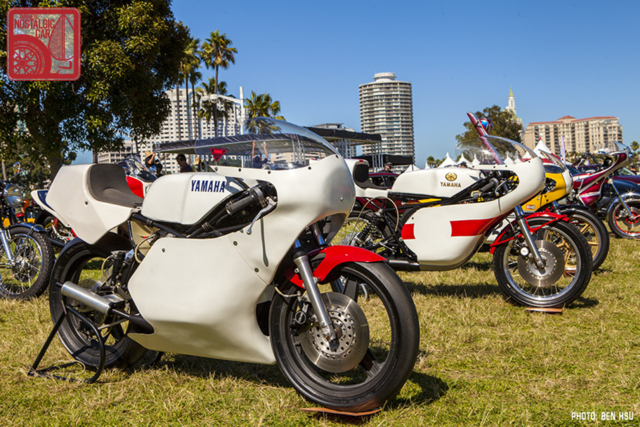 Two-wheeled conveyances are an integral part of Japan’s motoring culture, much more so than they are in America. Go to any city in the land of the rising sun and you’ll see hundreds of motorcycles buzzing around — as transportation, as sporting machines, as workhorses. Therefore, it is only fitting that JCCS devote a section to historic examples of these important machines. 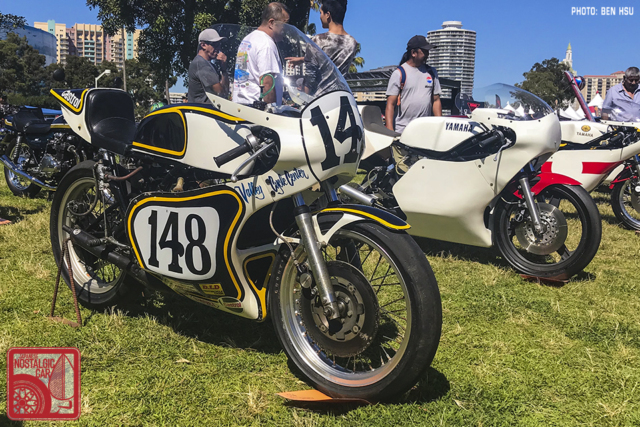 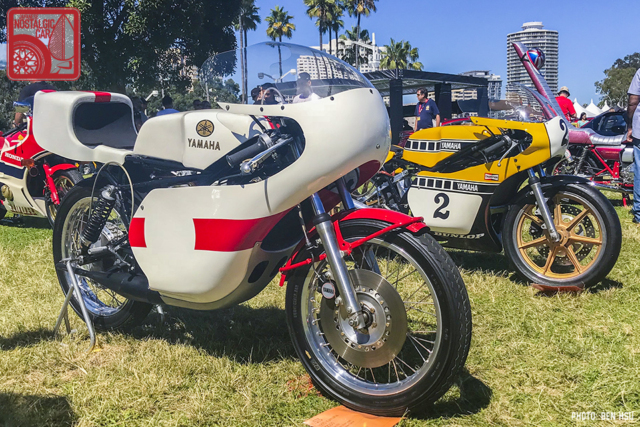 The Motorcycle class was sponsored by Motul and Yamaha this year, so it was appropriate that several Yamaha TZ250 racing bikes were shown on the lawn. All four in the three photos above were owned by Steven Turner, each one with a different personality. The black 1978 No. 148 is pure vintage racer; the yellow and black 1979 looks like an old Yamaha works racer with the company’s old livery; the red-on-white 1975 exudes old GP machine; and the all-white 1984 feels like a modern rocket. 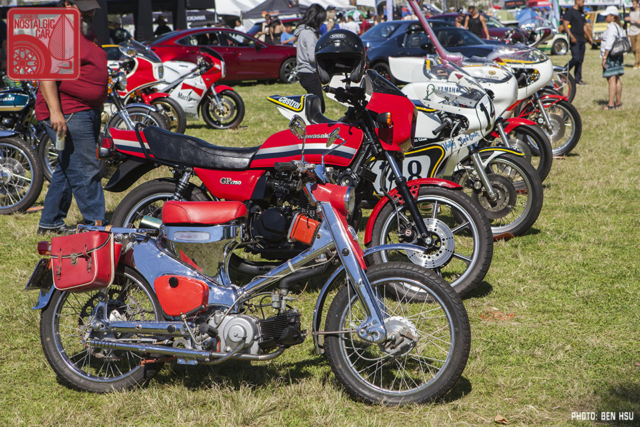 A stripped down custom Honda Super Cub with a retro side bag and a stock Kawasaki GPz750 capped off the row. 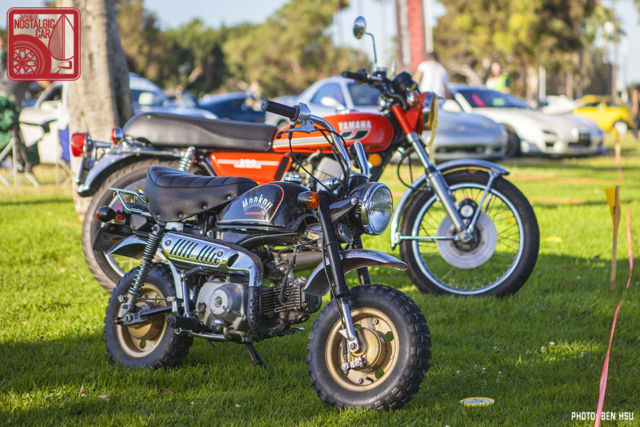 Steve Kopito’s Honda Monkey Z50 was a rare 1981 special edition that came with a black body and gold wheels. The original 50cc Monkeys went out of production last year, to be replaced with a larger 125cc version. In the background was a stock Yamaha RD350 for scale. 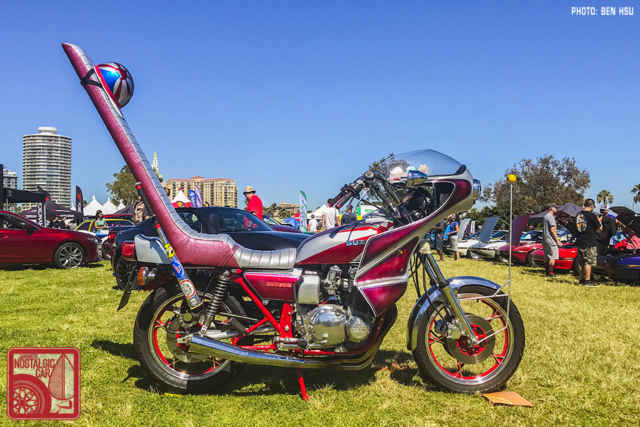 Patrick Ladd’s 1979 Suzuki GS750E is a JCCS regular, and is probably the best bosozoku bike we’ve seen in the US. 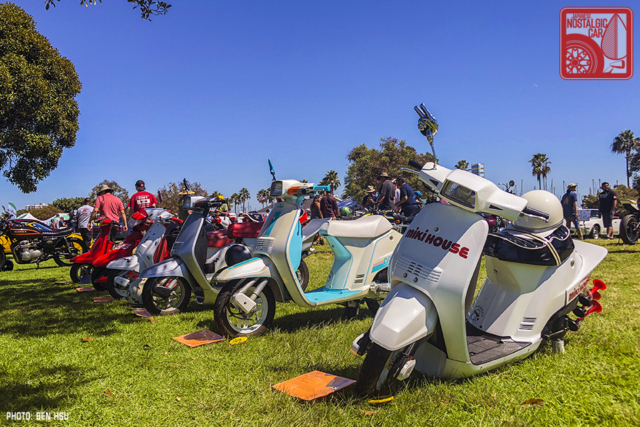 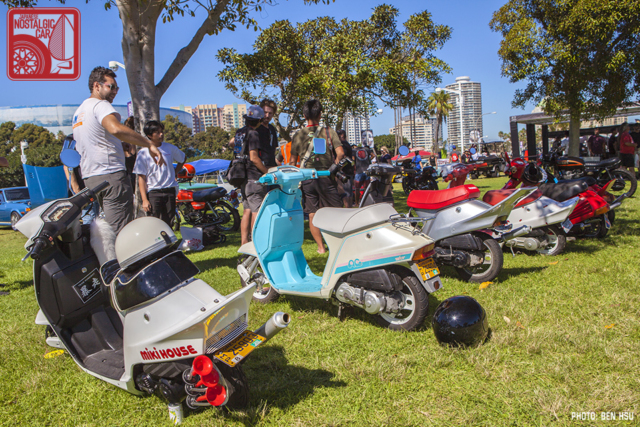 Expanding on the bosozoku theme was a gang of Honda Tact scooters, a popular choice for radical customization in Japan. For a deeper dive into Tact culture, check out this post from 2017. 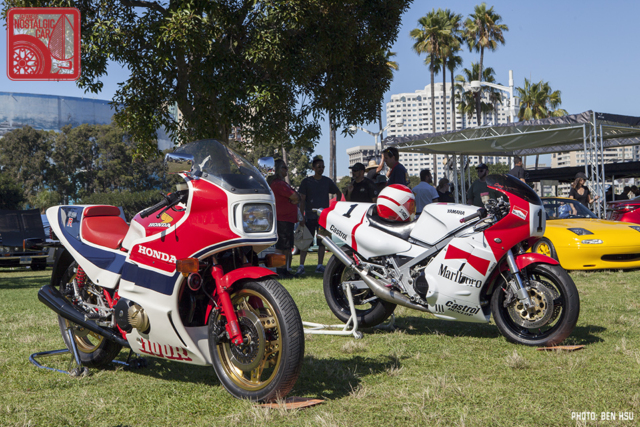 According to owner Grant Hellinger, only 1,500 1982 Honda CB1100R-C homologation specials were made. Built for the Castrol 8hr race in Australia, it was “the first true homologation production bike with use of titanium and magnesium.” Behind it, Craig Simonian’s 1984 Yamaha RZ500 was heavily modified with a stage two port and polish, Keihin race carbs, and an Ohlins suspension. 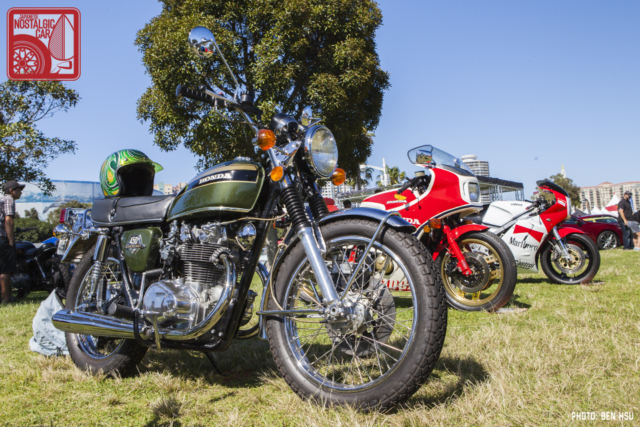 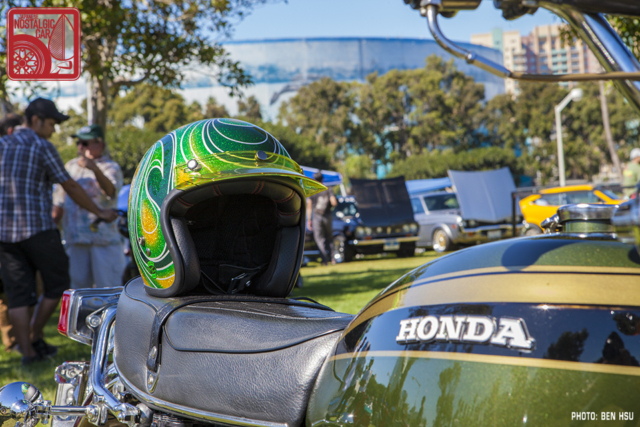 And finally, a wonderfully period correct late-production Honda CB450 came with one of the coolest helmets we’ve ever seen.