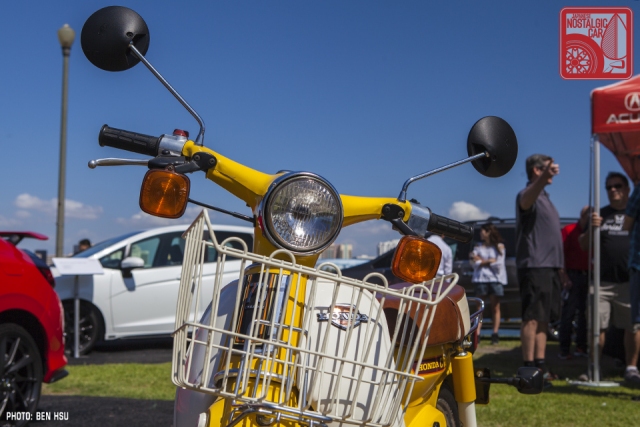 Hey guys, we’ve been totally slacking on a hugely important segment of Japanese Nostalgic Cars because, well, they’re not actually cars. But, even with two fewer wheels, motorcycles and scooters have been an integral part of Japan’s motoring history. Here are some of the examples that graced the Queen Mary lawn at JCCS.

We absolutely loved the 1980 Honda Passport C70, parked at the Honda booth next to the new Civic Si. It is, of course, actually a SuperCub, which, as James May pointed out, is the most widely used motorized vehicle in human history. Honda couldn’t use the name SuperCub in the US because there was already an a Piper airplane with that name. Then Honda recycled the name for the Isuzu-built SUV in the 90s. Anyway, this example was dead mint, with just under 200 miles on the odometer, from American Honda’s own collection. 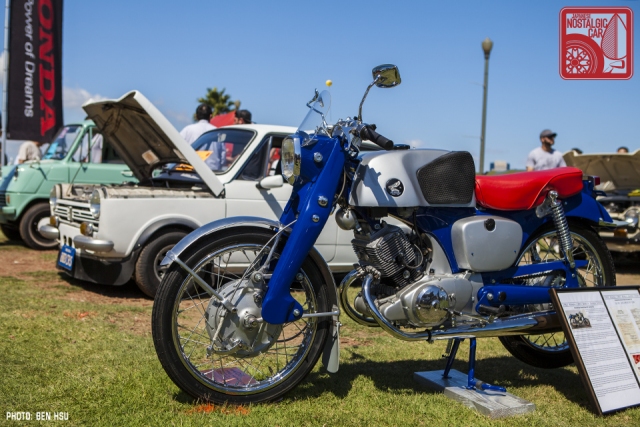 One of the oldest bikes was Steve Pearl’s 1962 Honda CB92 Benly Super Sport. As he tells it, Steve bought a brand new one in 1962 in Nottingham, England and rode it to work and school every day for 9,000 miles. Last year, Steve saw this example for sale and bought it and restored it completely with all original Honda parts. It came with a bunch of original paperwork showing it was purchased in April 1962 in Brookline, Massachusetts. It look absolutely brilliant in the California sun, and its colors, particularly the vivid red seat, are simply fantastic. 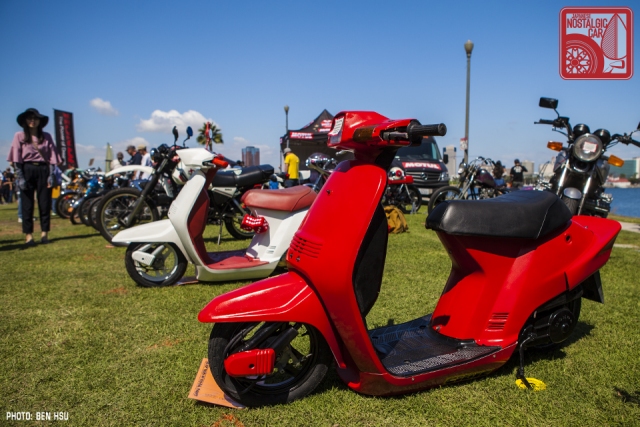 A pair of lowered Honda Aero 50 scooters were a very cool sight. In Japan these are popular scooters to customize, but we didn’t know these had a following in the US. Japan had many special editions that were tie-ins to en vogue fashion brands of the time. In the US, it is sometimes credited with kicking off the modern scooter trend. 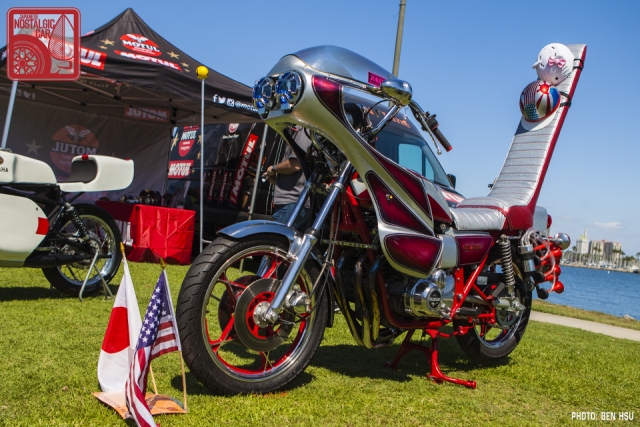 Speaking of Japanese styles, Patrick Ladd went full on bosozoku with his 1979 Suzuki GS750E. The paintwork on the fairings is particularly well done, and the mutli-tone horns are a nice touch. We also dig the airbrushing on the helmet, a tribute to both the US and Japan. 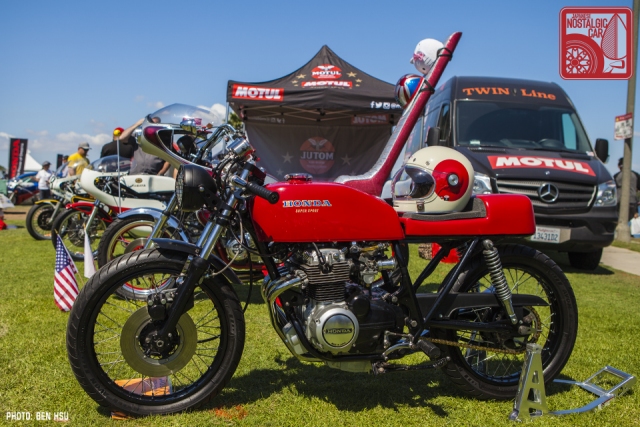 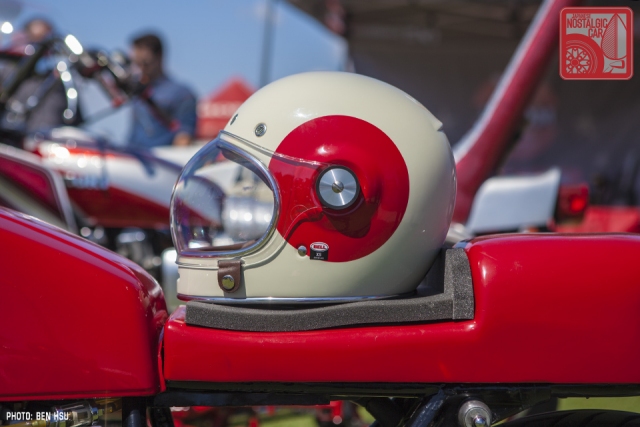 Sometimes a stylish helmet makes the bike. Akkhrawat Aphiwattechin’s 1976 Honda CB400 Four was already a superb looking cafe racer, but his matching hinomaru helmet takes the damn cake. These bikes were popular for cafe racer builds, probably because they already kind of looked like them from the factory. 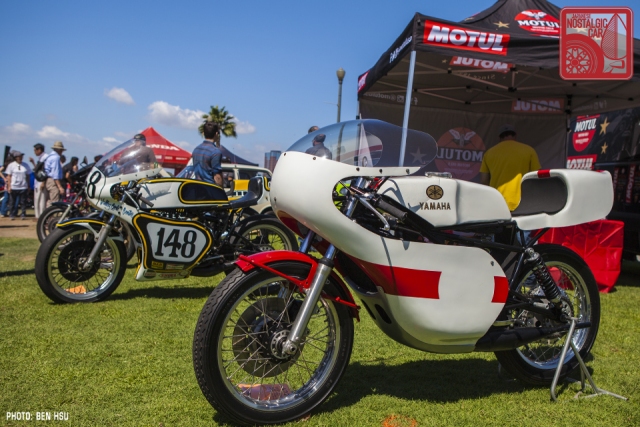 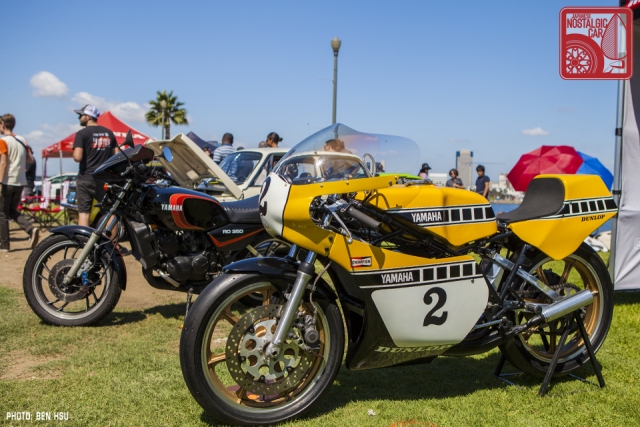 Steven Turner brought a trio of gorgeous Yamaha TZ250 race bikes. These bikes helped Yamaha dominate the 250cc classes in motorcycle racing in the 1970s. It’s hard to choose a favorite, between the red on white 1975 and the black on yellow 1979 in vintage Yamaha racing colors. 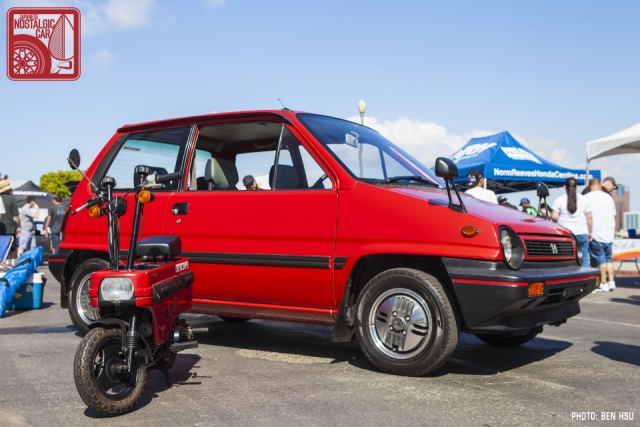 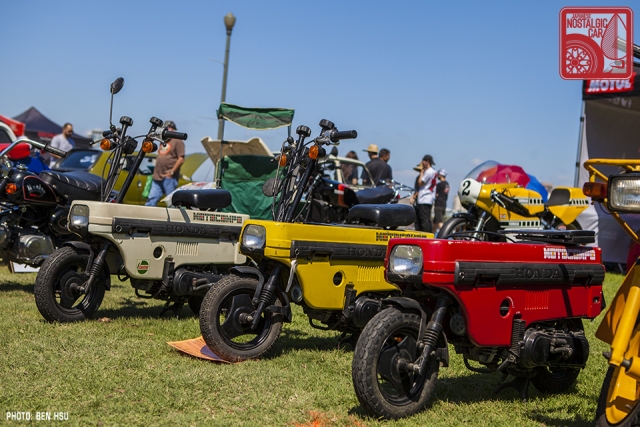 For Honda City enthusiasts, there was no shortage of Motocompos. All three available colors of the foldable 50cc bikes that came with the iconic Honda hatchback were represented. 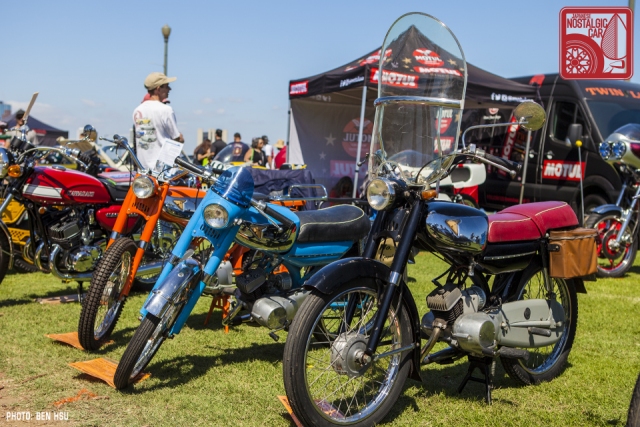 Tim “Merciless” Mings, the Honda N600 and Z600 expert, is also a restorer of vintage bikes. As such, he brought a trio of 50cc bikes built by Tohatsu. The black 1963 in the foreground is called the Runpet and is the base touring model. The blue 1961 is a range-topping Runpet Sport, which Mings says would run circles around other 50cc bikes of the era and is a rare find these days. Lastly, the red 1962 is a Trailmaster model, built for off-road riding.

According to Wikipedia, Tohatsu commanded 22 percent of Japan’s motorcycle sales in the 1950s, but financial troubles killed the brand in 1964. Nowadays, the company makes outboard motors for boats. 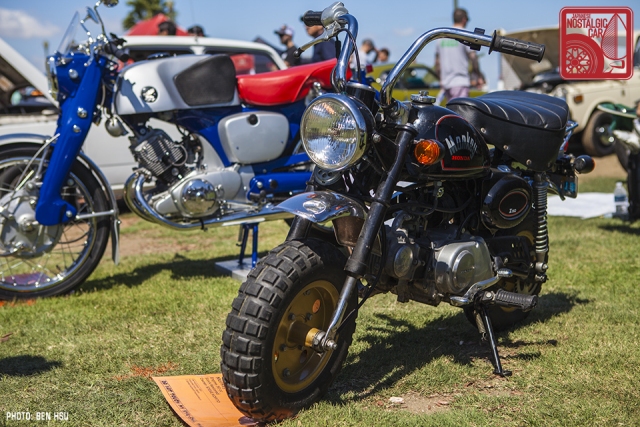 We end this segment (and all our 2017 JCCS coverage) with Steve Kopito’s 1985 Honda Monkey. With 50cc and a 3-speed auto-shift transmission it’s one of the most fun one can have on two wheels. They’ve been in production for 50 years but sadly, production ended earlier this year. RIP, Honda Monkey.