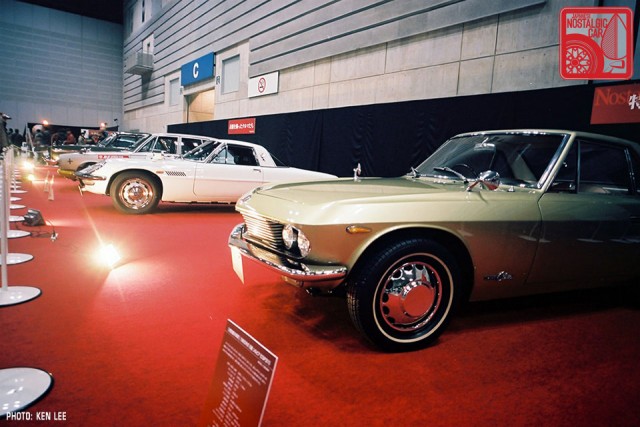 Closing out our coverage of the 2015 Nos2Days show, we begin with some cars being honored on the red carpet. Just like at a movie premiere, the event reserves a special crimson rug for those that have graced the cover of a magazine. In this case that magazine is Nostalgic Hero, and the carpet is a permanent fixture encircling the show floor. 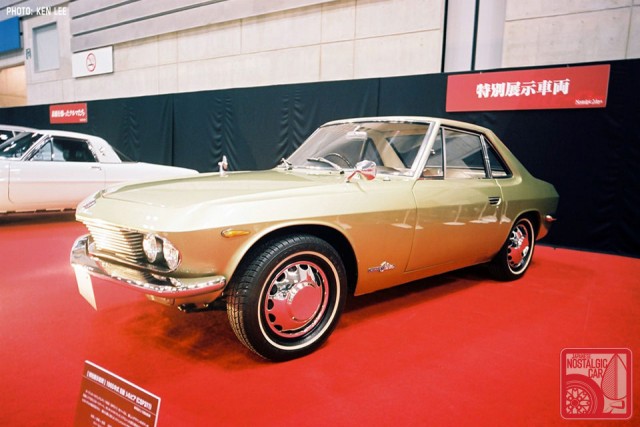 The first car spectators encountered upon entering was a pristine CSP311 Nissan Silvia, one of 554 hand-built examples. It was as original and mint as one could be, and a shining example of Kazuo Kimura’s brilliance with a pen. 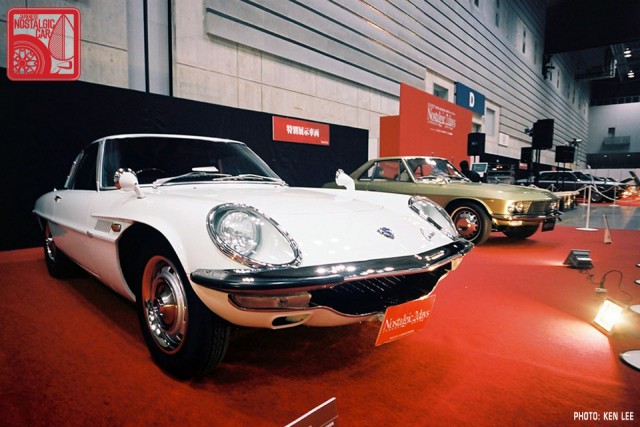 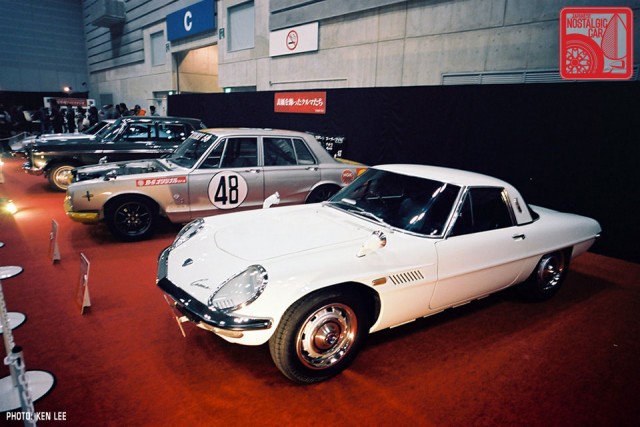 Beside it was another rarity, one of 1,176 long-wheelbase Mazda Cosmo Sports and star of Nostalgic Hero‘s December 2014 issue. Further down the row was the Victory 50 PGC10 Works replica from the February 2015 issue (see Part 01 for more), followed by a the August 2014 S40 Toyota Crown and the April 2015 Nissan Fairlady Z432 see Part 02 for more). 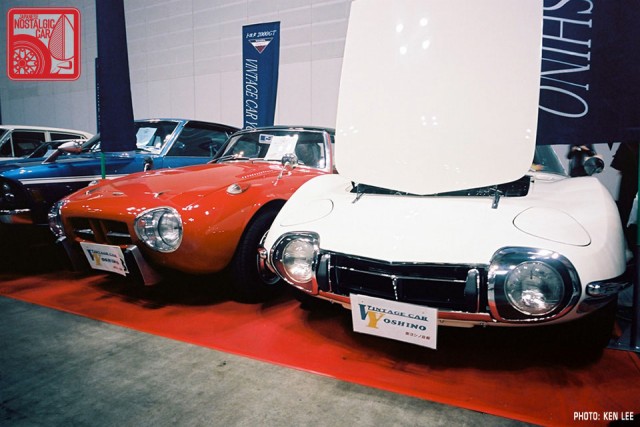 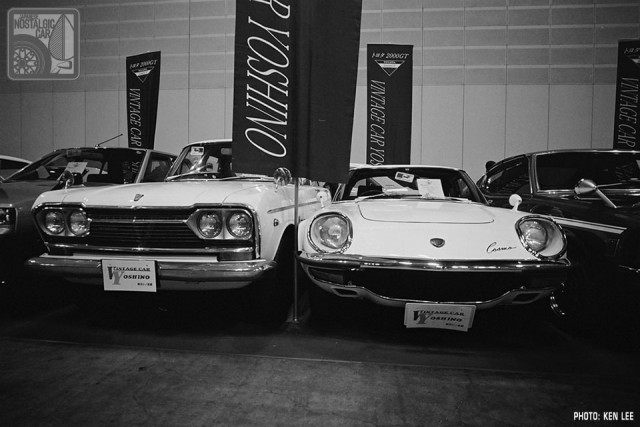 Vintage Car Yoshino brought out a who’s who of Japanese classics, parked doorhandle to doorhandle — Toyota 2000GT, Sports 800, Mitsubishi Galant GTO, Mazda Cosmo Sport, Prince Skyline. These are the dream machines of the Showa Era, and not too long ago they were completely unknown to mainstream American collectors outside of Japan. The feeling must be bittersweet for the average Japanese to see their heritage become a commodity. 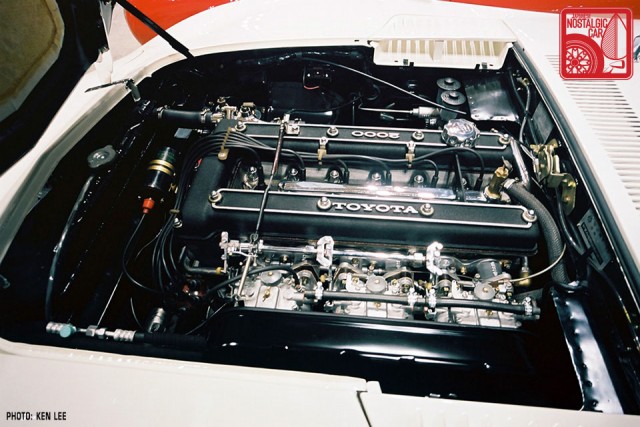 A peek under the bonnet of the 2000GT reveals the gorgeous Yamaha-designed 3M twin-cam. With every zinc plated fitting shiny and every black panel glossy, it is a work of mechanical art. 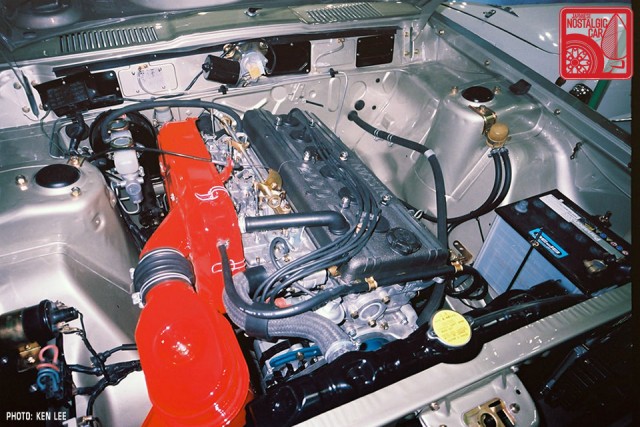 Not too far away, a Kenmeri Skyline GT-R showed off its restored S20 with an immaculate presentation. It’s not often you see one running the original air cleaner instead of a set of velocity stacks. Choosing between these rare 2.0-liter twin-cams is an impossible decision. 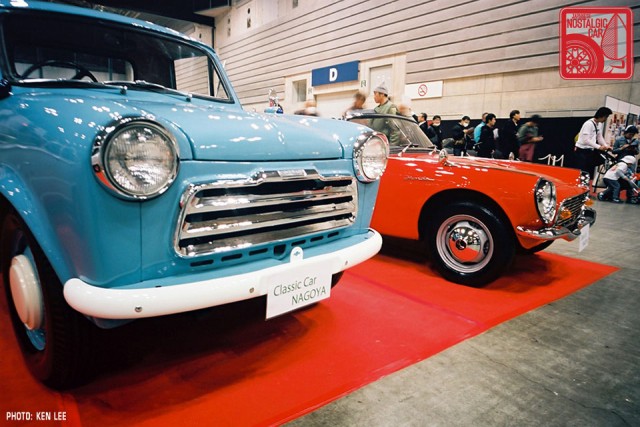 Last but not least, we swung by the Classic Car Nagoya booth to see what our friends were up to. 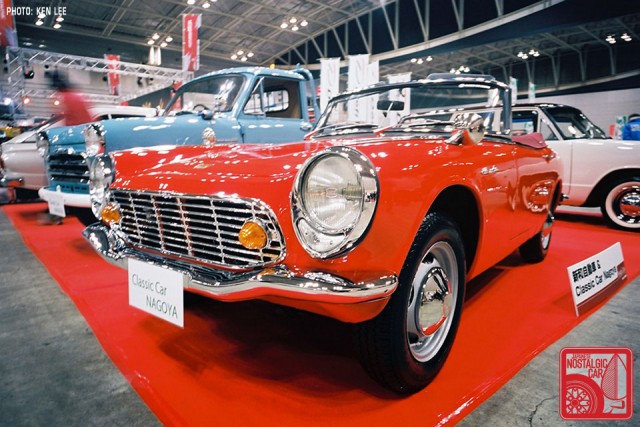 The booth was a showcase of early post-war vehicles, varied in both style and purpose. Representing the sports car, the Honda S-Series was, at the time of its launch in 1963, one of the only models coming out of Japan that was built purely to provide motoring joy. 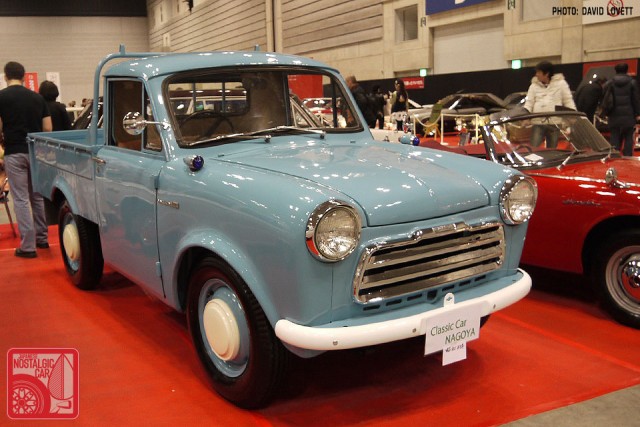 On the other end of the spectrum, the 1958 Datsun 220 was a utilitarian as they came. The workhorse was built in a number of body styles and Nissan made improvements on almost a yearly basis, Small trucks like these were the backbone of the reconstruction. 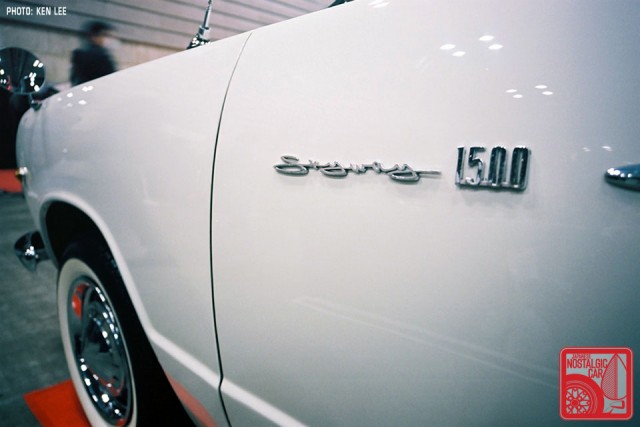 For the working man who desired a less bare-bones conveyance, Prince Motor Co. offered the Skyway 1500 Van. Based on the S50-generation Skyline, fell into the “luxury commercial vehicle” category similar to the Toyota Crown Van. 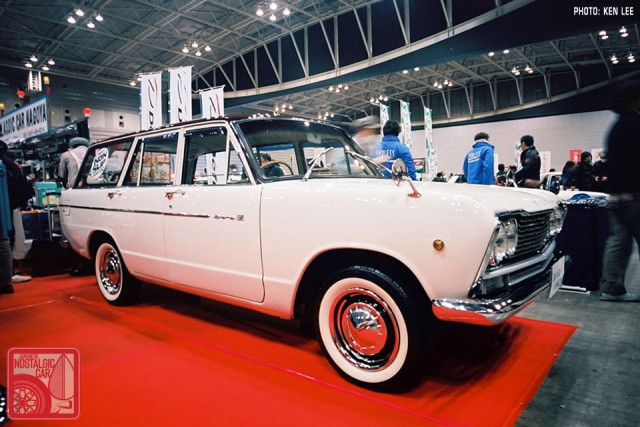 Compared to the Skyway, Hakosukas were practically growing on trees. We’ve only seen one other S51V in the sheetmetal, at the Meiji Jingu Classic Car Festival, decked out in Prince parts delivery colors. 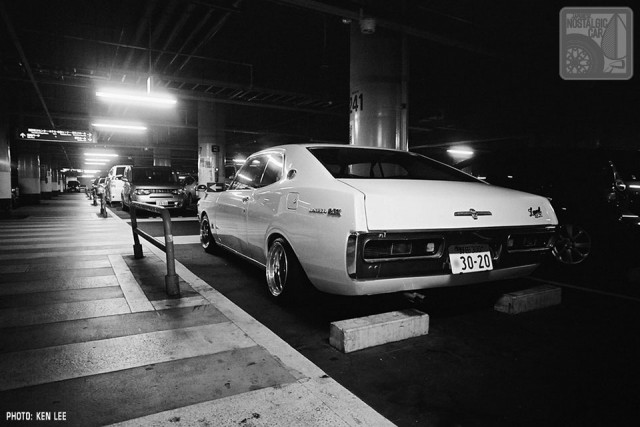 Before leaving, however, a quick glance through the parking garage was in order. In a concrete cage filled with formless modern two-boxes, an absolutely drop-dead gorgeous Butaketsu Laurel jumped out of the darkness like a specter. 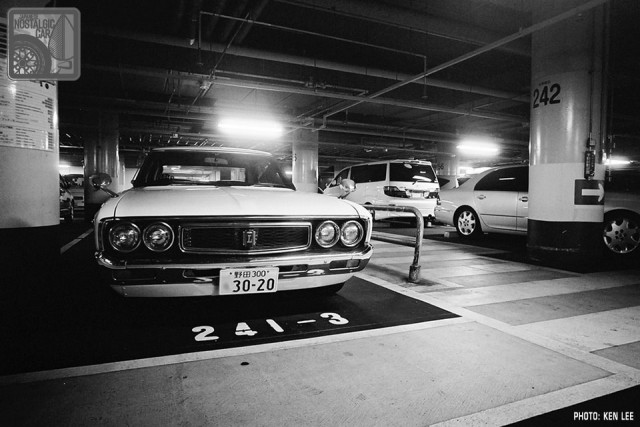 Its beauty was haunting, especially in shiro. From its wide barrels to its shakotan stance to its no doubt burbly Showa GP exhaust, it made the perfect Yokohama prowler. 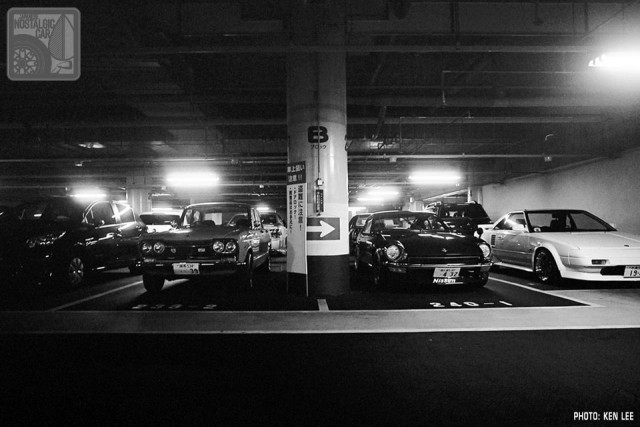 A few rows down, a small impromptu car show had formed around our intrepid photographer Ken Lee’s Skyline GT-B. A Nissan Fairlady Z432 — the same one Hiro captured in the parking area of the New Year Meeting, in fact — lurked beside another streak of white in the form of an AW11 MR2 in perfect 1980s Wangan splitting form.