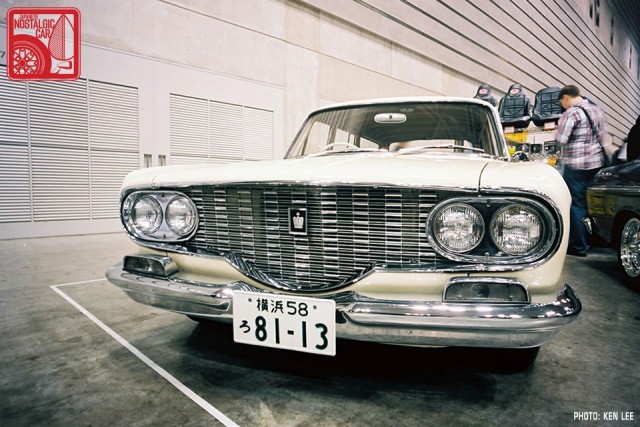 Nostalgic 2 Days, the annual two-day event held by Nostalgic Hero, is as much a car show as it is a trade show. It’s as if the magazine springs to life, particularly the pages in which Japan’s classic car businesses — shops, dealers and restorers — advertise their services. Because many of these outfits’ livelihoods depend on attracting as much business in an already niche market, there’s sometimes the need to outdo one another with the most extreme resto-mods or the finest restorations.

The show takes place at the Pacifico convention center along the Yokohama waterfront, the same venue for the Mooneyes Hot Rod & Custom show. Large posters of the April 2015 cover of Nostalgic Hero greeted visitors, a silver Nissan Fairlady Z432 featured prominently. As is the custom, absolutely no spectators are allowed in until exactly 10:00 am when the show opens. 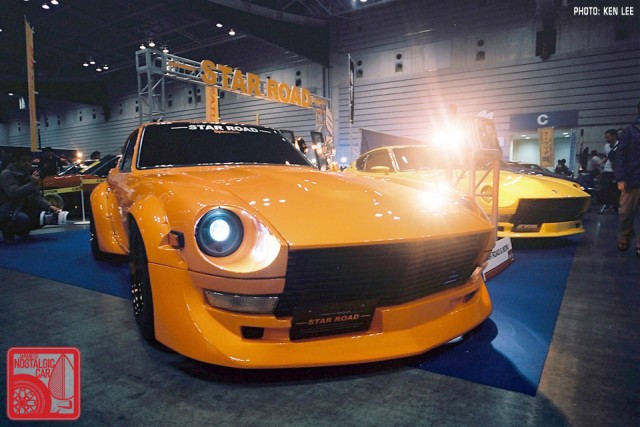 The Star Road booth is a must-see at Nos2Days. Proprietor Shoji Inoue has built some of the best looking resto-mod Nissans — mostly Skylines and Zs — in recent memory. The the past couple of years, he’s been going more extreme with ever bigger flares and modern styling like blacked-out trim and large front and rear spoilers. An prominently displayed orange S30 was Inoue-san’s latest creation. 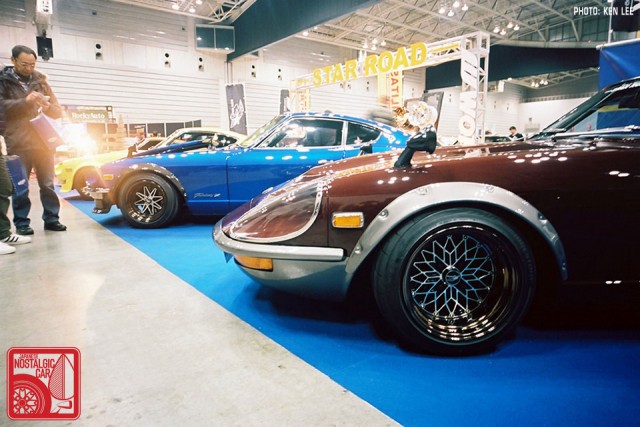 If we had to pick, we’d go with some of his more traditional-looking Zs, like his devilish blue snub-nose or his drop-dead gorgeous Grand Prix Maroon G-Nose. Both look flipping fantastic wearing Star Road’s custom Glow Star wheels, designed with a nod towards the great vintage barrels of Japan’s past. 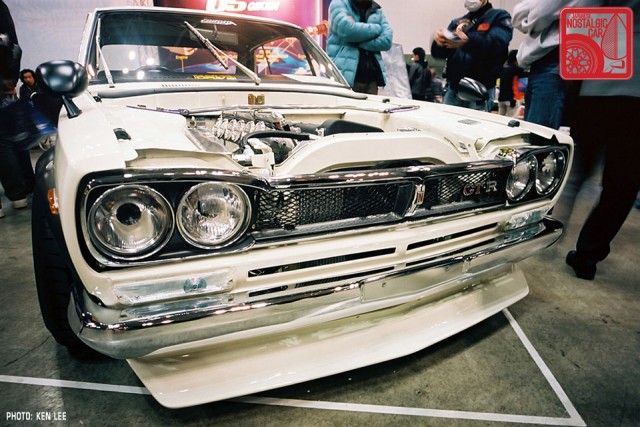 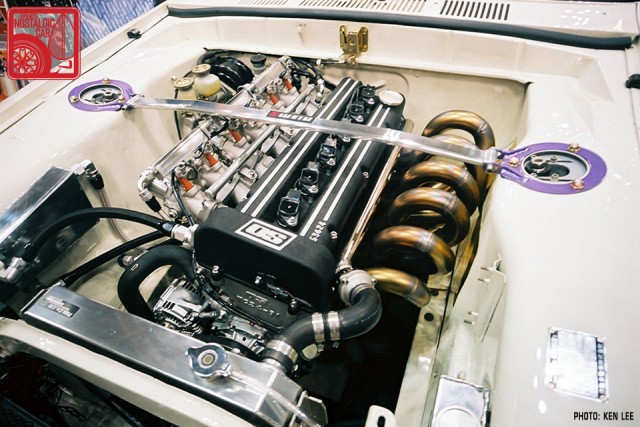 Aftermarket parts company OS Giken has been around for decades, and are probably most well-known for their insane twin-cam head with gear-driven timing that can be retrofitted to Nissan’s four- and six-cylinder L-series motors.

This year, the work-of-art engine was displayed in the smoothed-out, hood-less bay of a gorgeous white Hakosuka. For those who appreciate mechanical beauty, look no further. 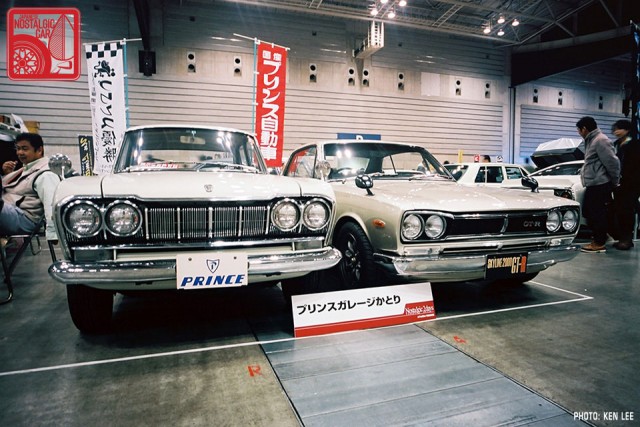 Prince Garage is a small dealer specializing in early Skylines, both both pre- and post-Nissan merger, located in Chiba. They sell other non-Skyline nostalgics too, but the Japanese Mustang counterpart is their most popular model. Incidentally, the 1966 GT-A Type-II is a single-digit Shinagawa plate car and is available for about $25,000. 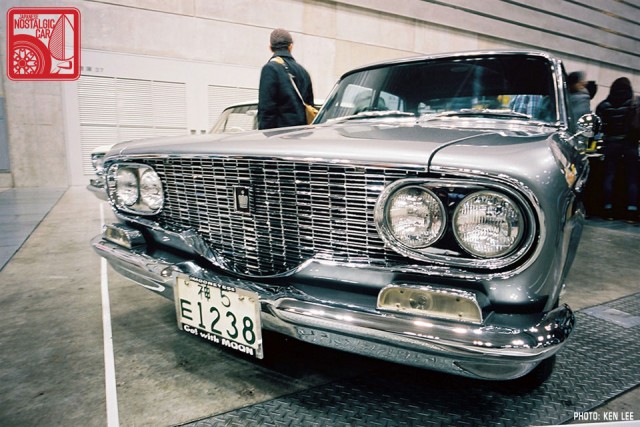 Our friends at Mooneyes is always present to represent the dignified Toyota town cars of yore, and did so with a pair of S40 Crowns, a white wagon and a beautiful, just-restored 1963 Deluxe sedan in silver. 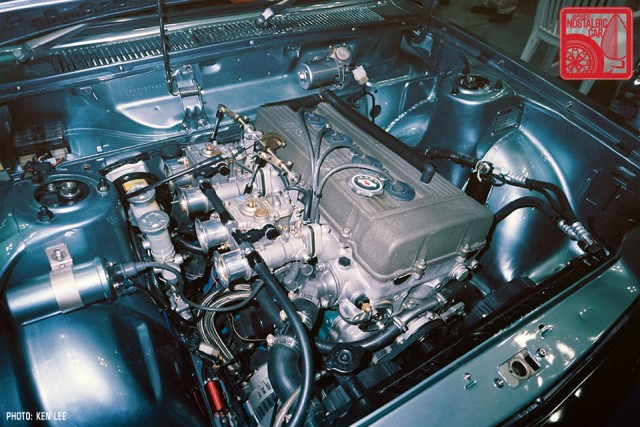 Underneath the hood of a plain-looking 510 Bluebird sedan (of which it was impossible to get a good photo of due to its being surrounded by stanchions and flowerpots) lay an incredible FJ20 with Webers that looked as if it could’ve been stock. 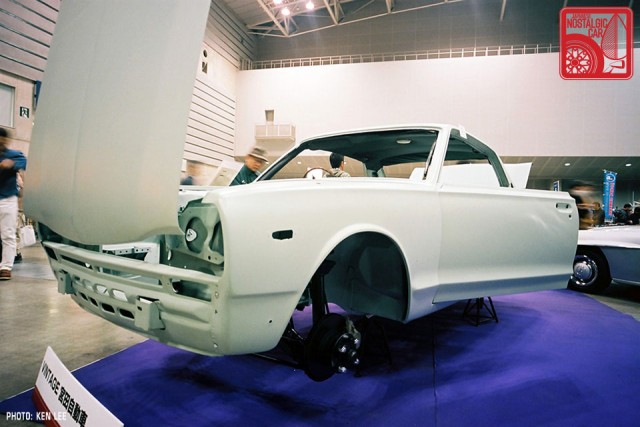 Hakosuka Skylines were, as always, the most popular car to showcase. Vintage restoration shop was in the midst of a rotisserie-level teardown of a C10 hardtop, giving it the same care and attention as one would the Mercedes-Benz 190SL parked behind it. 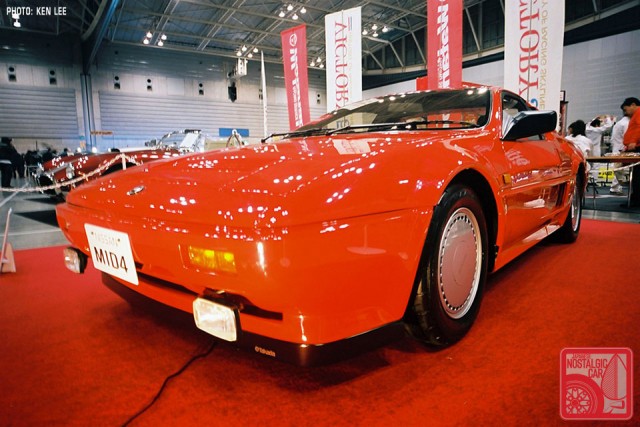 Nissan brought their mind-blowing MID4, a mid-engined, all-wheel-drive, all-wheel-steering concept that was intended to do battle against Porsche and Ferrari when it was unveiled in 1985. Sadly, it was never put into production. 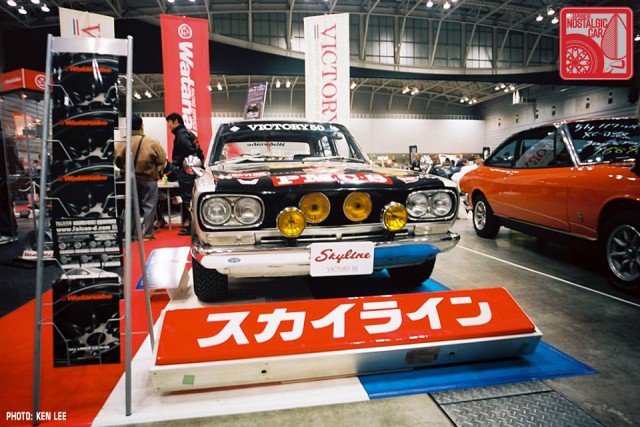 A shop that caters to everything Hakosuka, Victory 50 had a strong showing allied with, RS-Watanabe, purveyor of everyone’s favorite gunmetal 8-spokes, showing a C10 sedan alongside an Isuzu 117 Coupe. 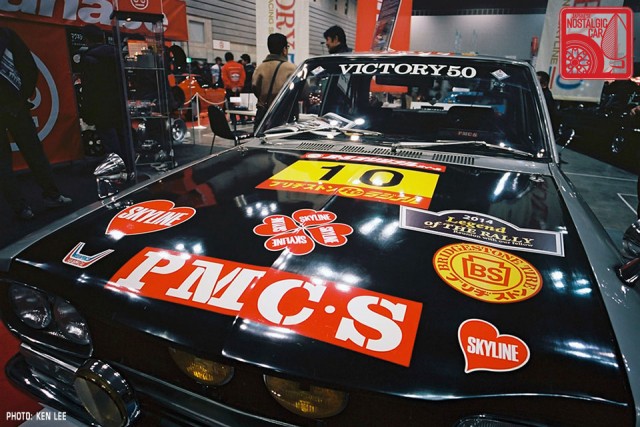 Their displayed four-door was unique in that it that it was race-modified for rally, not circuit, with a pair of auxiliary driving lamps mounted on the bumper and another pair nested where the grille once was. 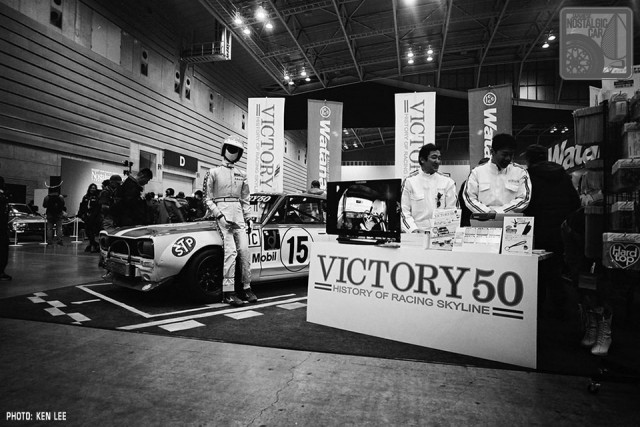 However, Nissan works style touring cars were not neglected either, with an excellent display of a Kunimitsu Takahashi livery hardtop complete with suited mannequin. 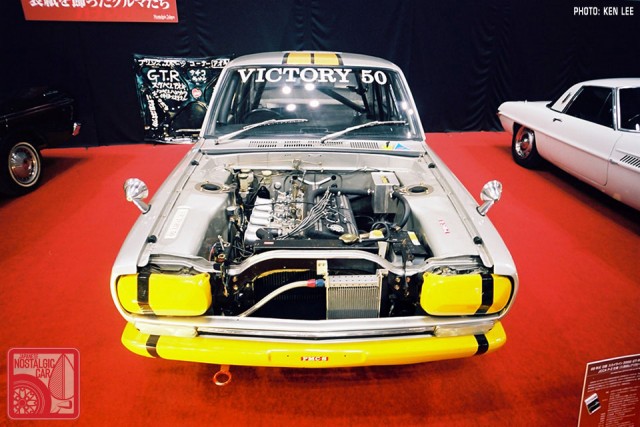 We only recently saw Victory 50’s sedan — with the simple yellow-on-silver 1969 livery that appeared on works PGC10s — at the New Year Meeting. Here it took a place among the most prominent Nostalgic Hero feature cars of the past year. 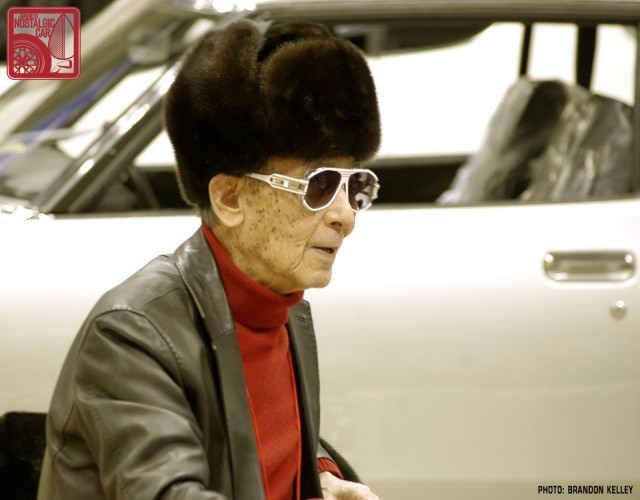 Before we conclude Part 01, we leave you with a heartwarming story. As you may remember from last year, Yoshikazu Sunako, the driver of the No. 39 Prince that took second place at the seminal 1964 Japan Grand Prix where the Skyline legend was born, is a regular at Nos2Days. Always in his trademark Russian fur hat and Versace sunglasses, and Louis Vuitton shoes, the 82-year-old is still as stylish as ever. 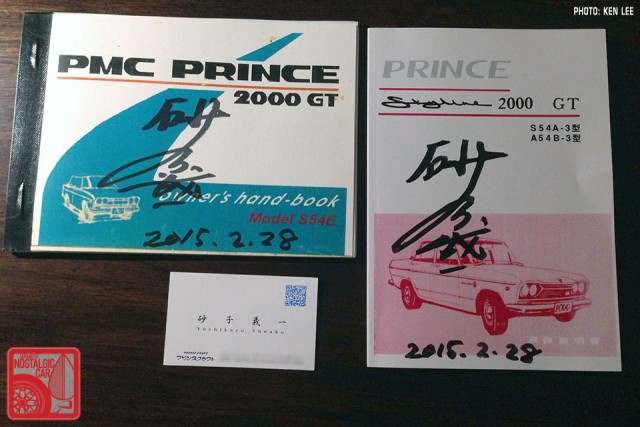 Our intrepid photographer Ken Lee, who is the proud new owner of a Prince Skyline GT-B, was able to meet the legend, get some autographs, and talk with him about Sunako-san’s recent trip he had with the Australia GT Register and his visit to his local hostess club. “He’s still very genki!” Ken is happy to report.