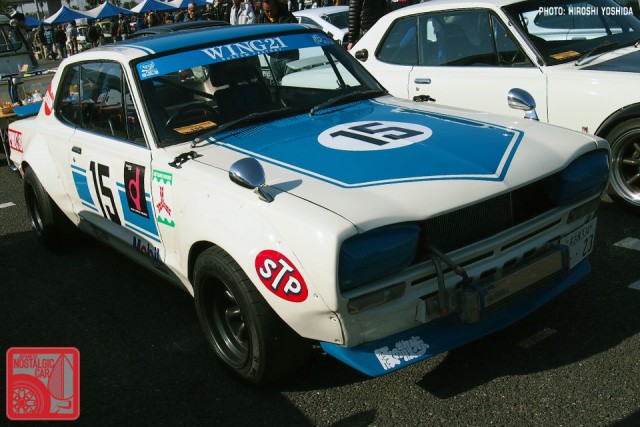 There is no shortage of motorsports history in Japan, and it’s not uncommon there to find road-going replicas of some of of the nation’s most iconic — and some not-so-iconic — competition machines. Here at the New Year Meeting, it’s a collection of replicas, racers, and homologated street cars. 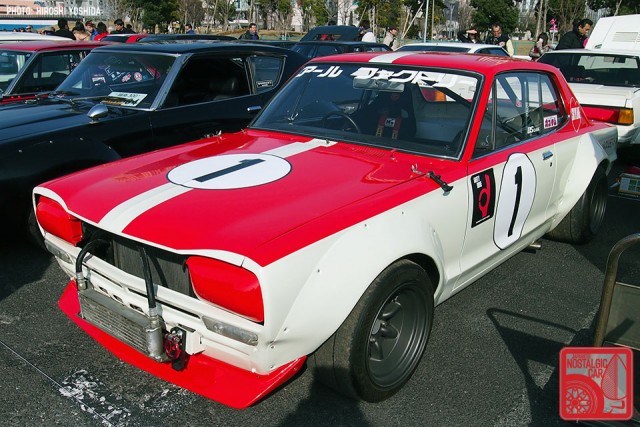 At this point most JNCers are familiar with Kunimitsu Takahashi‘s works GT-R, both in the early 1972 (above) and later 1972 season livery (lead photo). The latter is similar to what was chosen for the original Hot Wheels X JNC Hot Wheels hakosuka. 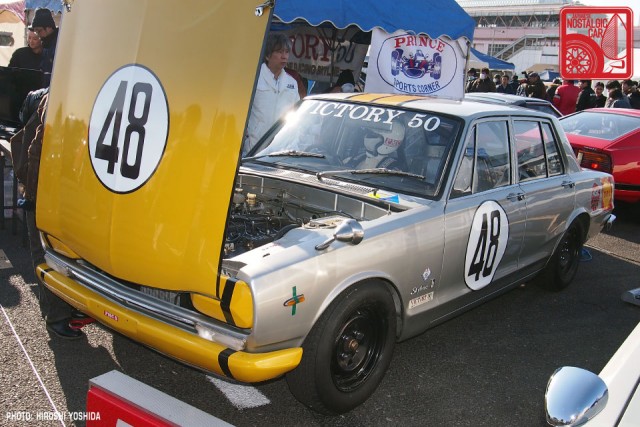 Perhaps lesser known is livery that appeared in 1969 on some of the earliest works PGC10 sedans. The design definitely reads as more primitive, just a simple primary yellow slathered over the hood, bumpers and headlight covers matched with a basic twin stripe over bone stock silver. But you have to admire the rawness of the car which looks like it was sent into battle fresh off the assembly line wearing only factory black steelies and some tape over the side markers.

On the other side of the spectrum were a pair of homologated Nissan 240RS rally racers for the road, based on the S110 Silvia modified for Group B rallying. Unlike its civilian counterparts, it was powered by an FJ24 motor producing anywhere from 235 to 300 horsepower. Nissan sold only the minimum 200 required for homologation, 150 LHD and 50 RHD. 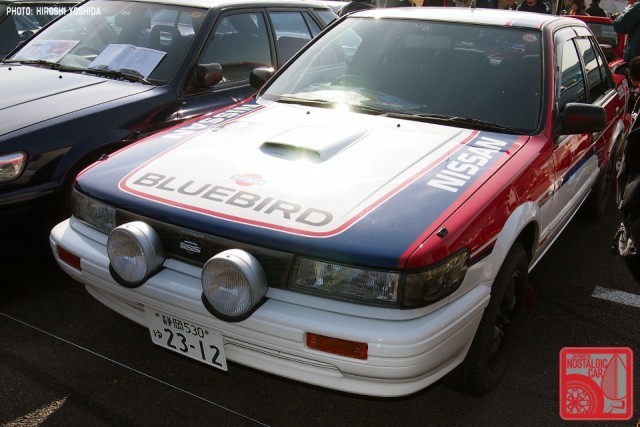 The long-lived U12 Nissan Bluebird has a faithful following in Japan, so much so that the owner’s club is routinely allowed into the New Year Meeting in clear violation of the 1975 or older rule. The hood scoop, massive front driving lamps and factory livery indicate that this is a limited production 1989 Bluebird SSS-R powered by a transverse SR20DET. 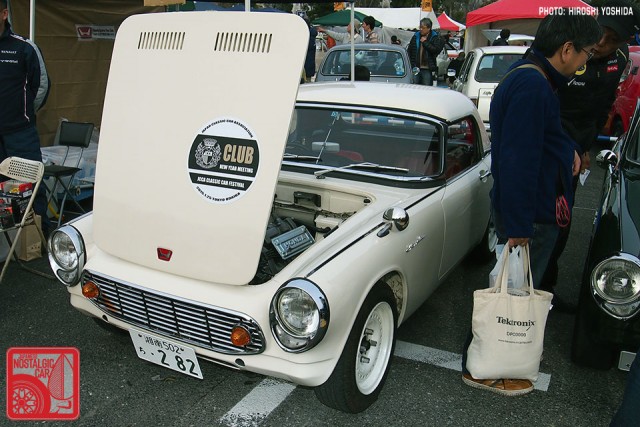 When Soichiro Honda took his strap-a-rider-to-an-engine-with-little-else philosophy to cars, many of his early racers followed. The S600 and S800 cultivated some of Japan’s most legendary names associated with Nissan, Mazda and others. Few things are more beautiful than the simple purity of an off-white racer with color-matched wheels that look steel, but according to JDM Legends’ Eric Bizek, could be Bridgestone RAPs. 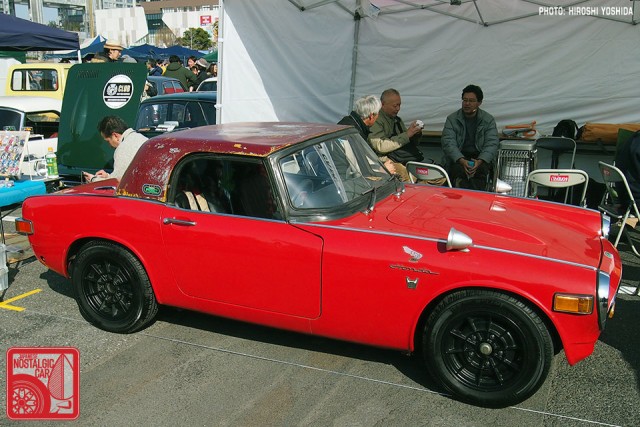 Nearby, a bumper-less little red S800 with racing mirrors still rocked Soichiro’s original “winged HM” logo. The massive side markers indicate this was a later version intended for export. Its centerpiece is appears to be a worn, period, fiberglass racing hardtop emblazoned with a Honda “Racing Service Center” decal. 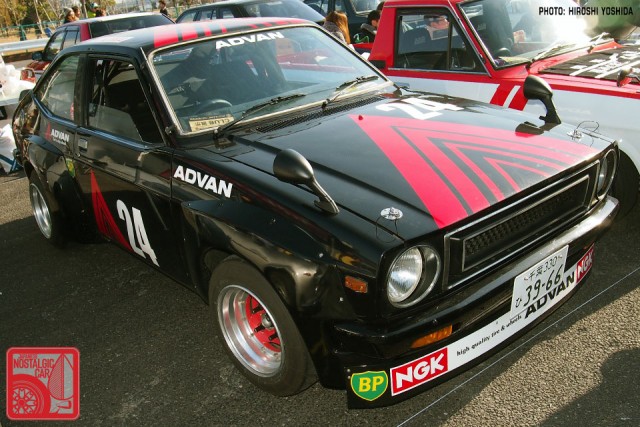 Advan had one of the most recognizable two-color liveries over the years, with the early one simply being a set of nested red triangles over solid black as displayed wonderfully on this TS Cup-style KP47 Toyota Starlet. Appropriately, it’s running super-wide 13-inch Advan A3A 3-spokes. 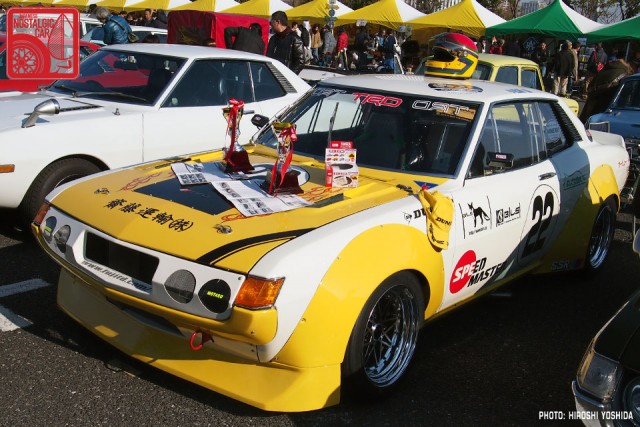 The march of this year’s unusually plentiful Celicas continues, with the Speed Master Komine TA22. This car can often be seen tearing around Fuji Speedway at vintage racing events wearing modern track wheels and its unique racing jacket, but here it looked slightly more proper on Work Equip 03s. 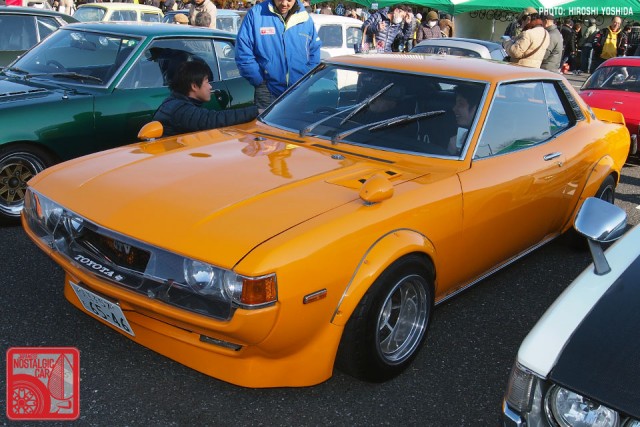 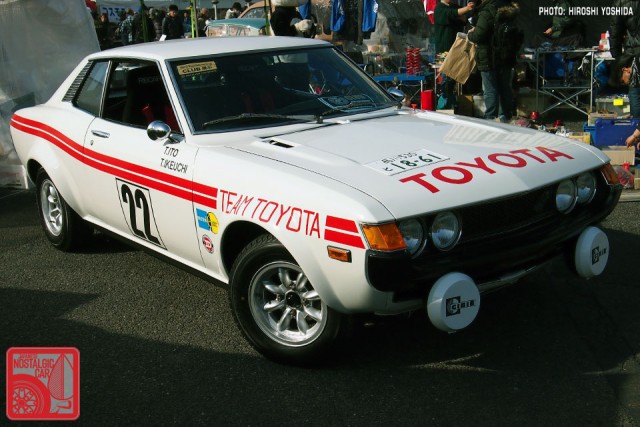 Not all Celicas were tuned for circuit battles, however. This TA22 was pretty faithful a replica of the early Toyota Team Europe rally cars driven by Ove Andersson. Anderson won a class championship in a Celica 1600GT at the RAC Rally in 1972. 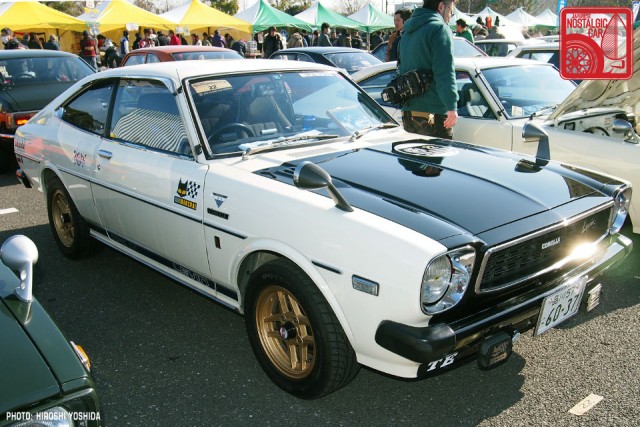 Part 02 of our New Year Meeting coverage saw one of the cleanest stock-ish TE55 Corolla Levins left in existence. Though just as clean, there was another modified for rally duty with Marchal fog lamps, a blacked out hood and bumper and TOM’S Igeta wheels. 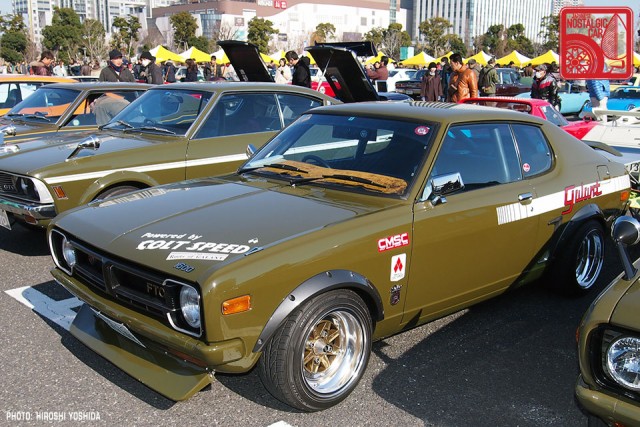 Another Meeting regular, the Colt Speed car is one of the very few modified Mitsubishi Galant FTO GS-R examples in the world. Though an underhood photo was not available, the owner has allegedly bored the original Saturn 1.6 up to 1.8L with an 8,000 rpm redline. 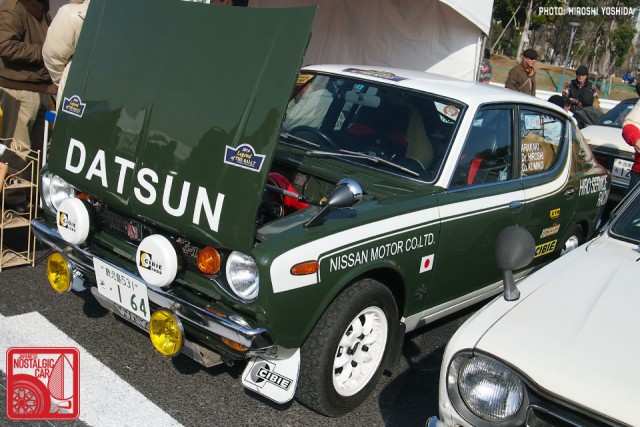 The recently revealed Nissan GT-R LM NISMO surprised everyone with its front-wheel-drive layout, but it wouldn’t be the first time Nissan developed an FF race car. This E10 Nissan Cherry 2-door was Nissan’s first front-driver. The owner of this Cherry on Enkei Compes and his wife routinely compete in vintage rally races in Japan. 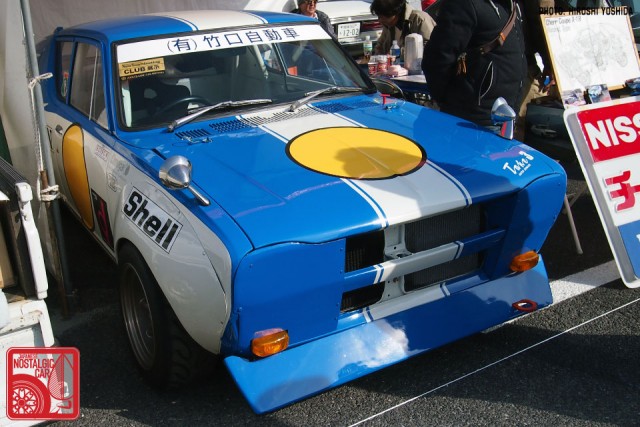 Nissan officially raced the Cherry on road courses as well. The X-1 Coupe replica seen here is wearing the livery of the 1972 Fuji GC Series Minor Touring class, where it raced alongside the Sunny.