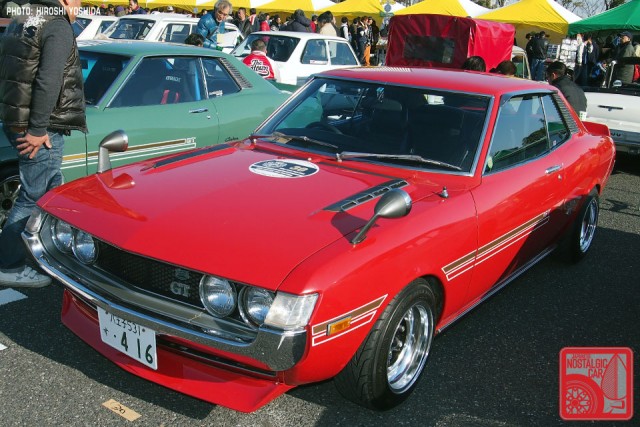 The previous installment of our New Year Meeting coverage focused on originality. In Part 04, we travel to the opposite end of the spectrum. But among all of Japan’s customization styles, shakotan is perhaps the most appealing to JNCers. Translated as simply “low,” shakotan cars are indeed slammed, but it’s also a catch-all term that implies an aggressive stance, a vague racing-inspired look, and a disregard for societal norms. Above all, however, a shakotan sled should exude menacing cool.

As we noted, daruma Celicas turned up in full force this year, and this trio of coupes represent what most consider the consummate JDM Celica. What strikes us is that they make their statements not with retina-searing colors or extreme body accoutrements, but ultra clean body lines paired with rare racing jackets and shiny step-lipped barrels. Sometimes less is more. 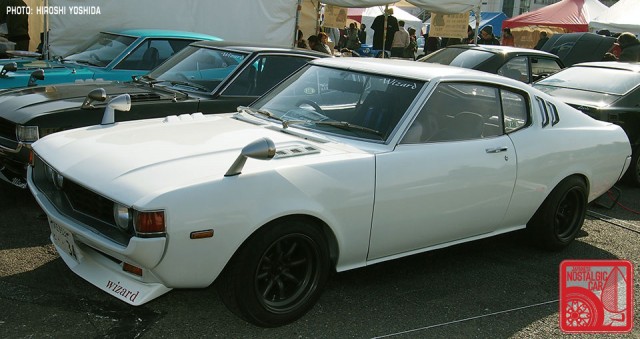 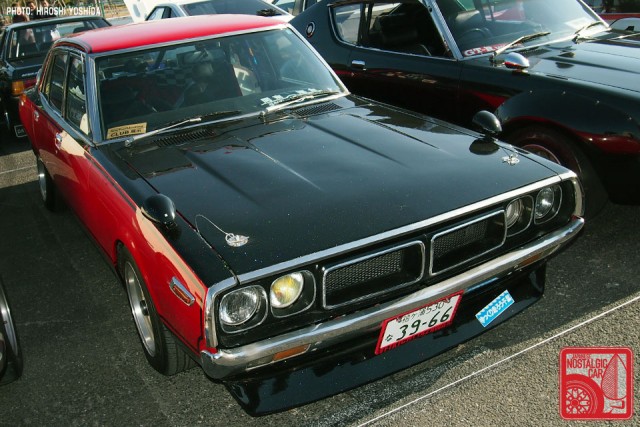 One thing about shakotan style is that a four-door doesn’t necessarily preclude coolness. In fact, it’s sometimes preferable. Kenmeri hardtops are revered the world over for their muscular styling, but the yonmeri sedan is arguably a more apt bosozoku whip. This one’s imperfections exudes a run-whatcha-brung attitude that fits in more on the mean streets of Chiba than the manicured rows of the New Year Meeting. This particular kaido racer was built back in the day and has remained in that state for decades, so its imperfections are a badge of honor. 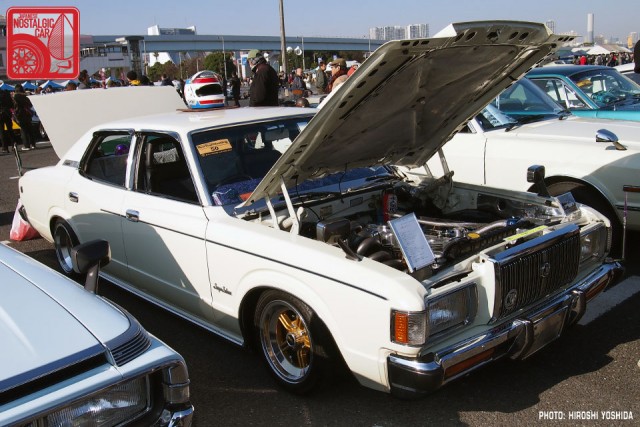 This be-Shadowed MS105 Crown is a Meeting regular, but this is the first time we’ve seen it displayed with the owner’s racing helmet. A peek under the hood reveals why 1970s a luxury sedan would need one. A highly detailed, polished and stroked 5M with triple carbs and a beautiful clump of hi-rise headers sits where the 4M should be. 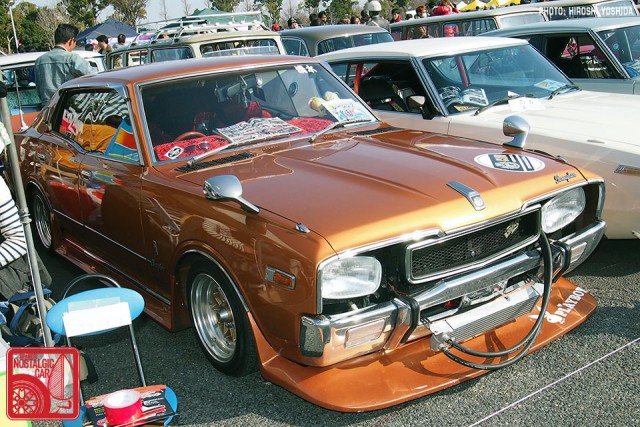 At one extreme end of the shakotan range is the bosozoku subset, exemplified in its most lurid fashion by this 330 Cedric Brougham fitted with street tribe trademarks like butaketsu grille, cat-eye lights and an external oil cooler. 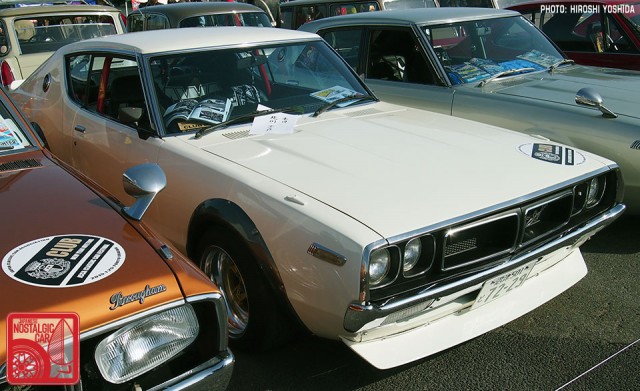 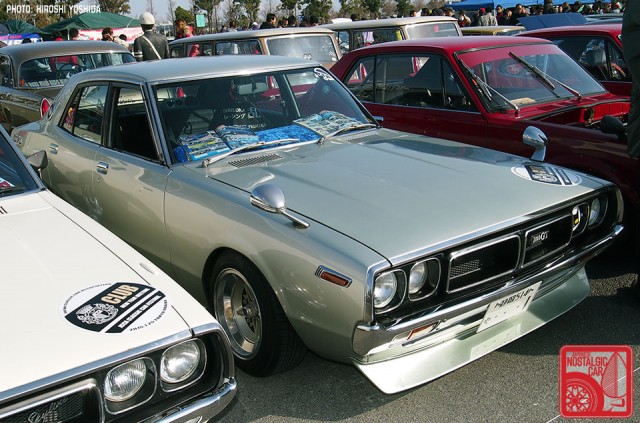 Beside it were a couple of its co-conspirators, comparatively mild in approach but nonetheless cool in their own way — a brawny, flared kenmeri and and a smooth yonmeri. See what I mean about the sedan? 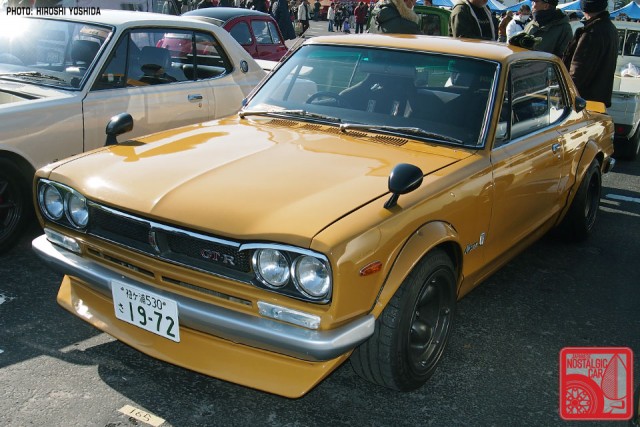 This ’72 hako is more street fighter than shakotan, but it wins point for being Safari Gold instead of the typical white or silver. According to Alan T, the wheels are replicas of magnesium 4-spokes with bead locks that Kobe Seiko made for Nissan’s Oppama works race team. The car appears to possess many trick parts, including the dull finish on the bumpers, which are aluminum. 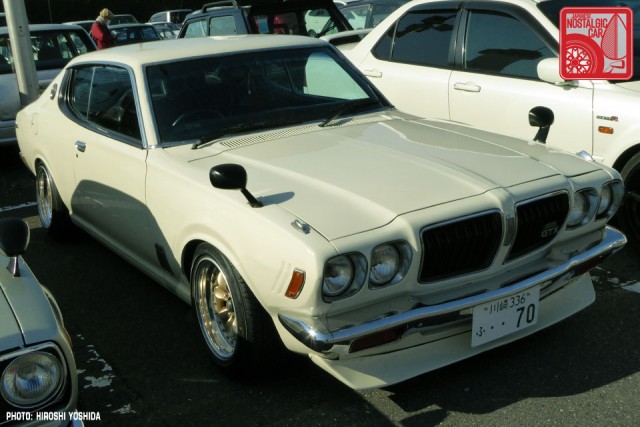 Since most shakotan cars aren’t exactly in line with a concours mindset, many of the best examples can be found in the parking area. This 610 Bluebird-U fits the bill nicely, even if 3-piece Panasports are a great alternative to the usual Watanabe. 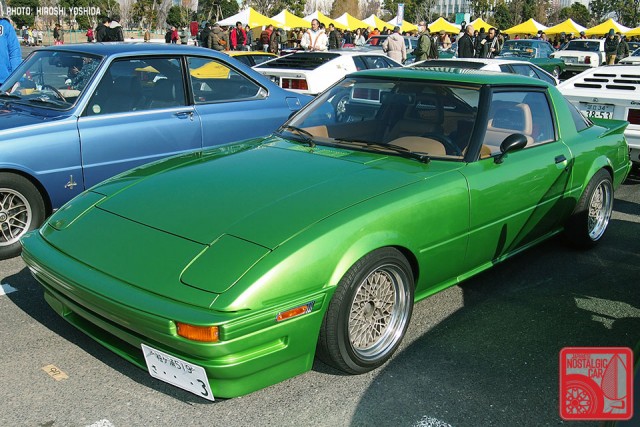 An FB RX-7 decked out in a 1980s Tom Walkinshaw Racing nose and the model’s trademark Mach Green with brown interior was one of our favorites. It would have looked right at home blasting down a Bubble Era expressway with its rotor twirling at full tilt. Note that it’s a LHD car. 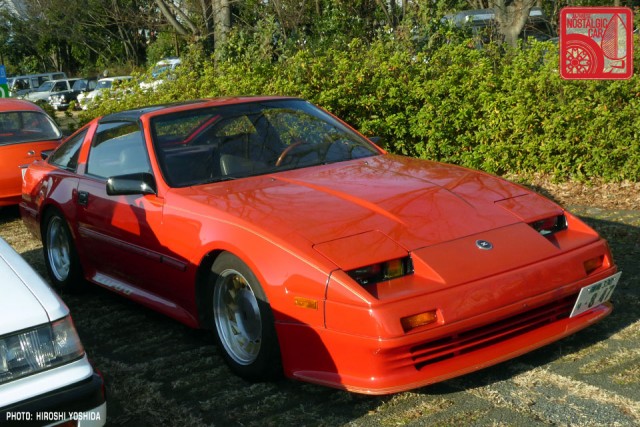 It’s not hard to imagine this Z31 Fairlady Z on rare JDS wheels pulling alongside the RX-7 in a Wangan battle, flip-up lights popped as the scream into the night. Like the RX-7, it’s also LHD, which adds more to its exclusivity in Japan. 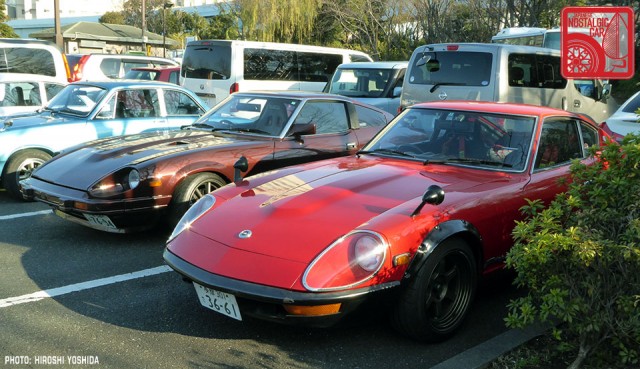 Nearby, a G-nose Fairlady Z on Rays TE37V wheels was parked next to an S130 Turbo on more modern alloys. Further down the line were a pair of beautiful Isuzu Belletts. 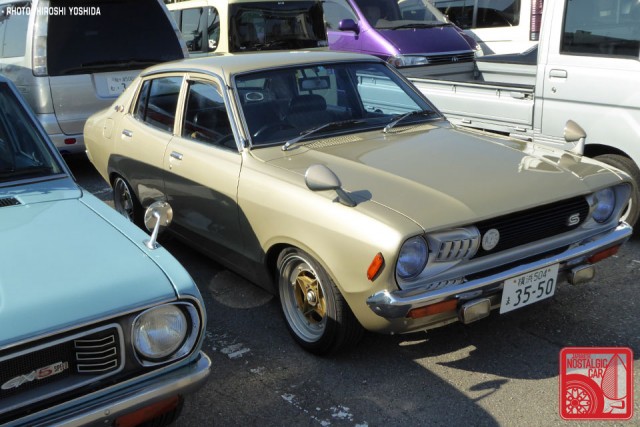 Shakotan cars don’t have to be huge slabs of Nihon steel, either. Even the humble B210 Sunny sedan can assume the position, especially when it’s on 13-inch Riverside R101s. Wheel diameter-to-car size ratio is key. 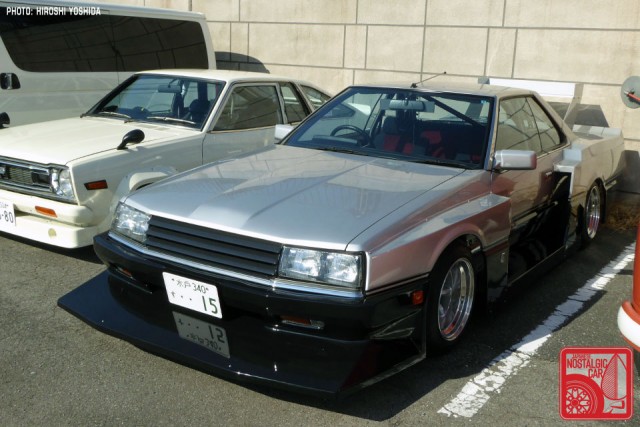 There could scarcely be a better car to end a shakotan post on than the epitome of 1980s style, an R30 inspired by the Group 5 Skyline Silhouette racer. Many a zokusha have gained inspiration from that car, an icon in Japan. It’s rather notable that the owner decided to keep it a silver-black two-tone, a colors scheme offered on the DR30, rather than go with the race car’s red-black livery. On a road car the style is certainly out there, but it’s important to understand the inspiration. Still if it’s not entirely palatable to western eyes just yet, the TS-Cup Sunny beside it may more digestible.