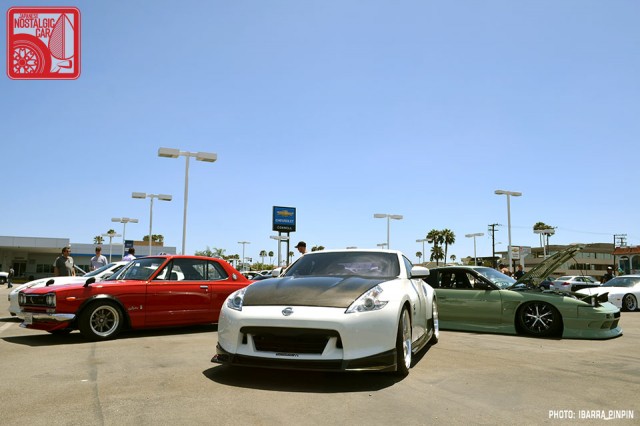 Now in its second year, Nissan Jam is quickly becoming SoCal’s go-to event for Nissan and Datsun fans of all stripes. Take one look around and you’ll see everything from ever-popular 510s and 240Zs to B210s and 240SXes. But forget the alphanumeric soup, let’s look at some of Nissan Motor Co.’s greatest hits.

The early morning roll-in was a parade of fascinating machinery. One of the most memorable sights was a bone stock B310 Sunny, resplendent in period brown and not giving a two craps about the mega-horsepower R35s, trundling into the show like it was 1981. 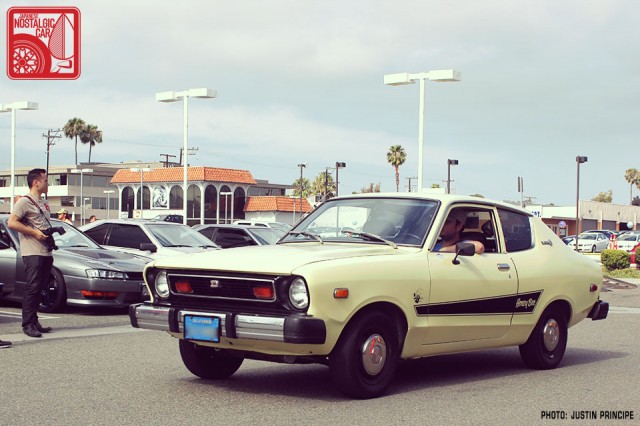 Likewise, a pale yellow and stock Datsun B210, complete with “Honey Bee” decals, was another one of our favorites. We are absolutely overjoyed that someone out there has decided to preserve a car once thought to be disposable.

Alana Joy Gregorio won Best Sunny for her 1979 Datsun 210 2-door sedan. She bought from its original owner and it currently has only 66,000 miles on it. She’s named it “Julie.”

Jose Serna’s 1973 Datsun 1200 is all original, down to the paint, A12 motor, and automatic transmission. For his efforts at preservation Jose won 3rd place in the Best Sunny category.

As was expected from a Nissan-Datsun show, there was no shortage of Fairladies, both in topless and fastback form. 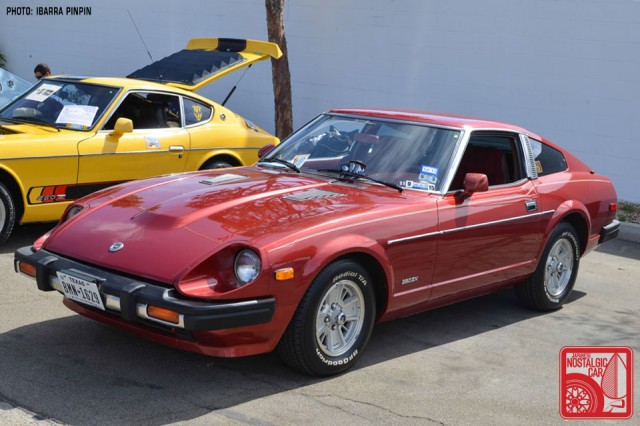 Hunter Hayes’ 1980 280ZX won best in its class, and deservedly so. It was bone stock and beautiful.

Besides all the sports cars and compacts, Nissan is also known for its trucks. 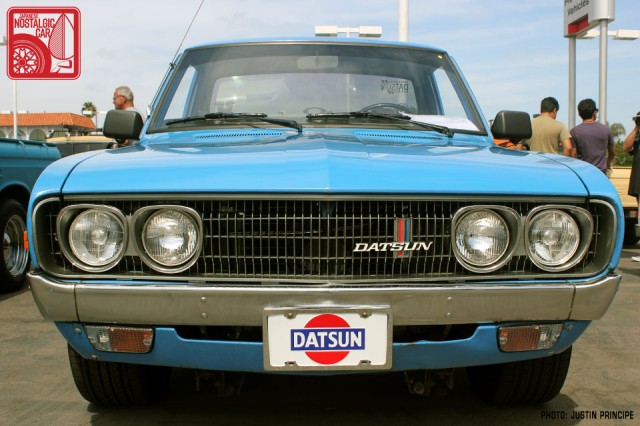 Robert Laag’s 1974 Datsun 620 pickup had only 72,000 miles on the clock. The only mods were an easily reversible drop and some aftermarket wheels. Robert even added air conditioning using an NOS condenser and authentic parts for the dealer-installed option. 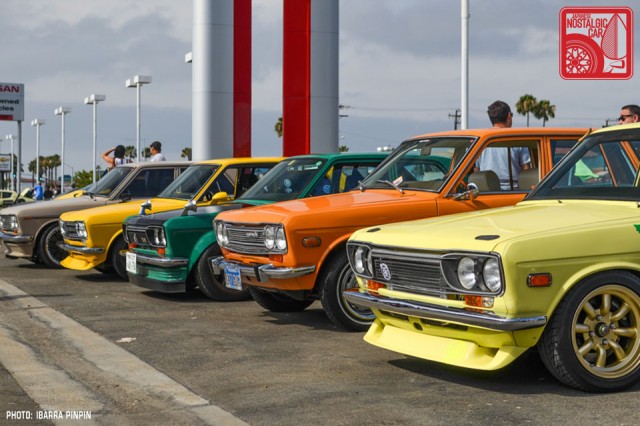 Of course, no Nissan-Datsun show would be complete without a fleet of 510s, and this year’s Nissan Jam did not disappoint. 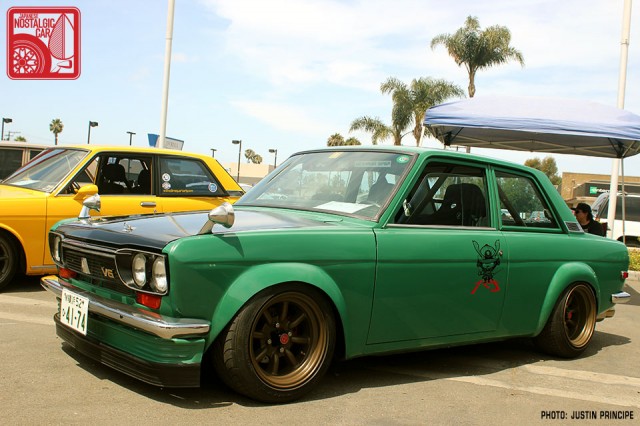 Miguel Cervantes’s stroked VG-powered 510 is still one of our favorites for many reasons. The unique XTerra V6 and mix of custom parts from various Nissan models is one, but we also love it because it is actually driven.

One of the most extensive 510 builds was John Paul Esteban’s 1969 510 restomod, swapped with an SR20DET, 820cc injectors with power put through an LSD.

Last but not least, another one of our favorites was Quoc Pham’s RB25DET-powered 1971 240Z.It sports one one the wides set of Longchamp XR-4s we’ve ever seen, and is gorgeous in its simplicity.

That does it for Part 01, but stay tuned for more installments.