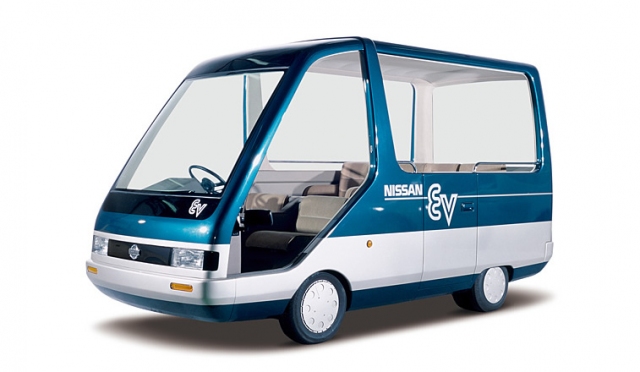 The Nissan Leaf might be the best-selling electric car in the world, but Nissan has been experimenting with EVs since at least 1947. At the 1985 Tokyo Motor Show, they unveiled this Total Recall Johnny Cab-like contraption, called the EV Guide Type II. Amazingly, the concept was fully functional and was actually driven for many years after the auto show. 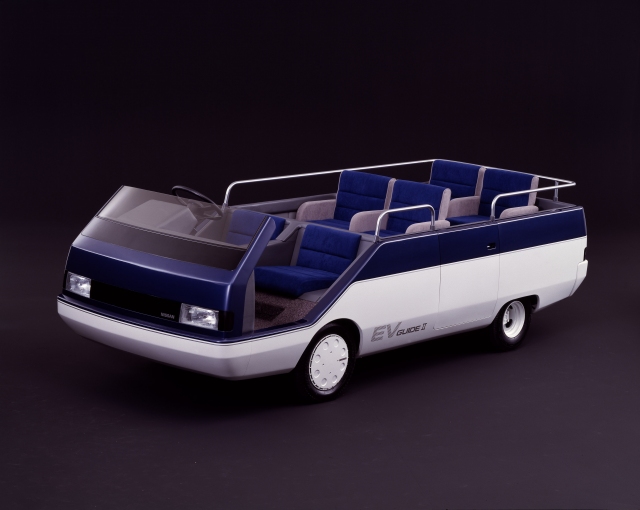 The original motor show version didn’t have a roof. The six-seater wasn’t really meant for the road, though. It had a maximum speed of 16 kph (10 mph) and a range of 60 km (37 miles). But it did run, and if batteries aren’t used they brick themselves quickly. What do to? 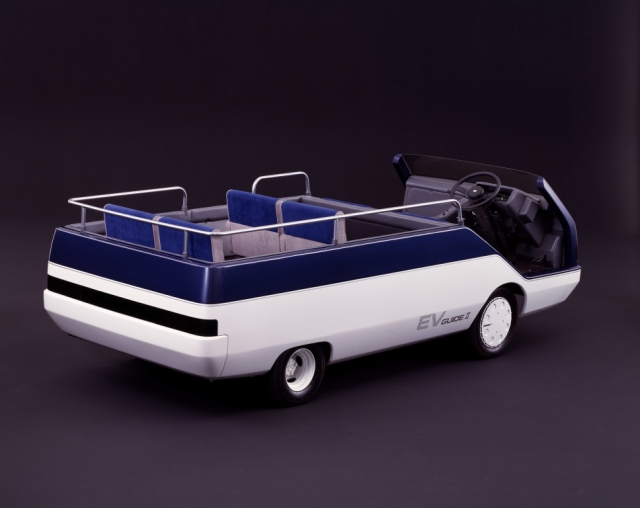 The solution: add a roof and use it to drive visiting VIPs around during Nissan factory tours. According to Nissan, the EV Guide served exactly this function for many years, shuttling everyone from state guests to royalty. Happy Earth Day from JNC.