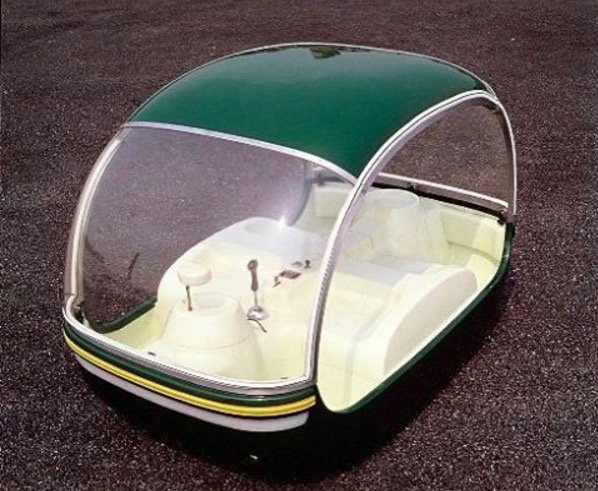 In celebratin of Earth Day, here’s a rotary-powered Japanese nostalgic hybrid. The Mazda EX-005 debuted at the 1970 Tokyo Motor Show and was a bubble approximately the size of an office chair. 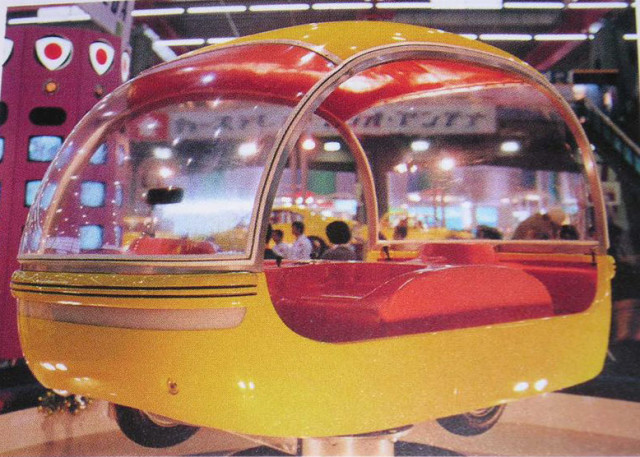 Actually, it was a 4-seater, but passengers sat back to back and faced out towards its panoramic curved windshields. The car was controlled by joystick and its four wheels were arranged in a rhombus orientation rather than at the four corners (note the wheel wells in the front and rear).

A single-rotor rotary engine charged the batteries (basically a bunch of conventional car batteries hooked together) that power the electric-drive motors. Its companion at the show, the RX-500 sports car, gets the fame, but the hybrid’s spirit would return over 40 years later in the Mazda Demio/2 RE Range Extender prototype. Happy Earth Day!