MINICARS: Diecast Racing League is the best sport to watch during quarantine 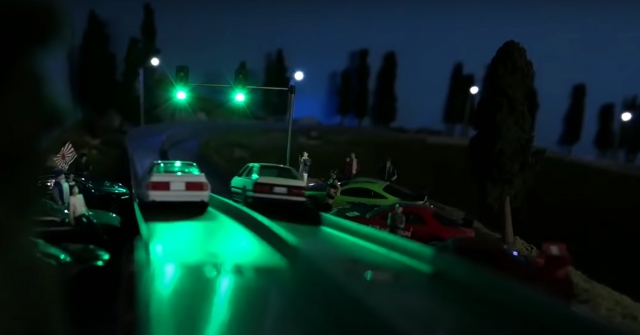 Actual motorsports might be on hiatus while the coronavirus quarantine is in effect, but that doesn’t mean all auto racing has to grind to a halt. Turns out, there’s a thriving community of drivers who compete in diecast cars. The Diecast Racing League takes place on a variety of 3D-printed courses, all gravity fed and laser-timed. It’s incredibly staged, with March Madness-style brackets, lap records, and even announcers calling the action.

According to creator Adriel Johnson, the idea was to create a series that would have the look and feel of real auto races, and make people forget that they were watching toys. Johnson creates many of his own parts, like starting gates, lane reducers, and finish lines, that are compatible with Hot Wheels tracks. While early races simply featured two stock cars, usually Hot Wheels but sometimes Matchboxes or Tomica, going head to head, later ones have evolved into something truly spectacular.

For example, there was an entire themed elimination tournament focused no Japanese cars, complete with qualifying, sponsors, and drivers from various teams participating in Johnson’s league.

The winner of the Japanese Car Tournament then went on to challenge the winners of other themed tournaments, but Johnson didn’t stop there. He eventually retired the six-car course and built several more, including a rally stage and a touge-style mountain course complete with Fujiwara Tofu shop at the finish line.

Now the league accepts modified cars as well, adding another component to the competition. There are countless hours to be wasted by watching Johnson’s 3DBotMaker’s YouTube Channel, and it brings out the kid in all of us.

permalink.
This post is filed under: minicars and
tagged: hot wheels, matchbox, tomica.

3 Responses to MINICARS: Diecast Racing League is the best sport to watch during quarantine