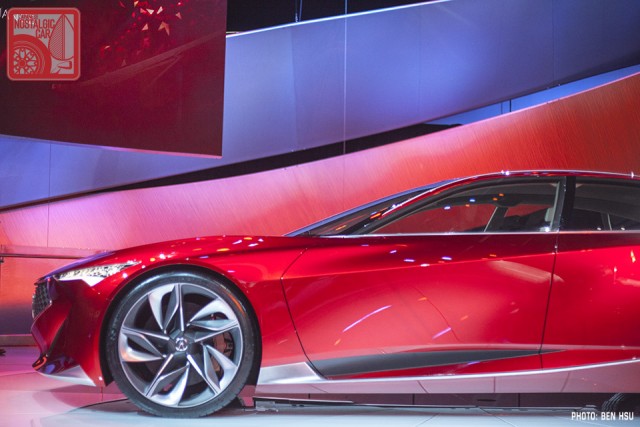 Despite our decree that white was the best color for Japanese cars, Nihon automakers are still continuing to make cars in other colors. One hue that seems to be surpassing the traditional white is Soul Red. 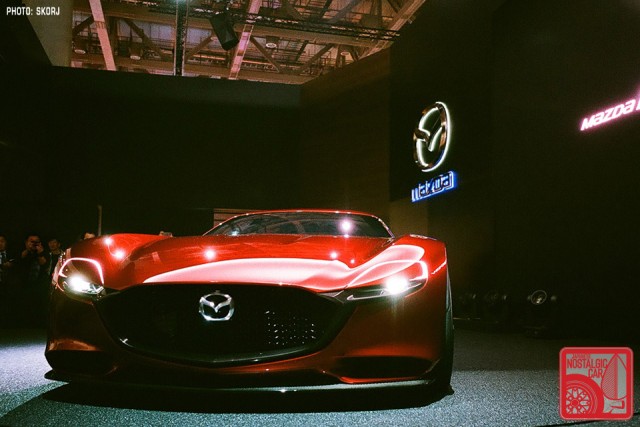 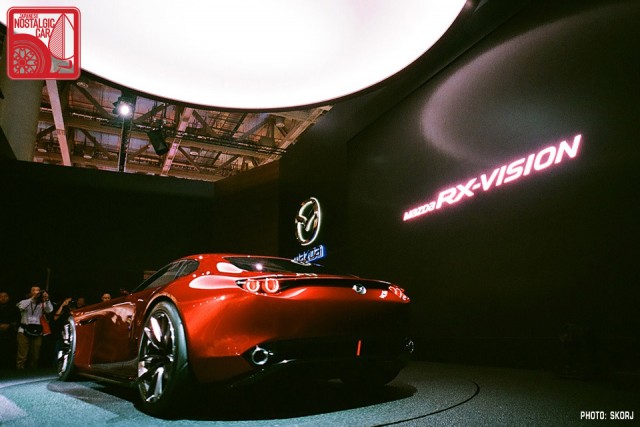 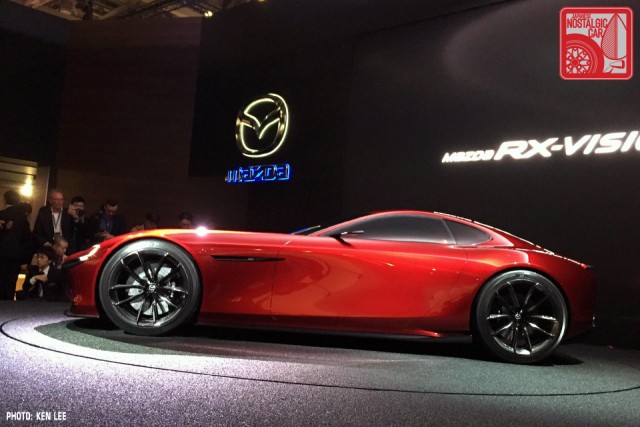 The dark pearl red has was first introduce on production Mazda cars like the 6 and CX-5. It’s quickly become their trademark color, and last made an appearance on the beautiful RX Vision Concept from the Tokyo Motor Show. 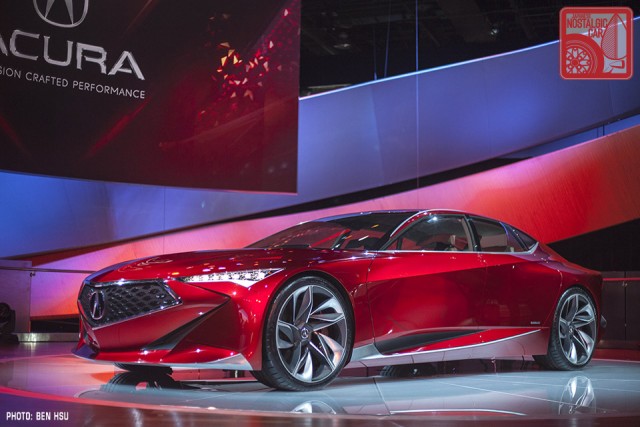 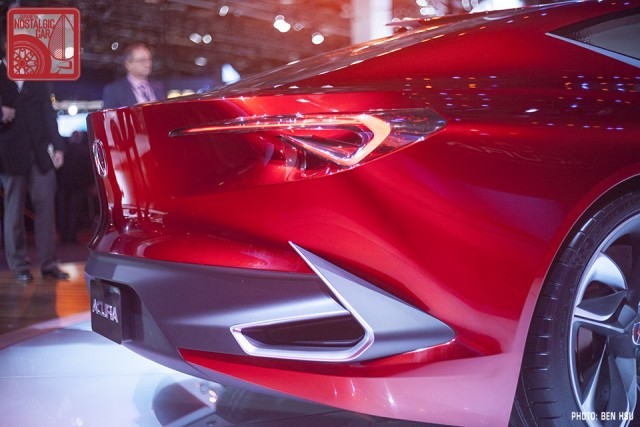 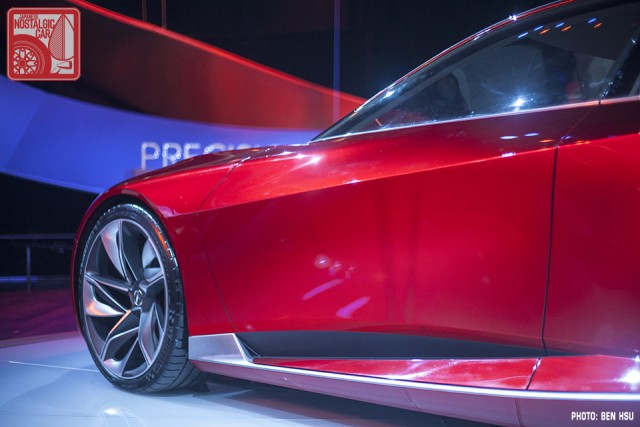 This year at the Detroit Auto Show, no less than three important Japanese cars were unveiled, with similar takes on paint. The Acura Precision Concept will define the design language of all future Acuras. Goodbye, robotic parrot beak grille; hello “Diamond Pentagon.” I guess someone forgot to tell Honda that shapes with six sides are called hexagons. 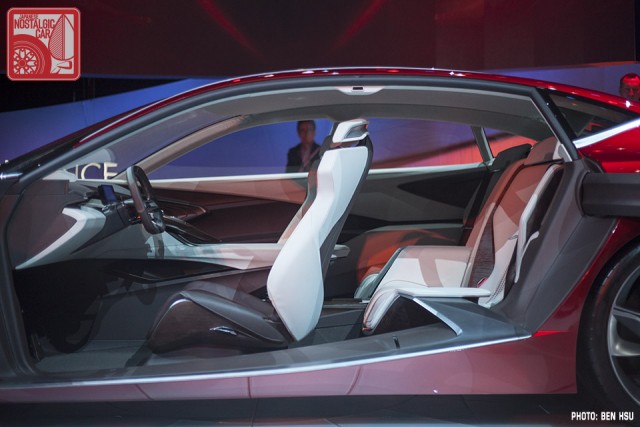 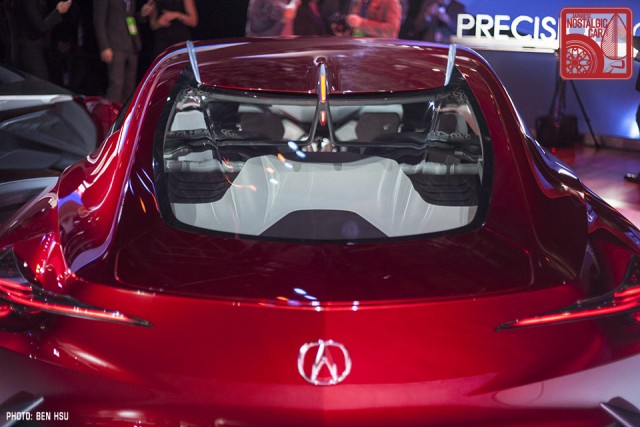 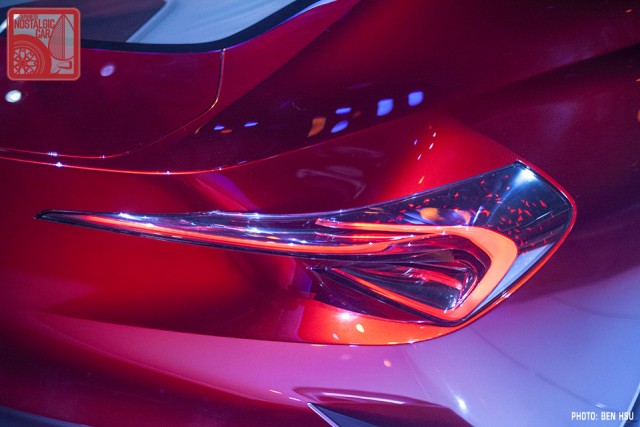 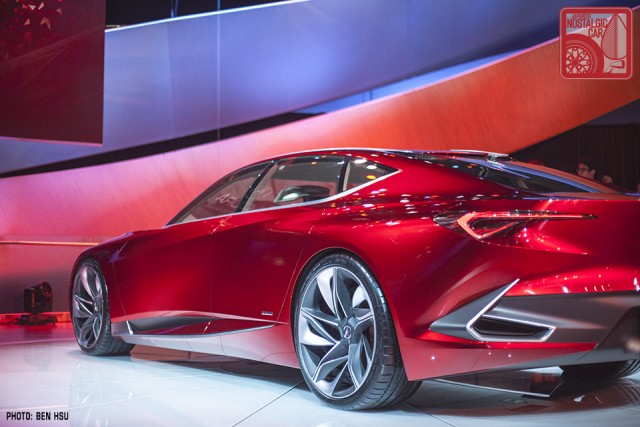 We’ve been critical of recent Acura design, but the new styling looks like a winner. Trademark features include the aforementioned grille, a rocker panel that sweeps up, “floating” taillights, stylized CHMSL that passes through the compound curve rear glass, and a buttload of origami creases. 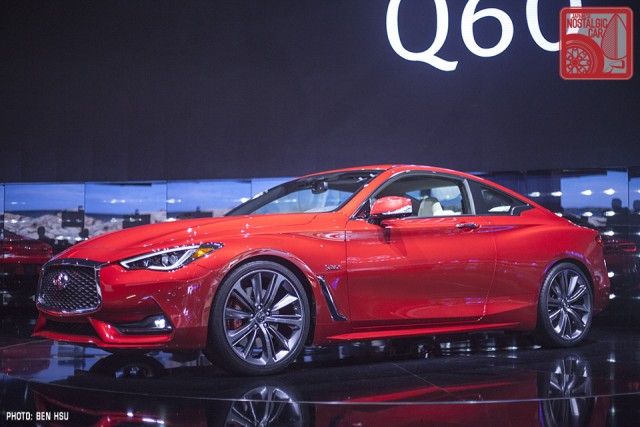 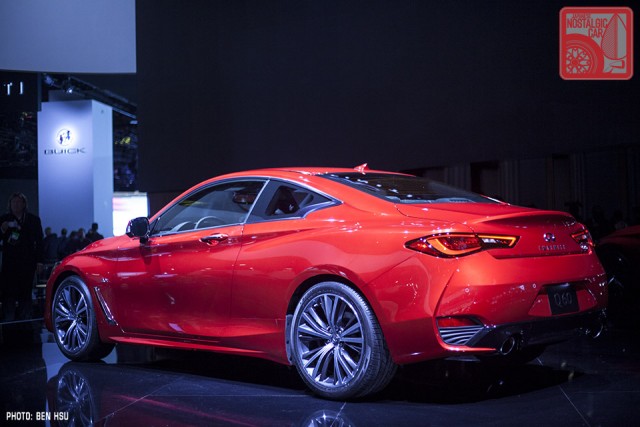 Infiniti unveiled their production Q60 coupe. While there is some precedence with the color in the form of the Q50 Eau Rouge, Mazda’s Soul Red still preceded it. We dig the nose and the integration of Shiro Nakamura‘s elements of Japanese art, but the rear view lacks the boldness of the first-gen Infiniti G35 coupe. This is a Skyline in Japan, right? Where are the quad afterburner taillights? 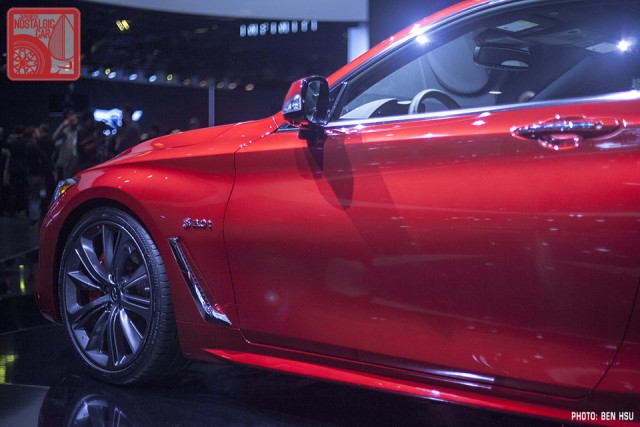 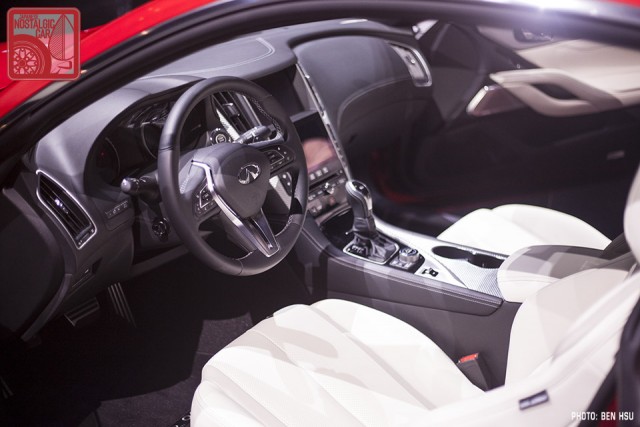 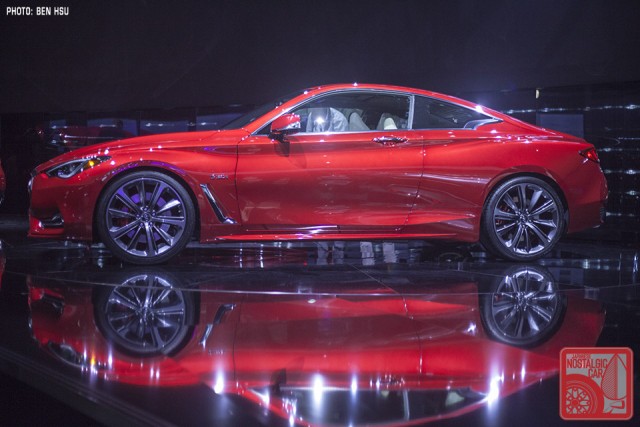 The big news is that the top-spec motor is now a 3.0-liter, twin-turbo V6. This makes it more like the Z32 300ZX in spirit except that it makes 400 horsepower (!). Even better, Infiniti says that 400-pony engine is coming on the facelifted Q50 sedan soon. 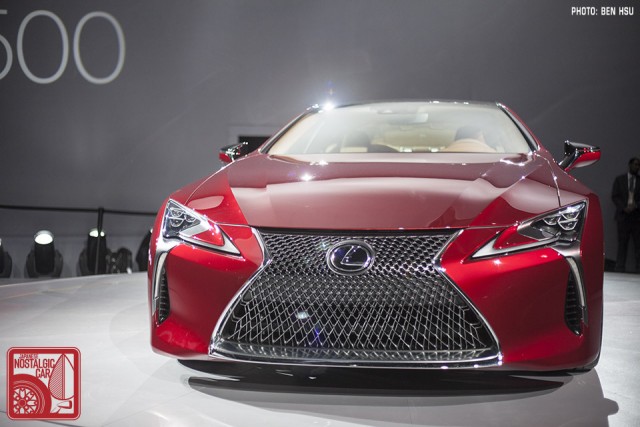 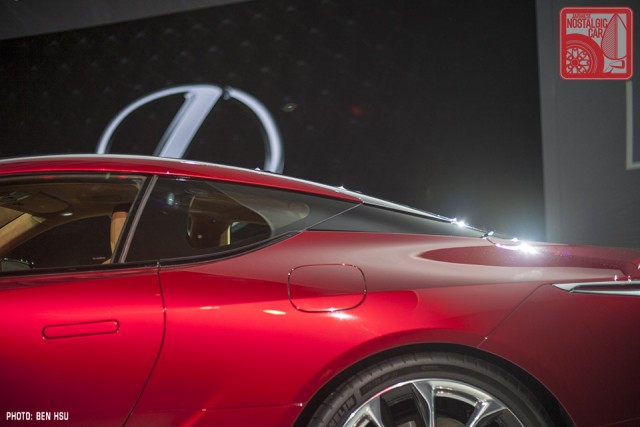 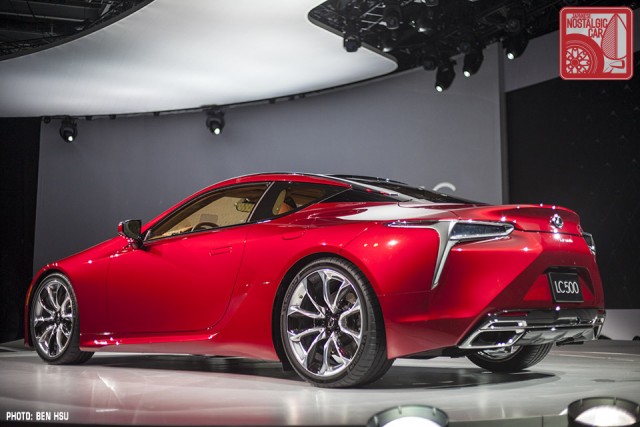 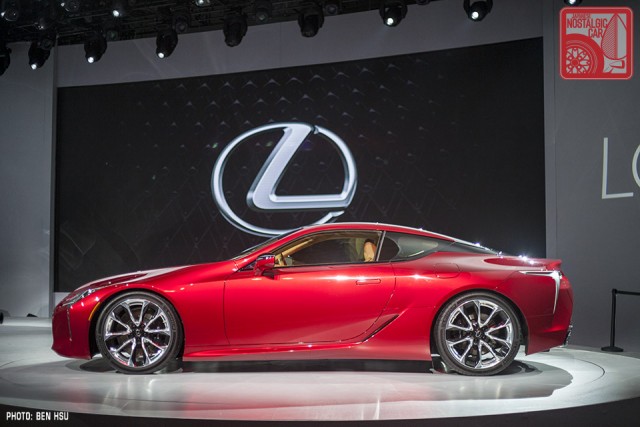 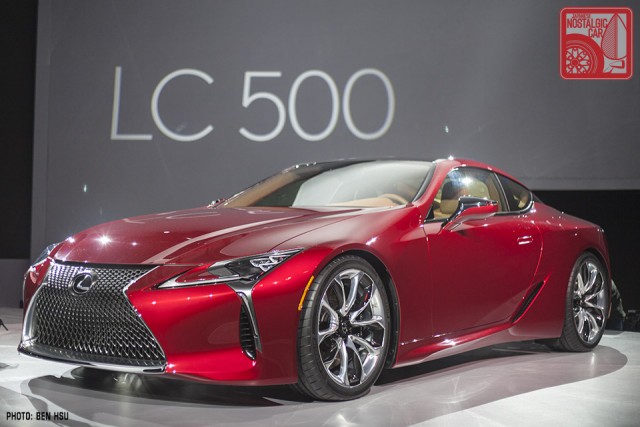 Toyota, too, chose something close to Soul Red for its new flagship, the Lexus LC 500. This very concepty production car is leading the charge for Akio Toyoda’s revolution within the company that bears his name. Expect to see more of this color across the Lexus line.

It’s almost guaranteed that if you park all four of these cars next to each other, their colors will look vastly different, but for now it seems that Soul Red is the new white.

4 Responses to DETROIT: Soul Red is the new white