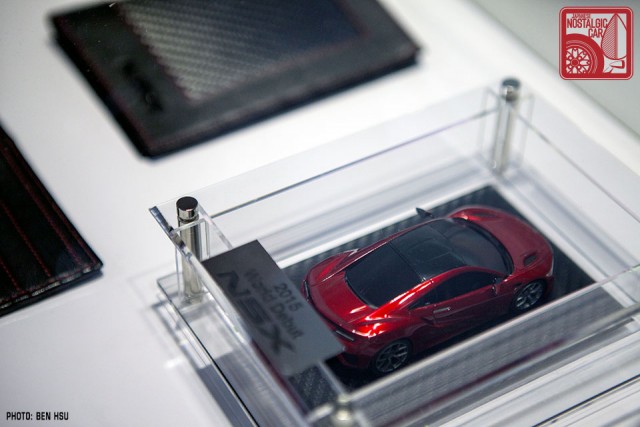 The new Acura NSX will retail for approximately $150,000. If that’s too rich for your blood, we spotted this scale model tucked away in a corner of the Acura booth at the Detroit Motor Show. It will, according to the company, become available when the car does, along with some other accessories like wallets and keychains.

These sculpted paperweights with matching USB drives were also given to the press. Honda says 2,000 were produced, with 500 kept for internal use. Some have already appeared on eBay

, but not mine. I’m holding onto this forever. In fact, I haven’t even taken the plastic wrap off it. The one in these photos belong to another writer. They are very similar in size to the diecast model, which is approximately 1:43 scale.