DESIGN: In another dimension, the Mitsubishi 4000GT 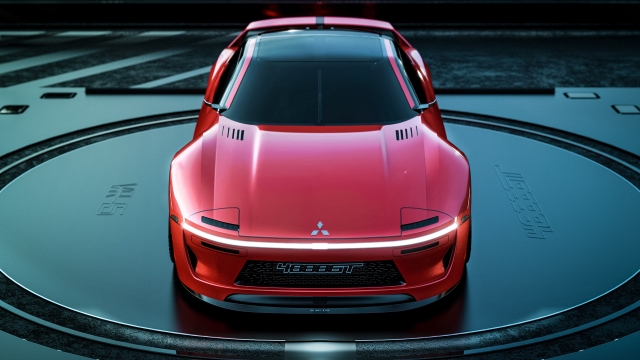 In our dimension, the once mighty Mitsubishi Motors has been relegated to just a few unremarkable models for penny pinchers. In an alternate dimension, a futuristic sports car, a true successor to the flagship 3000GT VR-4 of the 1990s, exists. This is one designer’s vision of what could have been. 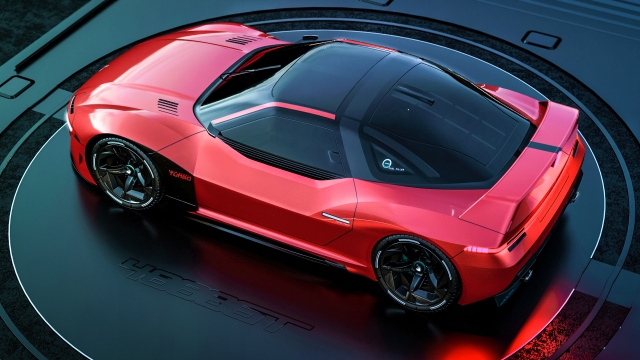 Matthew Parsons, a designer at Volkswagen South Africa, created what he calls the Mitsubishi 4000GT. It’s “a quick personal project envisioning what a modern day Mitsubishi 3000GT could look like.”

“The soft 90s surfacing was reshaped into sharper edges with stronger lines and the air channels are designed to be more subtle,” Parsons explains. “I found the original design had equal length overhangs front and rear, and decided to create a much shorter rear overhang. By doing this I aimed to give the design more forward leaning movement.” 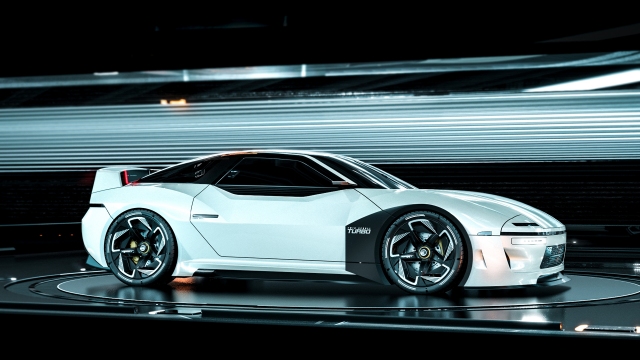 We’re fans of shapes that emphasize the mechanicals underneath, and given the original 3000GT’s transversely mounted V6 it makes sense. There’s no mention of what might power the 4000GT, though Parsons mentions that “the VR-5 emblem indicates an evolution of the VR-4 system.” 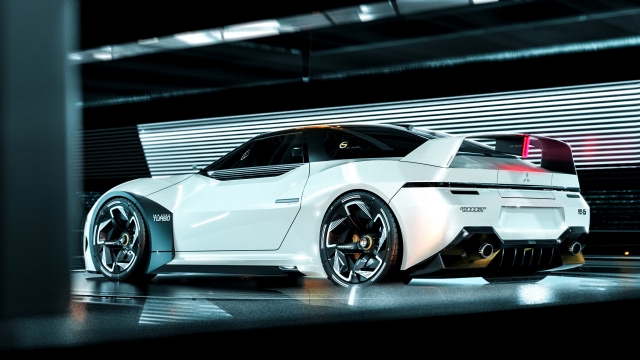 Like the 3000GT when it came out, this has a cyberpunk vibe that evokes Japan’s futuristic atmosphere. We think Parsons nailed the front end, which even appears to have pop-up headlights. Perhaps a result of the forward-leaning stance, the canopy and middle area conjures thoughts of another Bubble Era machine, the SVX from rival Subaru. The rear reminds us not of the 3000GT but the Starion, which is not a bad thing at all. 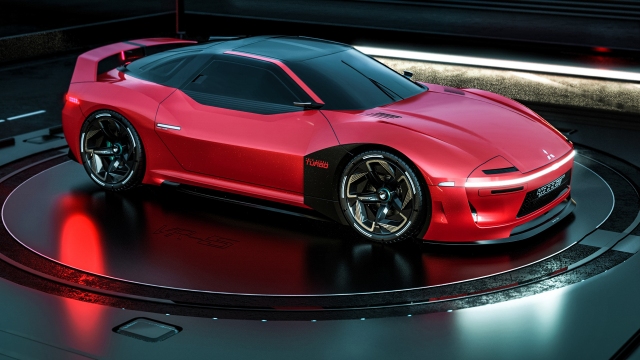 “As a big 90s JDM fanatic, it has been rewarding to work on a childhood favourite and I hope it invokes some nostalgia to its viewers,” Parsons states. Sadly, this is just a fantasy, despite some rumors a few years ago that Mitsubishi was going to revive the 3000GT on the Fairlady Z platform. Nowadays, it doesn’t seem like the company is in any position to market a vehicle like this, but hopefully in another timeline Mitsubishi still has the ability to build such a car. See more images at Matthew’s website.

permalink.
This post is filed under: Design and
tagged: 3000GT, gto, mitsubishi.

9 Responses to DESIGN: In another dimension, the Mitsubishi 4000GT