For absolutely no reason for it at all, there’s a Datsun 510 is in this Little Caesar’s ad 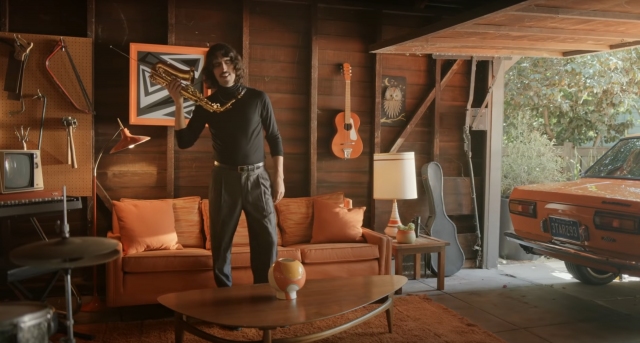 In a new Little Caesar’s Pizza commercial, the butt of an orange Datsun 510 peeks in from stage left. It is an example of “oddvertising” and the primary thing featured, in this case a combination telephone-saxophone, is not the thing being sold. Instead, you get this pastiche of strange artifacts — a CRT television, a mid-century coffee table, and one of the greatest sports sedans ever made.

The items seem to conform to a general theme of being both orange and vintage, and it mostly works. Well, except for the modern, large-diameter wheel and low-profile tire that’s peeking out from under the car. Also, the Datsun is probably wondering why it’s not in the garage instead of that Weird Al Yankovic-looking guy in pleated pants. Still, it’s kinda cool that the Datsun makes a cameo, no?

Thanks to Jeff Koch for the heads up!

permalink.
This post is filed under: Uncategorized and
tagged: 510, bluebird, cm, datsun, nissan.

6 Responses to For absolutely no reason for it at all, there’s a Datsun 510 is in this Little Caesar’s ad