Posted on February 3, 2022 by Patrick Strong 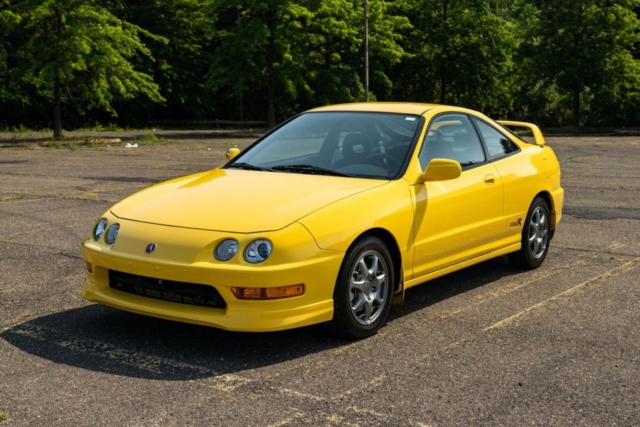 History was made on January 29, when a 7,000-mile Acura Integra Type R sold for $112,112 on Bring a Trailer. This stunning result was the highest figure ever achieved for an ITR on BaT, and possibly the highest price paid for the model anywhere. Predictably, the auction’s comments section was peppered with the usual litany of disbelievers shouting “crazy!” but surprisingly, they were outnumbered by those singing the car’s praises, congratulating the buyer and predicting even higher ITR prices in the future. 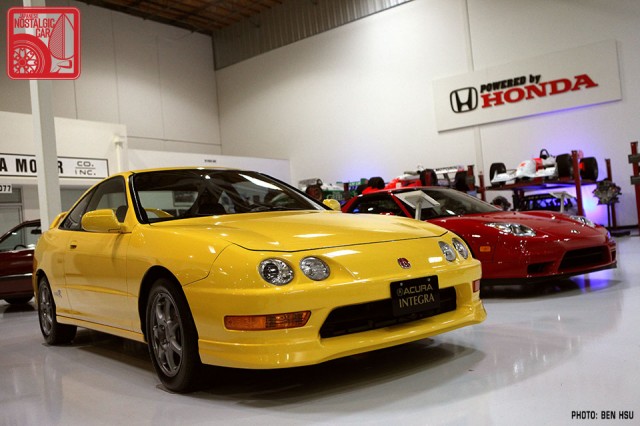 What’s interesting here is that the six-figure Type R has plenty of company in the “it sold for how much?” department these days. There’s mounting evidence to suggest that the collector car market is in the midst of a bubble, with even the most mundane cars trading for multiples of the prices they’d have brought just two or three years ago.

We’ve seen this before in recent history; in the late 1980s, the booming Japanese economy drove a massive spike in vintage Ferrari prices, while in the mid-2000s, the easy money of the US housing bubble led to record auction results for American muscle cars. In both cases, the bursting of those bubbles led to rapid declines in the collector car prices they had once propped up. 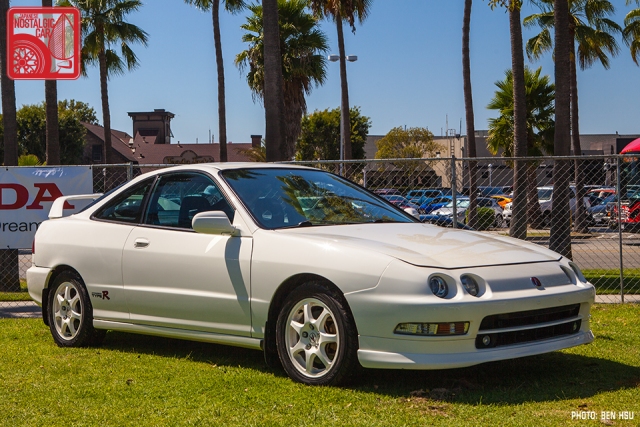 The roots of today’s classic car bubble are a bit harder to pin down. It’s true that we’re once again in an era of easy money thanks to low interest rates and “feed the rich” tax cuts, to say nothing of the legion of newly minted crypto-millionaires. This time, though, there seems to be an additional psychological driver behind the run-up. There is a real sense that we are at the end of the internal combustion age of the automobile, and thus the analog, gas-powered cars of just a few years ago are now sought after simply by dint of being the last of their kind.

When viewed in the context of this presumed bubble, it’s fair to ask whether or not an Integra Type R is really worth $100K, or whether they’re just being dragged upwards along with every other car on the market. To try to answer that, it’s necessary to first understand the significance of the ITR beyond how much it costs to put one in your garage. 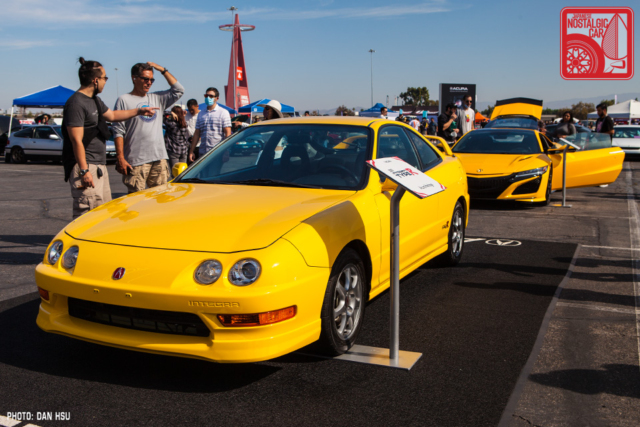 Widely considered one of the best-handling front wheel drive cars ever made — if not the best — the Integra Type R represents a high-watermark for the Honda Motor Company, coming from an era when practically everything they touched turned to automotive gold. Consider that Honda’s product catalog at the time of the ITR’s release also included the Civic Type R, the Prelude SH, the NSX and, at the tail end of the Integra’s production run, the S2000. It’s no exaggeration to say that Honda’s performance lineup at the end of the 1990s and early 2000s was one of the greatest in the history of the automobile.

The Integra Type R continues to resonate with enthusiasts today for a number of reasons. First, it was a somewhat affordable sports car that punched far above its weight in the performance department. Second, for those slumming it in an Integra LS at the time, the ITR served as a sort of vision board for the growing Honda tuning community of the 1990s, the north star of what a perfect Integra should be. Though few could homebrew a car with capabilities to match the real thing, the impact of the ITR as an aspirational item cannot be understated. 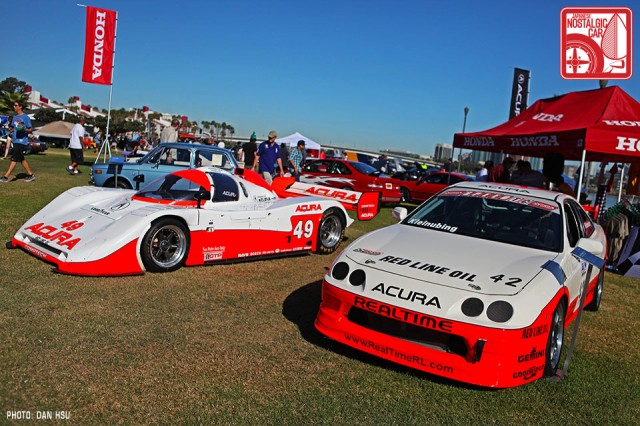 Third, and critically for a performance car to have legs in the mainstream collecting community, the Integra Type R has impeccable motorsports credentials. In the hands of Peter Cunningham’s RealTime Racing outfit, the ITR claimed four manufacturer and five driver titles in the SCCA World Challenge Touring Car series between 1997 and 2002, setting records for most poles, wins and championships in the series along the way. In this way, it stacks up favorably against icons like the Alfa Romeo GTA, the Porsche 911 RS, and the R32 GT-R as a near-literal race car for the street.

Lastly, the ITR is legitimately, organically rare. Only 3,823 were made during its seven-year production run, and that herd has been thinned over the years by the usual attrition that befalls performance cars. Finding one with such low mileage and in such immaculate condition as the recent BaT example borders on the miraculous. 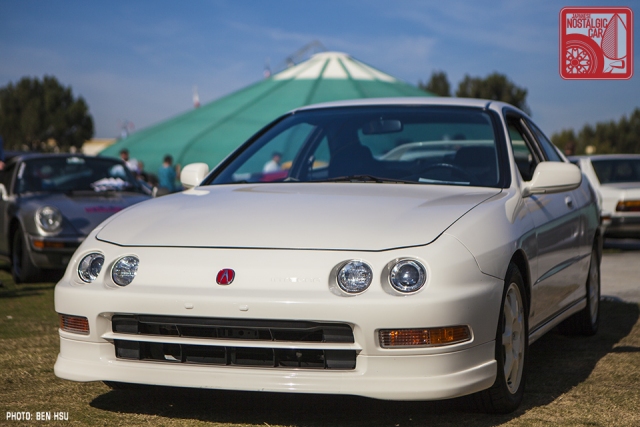 With unimpeachable collector car credentials, it’s fair to say that the Integra Type R is deserving of lofty valuations when compared to other machines of its era. But, is it really a $100,000 car, or is its present six-figure status just a consequence of our current bubble? To answer that, let’s look at what happened to the apex cars of past bubbles.

When the Ferrari market collapsed in 1990, pretty much every car bearing the cavallino rampante badge lost 40% of its value in the span of just a few months, but within four or five years the really great V12 GT cars of the 1960s, GTOs and California Spyders and the like, had regained their pre-crash values while the garden-variety 308s and Testarossas languished. Similarly, when the muscle car bubble of the 2000s burst with the onset of the Great Recession, only the most desirable rides (Hemi ‘Cudas, LS6 Chevelles, etc) regained most of their value as the economy recovered. 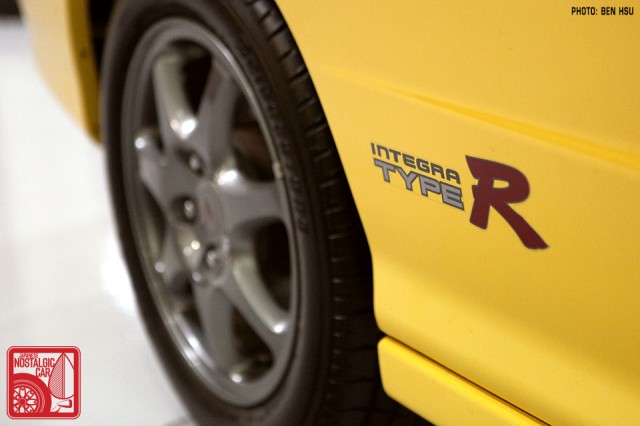 The Integra Type R is just this sort of apex car, along with contemporaries like the NSX and A80 Supra Turbo. Everything is overpriced right now, and when this bubble meets its inevitable demise, it’s safe to assume that prices of these most desirable cars will decline with the herd. It’s also safe to assume that after the market resets, the ITR will be one of the select cars to climb back to the top because it has genuine desirability outside of prevailing market conditions.

9 Responses to Damn straight the Acura Integra Type R is worth $112,000