Back in the day (waaaay back in the day…) when concept cars weren’t about hokey technology to save the planet, motor show specials were a lot more fun.

A case in point is the Mazda RX-500, which was unveiled at the 1970 Tokyo Motor Show. A futuristic, mid engined rotary concept, it was a proper working prototype with some tasty mechanicals. The engine was touted as being a production 12A, presumably because the 12A engine was having its debut in the Capella that year. However the engine bay of the RX-500 remained resolutely shut during the show… 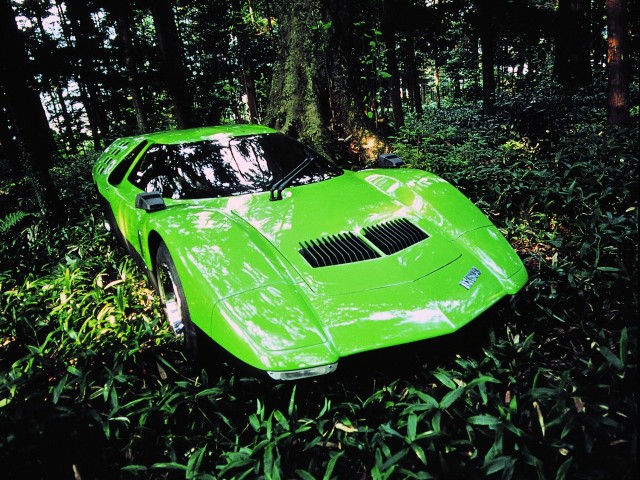 If its rear bodywork was left open during the show, then it would have been quite clear that the engine was not a production version at all, but a racing unit that was rather obviously fed by a massive downdraught Weber with a pair of equally huge velocity stacks. The engine is in fact a 250hp peripheral ported 10A from the Familia racing program, mated to a RX87 Luce transaxle. The FWD 1969 Luce may have been short lived, but it did have a transaxle that placed its unique 13A twin rotor ahead of the front wheels. Suitably re-engineered, it fit snugly into the rear section of the RX500, mid-mounting the 10A just behind the cabin in time-honoured racing fashion. And given its head, the 250hp, 850kg prototype screamed to a top speed of 240km/h around Mazda’s test track.

After the 1970 Show, like a lot of concept cars the RX-500 was tucked away and just…forgotten. Until now. Its restorationw as completed recently and it went on exhibition in August at the Hiroshima City Transport Museum. Here’s a link to its unveilng: http://www.nigensha.co.jp/cgclub/eventreports/event09.html. 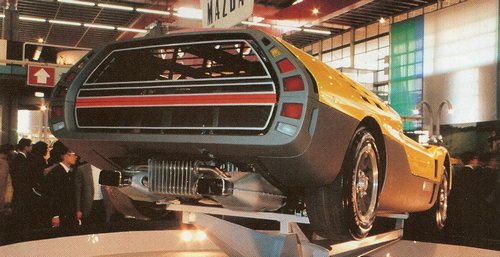 Weirdest exhaust pipes ever? Mazda’s anti-pollution exhaust technology wouldn’t be in production for quite a few years, so maybe this is an early prototype? By the way, those funky tail lights had an extra feature too…when you were accelerating green lights at the top would be lit up, when you were cruising, the yellow lights would come on, and the red brake lights would come on progressively depending on how hard you were braking!