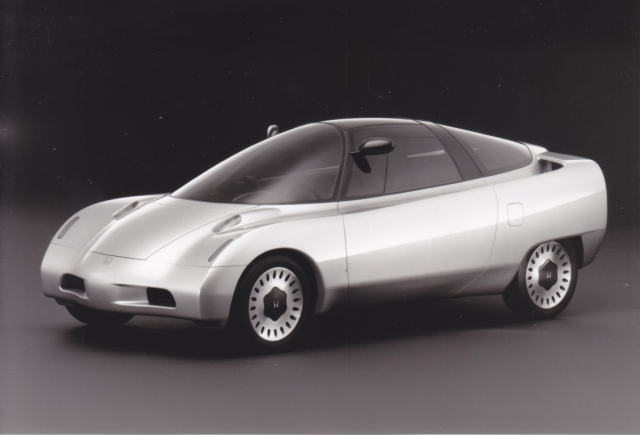 Here at JNC, we have an Earth Day tradition where we dig deep into the memory banks to highlight an environmentally themed, often bizarre concept. This time around, we’d like to draw your attention to the alien-looking 1991 Honda EP-X. 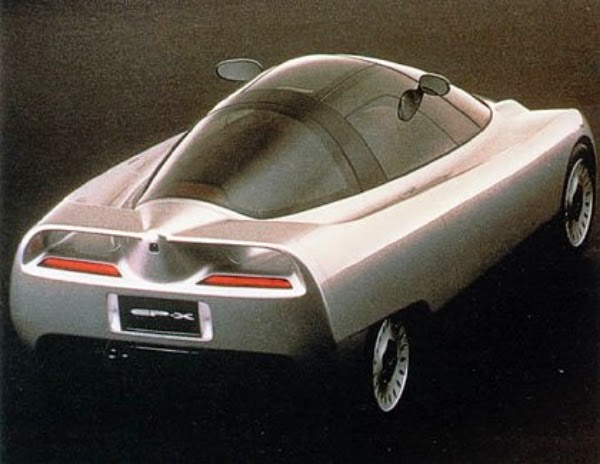 Introduced at the 29th Tokyo Motor Show in 1991, the EP-X, was described as a study in resource conservation, environmental friendliness, and safety that was still fun to drive. The name stood for Efficient Personal eXperimental, and many of its characteristics would be employed on the first-generation 2000-06 Honda Insight a decade later.

The two-seater featured a body of aluminum monocoque construction, which made it extremely lightweight. Total mass clocked in at just 1,367 pounds. it measured 3700mm (just over 12 feet) long, but was only 1500mm (just under 5 feet) wide, and 1240mm (4 feet) tall. That’s seven inches narrower and 4.5 inches shorter than the already tiny Insight. 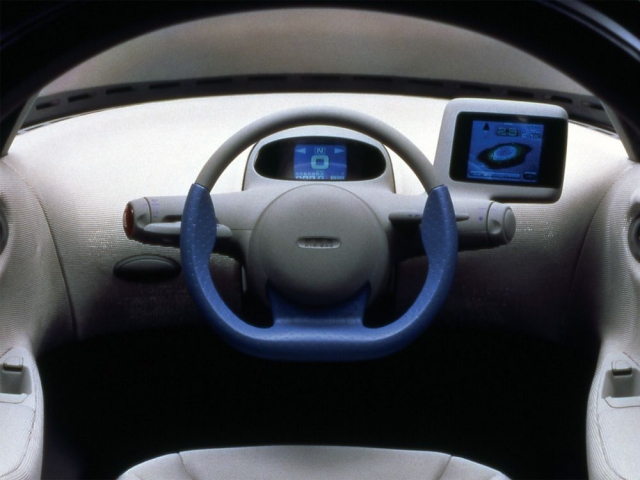 How did the EP-X accommodate two people in such tight dimensions? By having them sit tandem. Like any coupé the EP-X had two doors, and you could enter the car from either side. The rear half of the glass canopy was hinged on the right, swinging open to provide access to the cargo area (or to be used as an emergency exit).

This was at the dawn of the SRS age and as a safety showcase the EP-X was of course equipped with dual airbags, with the passenger’s mounted in the driver’s seat back. The ample shoulders made for a large crumple zones in case of an accident, while a fighter jet-like canopy provided excellent visibility (for the driver, at least). The otherwise plain dashboard featured LCD instrumentation, a technology just filtering into mainstream cars now. 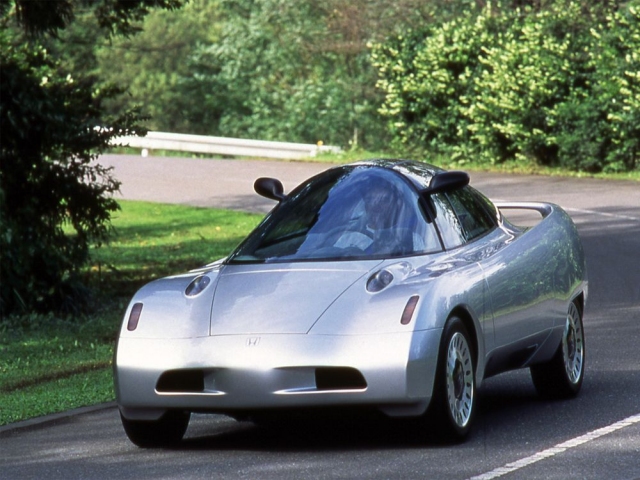 Under the low hood was a 1.0-liter 3-cylinder equipped with VTEC-E, Honda’s then still incredibly advanced variable valve timing system, but tuned for fuel economy rather than performance. Still, it made 70 PS, plenty for such a featherweight, and about the power-to-weight ratio of a second-gen CRX. As for the fun-to-drive aspect, the front-drive coupe employed — like all great Hondas of the 1990s — an aluminum double-wishbone suspension.

The EP-X could look quite sleek, especially at the rear. From the front, it was hit or miss. With its nose bulge, headlights up near the cowl, and high-mounted side mirrors, at certain angles it resembled a hippo emerging from the water. Nevertheless, the profile worked as intended and according to Honda, returned 100 miles per gallon.

With its extensive use of aluminum and curved glass, a car like this probably would not have been cost effective to put into production at the time. Plus, the oddball seating position and limited space would have been just a bit too strange for most buyers. If Honda had released something like this in the 90s, would you have driven it?