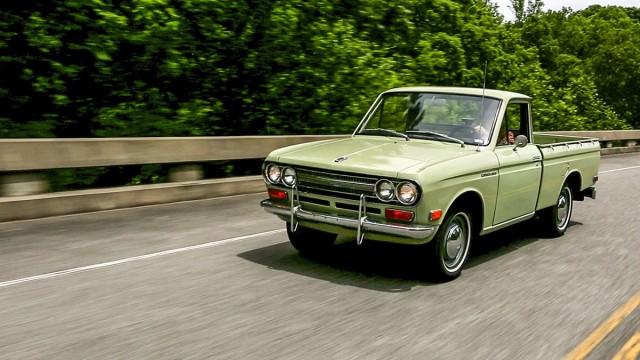 “Several people have tried to buy it from me,” says Marvin Askew of his 1971 Datsun 1600 pickup, “Especially kids. They want to strip it down and lower it.” But luckily Marvin didn’t sell it to them, because now the truck he cared for for over 40 years fills a gap in the ever-growing Heritage Collection of Nissan Motor Corporation.

Marvin purchased his Datsun 521 from the quaintly named Hippodrome Datsun in Nashville, Tennessee on November 30, 1971 for the princely sum of $2,111. In over four decades of ownership, he put just over 150,o00 miles, including 25 round trips to Alabama, on it. Marvin changed the oil every 2,000 miles, each change recorded alongside every bit of maintenance or repair in a notebook that more than vaguely resembles Indiana Jones’s diary.

“I owned a 1970 Ninety-Eight Oldsmobile and I’d rather drive that truck than the Oldsmobile,” Marvin explained. “It’s just so nice, it’s just smooth. At 50, 55, 60 miles an hour it just runs like a sewing machine.” 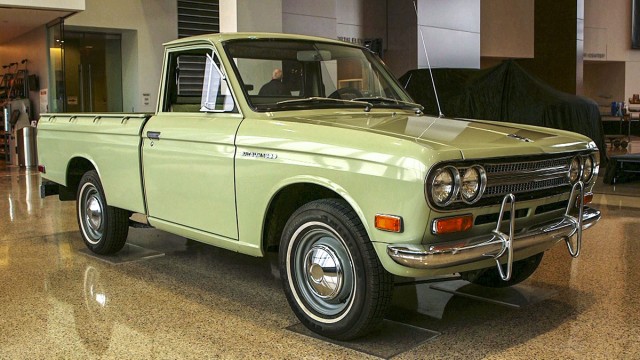 After passing up all the “kids” who wanted to buy it, Marvin sold his 521 to Dan Vito, described as a local collector and Nashville businessman, three years ago. It was Dan who approached Nissan, located right next door in Franklin, Tennessee, with the truck. 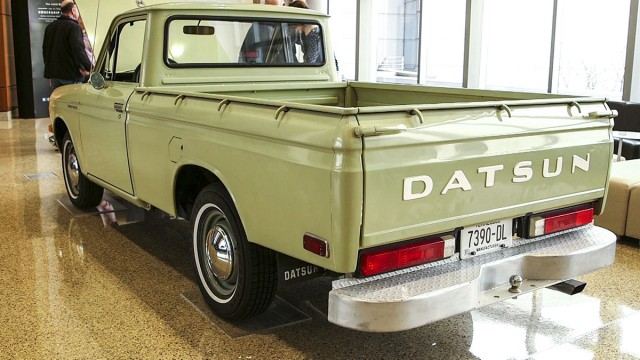 After years of roaming around in Nissan USA’s backyard, the green truck, which Dan had named “Sweet Pea,” had come home. Nissan recently made the acquisition official with a tribute video and even invited Marvin Askew to its US headquarters for a reunion with is truck. Watch the video below.

permalink.
This post is filed under: Collections and
tagged: datsun, nissan, Nissan 521, trucks.