TUNE UP: Instead of your typical rap video cars, “This is America” is filled with Toyotas and Hondas 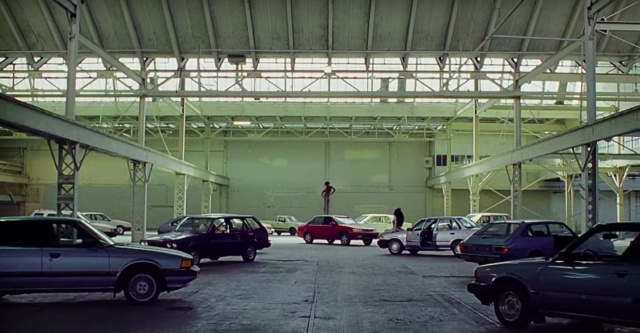 In case you were under a rock all weekend, you probably know Childish Gambino’s video for “This Is America” debuted on Saturday and has already garnered over 18 million views. The work is fraught with commentary on violence and slavery, but JNCers will undoubtedly be most captivated by the garage full of old Japanese cars.

The song’s lyrics talk about making money, a not-unusual subject in hip-hop, but artist Donald Glover (Childish Gambino’s real name) and director Hiro Murai turn the standard fare on its head, with Glover gunning down traditional representations of African Americans in popular culture. There are obviously many layers to the video, but JNC is gonna JNC.

Instead of a garage of Bentleys and Lamborghinis, dancers gyrate around Toyota Corollas — a third-gen Liftback, fourth-gen wagon, Tercel 4WD wagon, and a couple of front-driver sedans. There’s also several second-gen Honda Accords, a Panther platform Lincoln Town Car and K-body Cadillac DeVille in the back, and what appears to be a Yugo pickup. Is it parodying rap videos filled with expensive cars? Commenting on wealth inequality? Depicting the supplantation of American sedans by Japanese compacts? Just appreciating J-tin? The video raises some big questions, but we have just one more: can we buy that TE51?

10 Responses to TUNE UP: Instead of your typical rap video cars, “This is America” is filled with Toyotas and Hondas