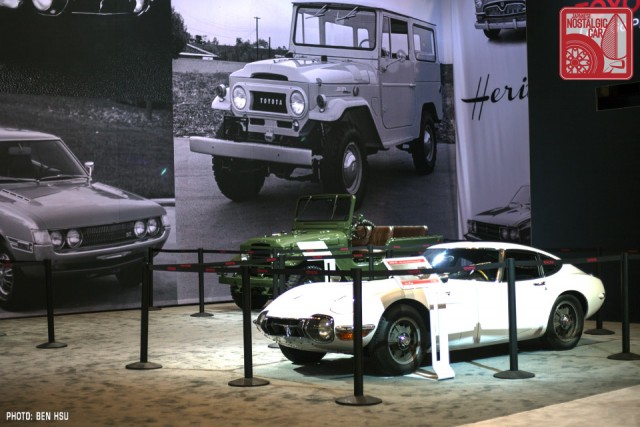 For those of you in the midwest dying to see an honest-to-god 1967 Toyota 2000GT in real life, get thee down to the Chicago Auto Show, going on until February 22. Toyota is taking three of its classics on tour, displaying its supercar alongside a 1961 FJ25 Land Cruiser and an IMSA GTP racer. These are the same cars we covered at the Los Angeles Auto Show so there’s no need to go into detail again, but it’s a rare opportunity to see a rare JNC if you’re in the midwest. And, with a value north of $1 million, it’s one of the most expensive cars in the entire show too.