Celebrating the 30th anniversary of the Mazda Roadster in Japan 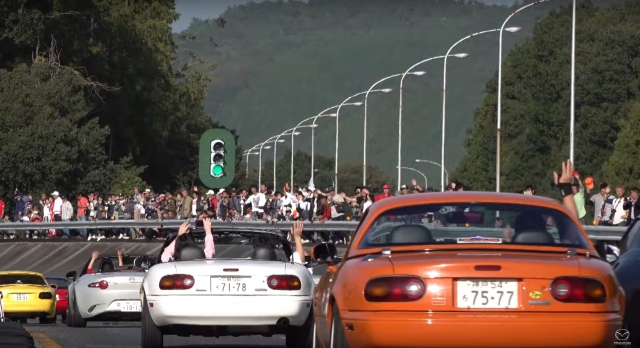 While we were celebrating the 30th anniversary of the Mazda Miata in the US at Laguna Seca, Roadster owners in Japan had their own shindig. Held at Mazda’s Miyoshi Proving Grounds, the event drew 2,200 cars and 3,500 fans of the venerable sports car, from all across Japan, the Philippines, Thailand, the UK, and the US. 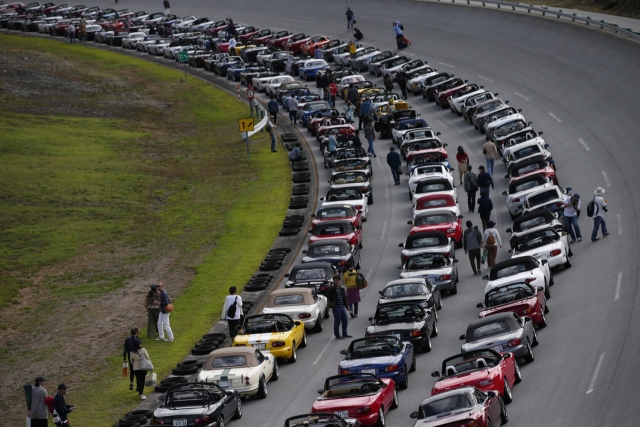 It is tradition for Mazda to hold the anniversary celebrations marking each decade at Miyoshi. The 10th and 20th anniversaries were also held at this test facility where part of the Roadster’s development took place. Enough cars came to fill up the 2.67-mile circuit filed in starting at 6:30 am.

Unlike the US celebration, this was very much an official Mazda event. After kicking off at 10:00 am with a tea toast, Mazda president Akira Marumoto welcomed the fans and owners, looking ahead to 2020 and Mazda’s 100th anniversary. 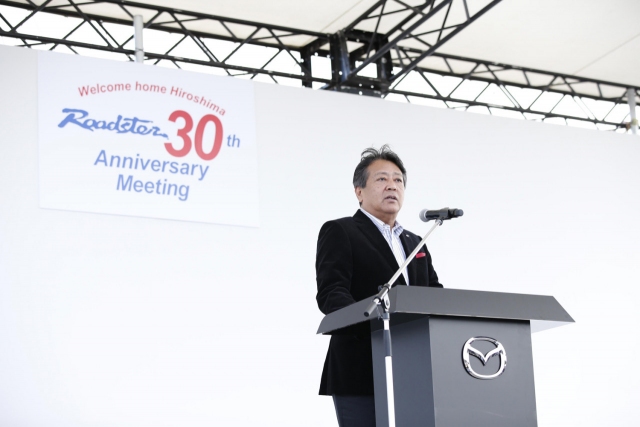 Despite the fact that future of the sports car is murky, Marumoto addressed the issue with the crowd. “The automobile industry is said to be a period of change once every 100 years,” he said. “However, regardless of the era, Mazda believes in the original value of cars that excite people’s hearts, pursue the joy of driving, and provide customers with the ;brightness of life’ through motoring. This meeting is truly an event that represents the Mazda brand.” 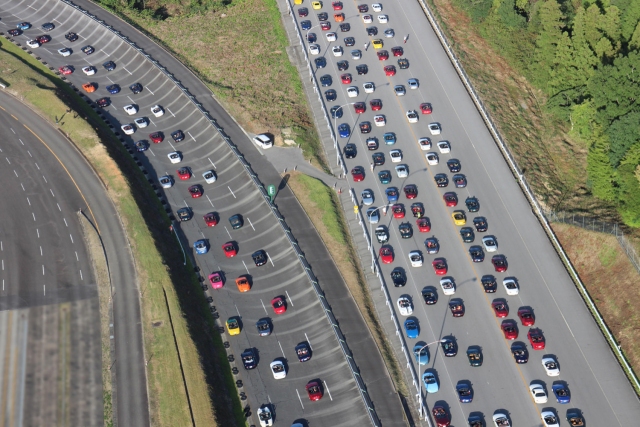 Then the mayor of Miyoshi presented a letter of appreciation to the organizers. Then, owners club representatives from all over Japan got on stage and told stories of Miata ownership. There was the one about a couple who met in the Roadster message boards and got married, the family of four who owns four Roadsters, and some overseas owners were asked to share their experiences as well. 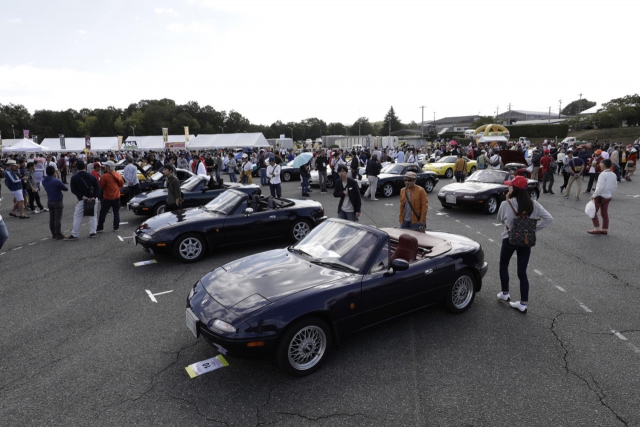 There was an exhibition of 36 rare vehicles, including special editions, anniversary models, and the millionth Miata signed by fans around the world. Commemorative items were offered for sale, as were delicacies from local food shops.

Finally, Mazda Vice President Kiyoshi Fujiwara gave a closing speech at 3:30 pm, saying, “See you in 10 years!” and a declaration of  “Roadsters forever!” See the  video below for more of the ceremony.