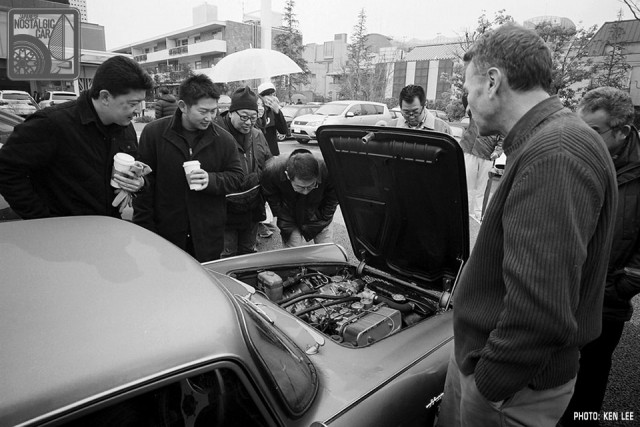 In recognition of Honda’s return to Formula 1, the regular Sunday Morning Cruise in Daikanyama, Tokyo recently extended an invitation to “all Honda and other classic Japanese cars.” There was little excuse not to take the S800 out for an early morning run… except perhaps for the forecast of near zero degrees and rain.

Held on a regular basis at the Tsutaya bookstore parking area, the cruise has in the past filled the space with well over 100 cars, often spilling out into the street. With possibly the largest range of motor books in Tokyo for inspiration, the organizers regularly choose interesting themes accordingly — Ferrari, blue, Rolls Royce & Bentley, five, V12, Lotus, VW and Abarth in recent months alone.

The day dawned gray and the sun struggled to make any impact on the lead-colored sky. Color film would be wasted, so instead plain old black-and-white film was loaded. Disappointingly too, both the total number of cars and the Honda count barely filled one-third of the usual parking area. 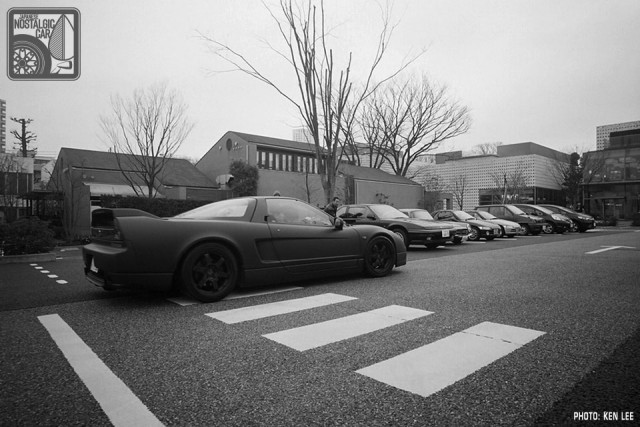 A matte black NSX-R burbled in though, as did a well-worn NIII. Coupled with a Prelude, City, the regular appearance of a US-market 1981 Accord few other Hondas of note made it to the event. A short time before the closing time — when they open the parking area to usual patrons at 09:00 — another S800 Coupe joined. 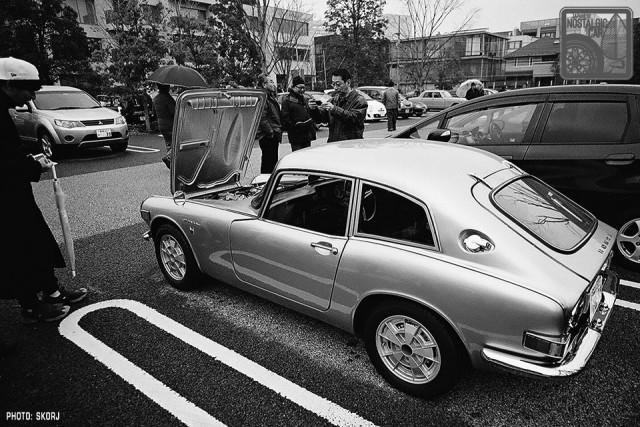 Fully restored to stock configuration and with every bolt cad-plated, it was a prime example of type and a stark contrast to my smelly, loud, unwashed, modified, everyday driver Coupe.

A lone Toyota Sports 800 also wandered into Honda territory. The owner said he stripped and polished the aluminum parts — hood, targa top, and trunk lid — because he could, and to show off their construction. They did indeed look pretty snappy in their raw metal state, and he said he had a few set of original panels from a number of cars he had too. The size difference between it and the Benz though is obscene!

The NIII Deluxe wore a very old kei plate, before they were mandated to be yellow. Technically just the third facelift of the N360, Honda decided to give it a new name starting in 1970. It is distinguished from its predecessors by a rounded grille, larger winker lights and having all four speeds of its transmission synchronized. While driven, the owner clearly took pride in his nostalgic kei, even carrying a Tamiya model kit of his car in the boot. 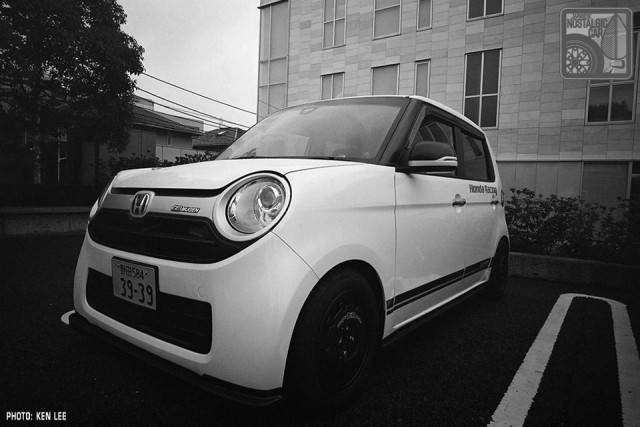 A Mugen N-One takes the iconic design of the N-Series to modern times. We can only imagine that it’s more fun to drive than the stock version David tested.

A few other kyuusha also managed to make an appearance — a Skyline GT-B recently featured on JNC, a G-Nose Z, another NSX or two, some modern Hondas including a few Beat, and a smattering of Lancia, Mini, & Ginetta. 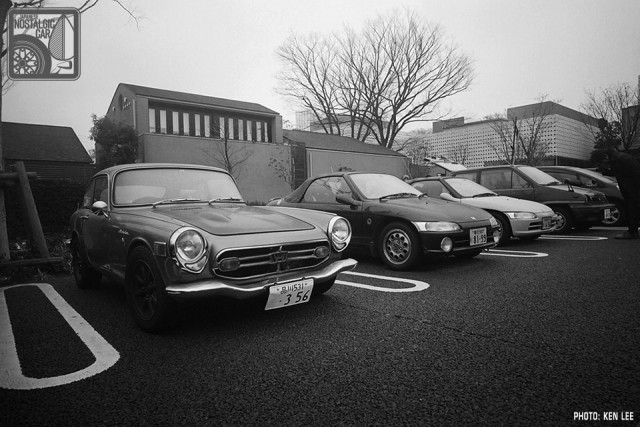 While the next event is an invitation for Mustang, future events are sure to include other Japanese themes, and we hope for nicer spring and summer weather and perhaps an opportunity to use some of our favorite color film.