Take an in-depth tour of the Bride Racing Seat factory 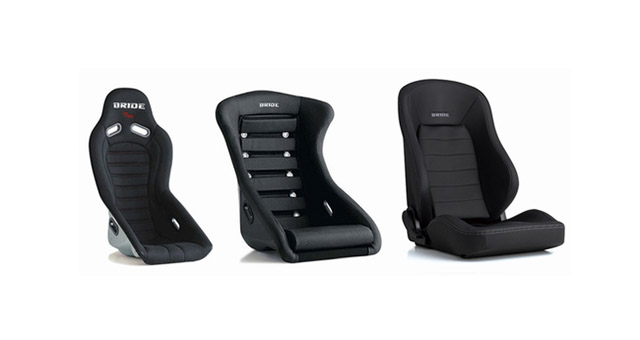 Chances are if you’ve been a fan of Japanese cars, you have admired Bride products for many years. As the preeminent racing seat from Japan, there’s always been a mystique about them, one that’s been fomented in part by their lofty prices. Now, Bride has provided a rare all-access tour of their racing seat factory. After witnessing the process, though, one can’t help but wonder how Bride is able to offer the seats at such a reasonable cost.

To be clear, these videos are produced by Bride and are considered promotional materials. However, it’s not a typical promo video with quick cuts and over-slick production. There’s over 40 minutes of in-depth footage, explaining every detail about the how Bride creates their world-famous racing buckets. We’re honestly surprised at how much is revealed, as companies are usually pretty hesitant to show off all their trade secrets, but that just makes the videos all the more fascinating.

The first shows how Bride, founded in 1981 near Nagoya, prototypes a seat. They start by creating a single mock-up with input from pro drivers, then use CAD to scan it so molds can be created. Of course, each prototype is tested to make sure it complies with the very strict set of safety standards required of automotive seats.

Part two delves deep into the heart of the Bride factory, where workers create the composite shells of the seats. This is where we really get a deep appreciation of the construction process, because all of it is still done the old school way — by hand. Bride has only 13 employees, each of them an expert at his or her craft.

The shells are formed from rigid urethane molds. The foreman explains that the process is not unlike that of making a bathtub. First a 0.7 mm resin coat is laid down in the mold, which is then laid with pre-cut pieces of fiberglass saturated with polyester resin. Incidentally, the weave pattern seen in the seats are not carbon fiber, but aramid, a strong synthetic fiber sometimes known by Kevlar and other brand names. The seats are wrapped in aramid to prevent shattering in case of a crash.

Workers must make sure there’s no air in the shells, and it takes about 30 minutes with a tiny roller to release all the air in one shell. When it’s hardened, another worker uses a diamond cutting wheel in a simple angle grinder to cut off the burr and roughen the bonding surface. The drilling of holes for assembly, cutting of openings for belts, and gluing of rail mounts is all done by hand.

It’s all tremendously inefficient, but Bride president Mineo Takase reveals that he wouldn’t have it any other way. He banters with the host about how it’s almost unthinkable that in Japan today the manufacture of these seats is not industrialized, but you can sense Takase’s passion for his products. The home-grown ethos is so strong, he says you could essentially walk barefoot in his factory with no issues.

Next it’s off to the sewing factory. Here, we see the first sign of an automated process in the way the pieces of seat fabric are cut. Each machine is fed a template, and quickly cuts slices of seat covering, five layers of flame-proof automotive seat fabric at a time.

Amazingly, the design requires 40 to 50 pieces of fabric for a single seat. Sewing, the insertion of foam, and upholstering is all done by hand. Perhaps what’s even more impressive is that all those pieces of fabric are converted from a 3D design to 2D templates by hand as well. In fact, it’s all done by one older gentleman who has been working at it for nearly 30 years, tucked away in a back room so he can work in peace. With around 10 different models and dozens of templates each, that’s a lot to keep track of.

Despite their antiquated production process, Bride can crank out 30 seats per day, about 7,000 per year. There are a lot more circulating on the market, though, as there are plenty of fake Bride seats out there. Don’t be fooled; all authentic Bride seats are made right here in this tiny factory in Japan. Seeing the amount of work and dedication in each hand-built seat gives us a newfound appreciation for what goes into each Bride seat.

permalink.
This post is filed under: Product Guide and
tagged: BRIDE.