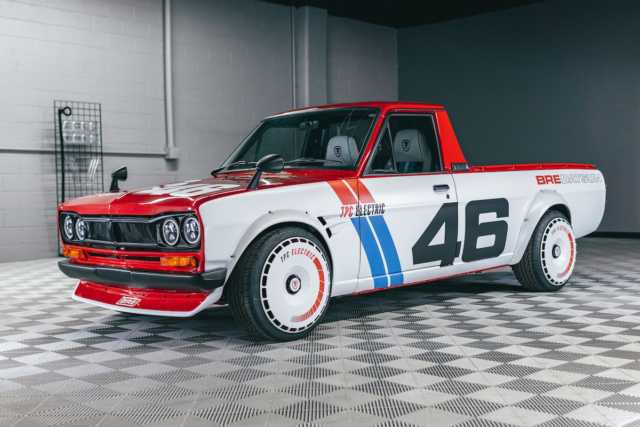 In the past couple of years the pandemic has decimated participation at the SEMA Show, but there are some signs of life in Las Vegas. Nissan, for example, is bringing a diverse mix of weird and wonderful builds that capture the spirit of the good old days. You might expect that with the new Z just coming out that it would be a Z-fest. But no, the headline car is a Nissan Sunny Truck with just the right amount of SEMA craziness beneath the skin. 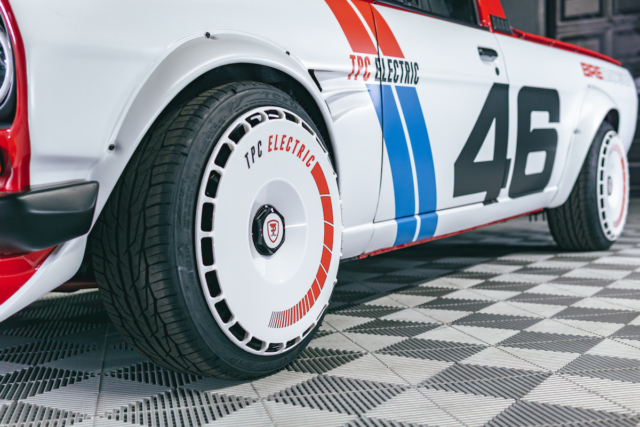 Built by South Carolina’s Tommy Pike Customs, the Sanitora looks like many others, especially as it’s fitted with the obligatory Hakosuka conversion kit from 09 Racing. However, underneath the old school ute body lies the electric powertrain of a Nissan Leaf. The EV drivetrain makes 147 horsepower and 236 lb-ft of torque, easily surpassing the original A12 motor’s 67 horsepower and 60 lb-ft. 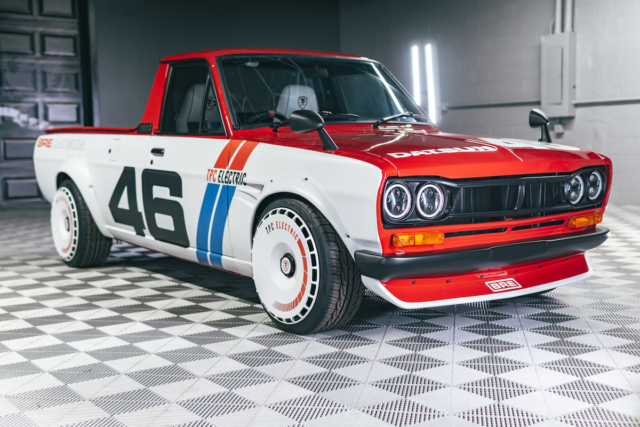 There are no awkward body modifications necessary to make the Leaf guts fit, either. It looks clean enough to be just a regular Hakotora build. An S13 front suspension helps the stance and, of course, it’s decked out in a full BRE livery that works well with the truck’s lines.

TPC also built a Nissan Ariya, but in a vintage Woodie surf wagon style. It takes an otherwise nondescript crossover design that’s only notable for being an electric, and adds just the right amount of SEMA wackiness while borrowing from a totally unrelated car culture.

The electric cars might have headlined, but Nissan isn’t ignoring the Z by any means. There’s one wearing the entire NISMO accessory catalog, but is not to be confused with an official Z NISMO. At least some of them look like they might be different from the ones offered from NISMO in Japan. 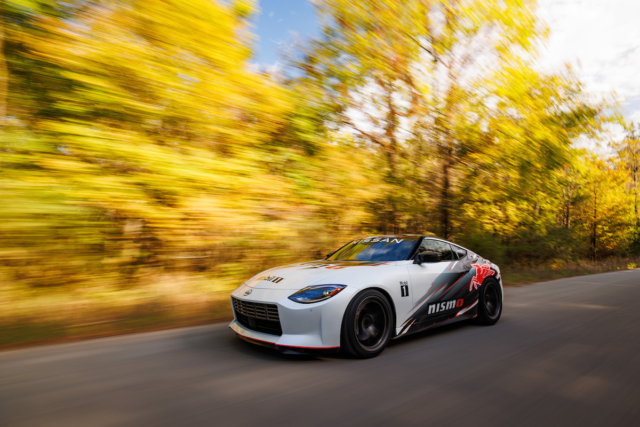 These parts will be available at US dealerships starting in early 2023.

A bit more custom work to your Z and you can turn it into something like Chris Forsberg’s Formula D drift car. Nissan hasn’t disclosed much about the build, except to say that it’s running an R35 GT-R’s VR38DETT tuned to 1,300 horsepower.

There’s also a couple of Frontier trucks for opposite purposes.  A desert dueler built by Forsberg is powered by a Titan 5.6-liter V8 and sports a Titan rear axle as well. It’s decked out in a NISMO off-road parts unique to the North American market (because we’re the only ones that get this Frontier). A second Frontier is a grounded to the ground street truck-inspired build.

Nissan also says they’ll debut a Z GT4 race car but have not released any photos of it yet. It’s going to be the biggest SEMA booth for Nissan in several years, and it finally has a broad lineup of competitive vehicles to actually make a compelling display.