BIKES: The Honda Trail Cub will be available in the US

The Honda Trail 125 motorcycle, successor to the once popular bike known colloquially as the Hunter Cub, is coming to the US. The stripped down, toughened up version of the Super Cub has been a favorite for outdoorsy types for decades, and went on sale in Japan in March. It is only fitting that the Trail Cub (this thing has many different nicknames around the world) return to the States, as it had its origins here 60 years ago. 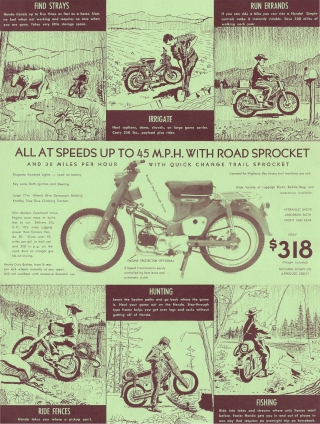 The original Trail Cub was born in Idaho. At the time, Honda had only recently debuted the 1959 Super Cub, which was quickly becoming one of the most popular bikes in America and the world. An Idaho Honda dealer named Herb Uhl modified some Super Cubs for off-road use, and it instantly became a hit with farmers, ranchers, and sportsmen. Soon Honda themselves took notice, and the Trail 50 was born.

From there, it evolved alongside the Super Cub as that model grew in displacement. There was the Trail 55, Trail 90 or CT90, and finally the CT110.

According to Lee Edmunds, Senior Manager of Powersports Marketing for Honda, “That model became ubiquitous in American campgrounds and on motorhome bumpers in the 60s and 70s, and led to a number of successors. For that reason, the CT brand has a special history with the US market.” 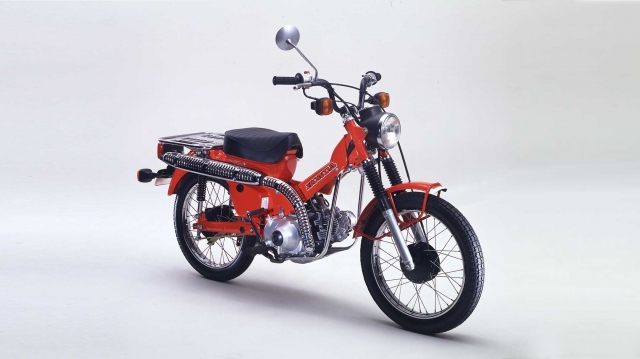 Built on the same low-floor backbone frame, the biggest change was the removal of the front fairing. As the generations progressed, Honda also raised the muffler, added skid plates and a mud-clearing front fender, and gave it a telescopic suspension. The 1980 CT110 (above) was the final iteration, and it is this model that the 2021 Trail 125 most resembles.

The Trail Cub was exported to every inhabited continent, and in some corners of the globe, the Trail Cub has reached icon status. In Denmark, they became the standard-issue bike for Danida, the country’s international aid organization. In Australia and New Zealand, they came to be known as “posties” for their role as mail carriers over harsh terrains. And as reader Buckedy brought to our attention, they even hold postie bike races, one grand prix-style and one rally-style across the Outback. 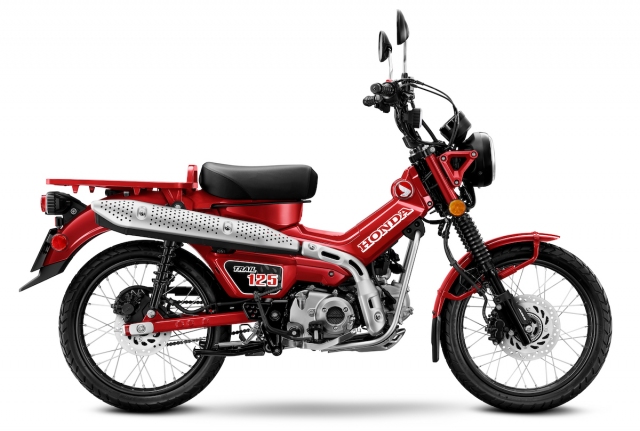 The idea of a resurrected Trail Cub was put forth in 2019 when Honda quietly displayed a concept at the Tokyo Motor Show in the same Tahitian Red color as the CT110. They said at the time that they were merely seeking customer feedback. That feedback must have been good, because it went on sale in Japan in March.

The Trail 125 is powered by the same 125cc engine that appeared in the new Super Cub 125 and Monkey 125 that debuted in 2017, generating 8.7 horsepower. Continuing on the original’s theme of being usable in nature but also as a daily. As on its predecessors, there’s a high-mount intake duct and side air cleaner to prevent dust from getting into the engine, an upswept muffler for clearance, and a sturdier rear carrier for heavier loads. There’s an skid plate beneath the engine for protection, and steel front and rear fenders mimicking the original designed to let mud pass through. 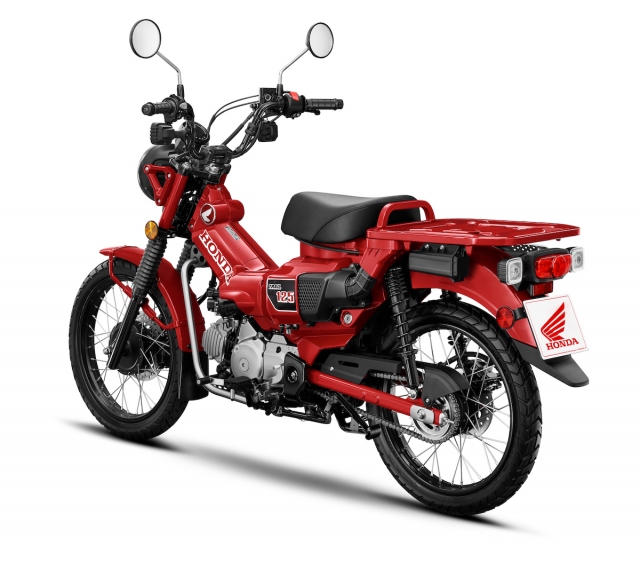 Power is delivered through a 4-speed semi-automatic transmission, whose shifter reportedly has been designed to accommodate riders wearing heavy boots. Front brakes have ABS, and both brakes are discs. There’s also a larger 1.4 gallon fuel tank (versus the Super Cub’s 1.0-gallon capacity), and a longer-travel, more rugged suspension than the standard Super Cub. 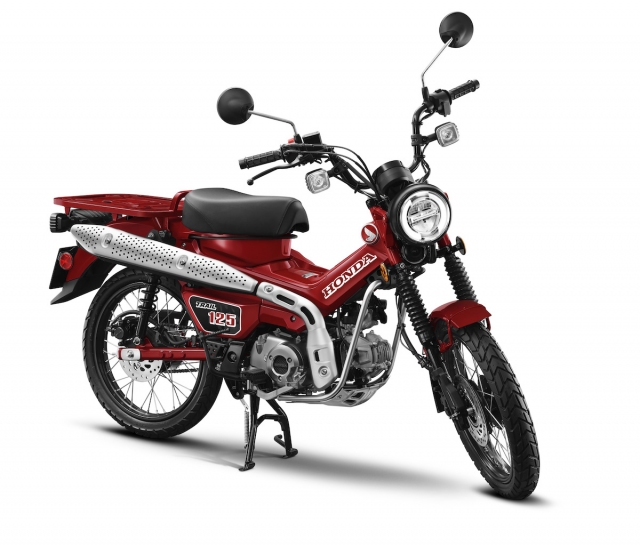 Honda says that the Trail 125 will cost $3,899, plus a $190 destination charge. In the US, the only color offered, at least initially, will be Glowing Red (what is called Tahitian Red in Japan). Sadly, the Matte Fresco Brown available there is not an option in the US. However, knowing Honda motorcycles, they will likely change the color lineup year by year. The Trail 125 is expected to arrive at dealers this November.

permalink.
This post is filed under: Motorcycles and
tagged: honda, Trail 125, Trail Cub.

2 Responses to BIKES: The Honda Trail Cub will be available in the US