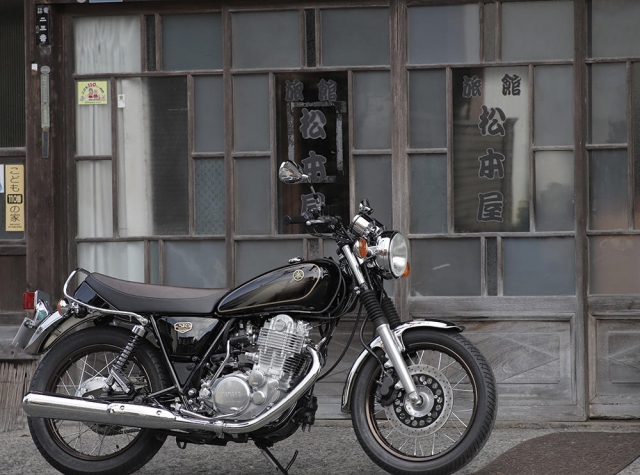 After over four decades of production, the Yamaha SR series is coming to an end. These days, Japanese motorcycle manufacturers are rapidly churning out throwback bikes that hearken back to their heydays, but the Yamaha SR400 and SR500 actually existed in that heyday. It’s progressed largely unchanged for over four decades, cementing its position as an icon of the Yamaha brand. 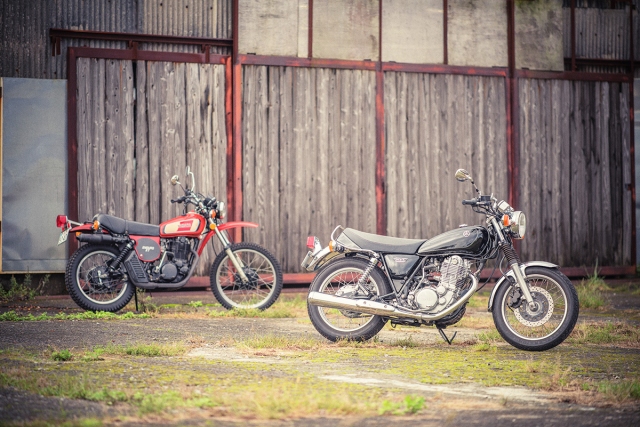 The Yamaha SR began life as an offshoot of the 1976 XT500 enduro bike. It became an instant success due to its simple design, light weight, and durability. Oh, and it also won at the very first Paris-Dakar Rally, finishing 1-2 overall including cars and trucks, and then returned the following year to sweep the top four overall spots. 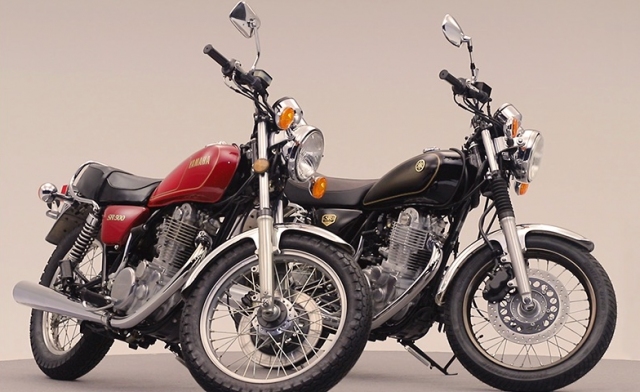 The SR500 was basically a road-going version of the XT500. It was the first big single road bike, and Yamaha wisely offered it in 399cc displacement as the SR400, to comport with Japan’s motorcycle license classification system that favors sub-400cc bikes. Introduced in 1978, the SRs quickly developed a devoted following that helpeed them maintain the same basic design for 43 years. 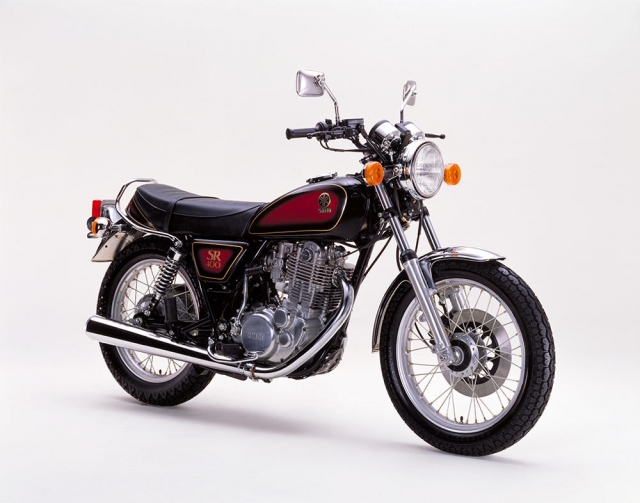 Only minor improvements were made over the decades, to suspension, brakes, and fuel delivery systems. For the most part, customers wanted to keep it pure and resisted change. Amazingly, Yamaha listened. In the mid-80s Yamaha made the SR’s rear wheel diameter smaller, from 19 to 18 inches, and reverted the brakes from disc to drum. In another instance, it devolved the aluminum cast wheels into the older metal spoke style.

Yamaha says that it considered replacing the headlight with plastic many times, but in the end always decided that the glass lens was a vital part of the SR’s old school identity. The dual round, chrome-ringed speedo and tach remain wonderfully analog as well, still employing a rolling odometer and trip meter. 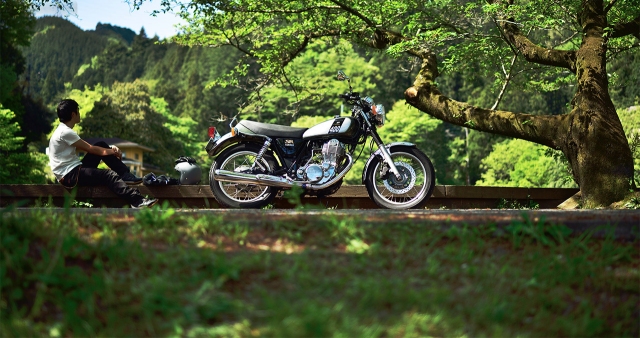 It’s unthinkable that a carmaker would do something similar, but Yamaha responded to customer demand to retain the SR’s traditional look and feel. Eventually, the SR caught up with the times. The SR500 was discontinued in 2000 due to emissions, but the SR400 saw only one production hiatus, for model year 2009, during which Yamaha converted it to fuel injection to meet 2010 emissions standards. Imagine, if you will, being able to buy a Series 1 Mazda RX-7 with EFI, ABS, and OBD II sensors. That’s essentially what the SR offers in two-wheeled form.

A brand new SR400 today is still fired up with a kickstarter instead of an electric one. The engine still uses a dry sump oil system, with the oil reservoir actually part of the bike’s upper frame. The fenders are still steel, not plastic. These, and details like the polished crankcase cover, combine to make the SR400 a modern day classic.

To mark the end of the SR, Yamaha is offering three bikes to commemorate the last of their kind. Two are identical aside from the color, dark gray or blue, with 2D Final Edition logos and white gauges.

Then there’s the Final Edition Limited, of which only 1,000 will be made. The Limiteds feature black gauges, dark bronze wheels, and gold 3D emblems with serial numbers to indicate their production sequence.

However, the centerpiece of the Limited is a hand-painted fuel tank in a gradient pattern Yamaha calls “Sunburst.” It’s a technique that’s been reserved for anniversary and other limited edition models throughout the SR’s life, and according to Yamaha there are only two craftsmen in the company skilled enough to handle the spray gun for this effect. The Final Edition Limited uses a black base to emphasize the most elementary and popular color in SR history, with a dark bronze Sunburst effect. It’s a beautiful sendoff for the storied bike. 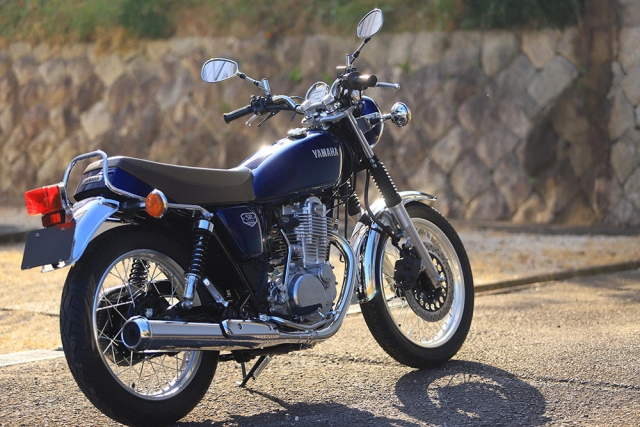 There were several times over the SR’s run when new regulations threatened to kill it. Repeatedly, Yamaha changed only the absolute minimum to keep it in production, maintaining as much of the bike’s soul and character as it possibly could. This time, however, will truly mark the end of a supremely long life. The Final Editions go on sale in Japan on March 15, and will be the last Yamaha SR400s ever sold. 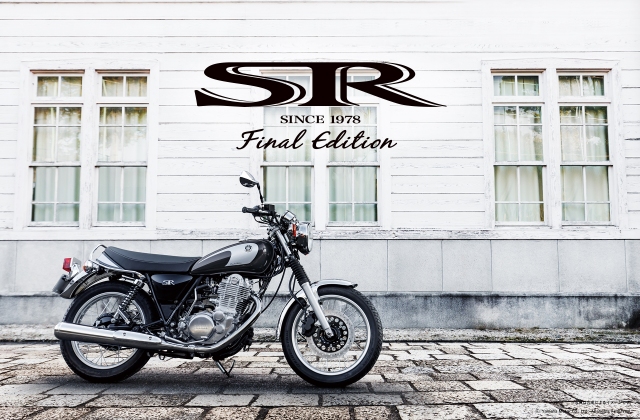 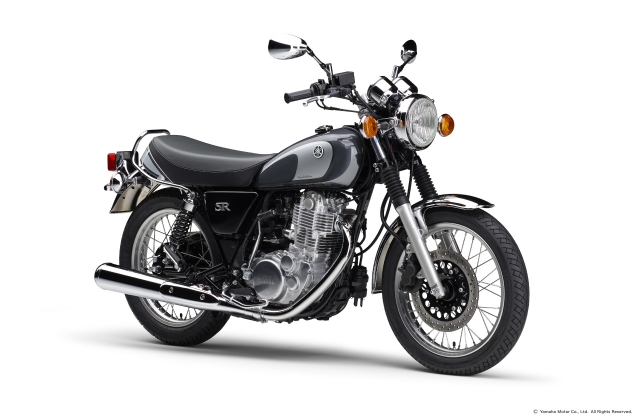 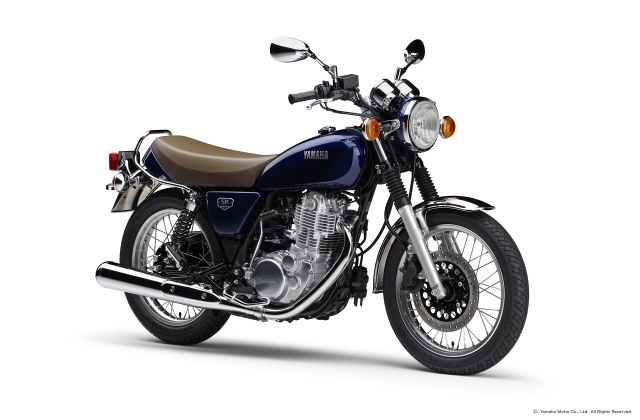 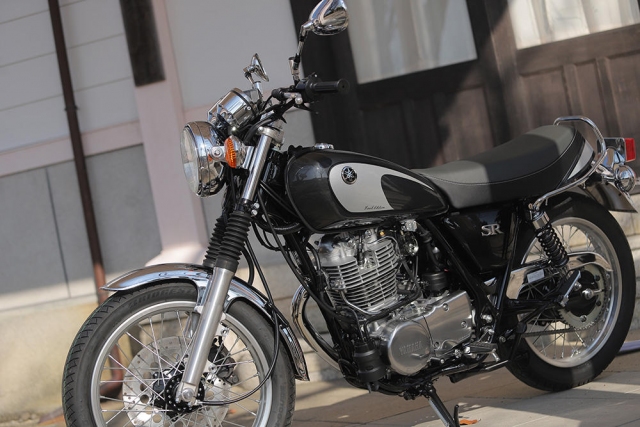 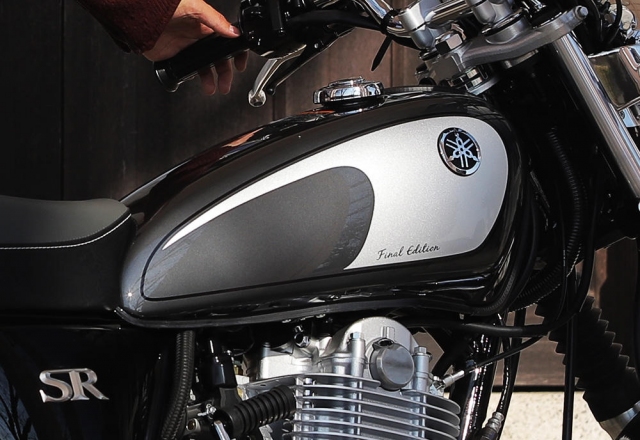 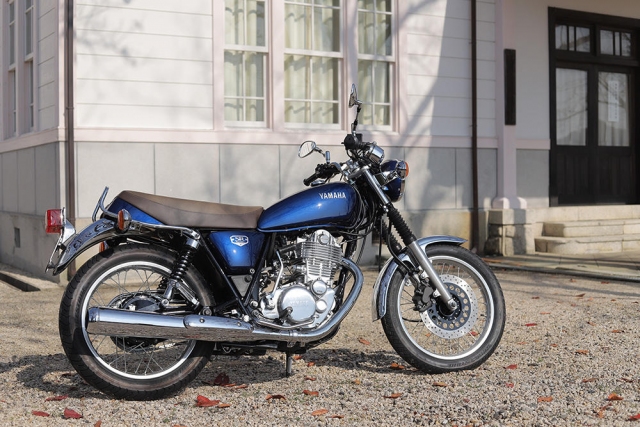 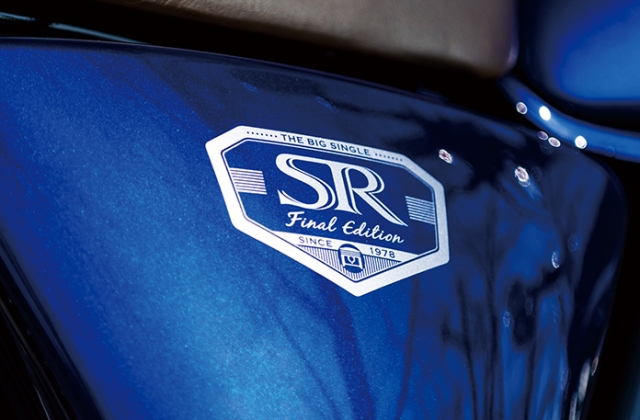 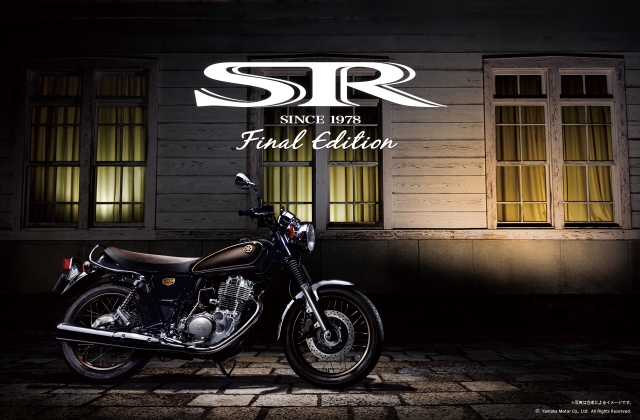 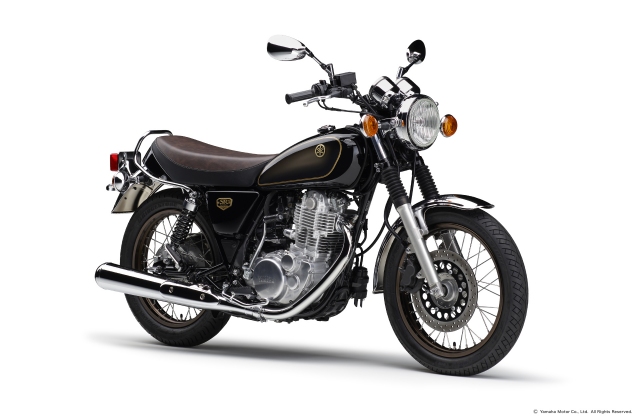 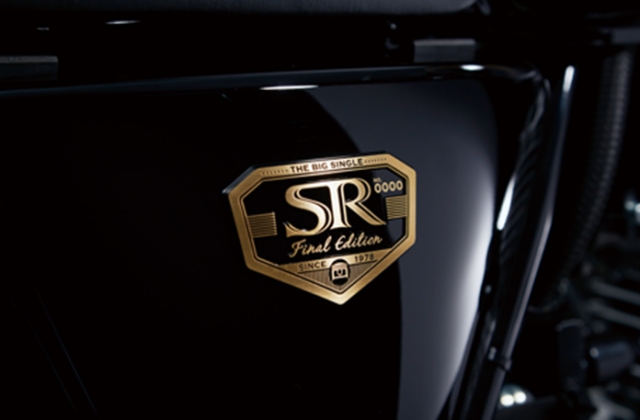 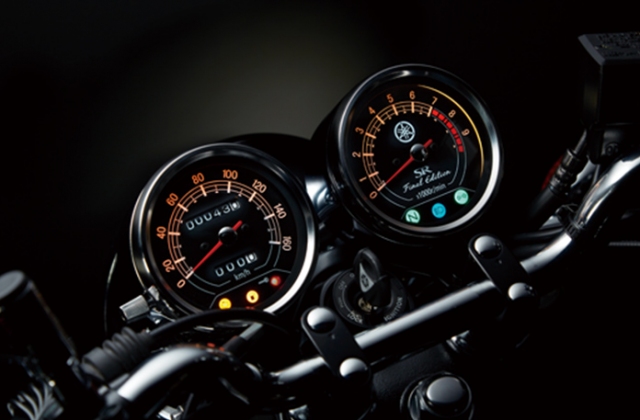 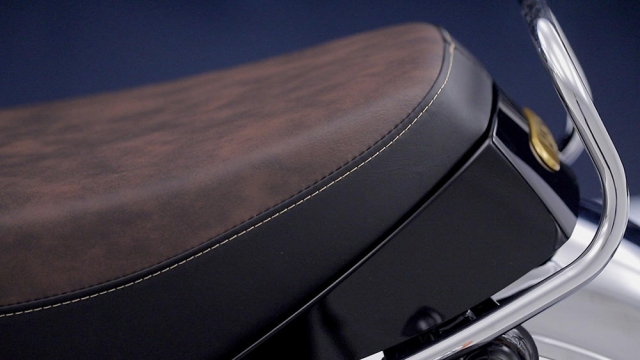 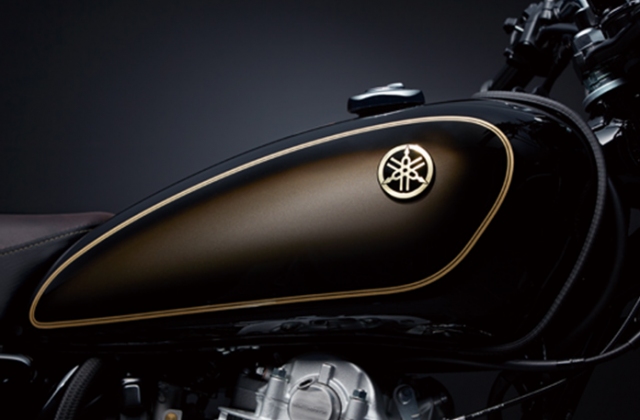 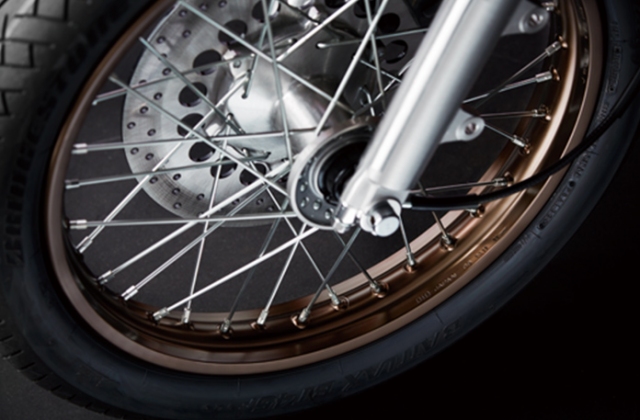 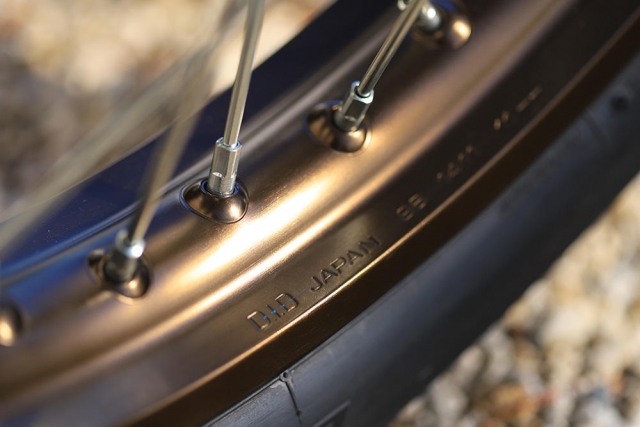 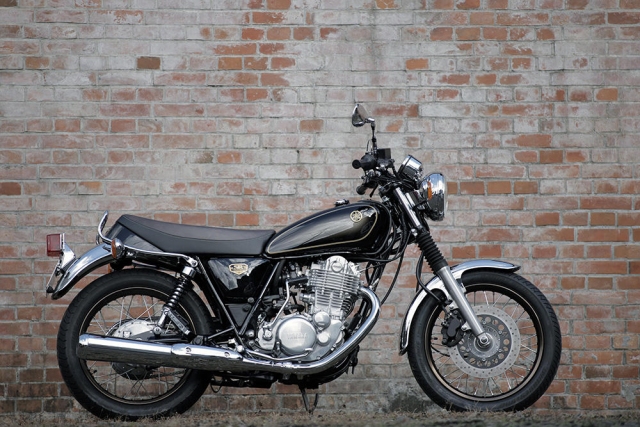