VIDEO: Even the budget performance cars of 1991 Japan were incredible 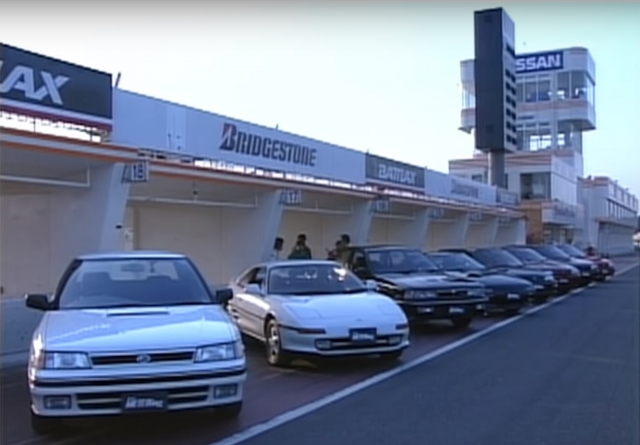 God, 1991. It was a magical time for Japanese machinery. Every carmaker was offering an extraordinary car in their lineup, sometimes several. The abundance was so great that even at the low end of the price ladder, you could get cars so fantastic you’d sing their praises from mountaintops if anything remotely similar was available today. Just look at these eight budget brawlers and tell us we didn’t have an embarassment of riches when it came to motoring fun.

In 1991, Best Motoring decided to test eight inexpensive cars to find the best choice for the broke-ass hashiriya. The only rule was they had to be 2.0-liter or less in displacement, thus qualifying them for reduced road taxes. And if the goodness of the cars doesn’t anger you, the sheer diversity available in this class will.

The Best Motoring crew run a number of quasi-scientific tests on the fleet. In the first video, that includes driving impressions on a winding road, 0-400m drags, and a short gymkhana course. It’s no surprise that Takashi Ohi rates the RX-7 and R32 subjectively the highest on the touge road, but despite some heavy hitter nameplates it is the Galant that wins the drag race and the Pulsar that wins the skidpad-to-slalom contest.

The second part is a typical Best Motoring circuit scramble, but the hilarious part is that the cars take their grid positions based on price. That puts the Civic first and the VR-4 last. The Pulsar, only the second cheapest car, absolutely walks away from the rest, but perhaps it’s also Akihiko Nakaya‘s skill that cinches the win.

In the end, after some behind-the-scenes joking from the eight drivers, Nakaya concludes that the Civic is the best overall in terms of bang for buck. Its lightness and handling are best for both novice and pro. For the more seasoned drivers who can handle the power, the RX-7 offers the best blend of speed and dynamics. Neither car won a test. He says that there’s so much choice, it would be best to buy the car that matches your driving skill and style, rather that just go for the one with the most horsepower.

That cornucopia of options is the real nut-meat here. Japanese makers were offering such a wealth of choices, even those with a light wallet could drive an interesting car. We didn’t know how good we had it.

5 Responses to VIDEO: Even the budget performance cars of 1991 Japan were incredible