EVENTS: Behind the scenes at the Paul Newman doc Winning premiere 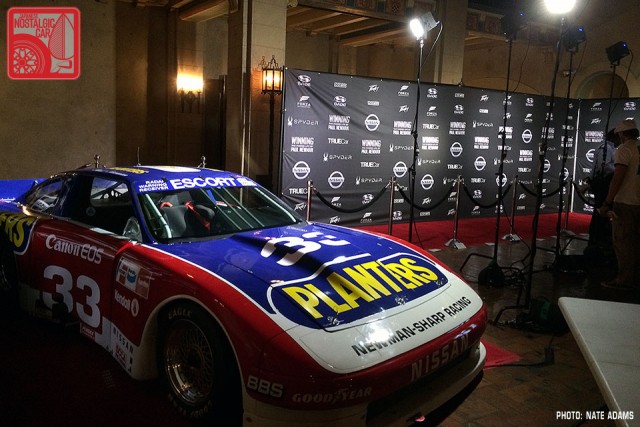 Last week was the premiere of Adam Carolla’s Paul Newman racing documentary in Hollywood. The movie was stellar, a must see for any Nissan/Datsun fan, and Carolla even brought several ex-Newman cars from his impressive fleet to mingle at the pre- and after-parties at the historic Hotel Roosevelt on Hollywood Boulevard. Here’s a peek behind the scenes at how the cars met the stars.

Winning: The Racing Life of Paul Newman featured reels of old racing footage. Newman spent a lot of time behind the wheel of Nissan/Datsun cars, winning the SCCA GT-1 championships twice  There was just one little problem: how do you get three non-street legal race cars into a 90-year-old building with absolutely no ramp access? 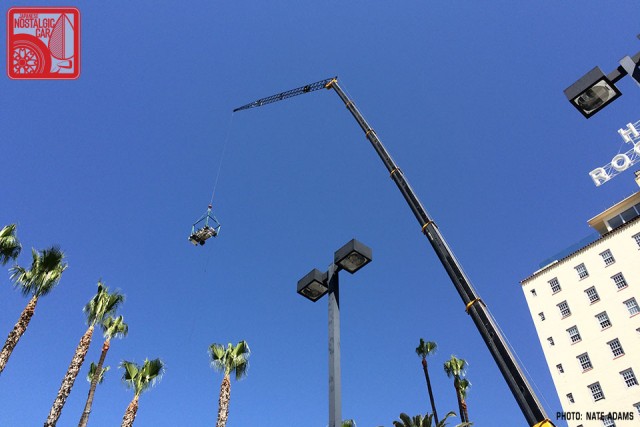 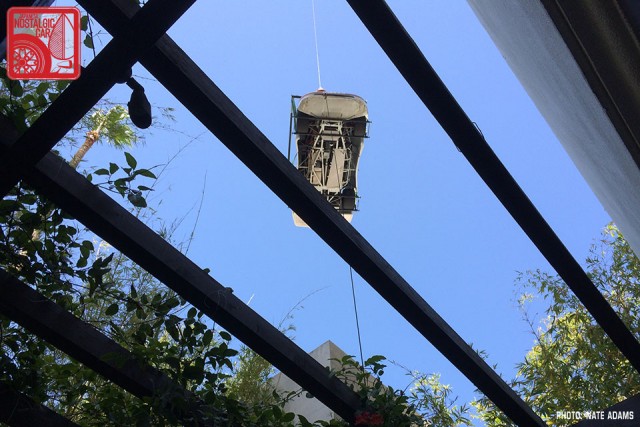 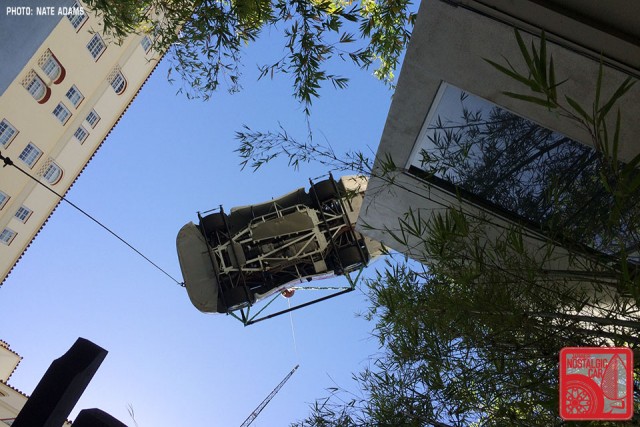 The giant arm hoisted each car over the hotel walls and lowered them into the central courtyard. 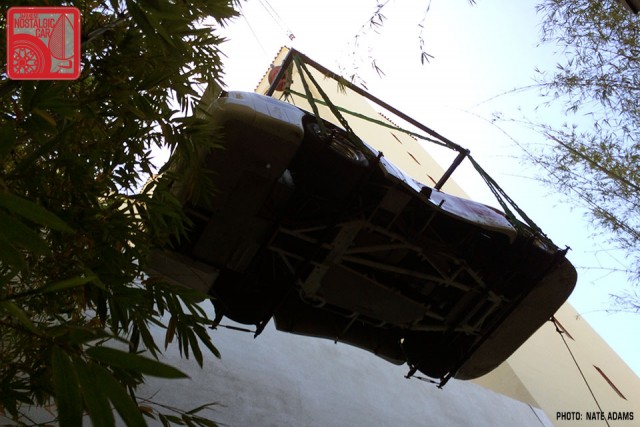 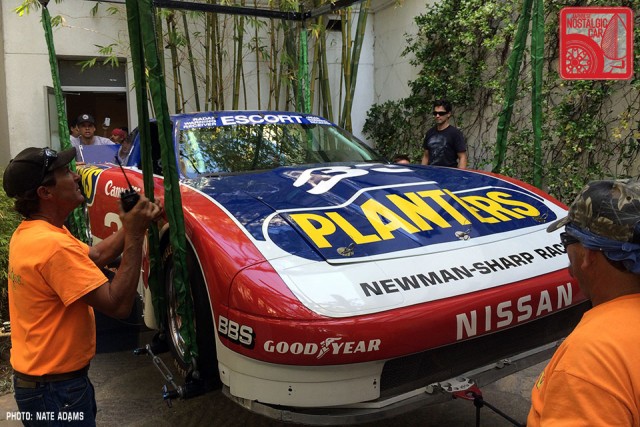 Then the crew rolled them into the bar and lobby area. It was a feat worthy of Errol Flynn, whose ghost, along with Marilyn Monroe’s, supposedly haunts the hotel. 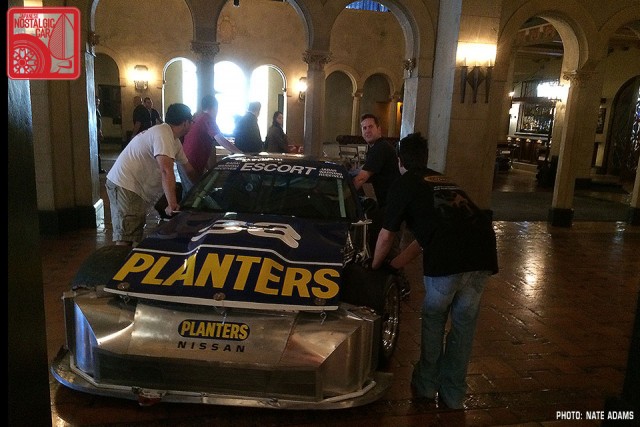 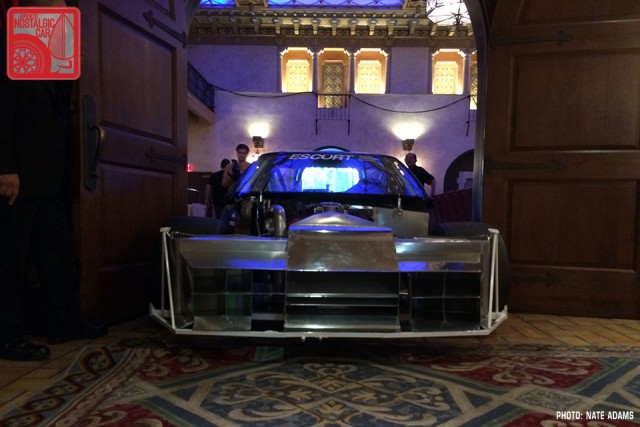 Fortunately, no spirits were awoken by the commotion, even when one of the cars tapped a wall. 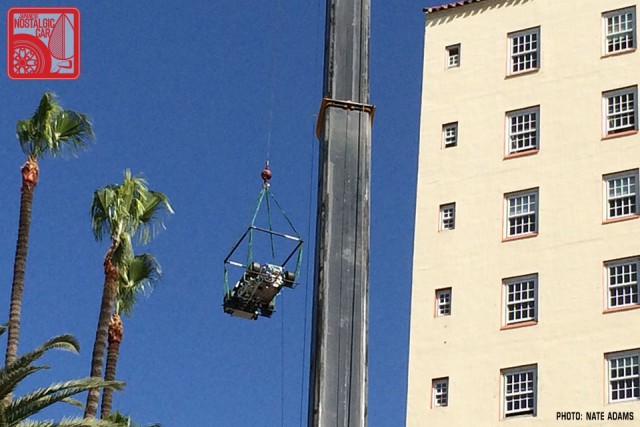 Nissan race cars have performed some amazing feats, but floating above Hollywood might be a first. Winning opens in select theaters and via on-demand May 22.

4 Responses to EVENTS: Behind the scenes at the Paul Newman doc Winning premiere