Alive Hoon, the first movie about pro drifting, has a trailer and behind-the-scenes video

It’s been over 20 years since the D1GP, the first professional drifting league, was born. So it’s a bit surprising that, in all this time, there hasn’t been a feature film about the sport (no, Tokyo Drift doesn’t count). But, that’s all about to change. With the somewhat clunky name of Alive Hoon, the first scripted movie about drifting is about to hit theaters.

Alive Hoon tells the tale of an e-sports racer, played by Shuhei Nomura, who tries his hand at driving a real car when he enters the world of professional drifting. The plot doesn’t look groundbreaking, from what we can see in the trailer. All the standard characters seem to be included. There’s the gruff manager and mentor, the tough guy rival, and a potential romantic interest with a female racer and/or team mechanic.

The trailer leaves little doubt that Nomura’s character is going to triumph in the end but it’s not the destination, it’s the journey. And on that point, the racing footage looks amazing, actually, shot tight with real cars, real sound effects, and real tire smoke. From the trailer, only a faraway shot on a winding road looks like it might have been sped up, but that’s about it. In Japan this is called a “CG Zero” movie, one that lacks any computer generated images. That’s impressive for a modern film, especially one that looks packed with doorhandle-to-doorhandle action scenes.

The realistic racing scenes were made possible by Alive Hoon‘s wealth of drifting talent. The driving was overseen by Keiichi Tsucihya, drifting scenes shot at Ebisu Circuit, and stunts performed by the world’s top professional drifters. A behind-the-scenes video reveals that Naoki Nakamura, Daigo Saito, Masato Kawabata, Masashi Yokoi and Max Orido all make appearances, either on camera or behind helmets piloting the picture cars. 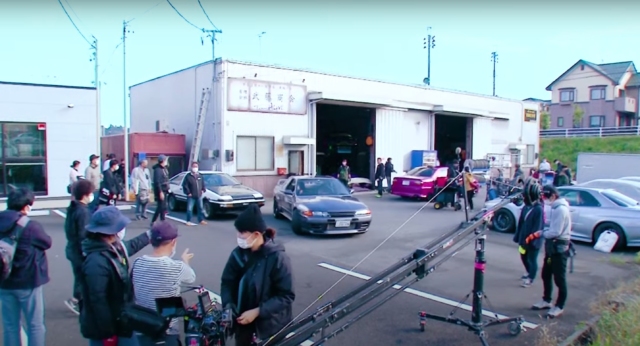 Speaking of cars, from what we can see they are wholly authentic to the drifting universe, no RB-powered Mustangs here. The action shots are replete with S15 Nissan Silvias, some of which are painfully crashed, and a brief scene at a garage features a panda Toyota AE86 and a couple of R32 Skyline GT-Rs lurking about. 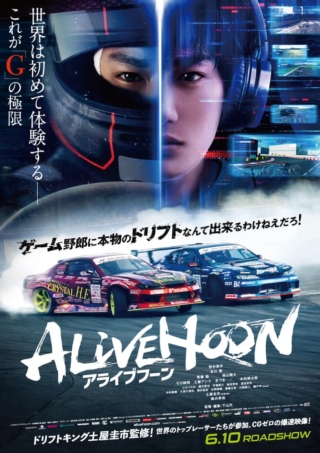 You may notice that a new GR Yaris and A90 Supra featured prominently in the behind-the-scenes footage, and that’s because Toyota Gazoo Racing is a sponsor of the film. It probably also explains why Nomura’s car is a JZX100 Chaser for much of the story. Presumably, the new GR86 was too new to be included during filming.

For a product placed movie, though, it’s refreshing that not every single car is a Toyota. With Toyota’s vast empire of brands, it could have easily turned into a Matrix Reloaded-style marketing barrage in which every vehicle was a Toyota, Lexus, Daihatsu, or Hino (with partially-owned brands like Subaru and Mazda thrown in). In fact, the Nissan content is downright generous, with a new R35 GT-R in one scene and a pair of S15s featuring prominently on the official movie poster. Similarly, tire sponsors Yokohama, Toyo and Nankang all share the spotlight.

As expected there’s no word on a US release, but Alive Hoon hits theaters in Japan on June 10, 2022.

3 Responses to Alive Hoon, the first movie about pro drifting, has a trailer and behind-the-scenes video