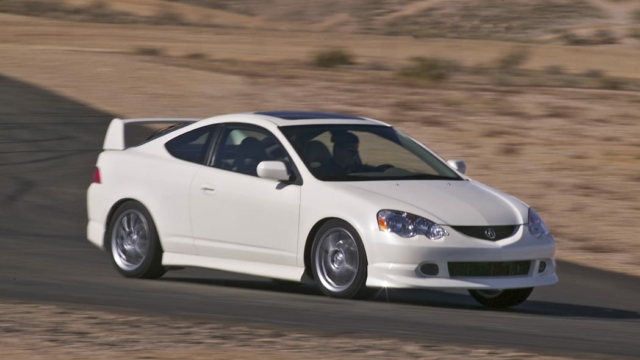 Acura has filed for a trademark for the name “Integra Type S”. It’s been just two weeks since they melted the internet by surprise-announcing the return of the Integra nameplate in 2022, and now they’ve taken the additional step of appending the Type S sport performance moniker to it. 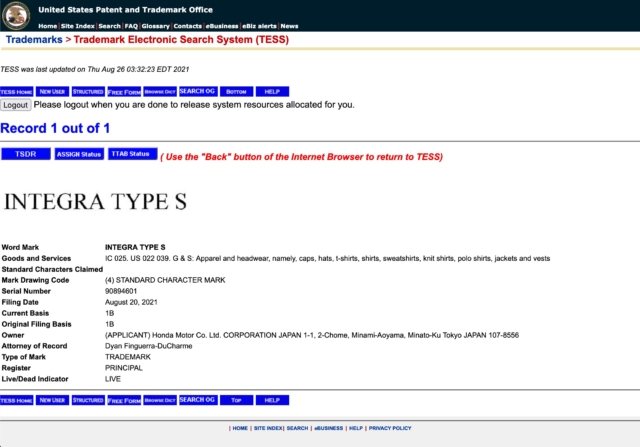 The filing was discovered by Carscoops and submitted on August 20, a little over a week after the Integra announcement. Bizarrely, the category under which Acura has filed for the trademark is “Apparel and headwear, namely, caps, hats, T-shirts, shirts, sweatshirts, knit shirts, polo shirts, jackets and vests” rather than “Motor and land vehicles”. Either Acura is planning to put a car behind the Type S dad caps, or they’re just going to put a decade-and-a-half old moniker on some empty swag.

Actually, to call the Integra Type S name a decade and a half old isn’t entirely accurate. By the time they rolled out the high-performance Type S badge, the Integra had become the RSX. Still, it was impressive. Base RSXes had 160 horsepower, but the RSX Type S boasted 200 to 210, depending on the year. The Type S came with upgraded suspension and brakes, and only came with a 6-speed manual transmission. 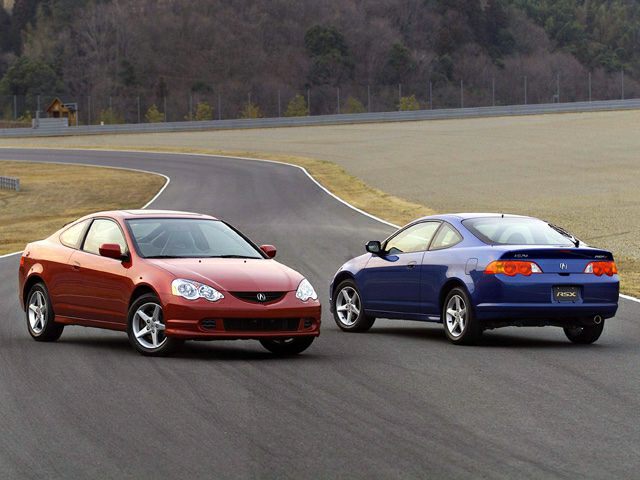 While Honda felt it didn’t deserve the Type label, as it lacked the weight reduction and helical LSD and other goodies of Japan’s Type R, it was still a potent package. Regardless of what it was called, though, it was the last car introduced here by Honda that had some connection to the JDM golden era of tuning. If the new Integra Type S can provide the kind of performance bonus the RSX Type S did, there’ll certainly be some celebration amongst disciples of Soichiro.

Japanese car fans certainly can’t bear any more disappointment, so hopefully this will be more than just a T-shirt. Nissan recently filed for the Fairlady Z trademark for everything from clocks to jewelry, but Ford got the Skyline trademark for actual cars. If they’re going to use Integra Type S on car, Acura should probably file that trademark application yesterday.

permalink.
This post is filed under: Next Version and
tagged: acura, honda, integra, RSX.