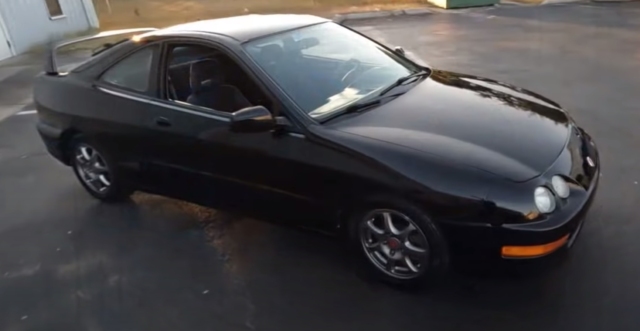 You hear about the “little old lady” driven sports cars still with their original owners, but how many of those stories are actually true? In the case of one Acura Integra Type R, the story is not simply myth. The husband and wife who own the ITR are 86 and 84 years old, respectively. And thanks to a generous shop and crowdfunded donors, this epitome of Honda engineering has been reconditioned for the world’s coolest grandparents.

About a decade ago, a photo of a gray-hared woman behind the wheel of a Flamenco Black Pearl Integra Type R made the rounds on internet forums. No one knew who she was, and for years the driver and car remained a mystery.

Fast forward to 2022. A shop called LHT Performance of Pinellas Park, Florida posts a series of YouTube videos about a black Integra Type R owned by an 86-year-old man named Bill. Lo and behold, it was the same car, now at the shop with a check engine light. A new distributor later, the car was back in Bill’s hands.

Viewers of that video (above) were so impressed by Bill that they suggested LHT bring the car back for a clean-up. LHT thought it was a great idea and promised they would donate three days of labor if viewers would pick up the tab for parts. A crowdfunding campaign was started, and before they knew it they’d reached the modest goal. They called Bill back and asked him to bring the car in.

The end result was an amazing job reconditioning the well-used Integra Type R, which had seen 195,000 miles. LHT thoroughly scrubbed the interior, which was no small feat given the difficulty of cleaning Alcantara, polished the exterior, and fixed a bent O2 sensor and other minor issues. Bill’s only request was that the red valve cover, the centerpiece of the B18C engine, be restored. Instead, LHT replaced it with a new OEM unit, changing the timing belt in the process.

The end result was a masterful transformation. When presented with the car, Bill’s wife didn’t even recognize the wheels, which were brought back to gunmetal and their center caps revived. The donors wanted to make each drive in the Type R a beautiful experience for Bill and his wife. The noble effort seems to have paid off, and we hope they have many more years of enjoying this brilliant machine.